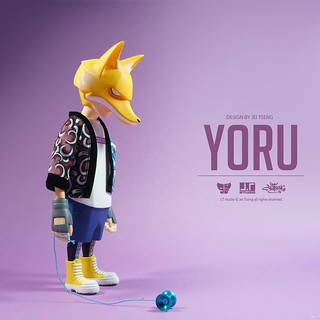 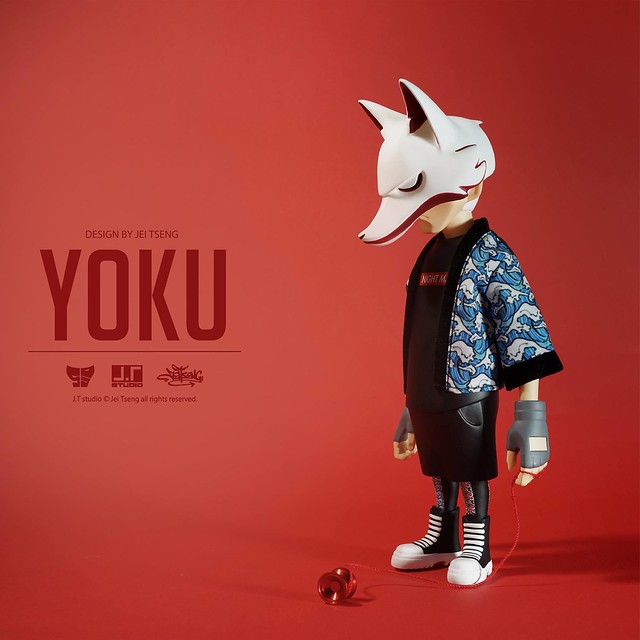 Just like the previously released Monkey King and Pigsy, the YORU and YOKU brothers have appeared as 12-inch figures in the past. Retaining its character trait and stylish design, made with vinyl and deformed scale. YORU's cool and cute style is... enticing. 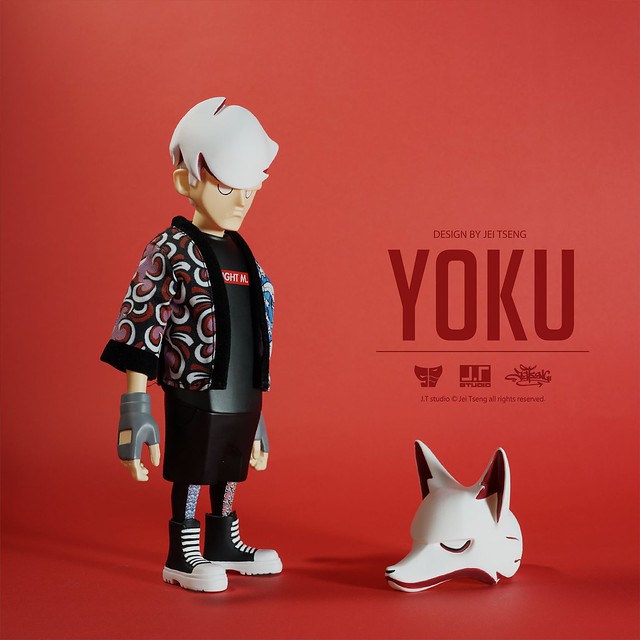 YORU twin brother, since they were kids YOKU like doing the same thing as his older brother. Ever since YORU started yo-yo, YOKU began learning along with YORU, but his skill was never a matched of and always below his brother, to a point where everyone thought YOKU was just a second-rate YORU, which causes YOKU to grew envy and hatred, that made "Night M." to bring him into their clan. Backstory comes from J.T studio's Facebook fan page. 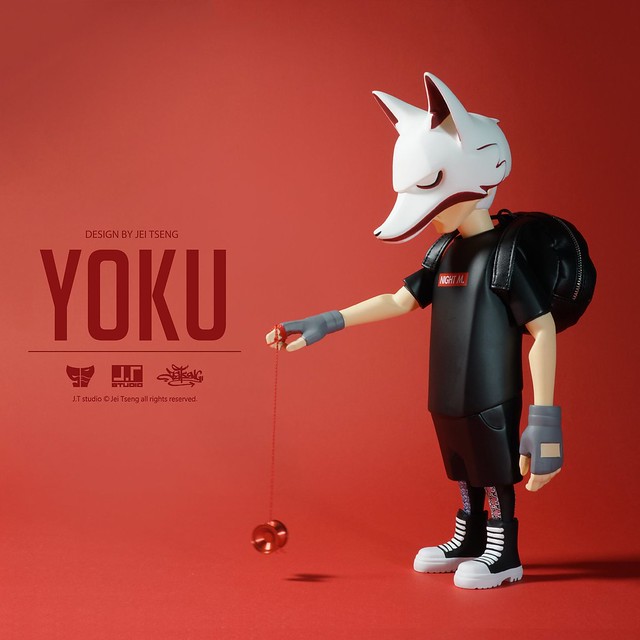 YOKU - 8" Vinyl series stand around 21 cm, covered with white hair, dressed in black to highlight YOKU's darker side. The top has Night M. printed on it, and the white fox mask has beautiful red spots. Accessories include asymmetrical pattern jacket, artificial leather backpack, and a red yo-yo. 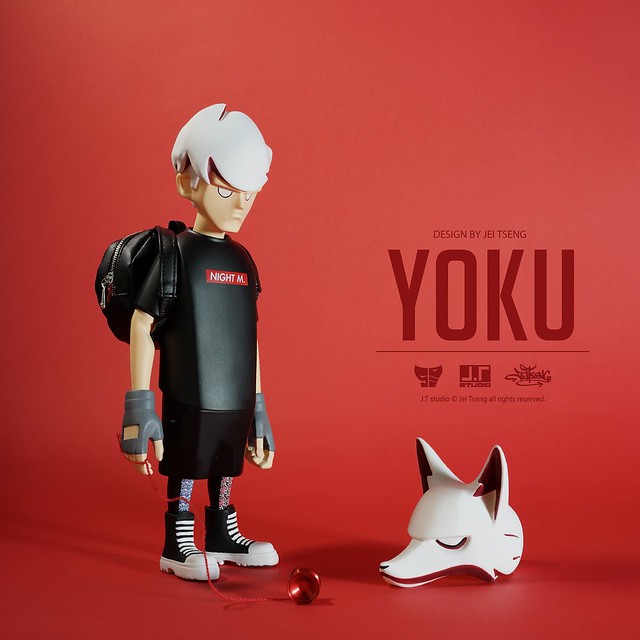