"Whatever you do, don't fall asleep!" MEZCO ONE:12 COLLECTIVE Freddy Krueger 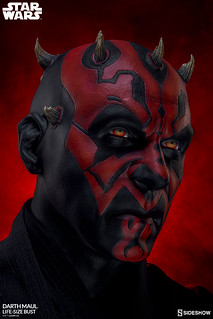 Famous toy brand MEZCO's ONE:12 COLLECTIVE action figure series includes many characters from horror movies. After releasing Micheal Mayers from 'Halloween' and Jason from 'Friday the 13th' it announced another classic horror character, Freddy Krueger from 'A Nightmare on Elm Street', estimate shipping in Q3 of 2019. 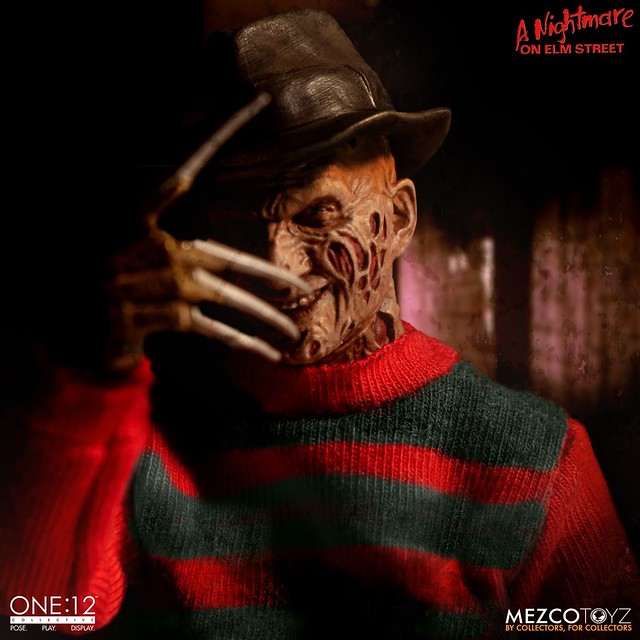 Creepy murder Freddy Krueger from 'A Nightmare on Elm Street' was bullied relentlessly as a kid for his strange behaviors. His stepfather is white trash who drink and assault him, bringing him closer and closer to the edge; After killing his father he became a serial killer, murdering 20 kids from 1963 to 1966. In the end, Freddy was attacked and burned alive by the parents of his victims. Before he died, he made a deal with the devil and returned several years later, appearing in teenagers' dreams and killing them in all kinds of scary, creative, and disgusting ways... 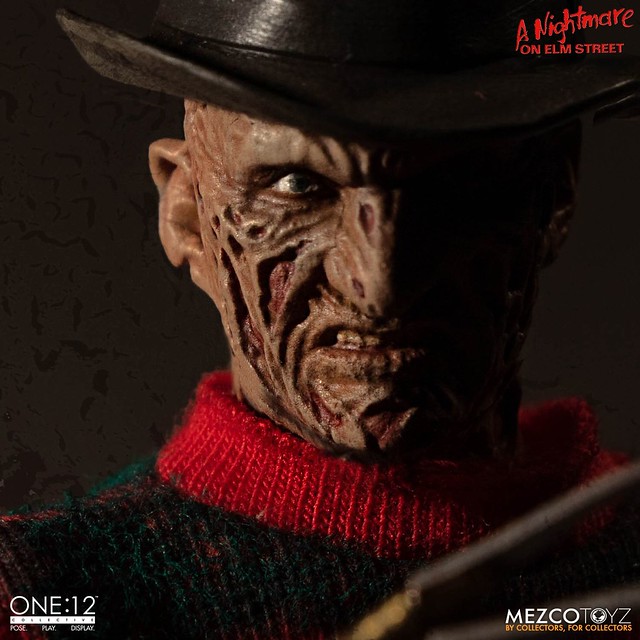 ONE:12 COLLECTIVE Freddy Krueger stands 16 cm with 30 points of articulations. Wearing a red and green strip sweeter, Khaki pants, and fedora hat, the most amazing part is that sickening head sculpt, with detailed wrinkles and burned skin and delicatly painted bring out chilling visual quality. Four head sculpt is included including the face torn off version. There's also alot of exchangeable hands including signature glove and left hand with ring and pinky finger chopped off and spewing green juice. The accessory includes a garbage can lid, and the base has the movie's poster printed on it. 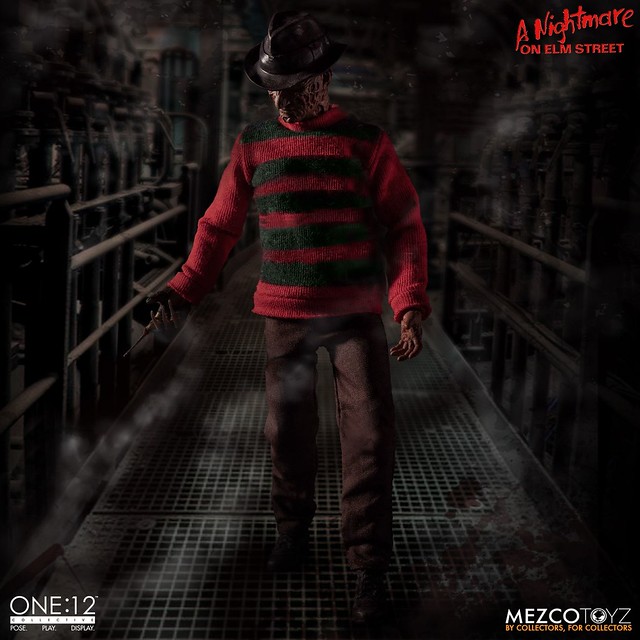 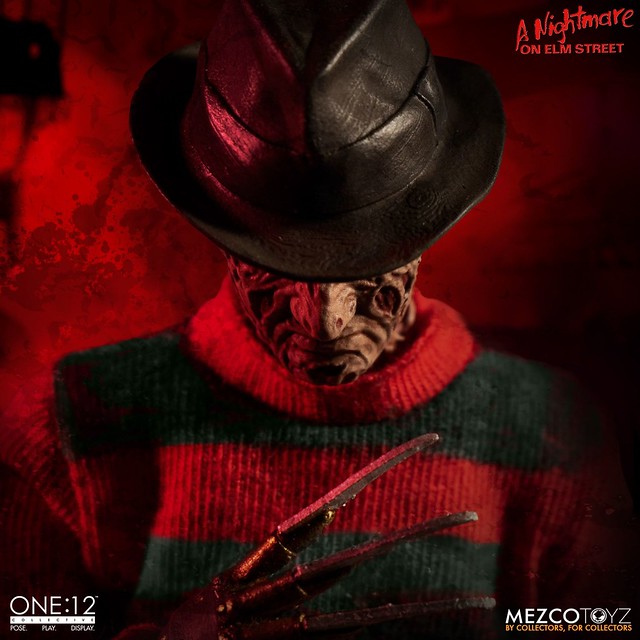 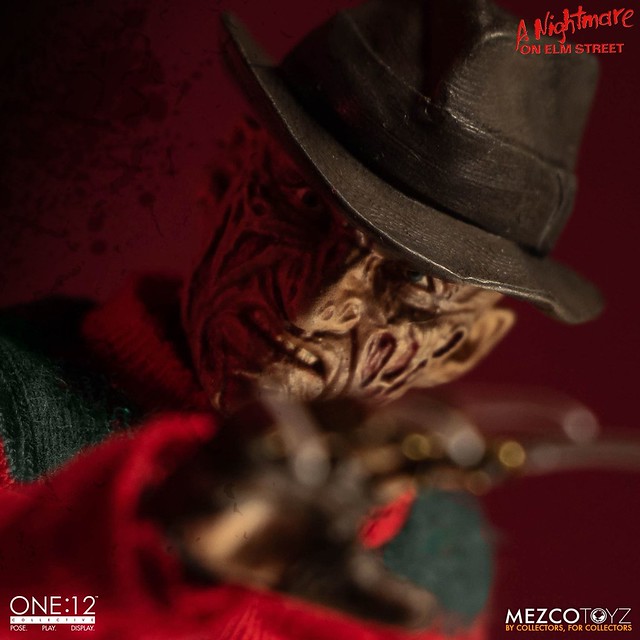 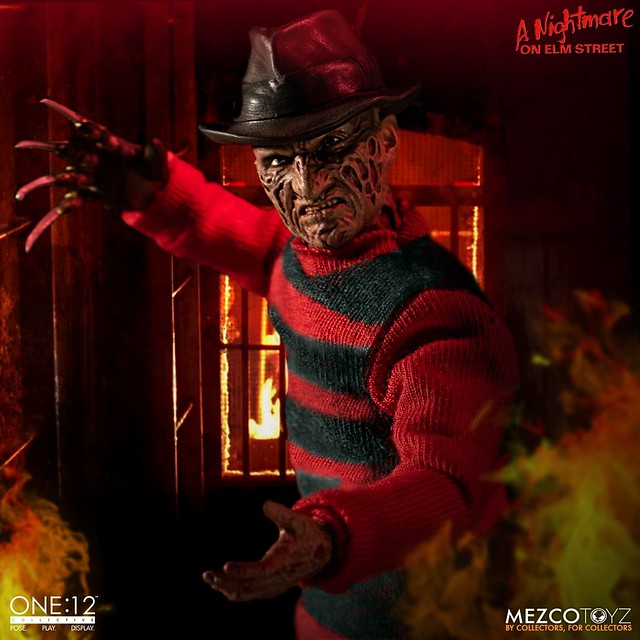 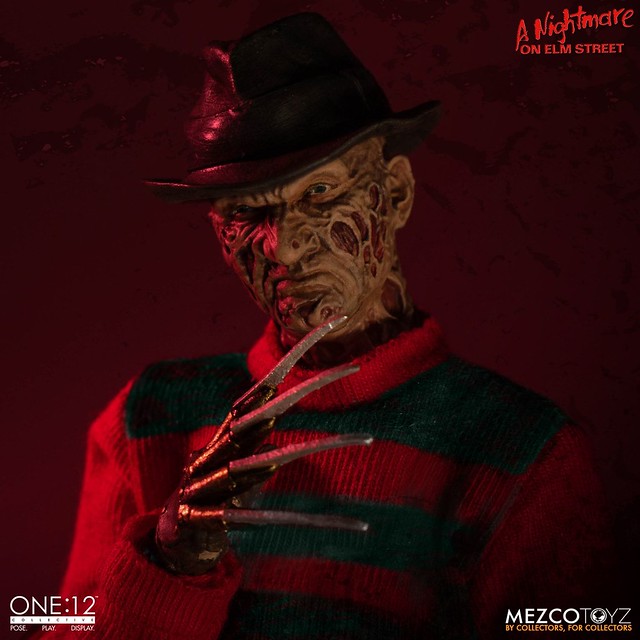 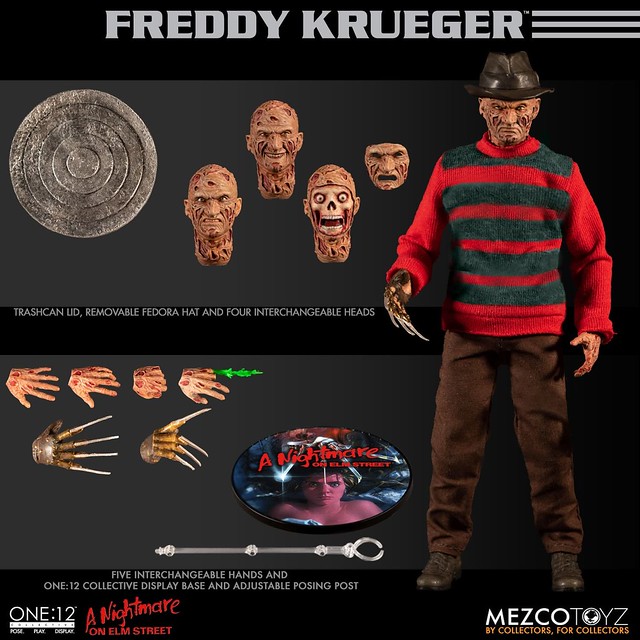