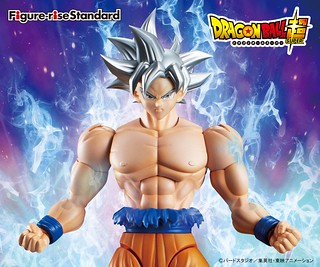 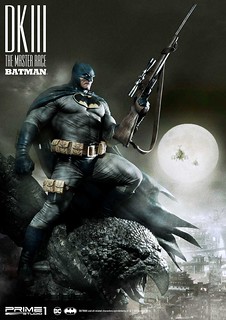 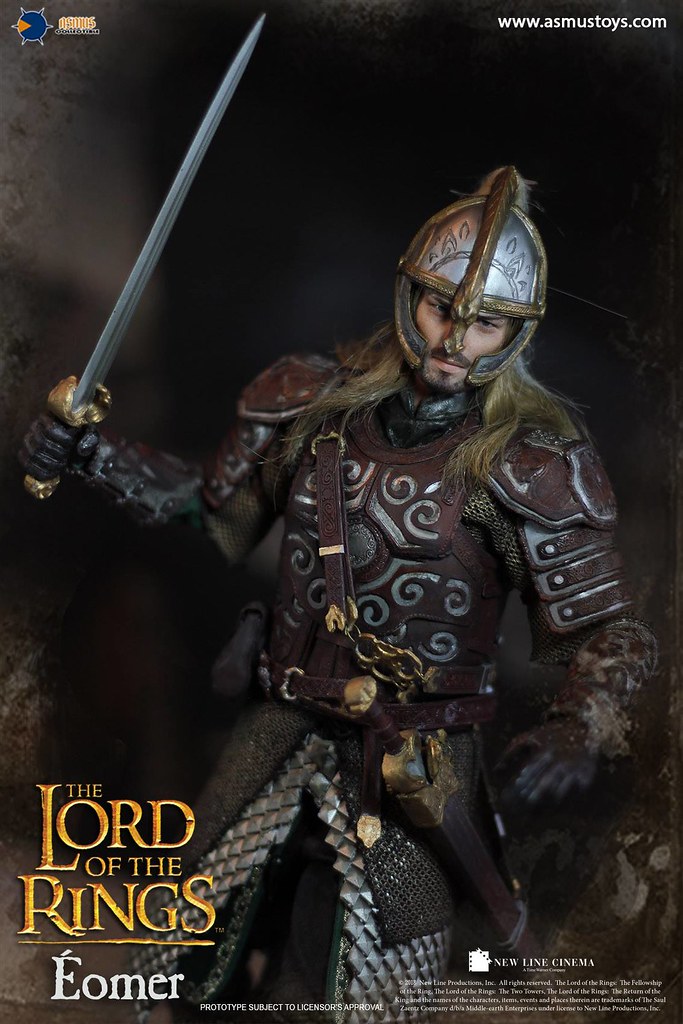 Éomer is the third Marshal of the Riddermark, commanding the powerful Rohan Cavalry. Although exiled in the first half of The Lord of the Rings: The Two Towers by King Théoden, who is under the influence of Gríma Wormtongue, his men still followed him for he wins everybody's heart. At the end of the Battle of the Hornburg, which is the fifth day of dawn promised by Gandalf, Éomer and his one thousand cavalries appeared with Gandalf on the tip of the mountain on the other side of the battlefield; After Éomer shouted "Rohirrim! To the King!", the army charges into battle with no fear, turning the tide. 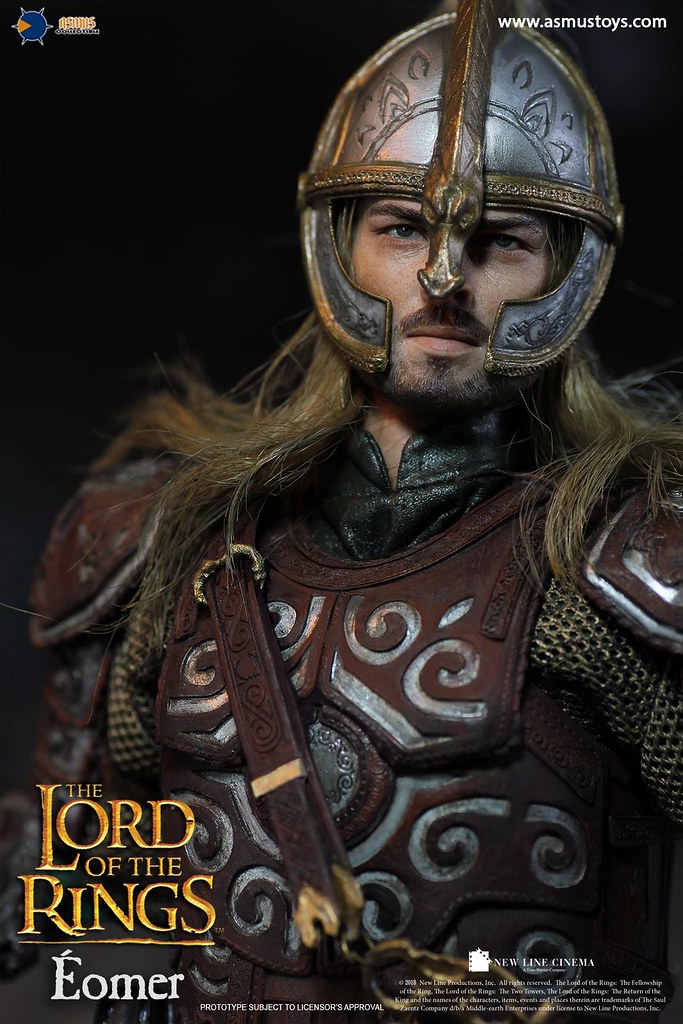 Éomer 1/6 Scale Figure stands 30 cm with a total of 32 points of articulation. Based on the design from the movie, faithfully recreated this brave Rohan Knight! Armor is made with the compound material and covered in delicate paint. The uniform has artificial metal, leather, fabric, chainmail, shin armor, and scale armor skirt. The engravings are also recreated as close as possible. The head sculpt used Hair transplantation to create its long hair and beard, but the face still doesn't look quite like Karl Urban. Weapons include Gúthwinë with scabbard and Rohan spear! 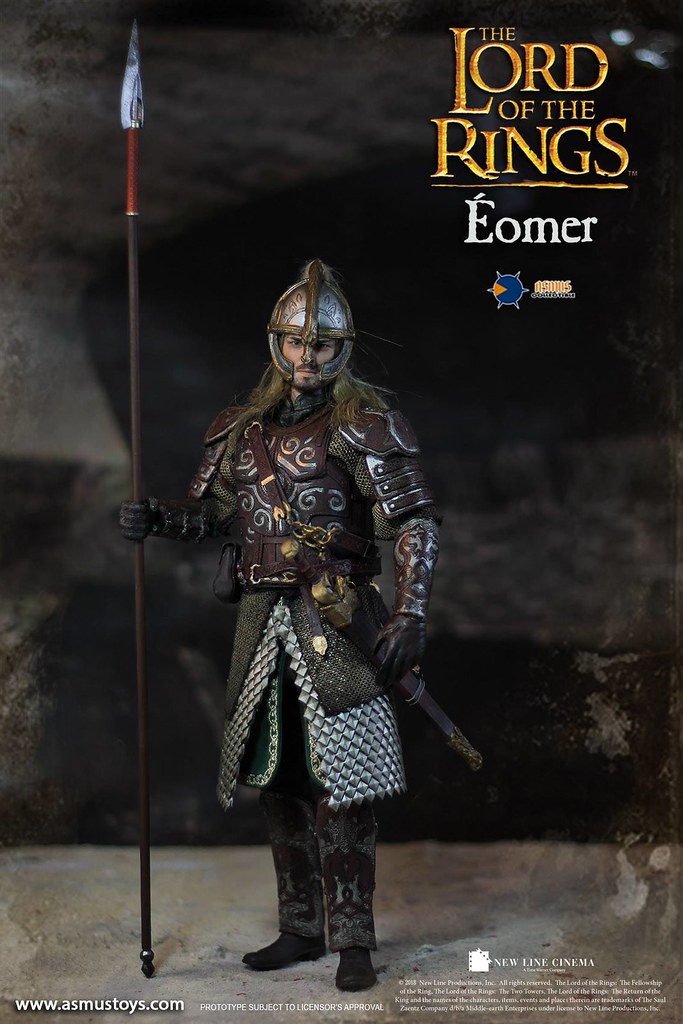 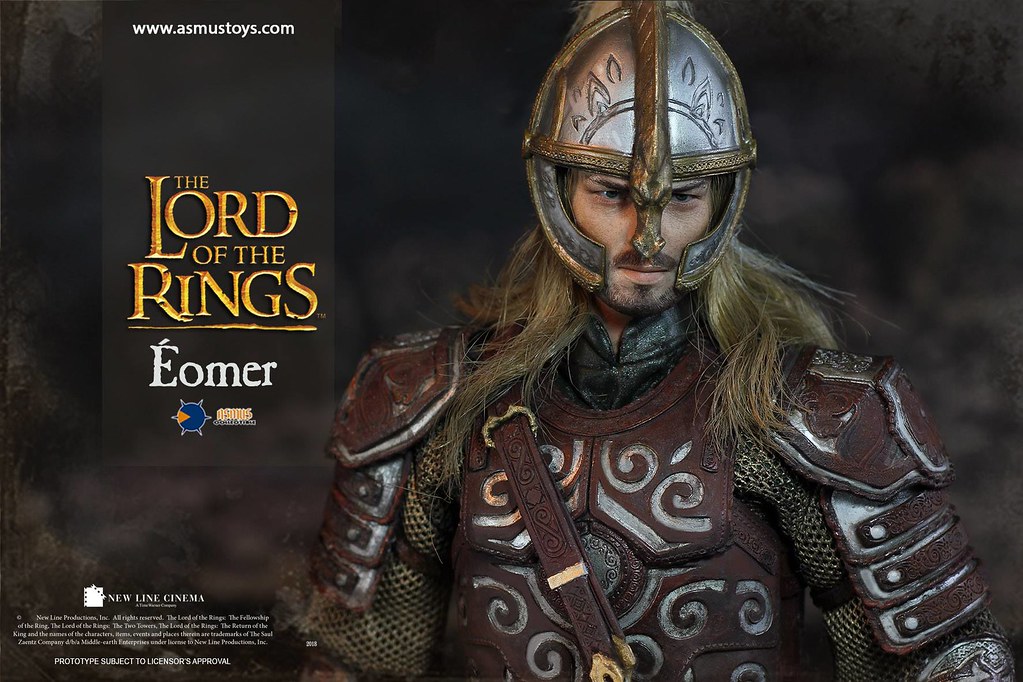 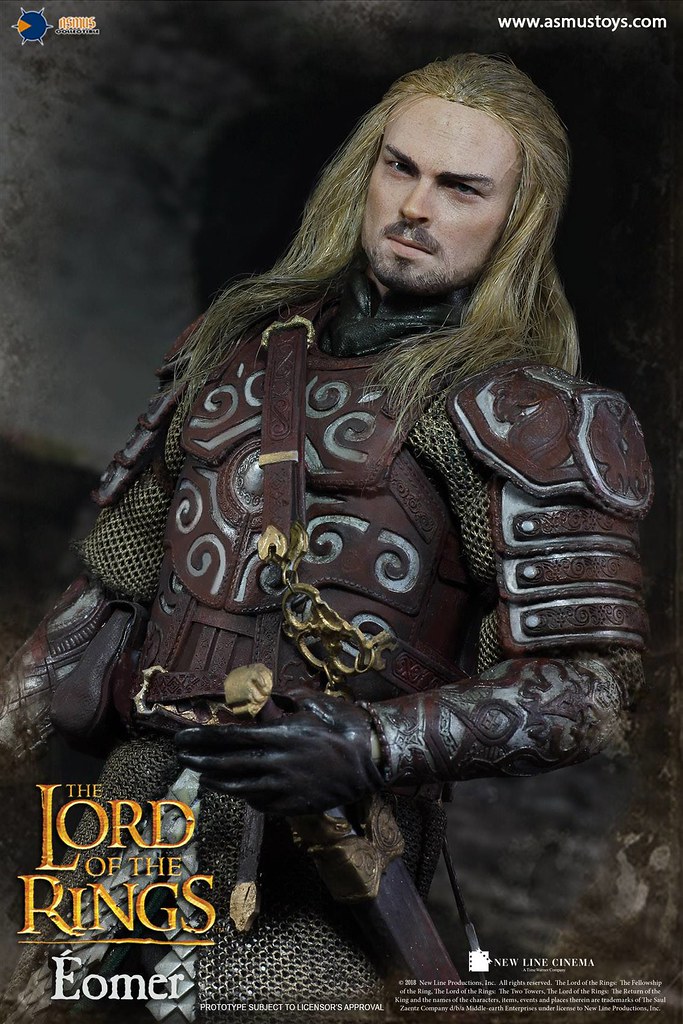 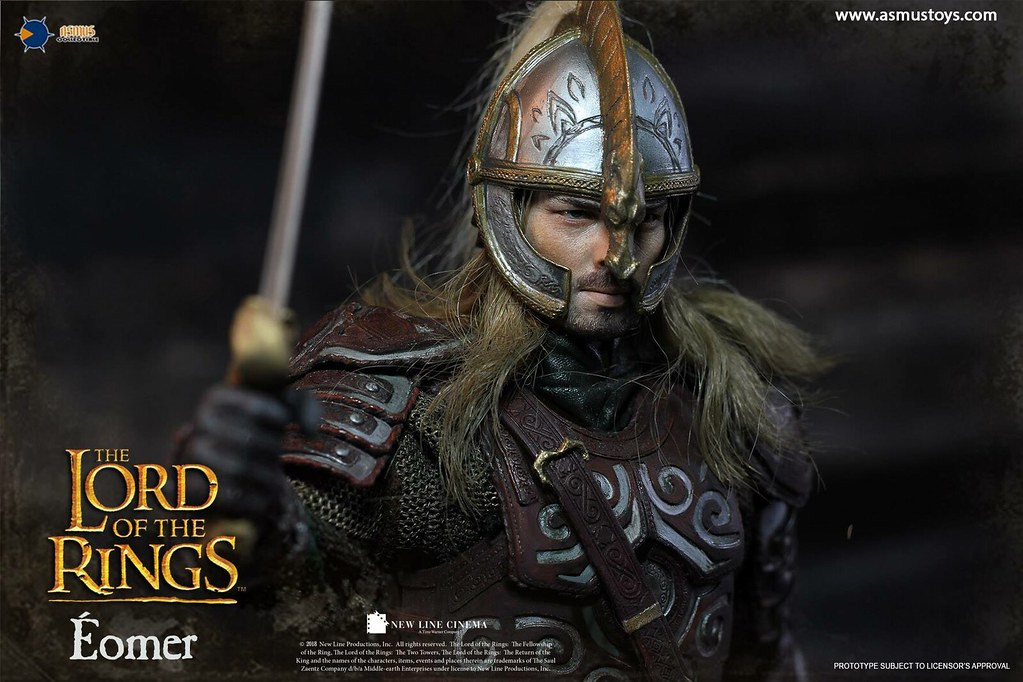 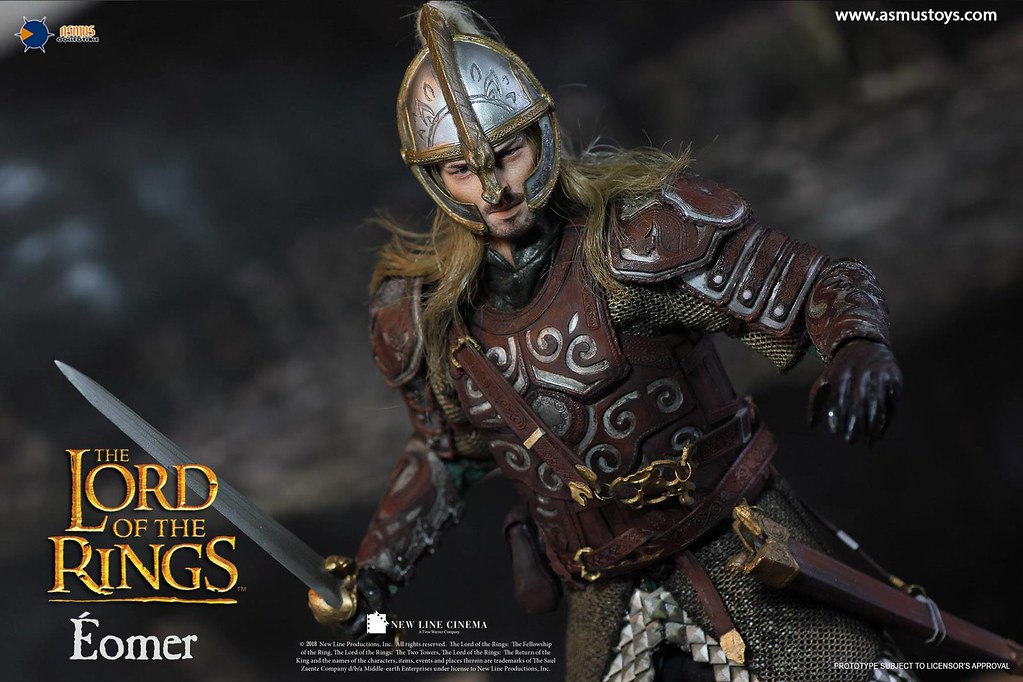 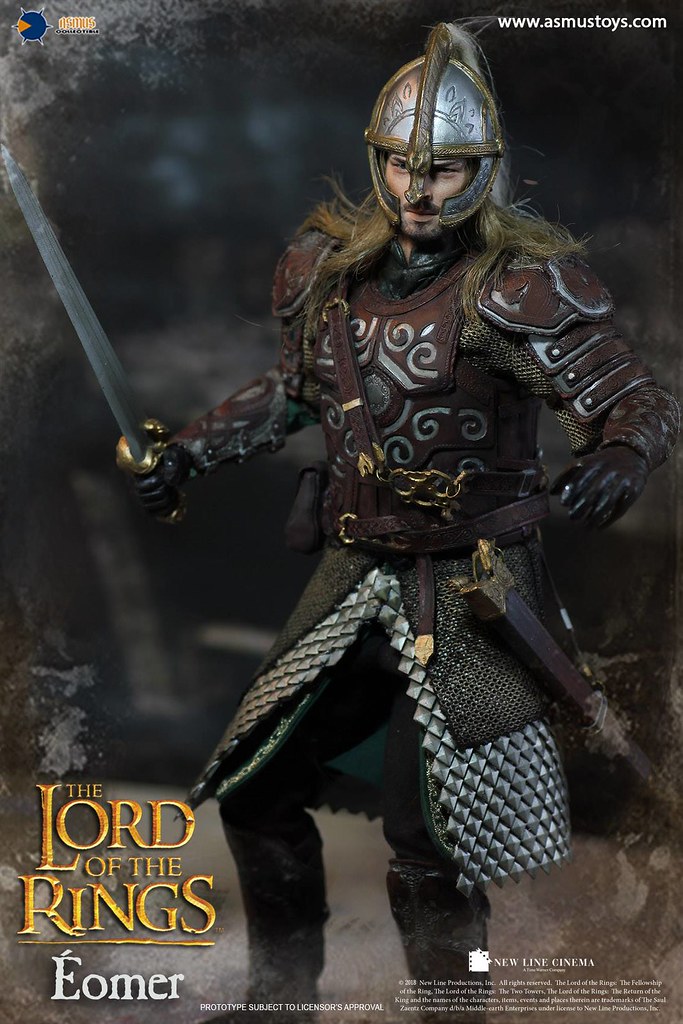 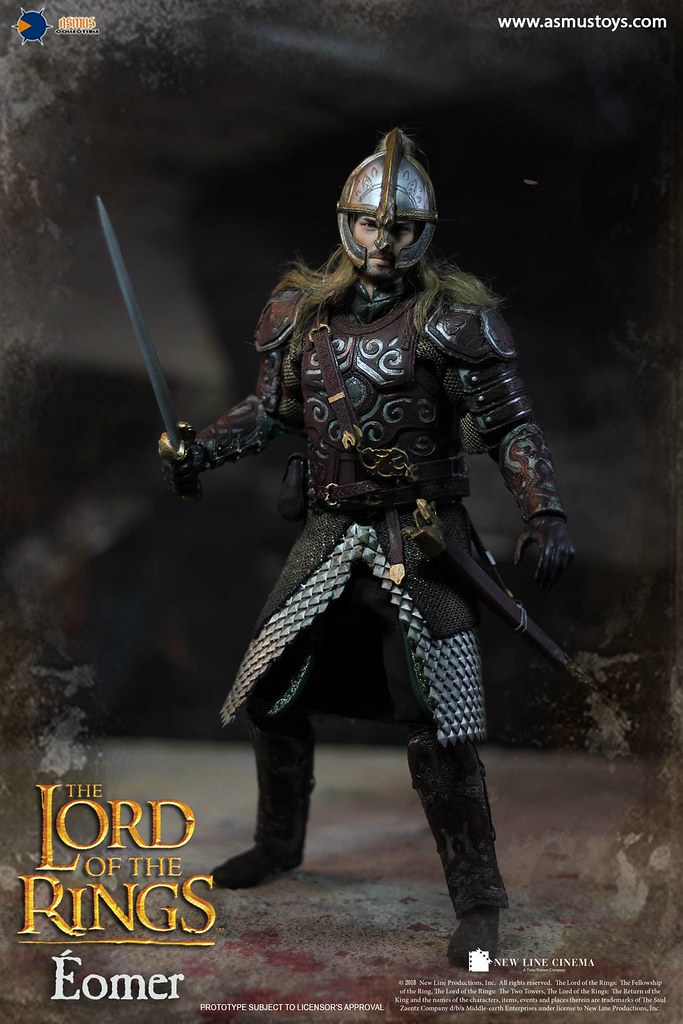 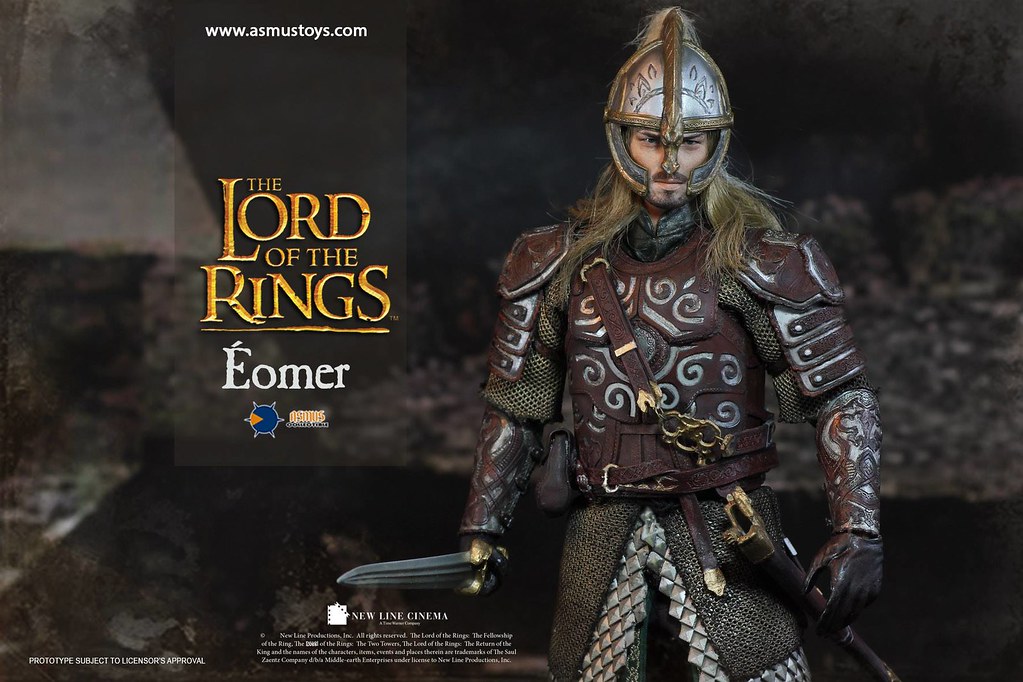 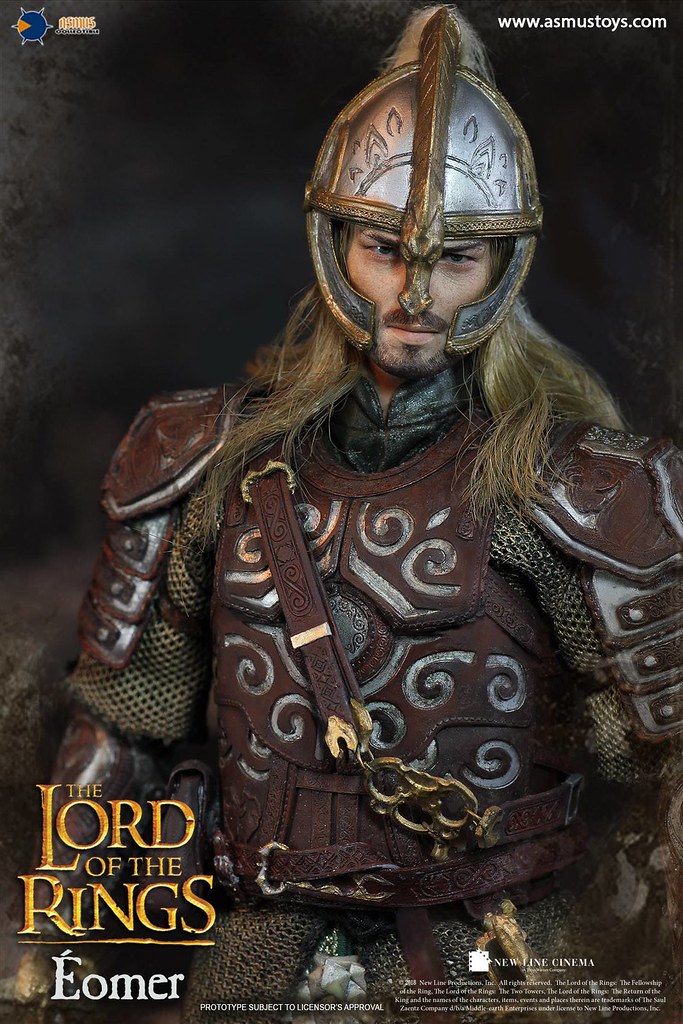