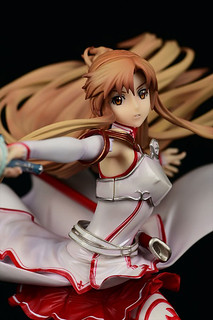 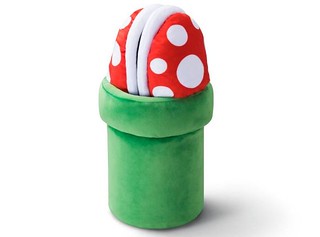 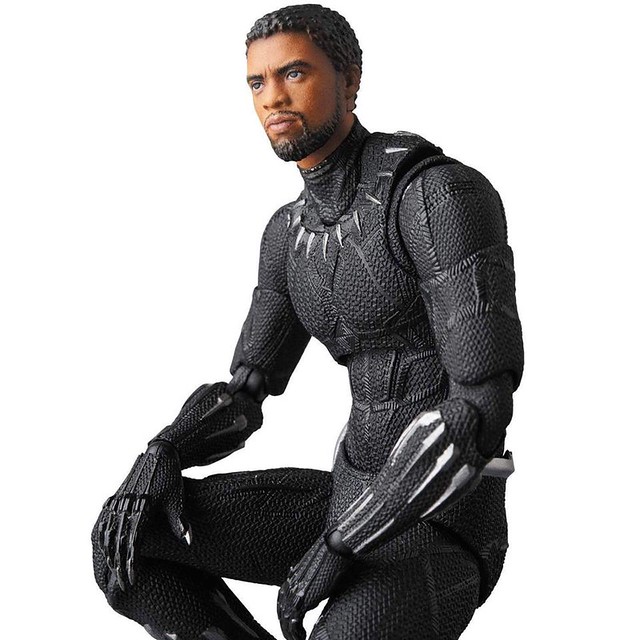 Due to his father T'Chaka died in a terror attack, T'challa inherited Black Panther's mental, gaining superhuman speed, power, and the Panther Habit. In Avengers: Infinity War to prevent the Outriders from going around and getting Vision, T'challa ordered the shield to be open to attract the outrider army's attention. 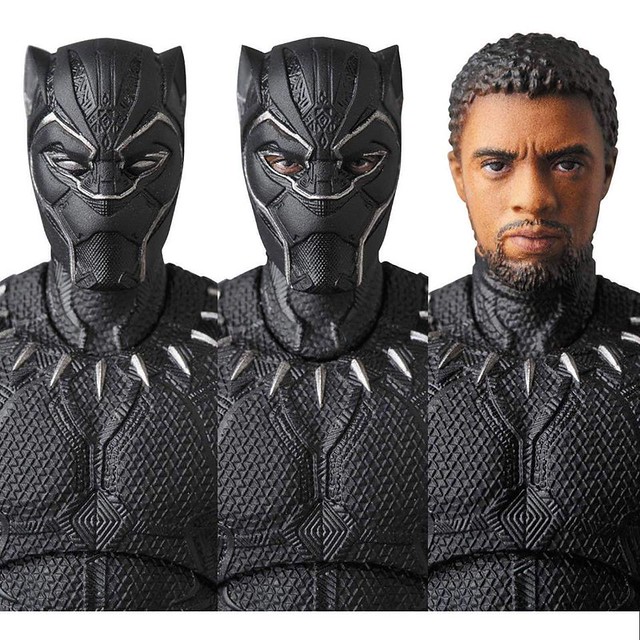 Mafex Black Panther stand 16 cm, based on the movie's design and recreated the silver sheen suit. The complex pattern is detailedly sculpted, and the most exciting thing is definitely Chadwick Boseman's head sculpt! Head sculpt also includes masked, masked with eyes, a total of three versions. Plus multiple exchangeable hands and Wakanda dagger made this figure worth it! 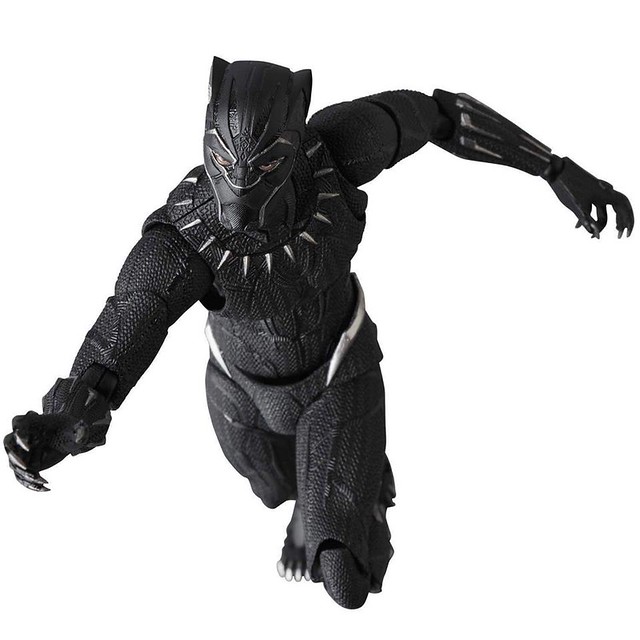 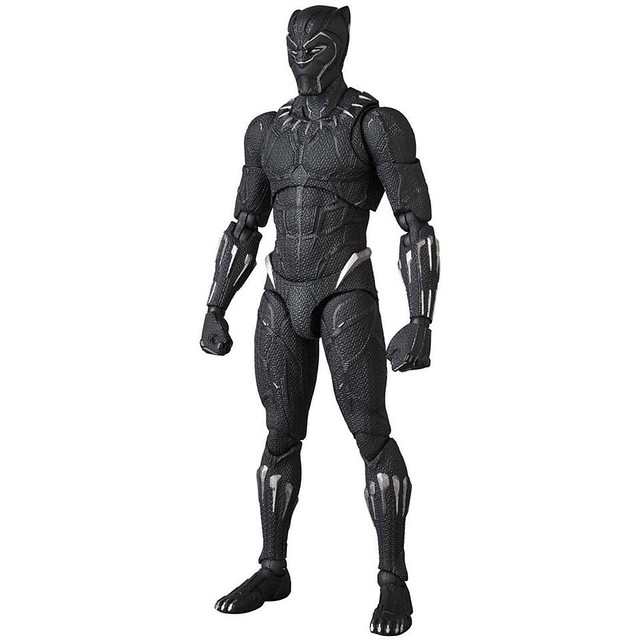 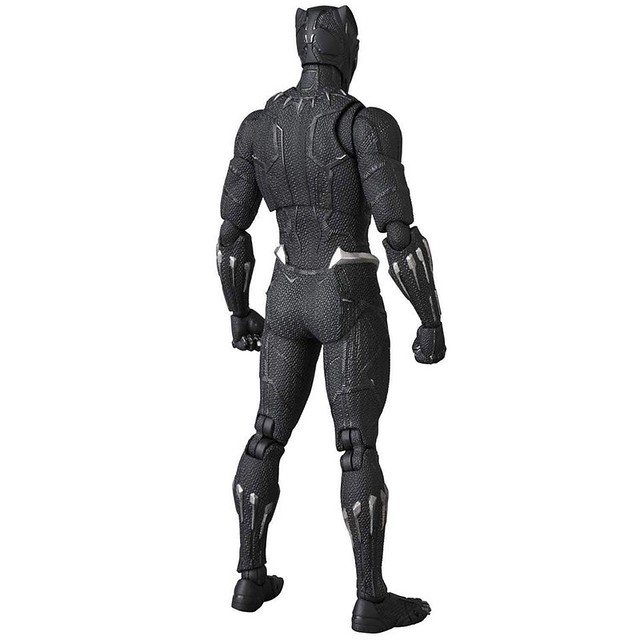 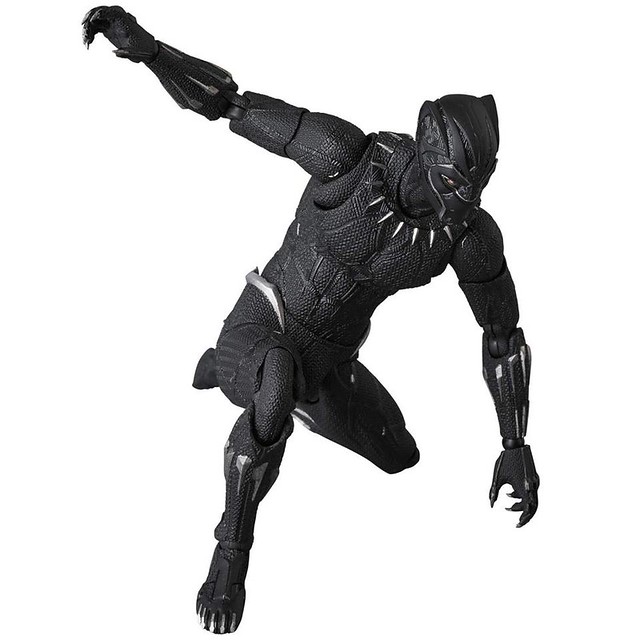 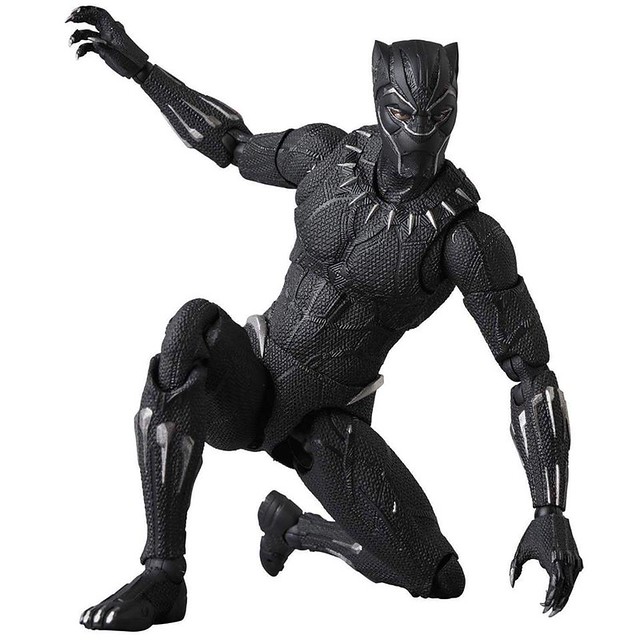 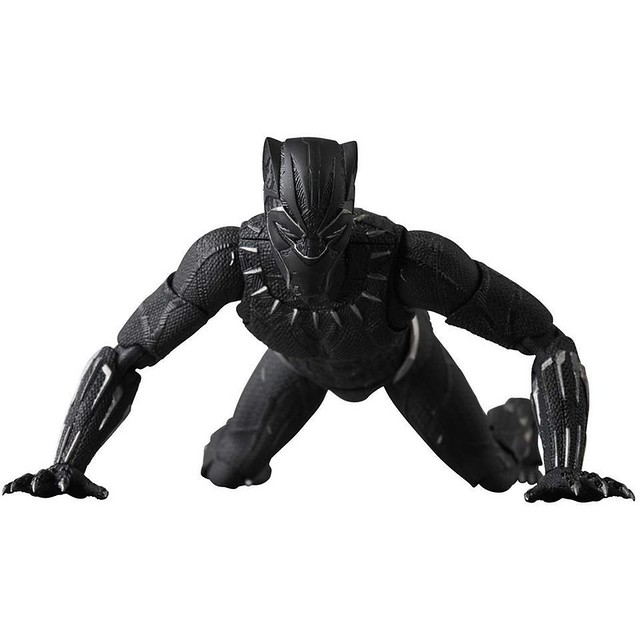 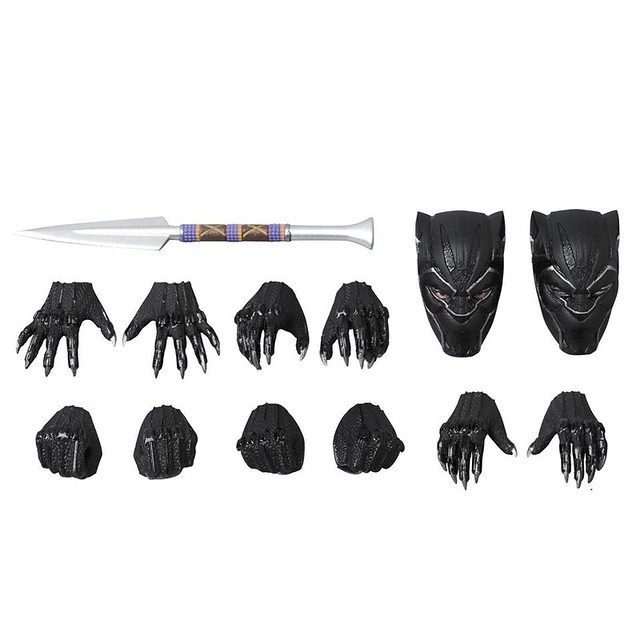