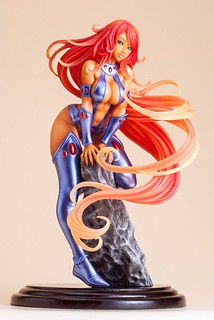 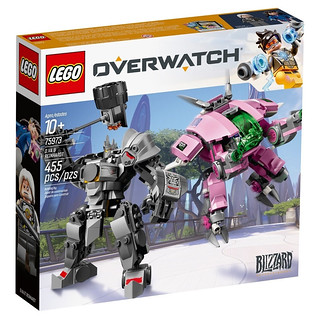 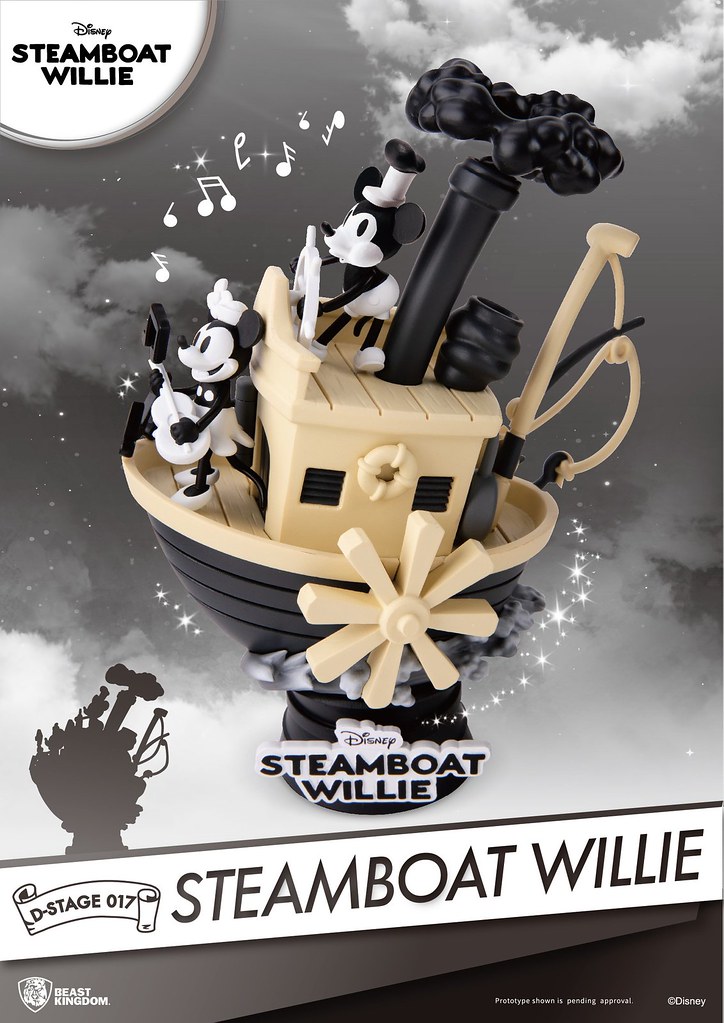 The black and white cartoon Steamboat Willie that first debut on the silver screen in 1928 was also Mickey Mouse's first appearance. Cheerfully whistling and wheeling, Mickey quickly captured the audience's heart, the life-like steamboat is also classic and cute! Minnie chases the steamboat and a goat turned into a music box after eating the score and guitar is super fun; Even after 90 years Steamboat Willie is still interesting and filled with unexpected creativity. 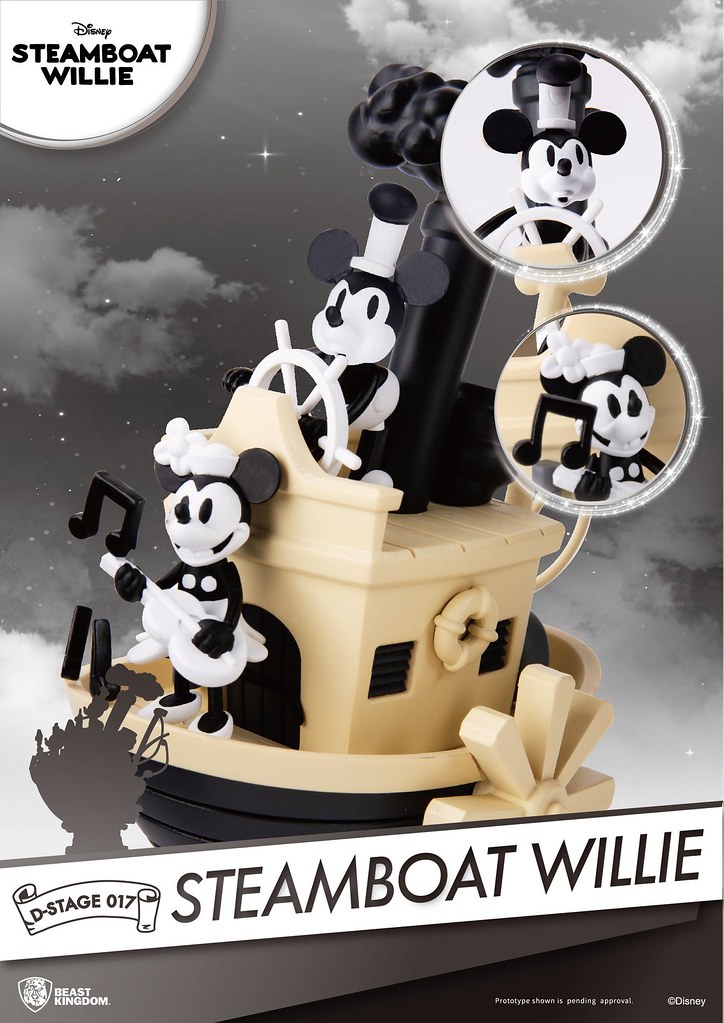 D-Stage-017 Steamboat Willie stands 15.4 cm. Besides the whistling, wheeling Mickey, there's also his companion Minnie holding the guitar with actual notes on top (wait a minute didn't the guitar got eaten?). The statue is painted black and white, and every detail carefully sculpted; tall chimneys poping with black thick smoke, and the base is full of splashes. The Steamboat Willie plate adds to the collectible worth! 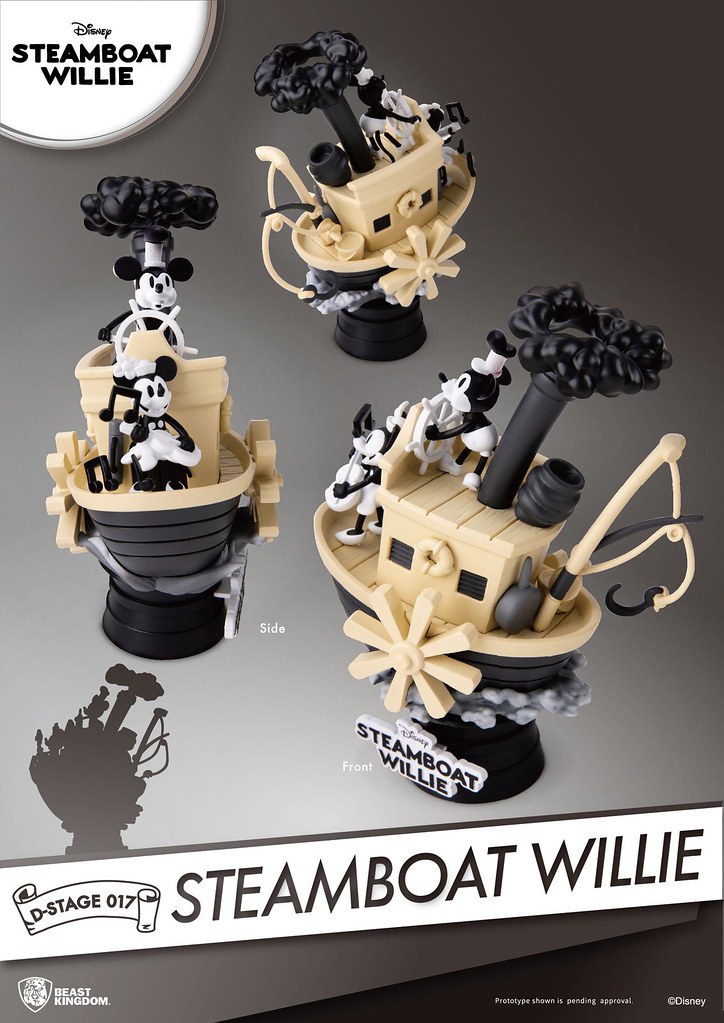