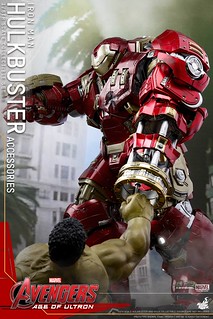 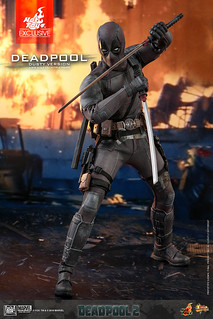 Previously I introduced LEGO 76115 Spider-Man Mech vs. Venom Mech set displayed at SDCC. Recently a series of Spider-Man sets set to release at the end of 2018 and early 2019 has been revealed! 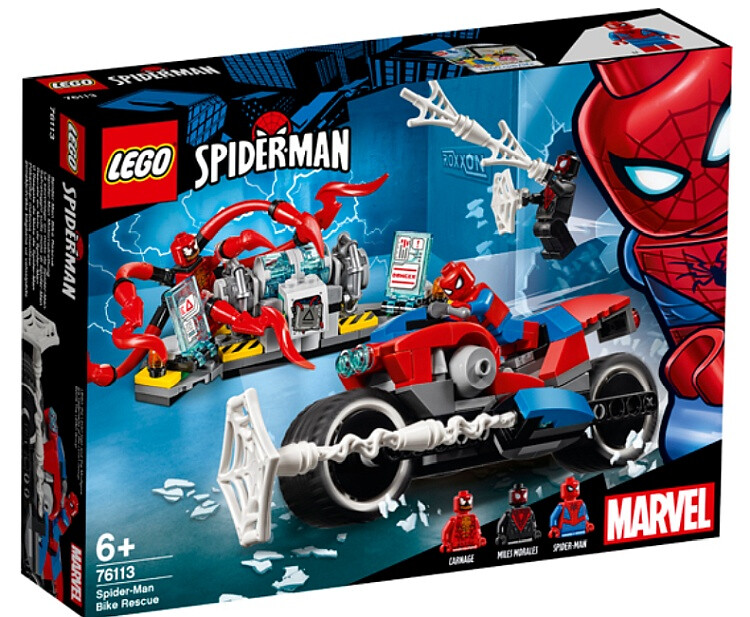 For this wave of Spider-Man sets LEGO still uses the same sale strategy: must buy all the set to collect every heroes and villains. I gotta say, the content ain't bad! Most are familiar characters and the vehicles and sets looks good! Additionally, new spider web piece is included, fitting for LEGO player who've just started collecting Spider-Man and veterans who wants to complete his collection! 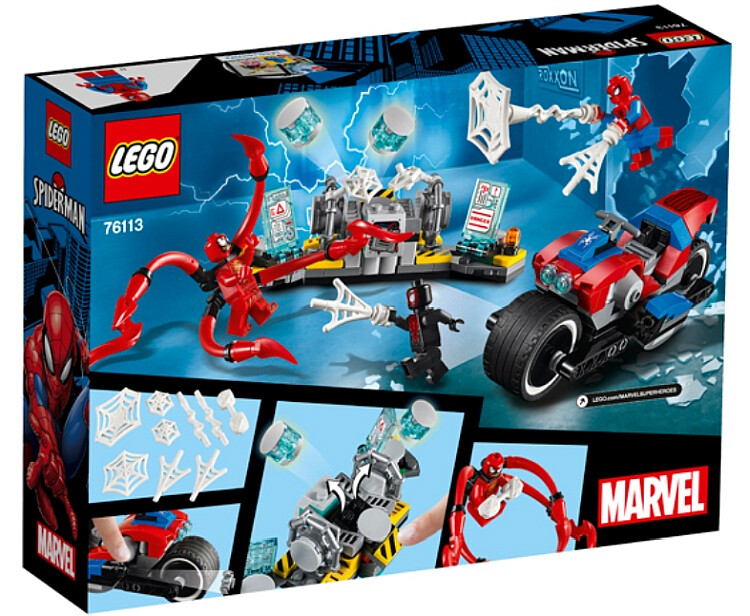 First off this set includes Spider-Man, Ultimate Spider-Man (Mile Morales) and Carnage. Spider-Man has a cool motorcycle with big tires and web shooters on the sides. Roxxon's lab set also simple eject mechanics and I really like the monitors and science equipment.

The highlight is without a doubt the spider-like crawling vehicle. Though spiders are scary, the red-blue colors made it more acceptable for me! Beside legs having articulations, the butt can also shoot spider webs; Minifigures include Spider-Man, Spider-Man 2099, Comic Vulture, and Sandman! Compare to the Vulture from Spider-Man: Homecoming, this Vulture's wing seems cheaper somehow. Sandman shows him using his ability and turning in to sand with sand pieces as his lower body, so cool! 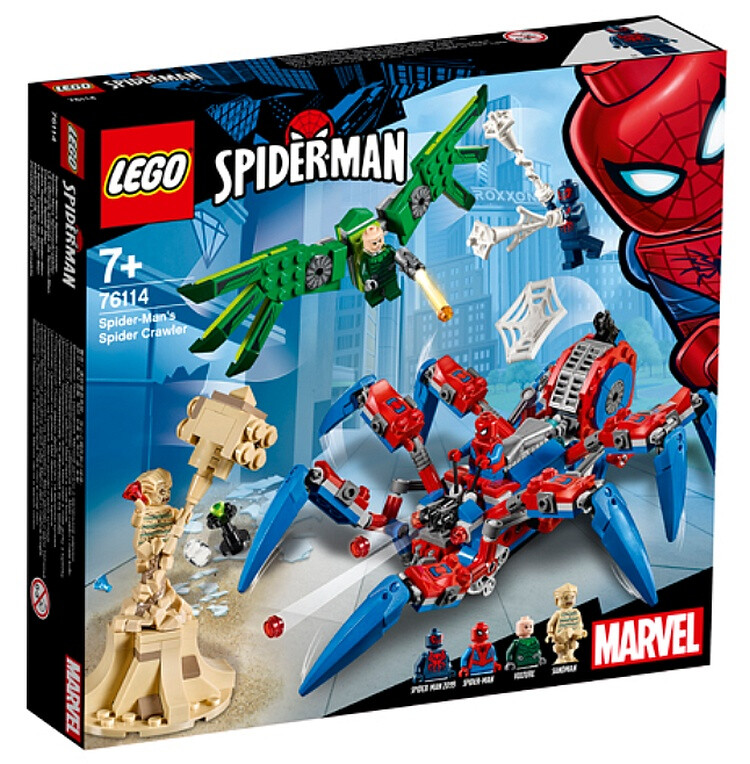 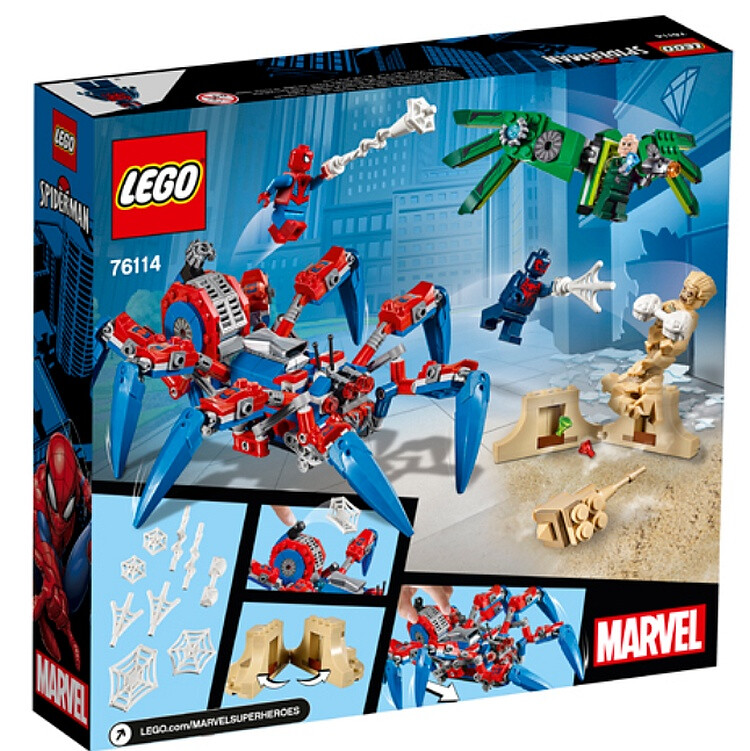 This is a must-have for fans, how can one not love mech theme characters? Venom Mech has a furious tongue, bloody mouth and defined muscle. Spider-Man Mech has Spider web claw and cockpit, and Spider-Gwen rides the jet engine skateboard, ready to save Aunt May.:D 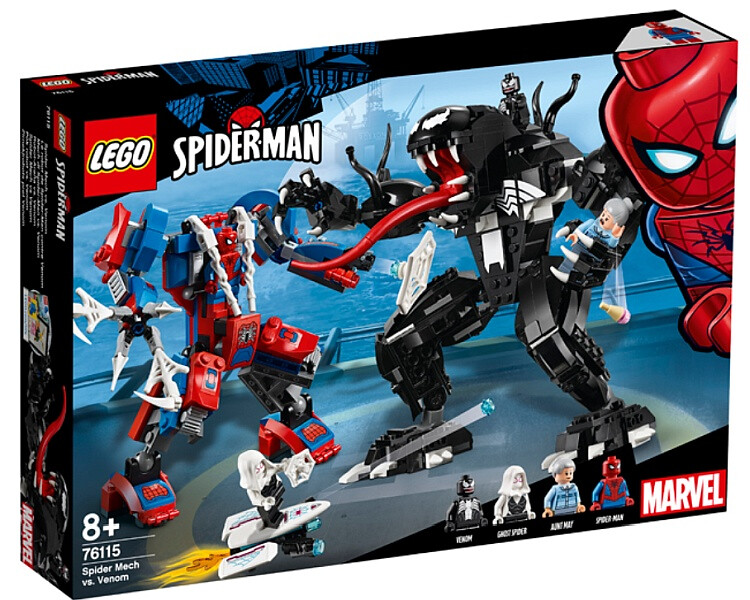 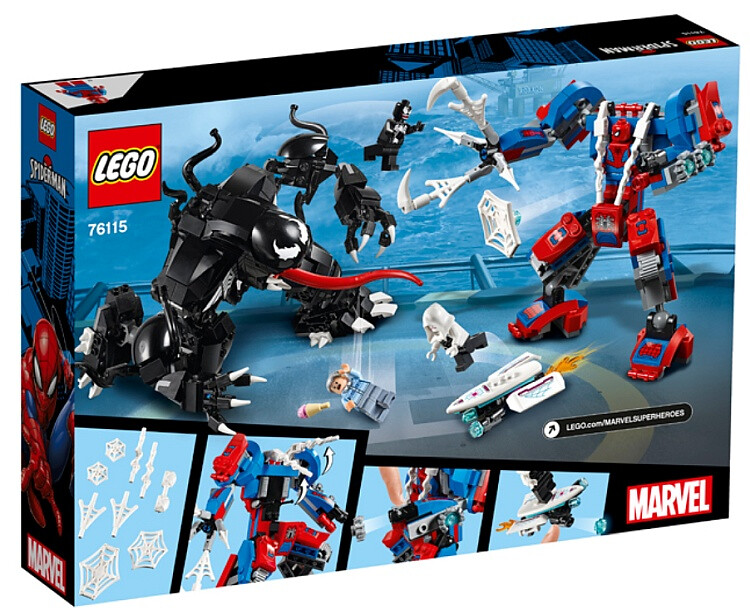 Next two sets are Junior series, though for kids it still includes villain minifigures one would want to collect! Like 76133's Green Goblin and 76134's Doc Ock! 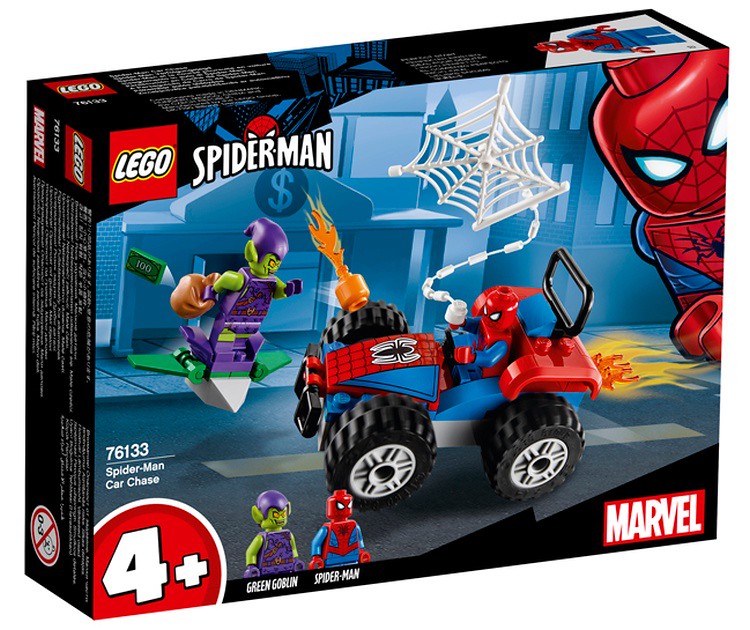 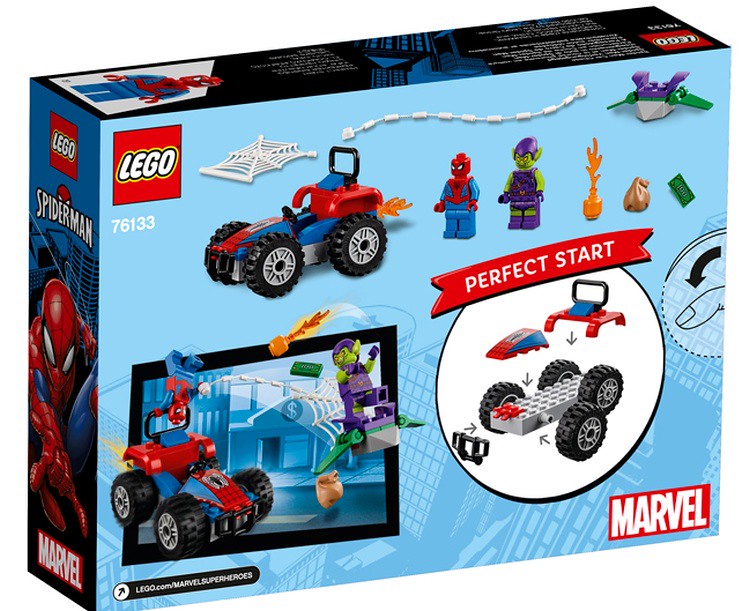 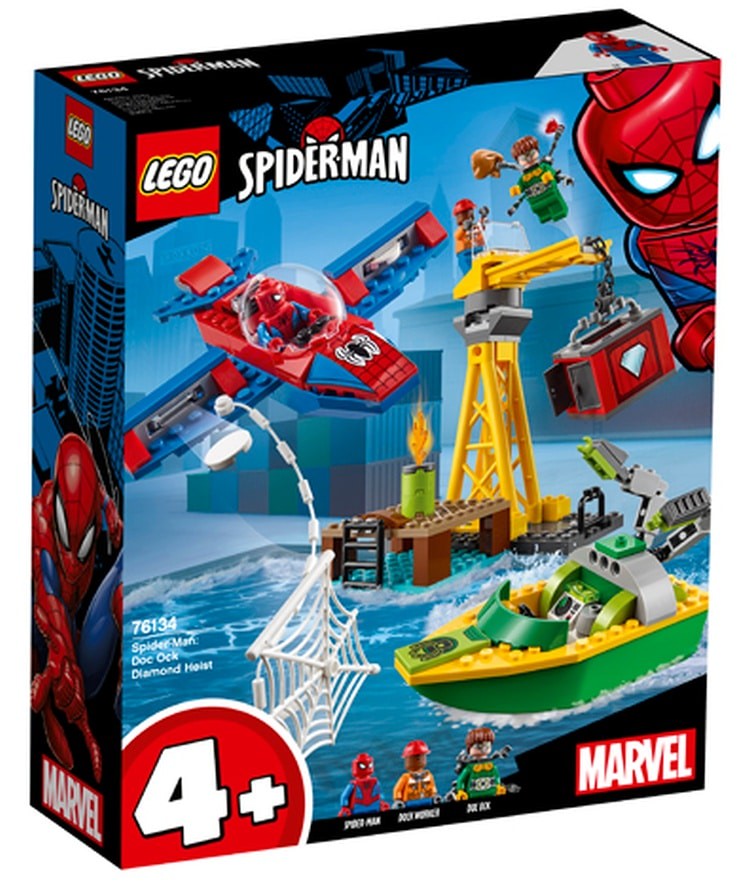 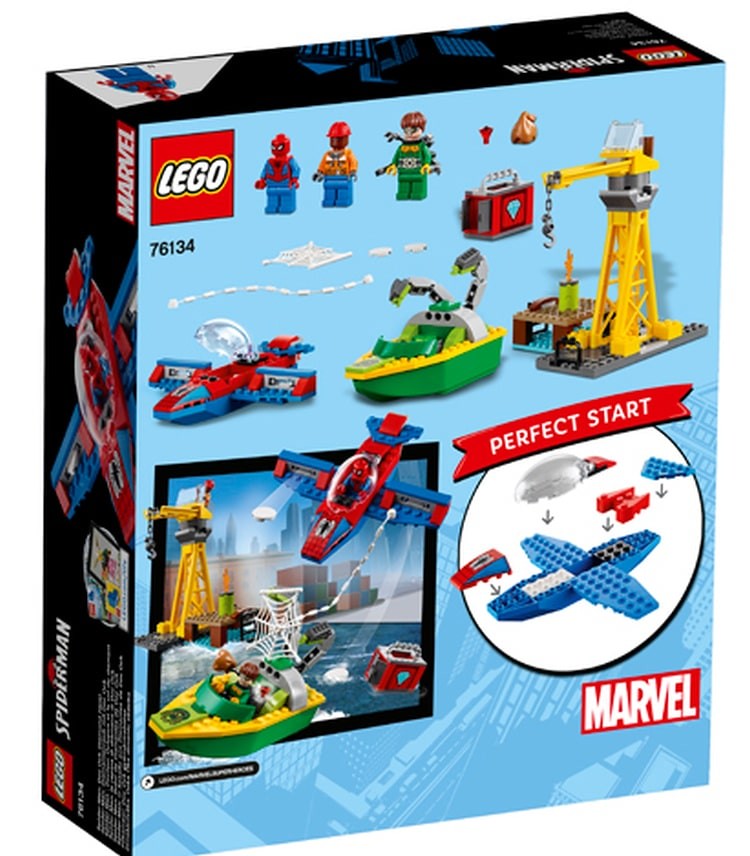