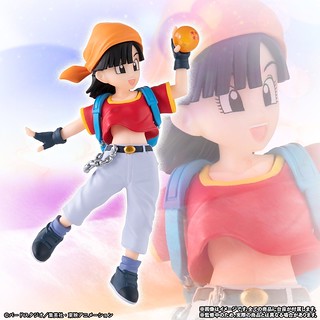 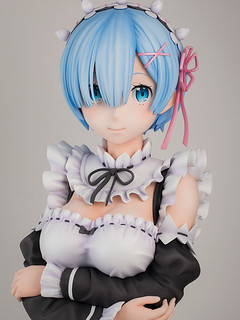 Half a Waifu! F:NEX《Re:Zero》Rem 1/1 Bust Figure 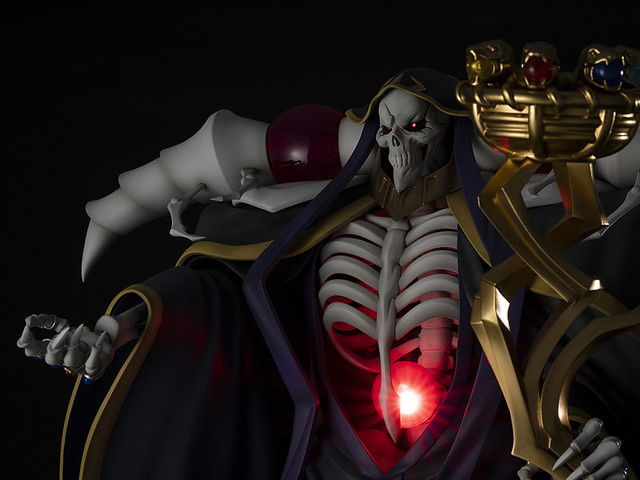 MMO "YGGDRASIL" whale gamer "Momonga" is the guild master of Ainz Ooal Gown guild and salaryman Suzuki Satoru in real life, able to cast many powerful spells and known as the "Strongest Magic Caster". Momonga cares about the guild, even when he was transferred to a parallel universe along with the Great Tomb of Nazarick, he took responsibility for the 40 members of the guild and change his name Ainz Ooal Gown and became the undead king of Nazarick and the Sorcerer Kingdom. 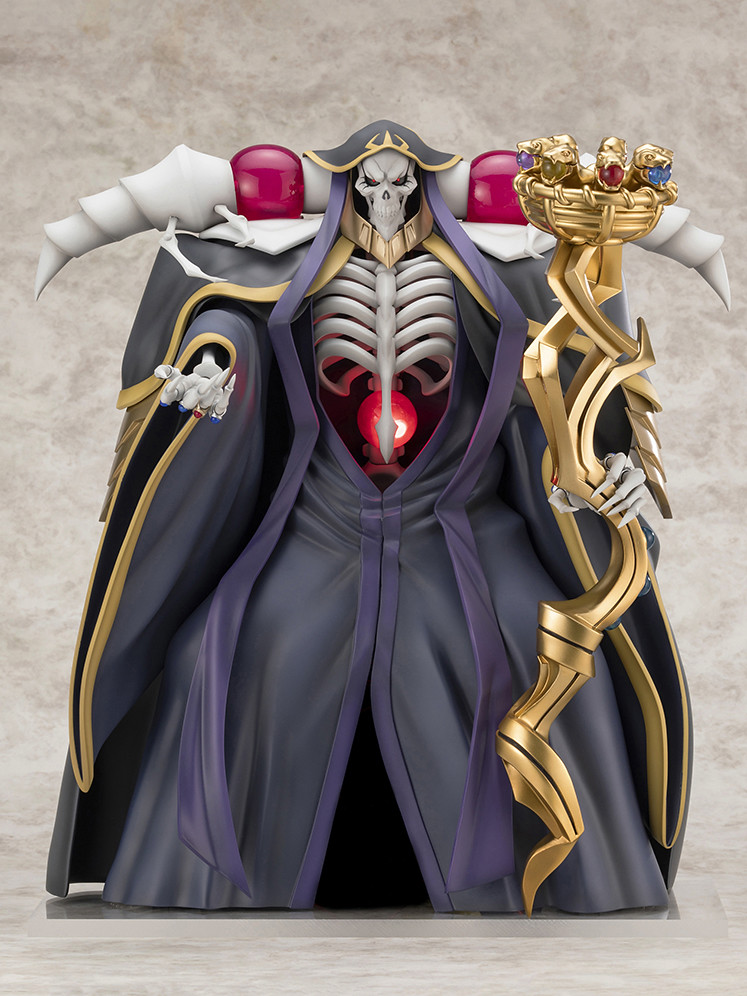 Ainz Ooal Gown 1/7 scale figure stands 30 cm to display his dignified presence. Intimidating cape, ferocious skull face and hollow bones all have delicate shape. The right hand has articulations, and the eye and chest core have LED light-up feature, adding to his fearsome essence! Purchase on F:NEX will include the "Mask of Envy" as a bonus part! 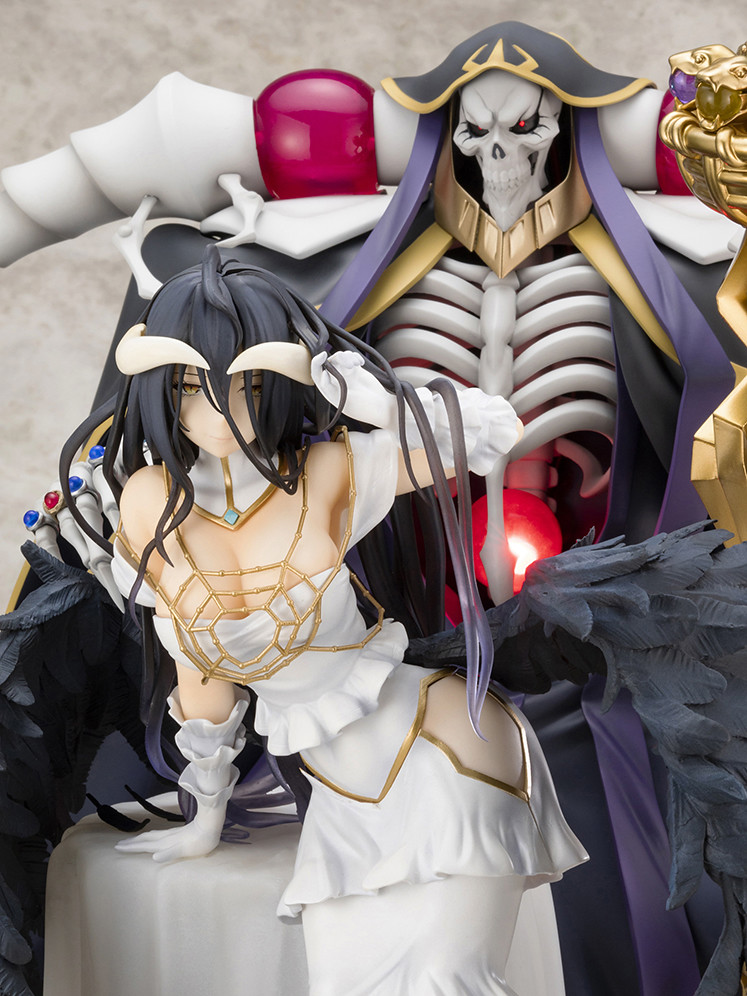 Overlord is novel written by Kugane Maruyama and describes the old MMO YGGDRASIL closing its server after 12 years. The highest level "Momonga" is the guild master of "Ainz Ooal Gown", following members leaving one by one and the game coming to an end he decides to stay to the last moment only to discover he can't log out. All the guild NPC start acting with a conscience and an isekai adventure begins... The novel is well received for its rich character, detailed factions, setting and character backstory. 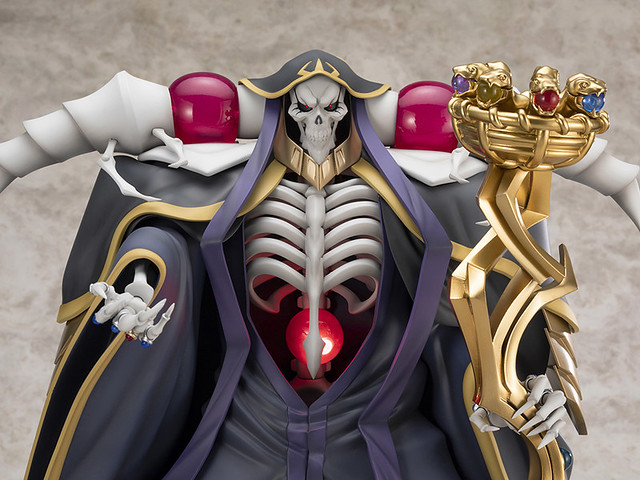 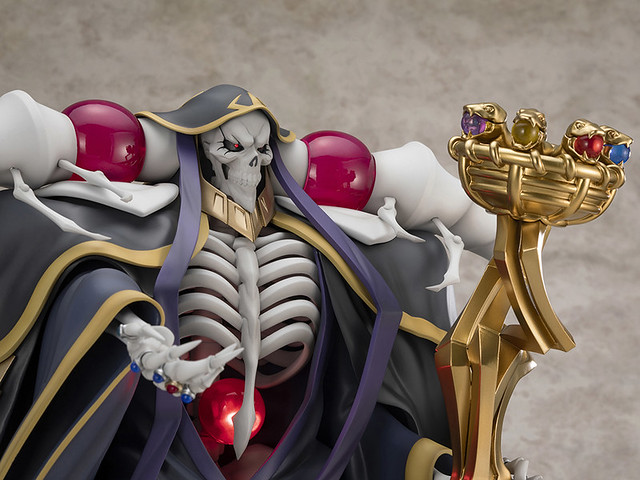 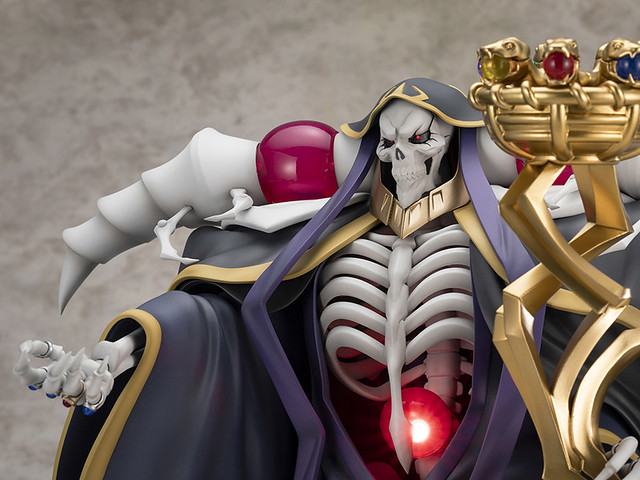 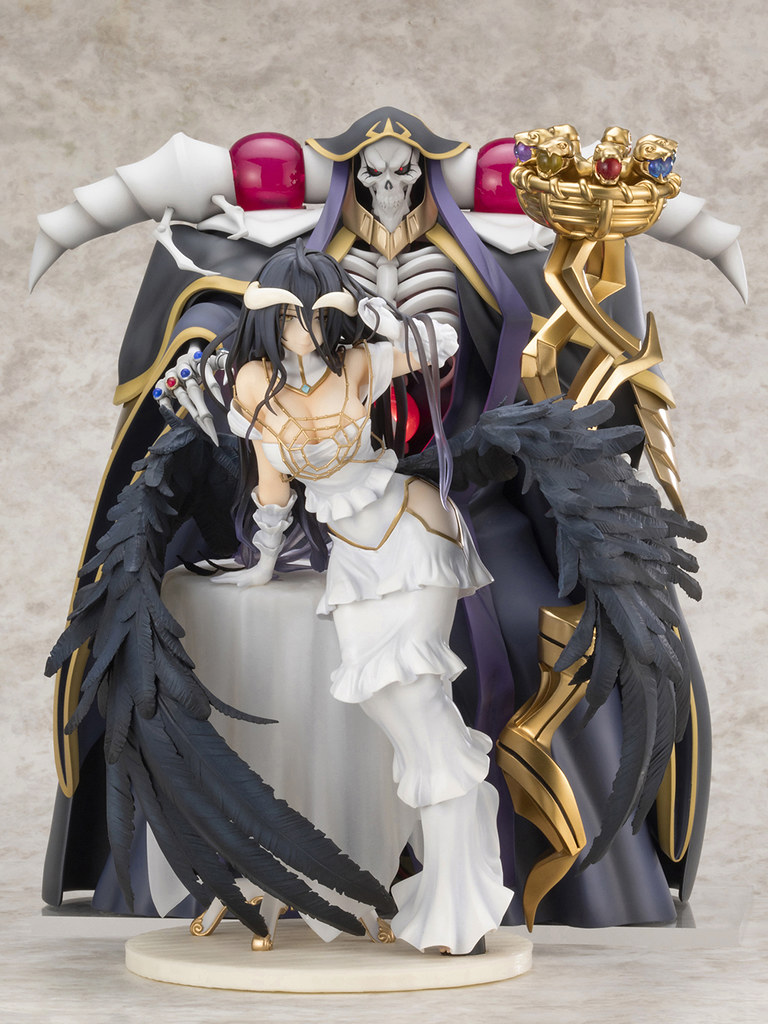 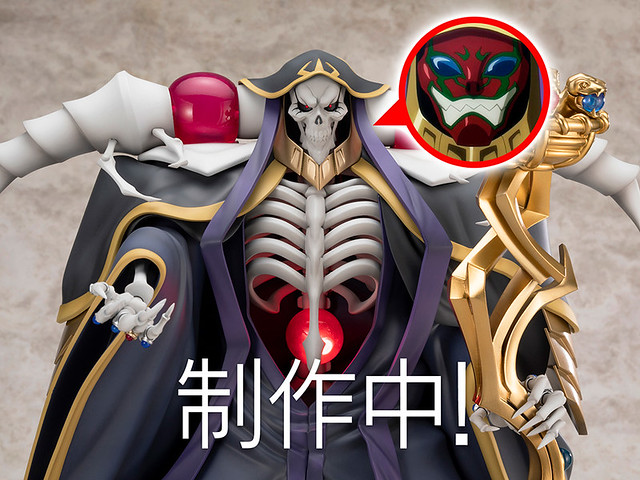