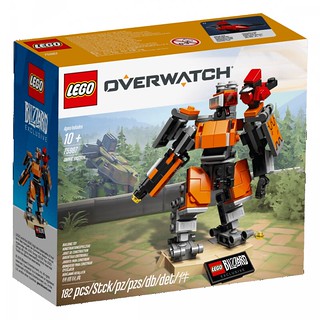 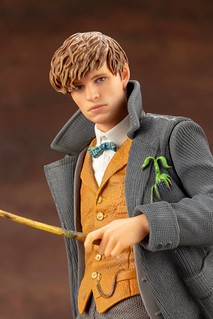 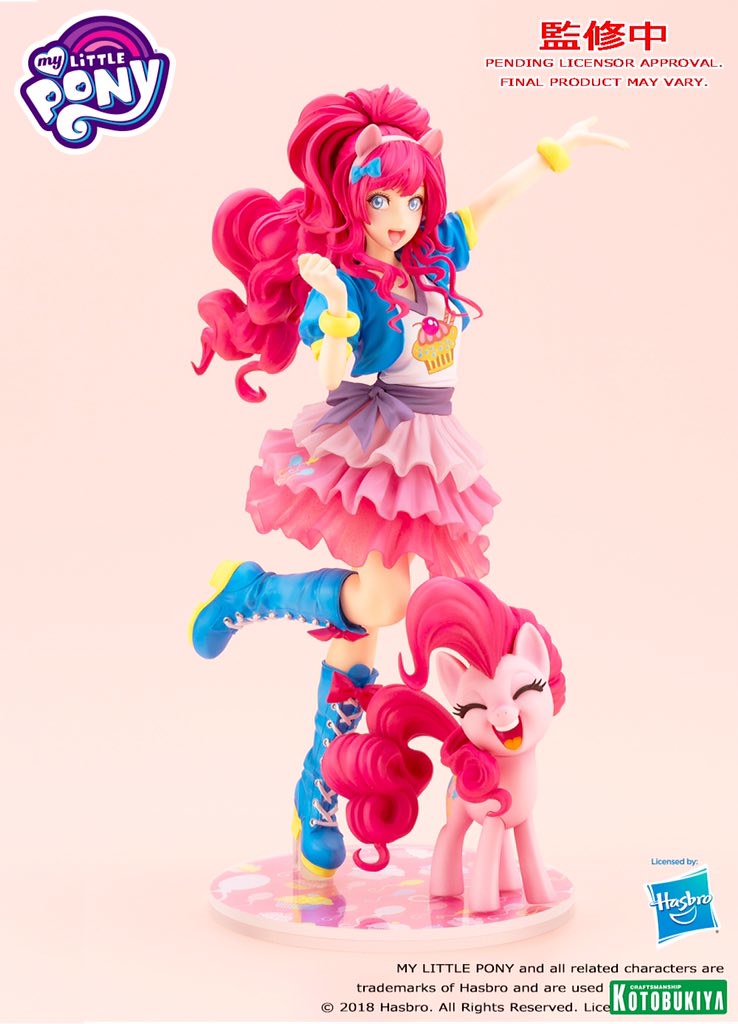 Pinkie Pie is an energetic earth pony. Her personality is the same as harmony essence, humorous, outgoing, and easy to talk to, always creating a happy atmosphere, loved by Ponyville and everyone is her friend (never forced of course). In the show, Pinkie is often excited, unrestrained, and often does slapstick act or expressions, sometimes even breaks the fourth wall, most of the funniest scene revolves on her, and she is a very important core character. 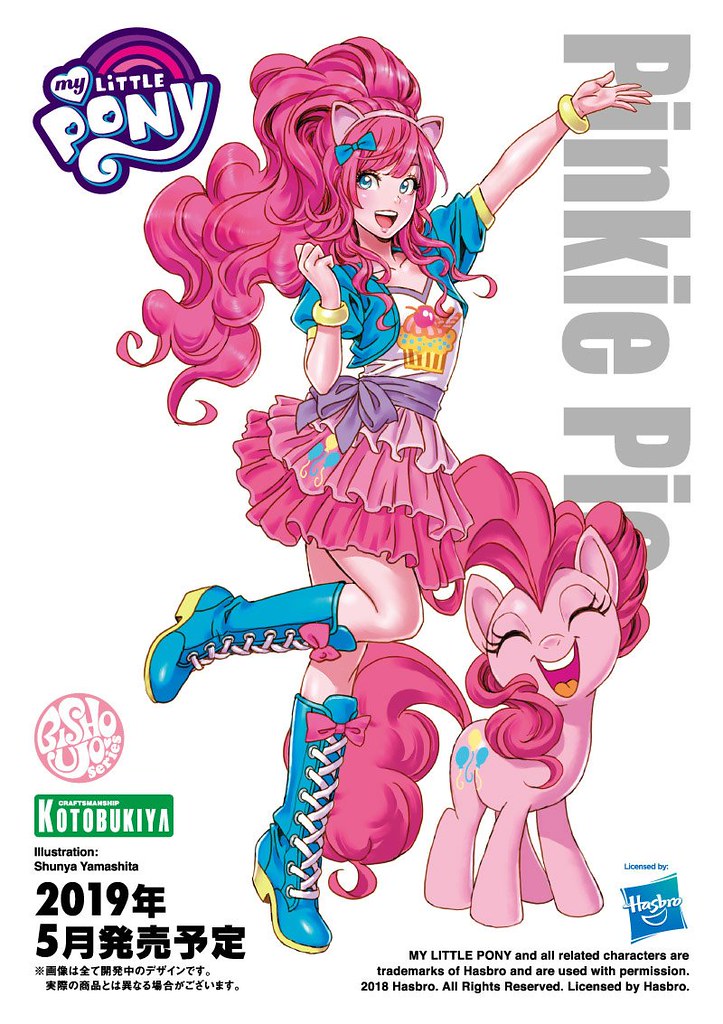 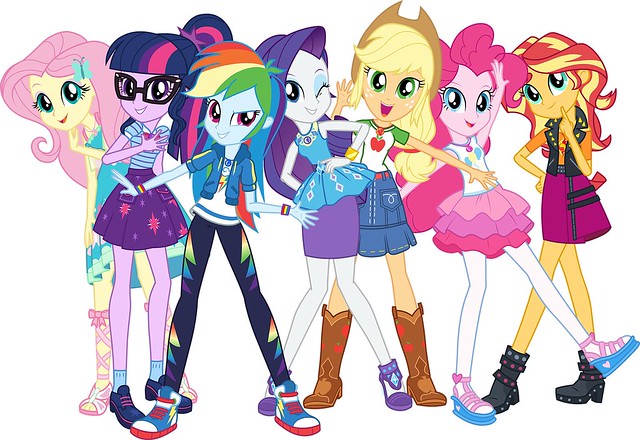 The newly released My Little Pony BISHOUJO, unlike the anthropomorphic design from the My Little Pony: Equestria Girl, is redesigned by Shunya Yamashita and appears much more human with more detailed apparel expressing pony's characteristic. Pinkie Pie's neatly styled pink curly hair, vigorous movement, and dissert element are recreated from Shunya's art. With the normal Pinkie Pie by her foot, the match is super cute!

Twilight Sparkle and Fluttershyare coming too! 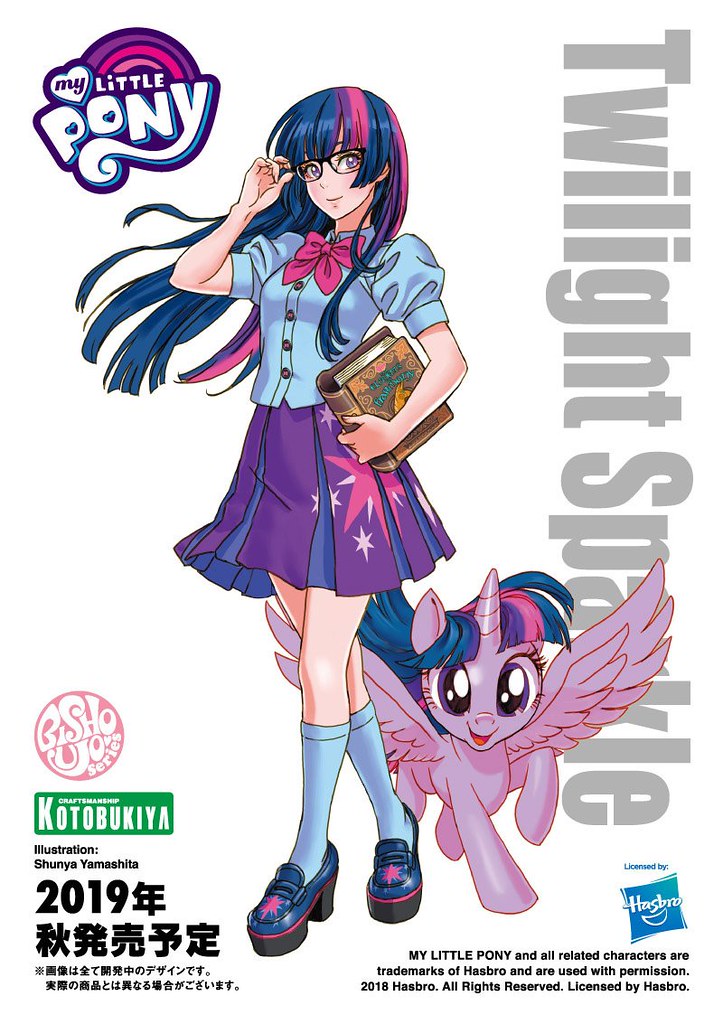 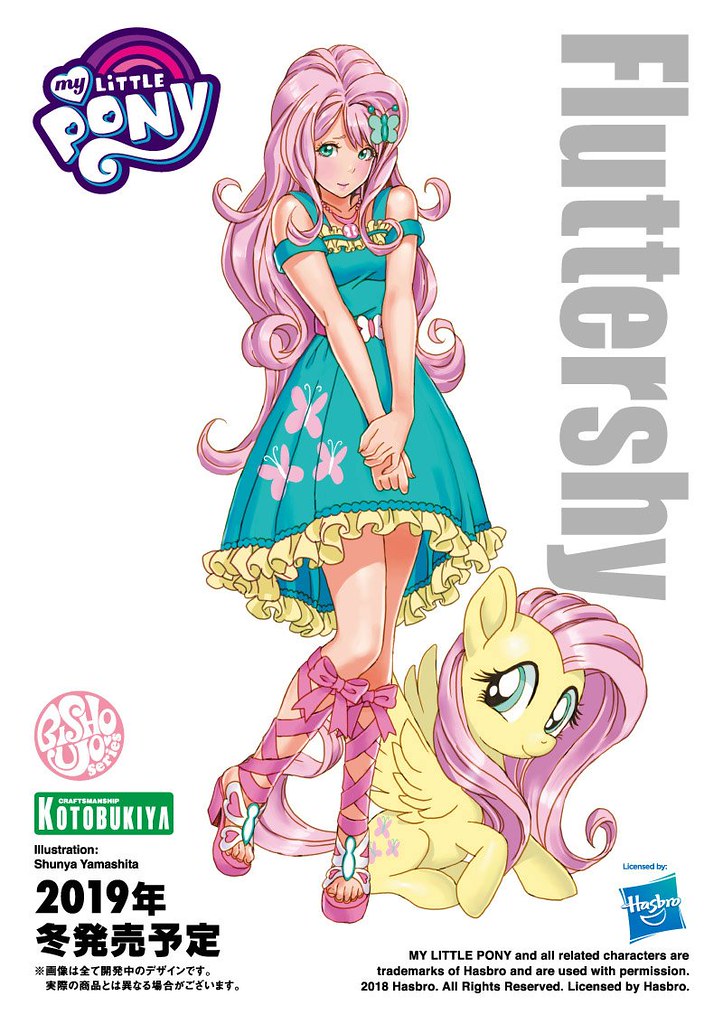 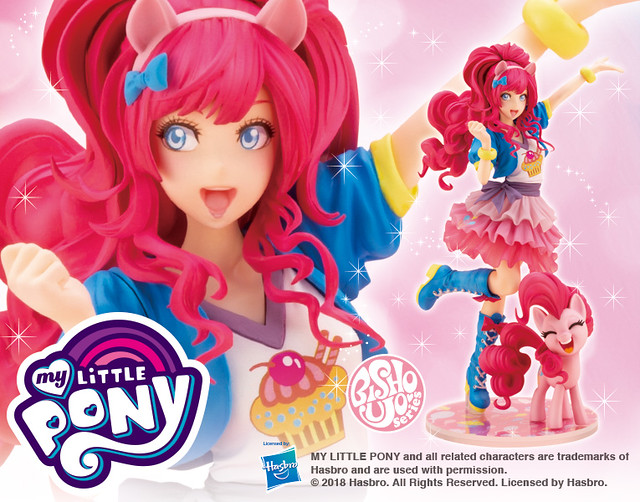 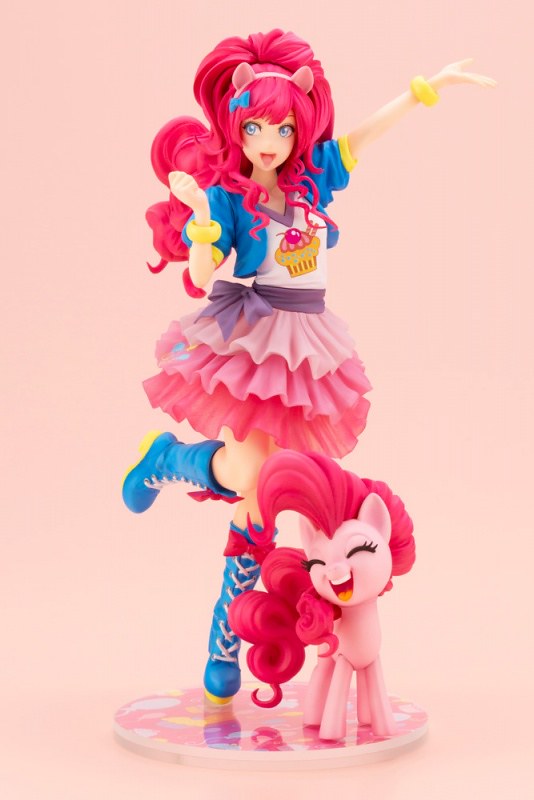 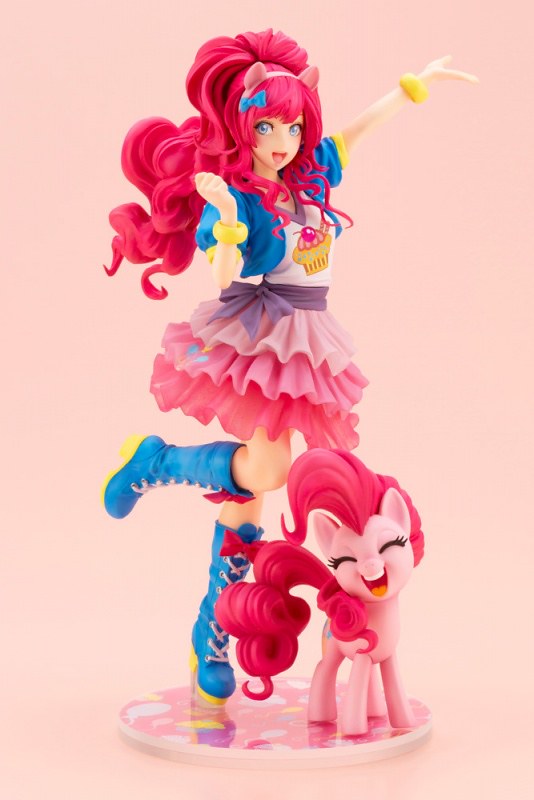 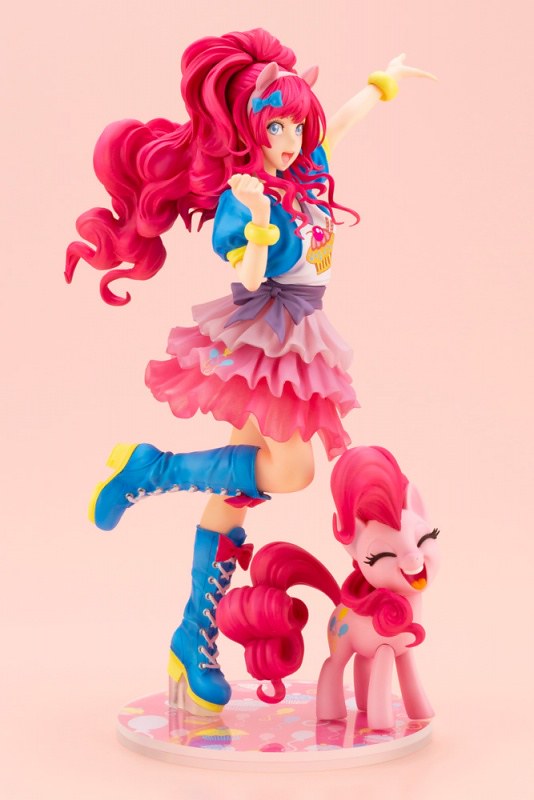 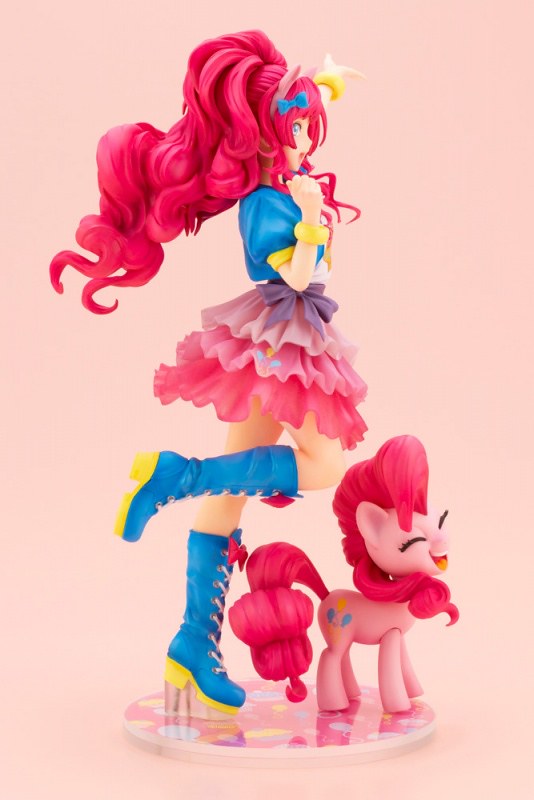 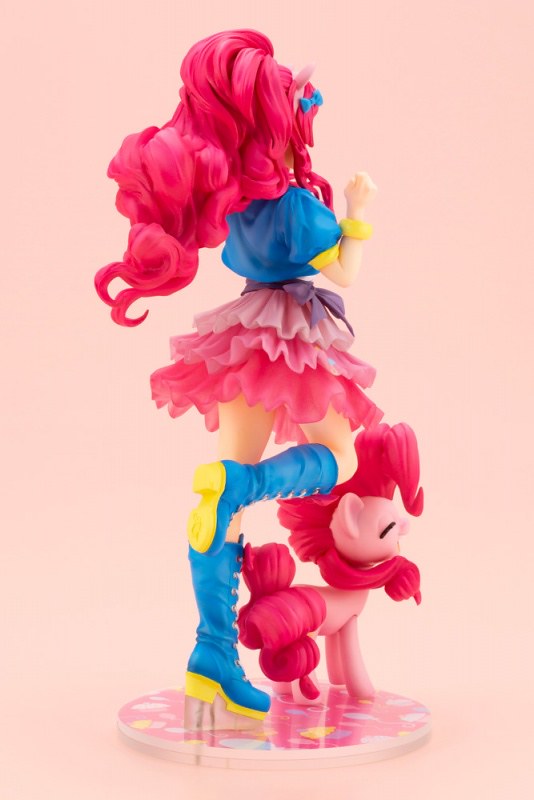 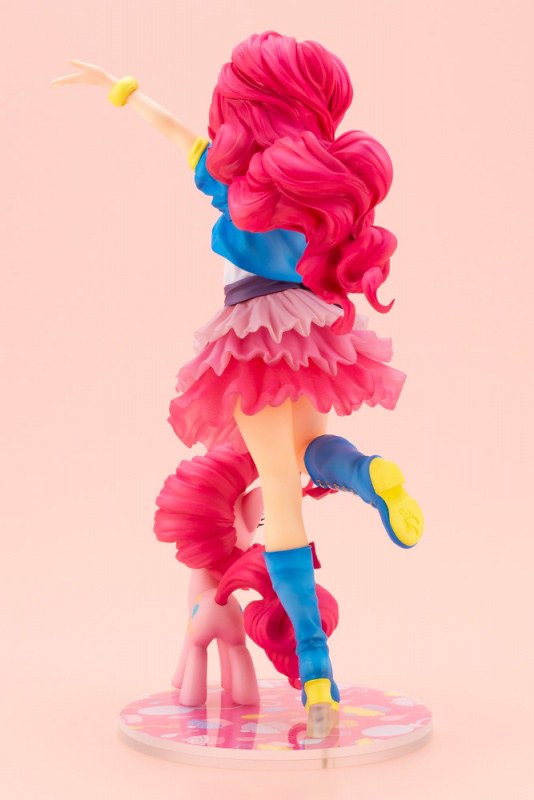 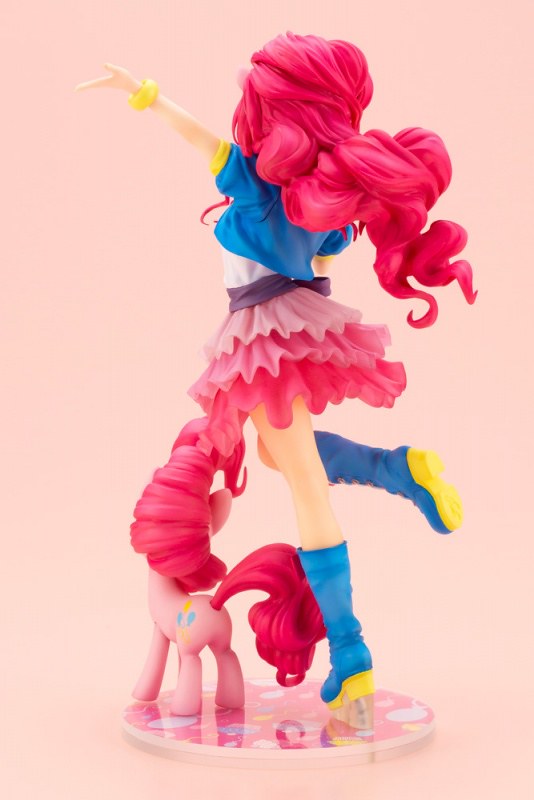 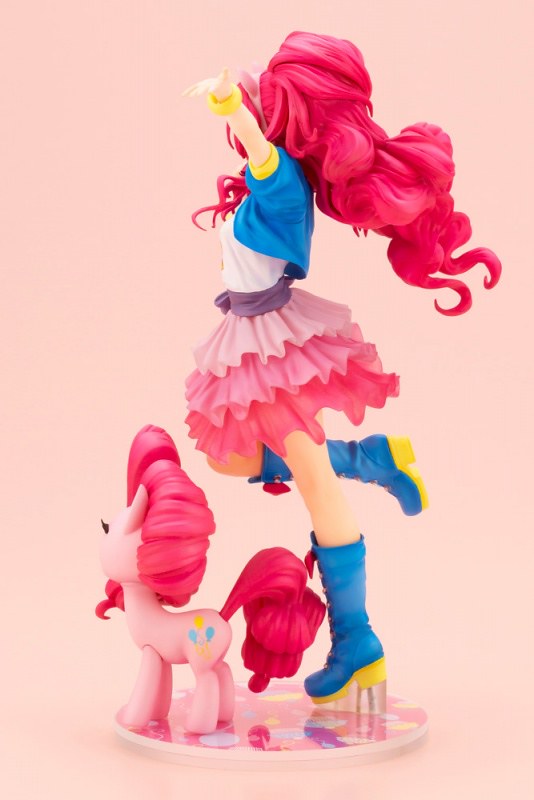 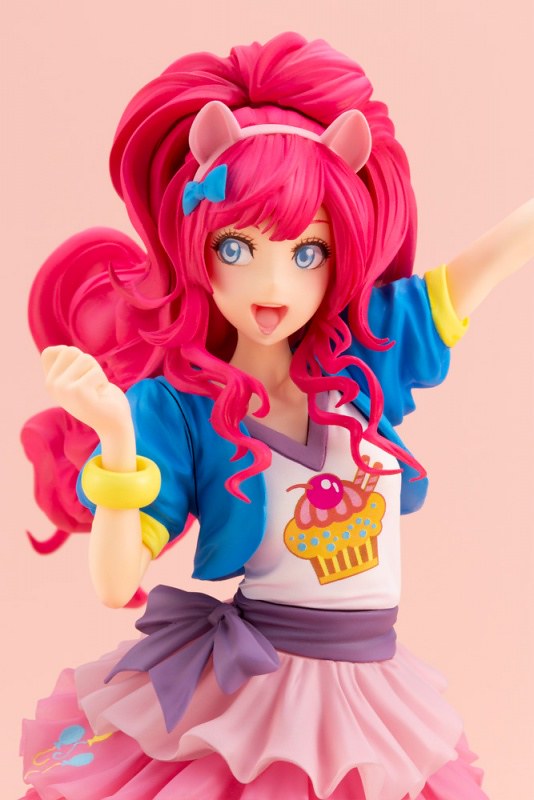 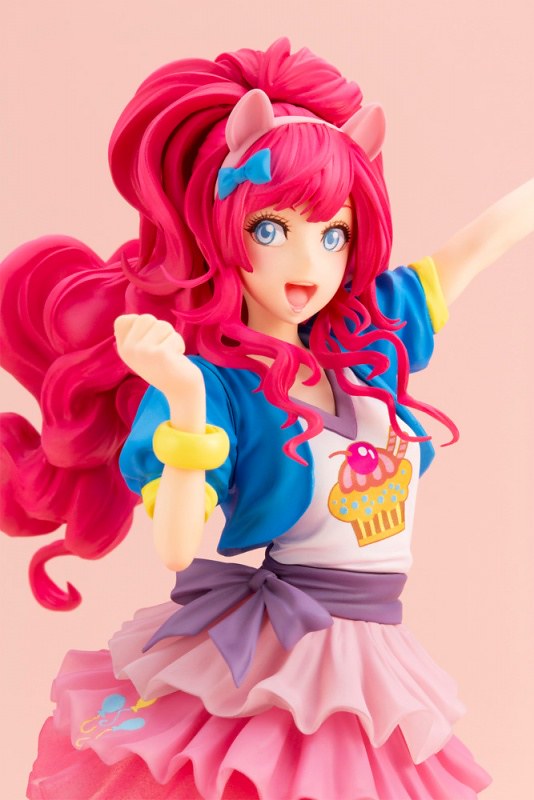 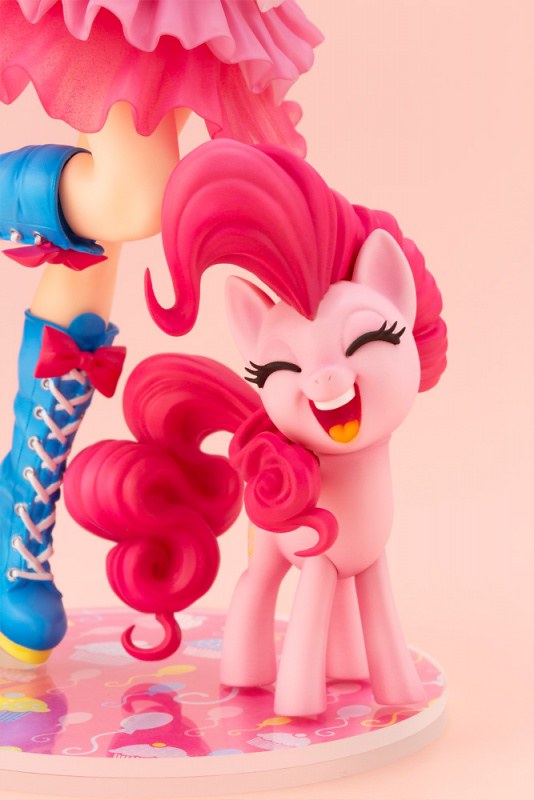 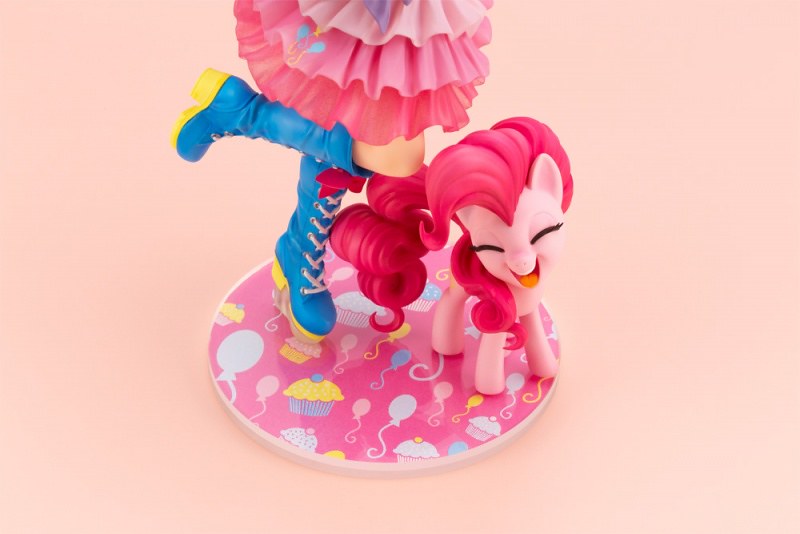