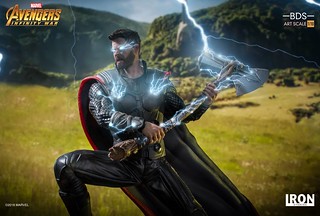 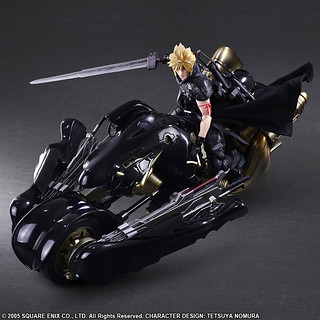 Just last week, LEGO announced that the release date for the Harry Potter system and BrickHeadz sets will be pushed up from the previous August release to July 1, 2018 . In addition, LEGO also officially unveiled two new sets, LEGO 75950 Aragog’s Lair and LEGO 75952 Newt’s Case of Magical Creatures from Fantastic Beasts and Where to Find Them. LEGO 75952 Newt's Case of Magical Creatures releases August 2018. 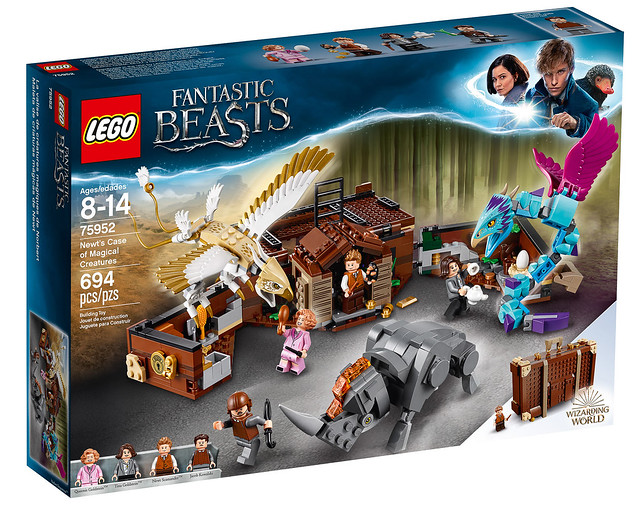 Wizards and witches everywhere, get ready for the adventure of a lifetime into Newt Scamander’s suitcase with this LEGO Harry Potter set. The suitcase uses a plethora of brown and tan pieces to build its exquisite exterior featuring lock, clip, handle, and even the name plate bearing the Newt’s initials “N.S.” The suitcase also features an opening mechanism so you can open up and take a look inside the world of the Fantastic Beasts! 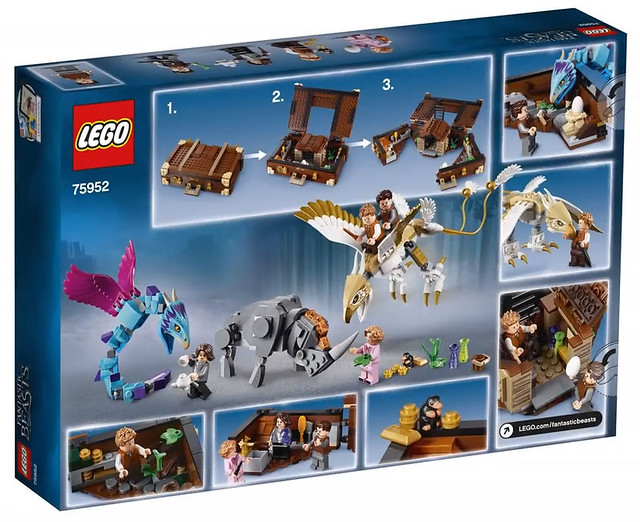 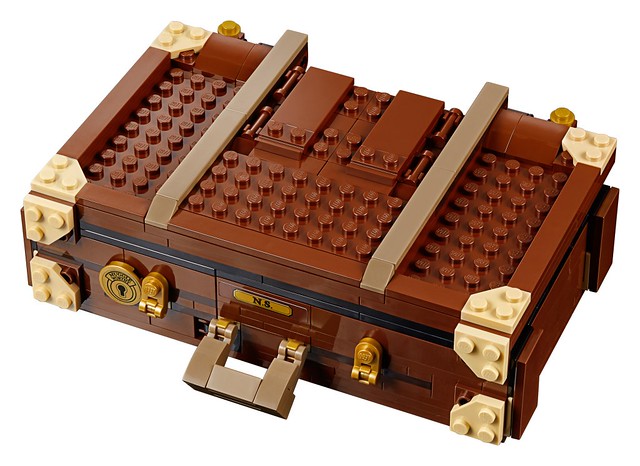 ▼ The suitcase opens up into a small diorama so you can relive the magical scenes from the film. 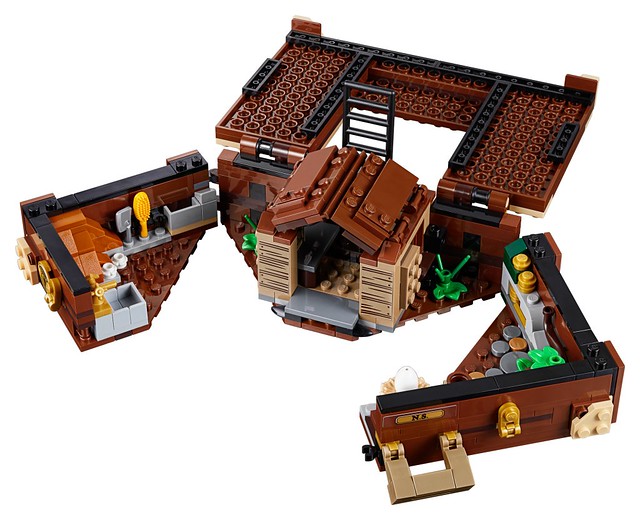 The suitcase interior is small and delicate, featuring three distinct areas furnished with cups, egg, potted plants and other wonderful accessories. The set also comes with an extensive minifigure selection so you can collect Newt Scamander, Jacob Kowalski, Tina Goldstein and Queenie Goldstein all in one go! In addition, the set includes three brick build magical creatures, the Thunderbird, the Occamy, and the Erumpent, and don’t forget that adorable little rascal, the Niffler in minifigure form! 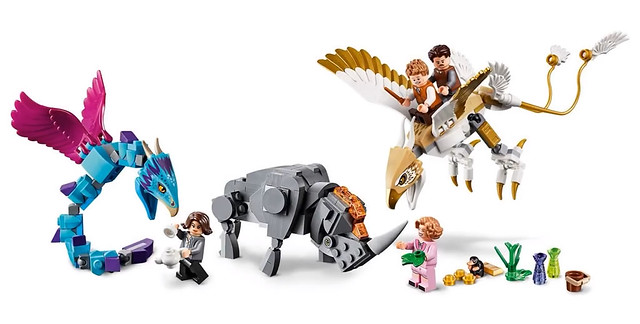 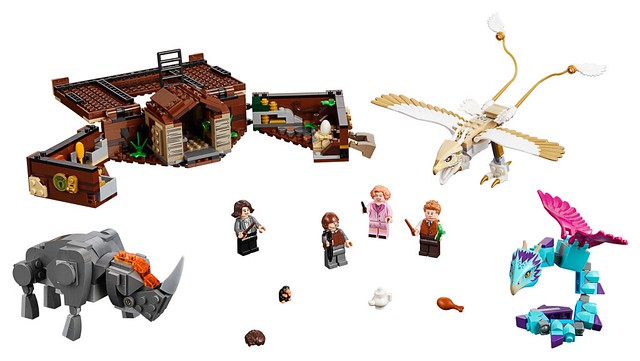 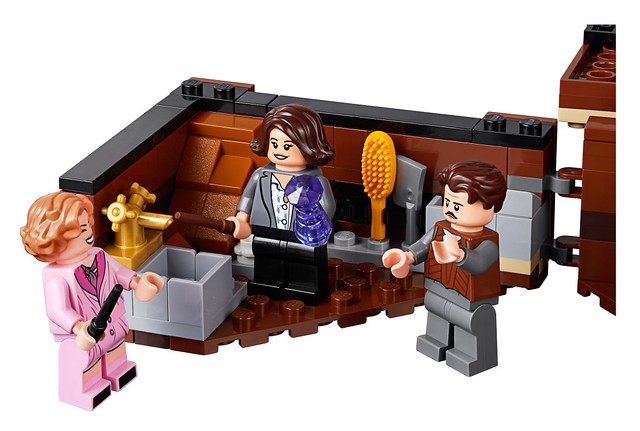 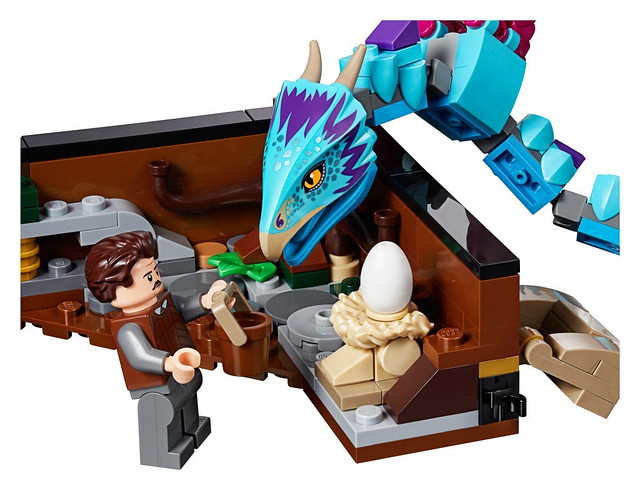 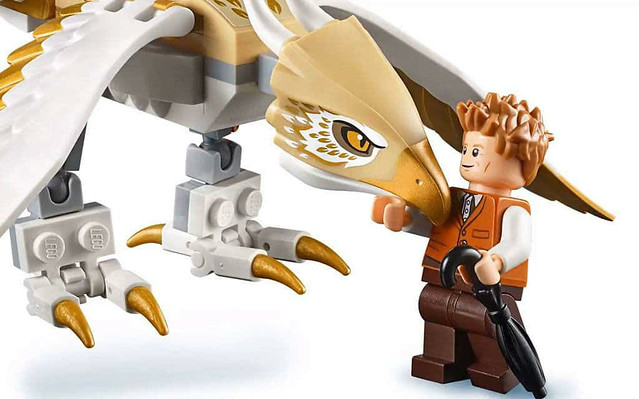 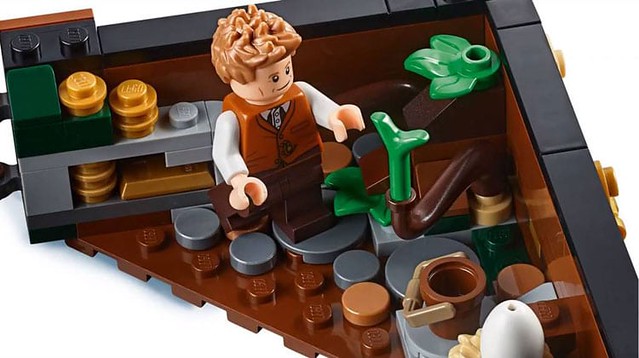