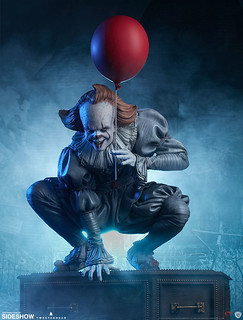 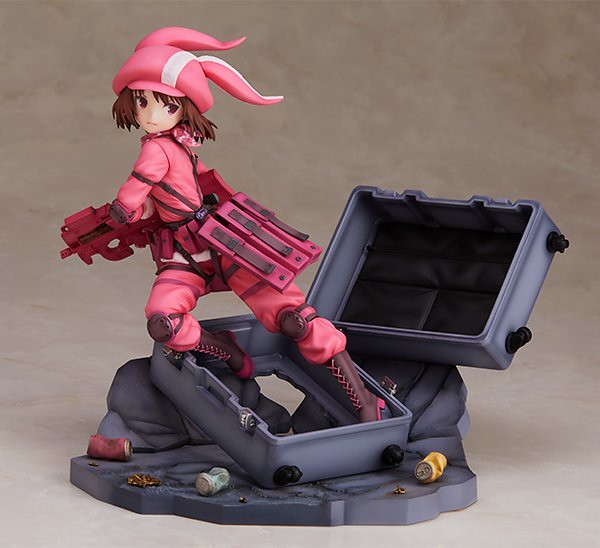 The story follows Hokkaidian Kohiruimaki Karen studying at an elite college in Tokyo. Though born with wealth, great motor skill, and 183 cm model body, her height received a peculiar look and cost her inferiority complex. Adding most of her schoolmates are rich girls made Kohiruimaki fearfull of socializing. 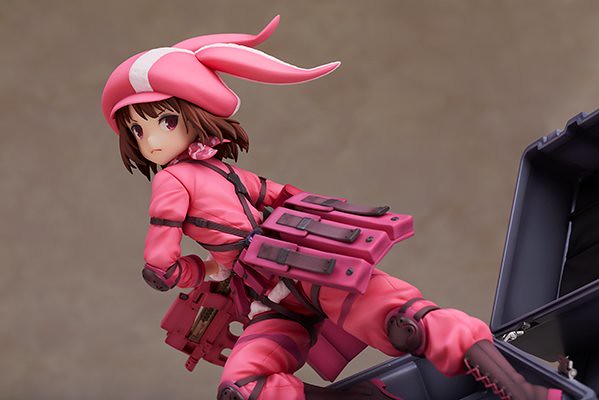 Llenn -Sudden Attack- 1/7 Scale Figure is produced with Aquamarine company, reenacts the scene were Llenn sudden attack from a suitcase in episode 1, with movement so fast not even the case has landed. Knee pad, ammo pouch, and P90 submachine gun are all fairly realistic, able to feel the weight with the design and paint. Empty cans and shells farther complete the scene, reliving Pink Devil's glorious name! 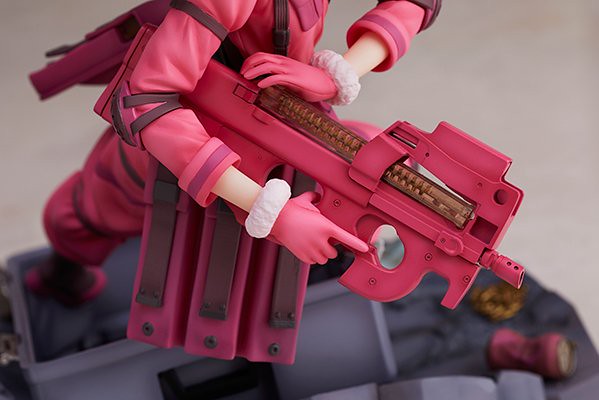 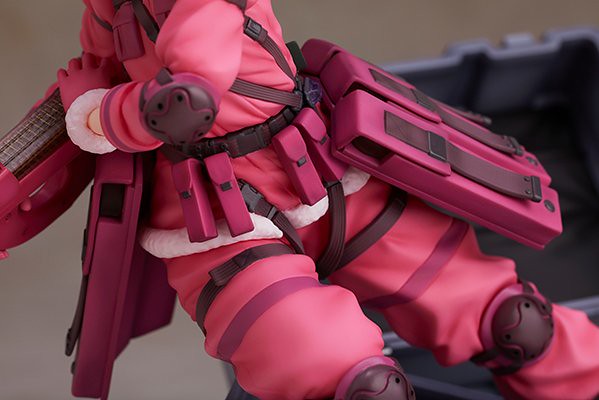 Gun Gale Online (GGO) is a spin-off of Sword Art Online created by Shigusawa Keiichi. Illustrate by Kuroboshi Kōhaku the story takes place in the game with the same title. Shigusawa is himself a gun fanatic, and was the weapon advisor for SAO season two, and receive praise for the world, gun feature, and tactic created in GGO. 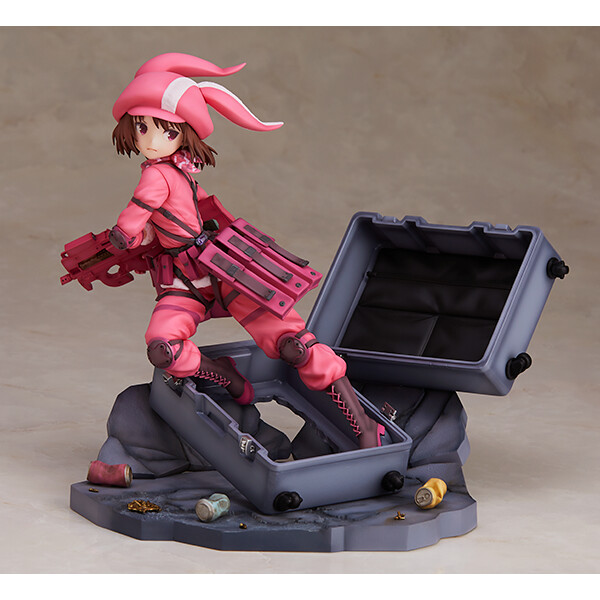 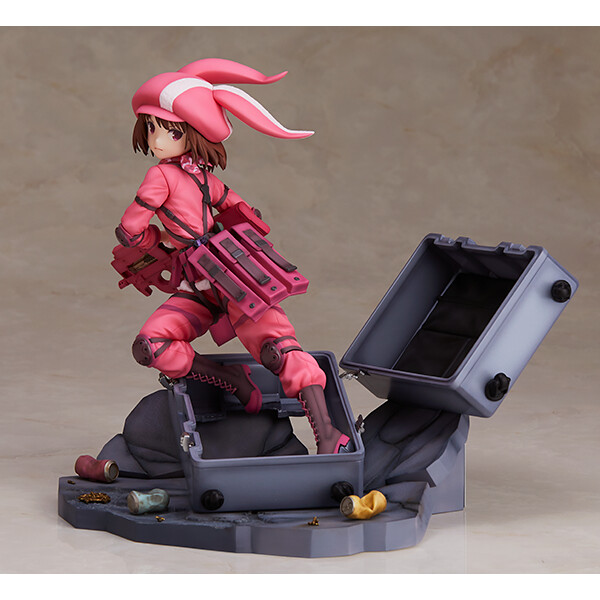 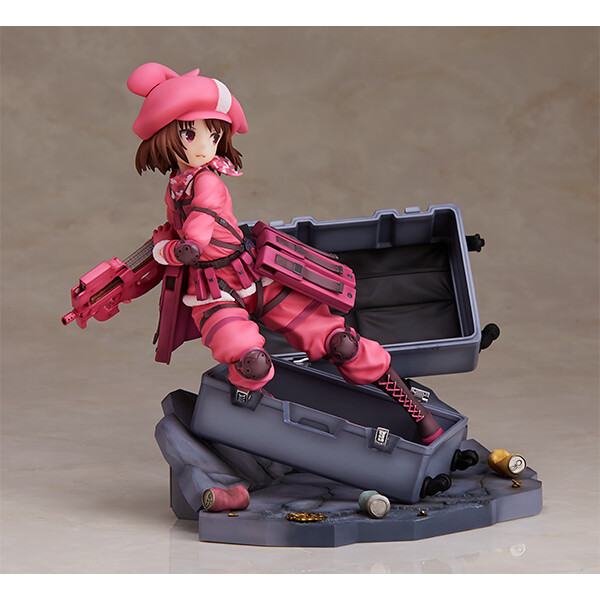 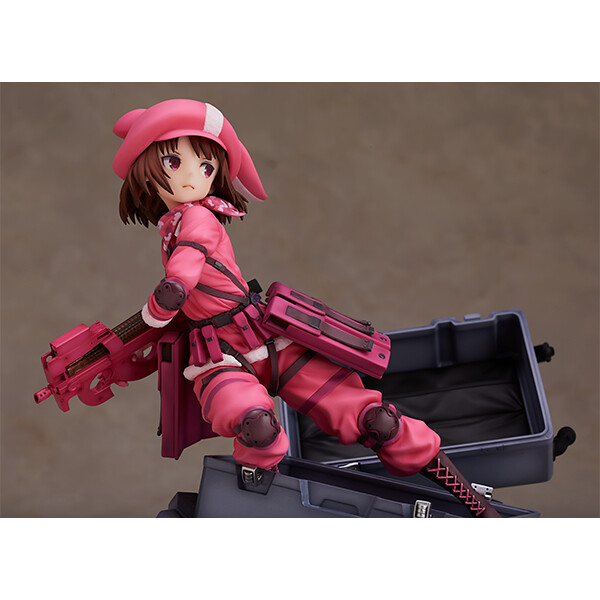 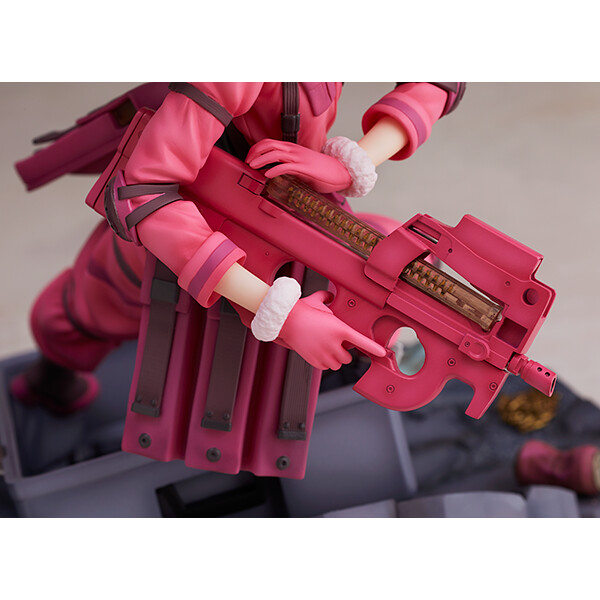 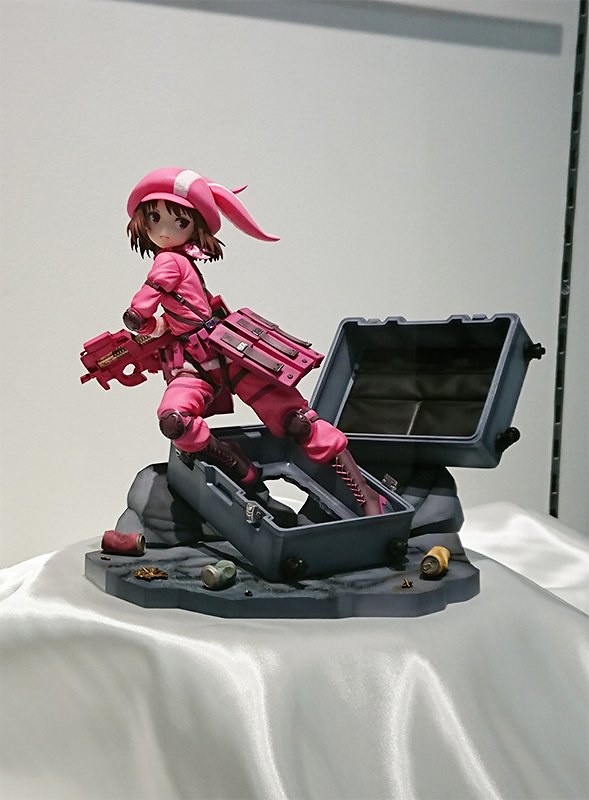