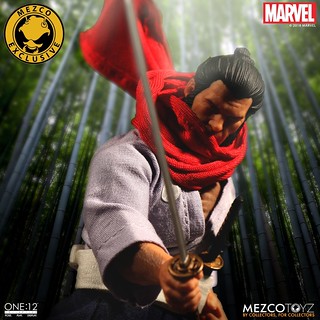 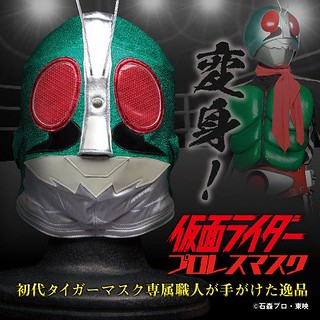 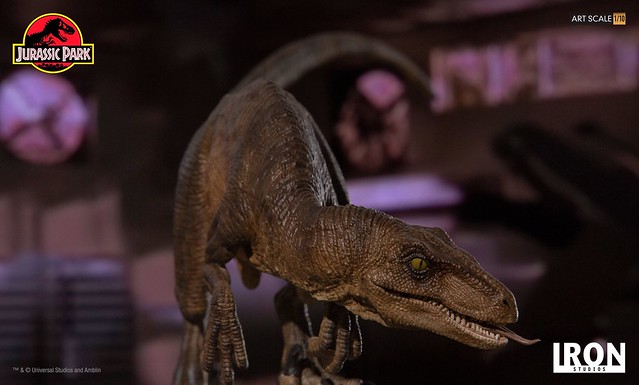 Jurassic Park released in 1993 directed by Oscar-winning director Steven Spielberg, not only had realistic Dinosaur for its time, but the film also raised public interest in Dinosaurs. Towards the end of the film, Alan, Ellie, Lex, and Tim were chased by Velociraptors, after narrowly escaping the kids played hide and seek with two Velociraptors in the Kitchen; The suffocating stress and the pressure and realness from the Velociraptors must've been memorable for many people! 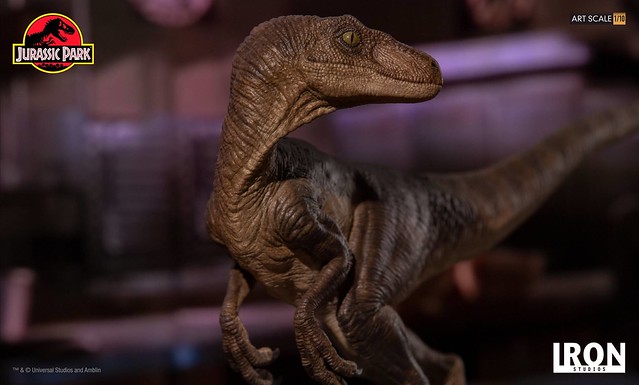 The two Velociraptors are both 29 cm, one of em has jumped on the workbench and surveying, while the other is crouching and sniffing by sticking its tongue out, soo creepy~ Iron Studio made it with high-level craftsmanship, recreated Velociraptor's rough skin texture, muscle line, and color. Every fold made the statue more realistic, and the base is stamped with Jurassic Park's classic logo. Check out below if you're a fan of Jurassic Park or Dinosaur in general! 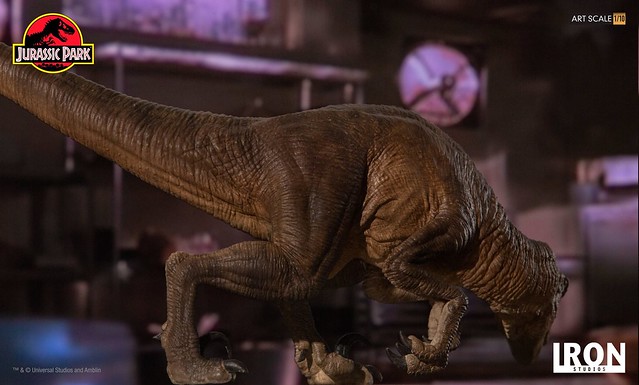 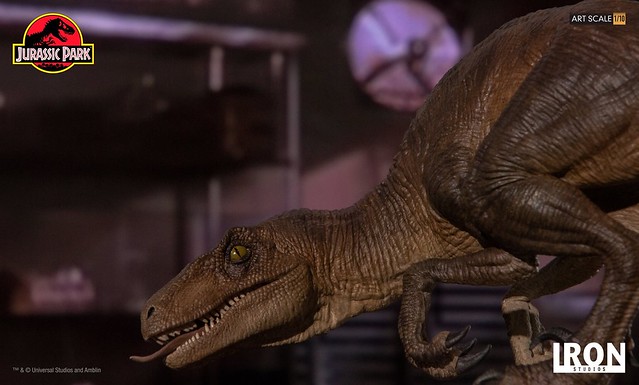 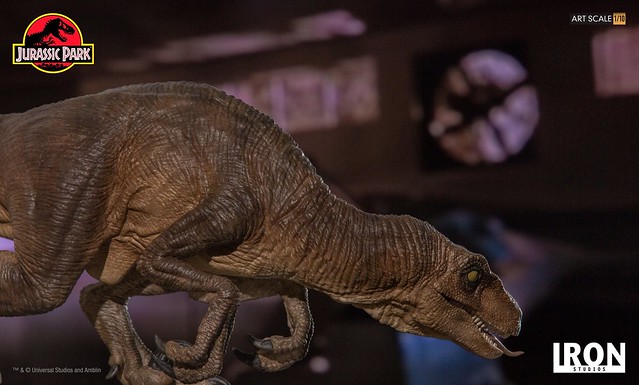 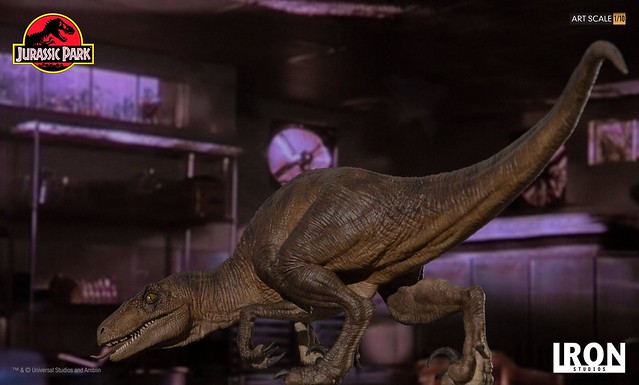 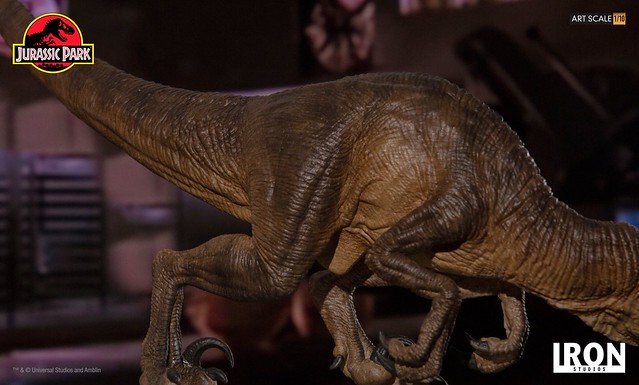 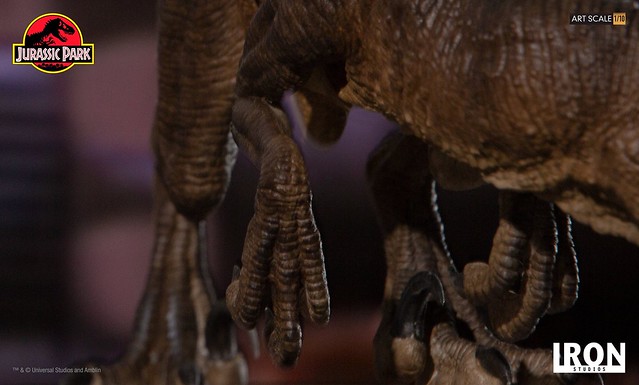 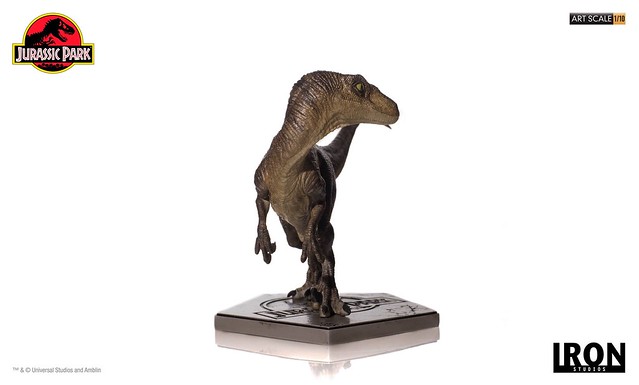 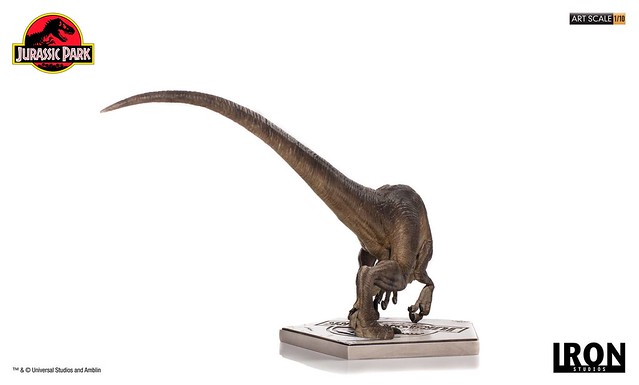 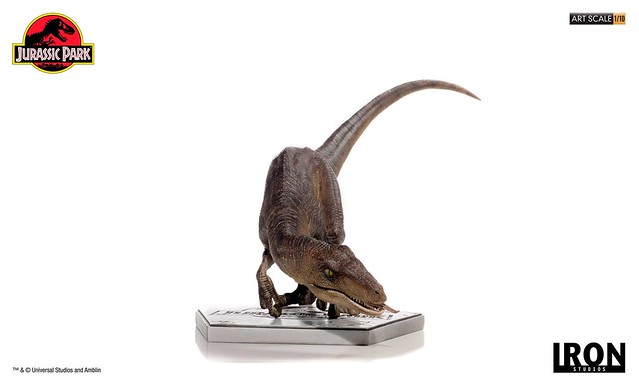 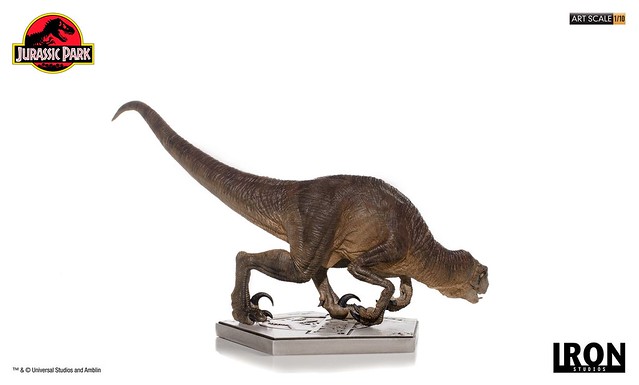 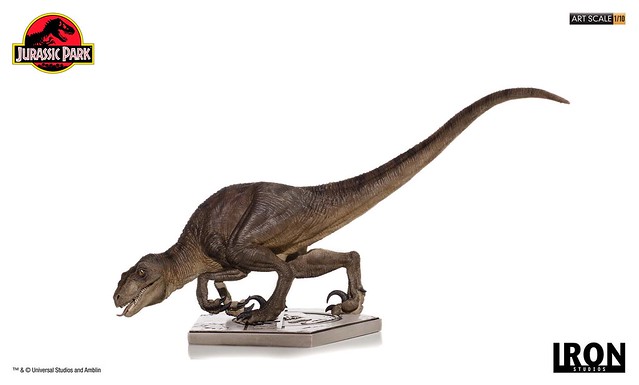 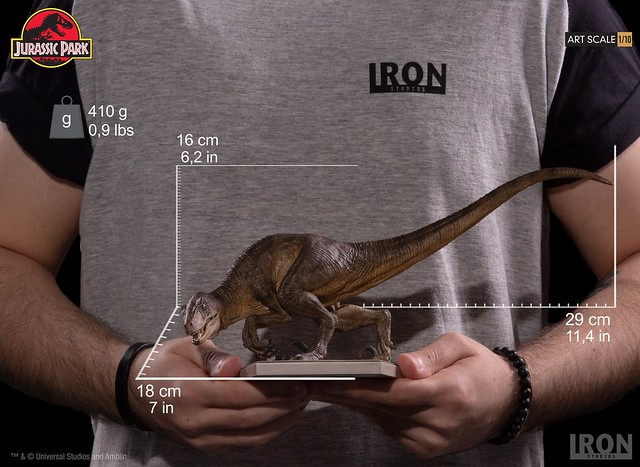 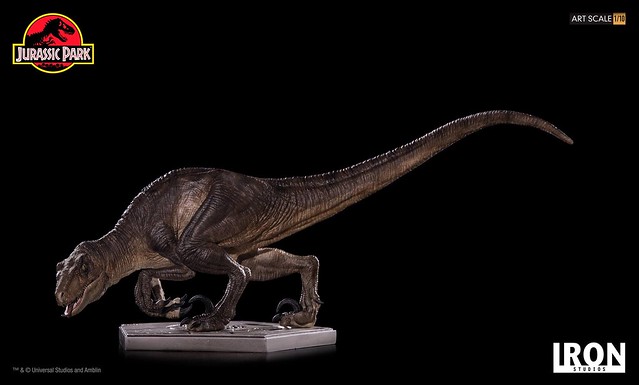 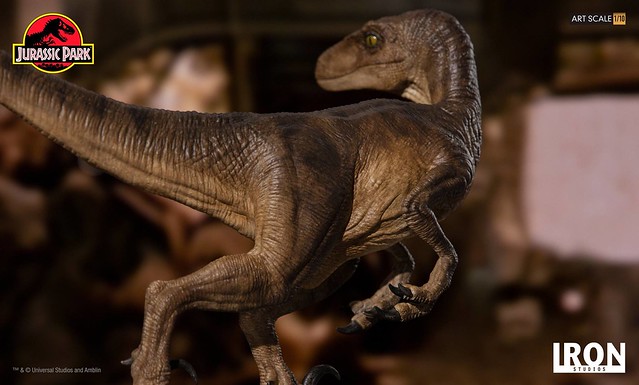 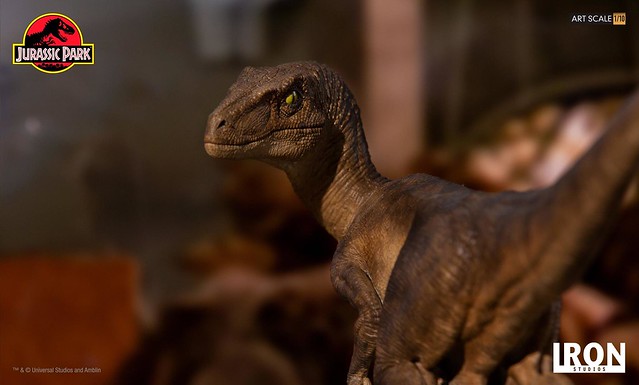 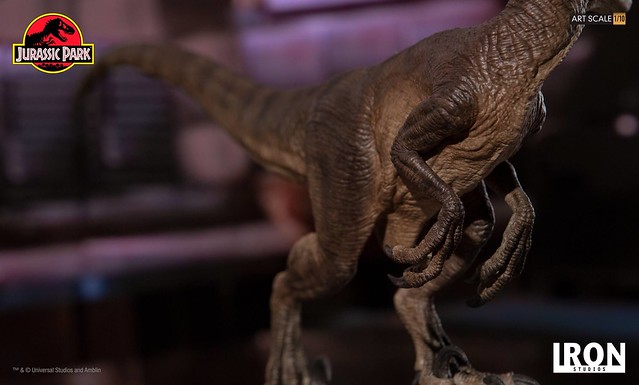 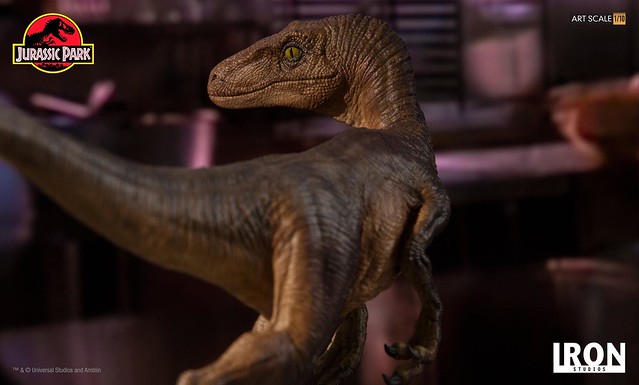 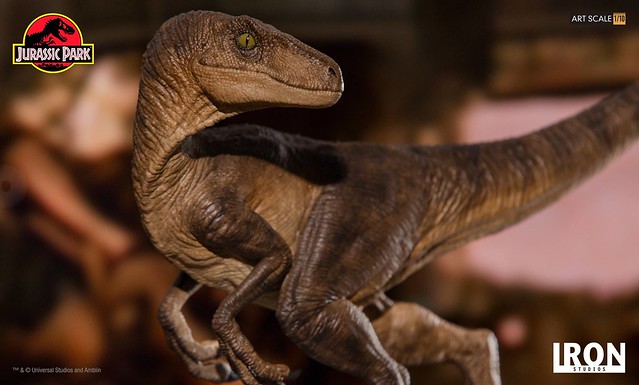 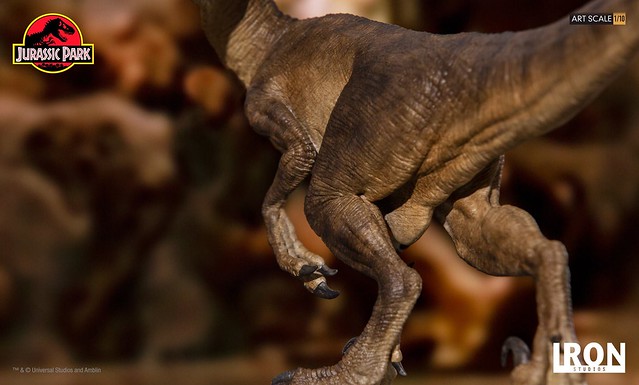 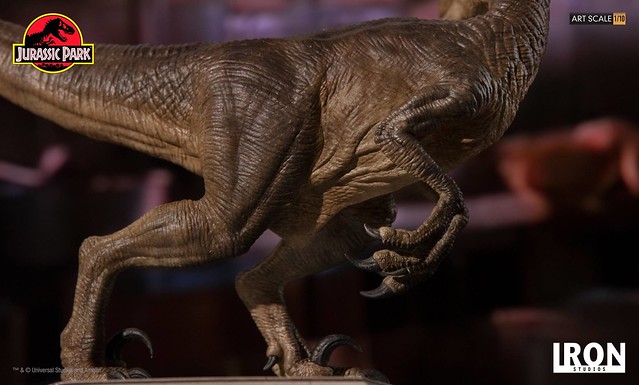 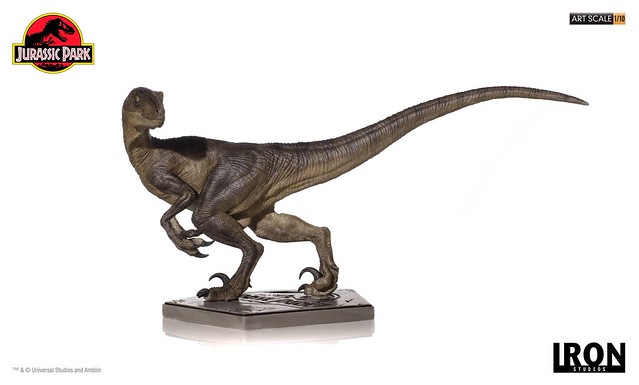 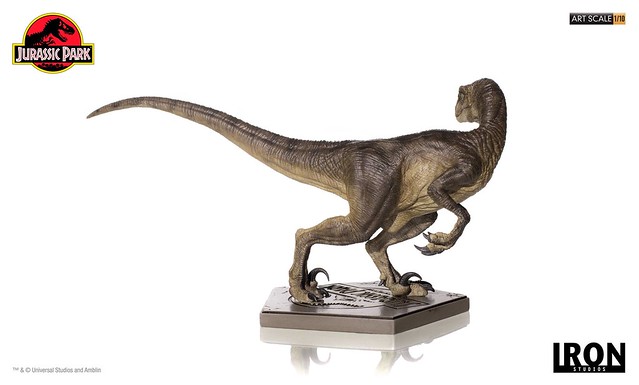 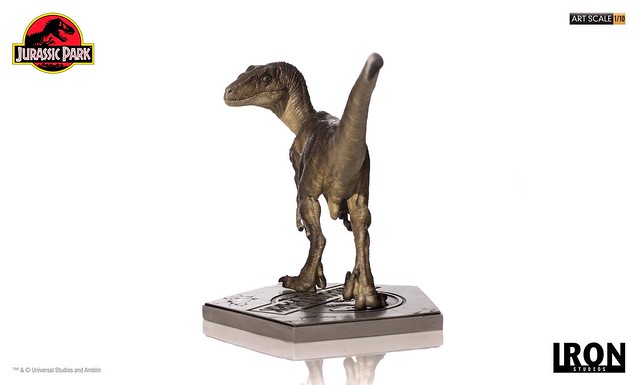 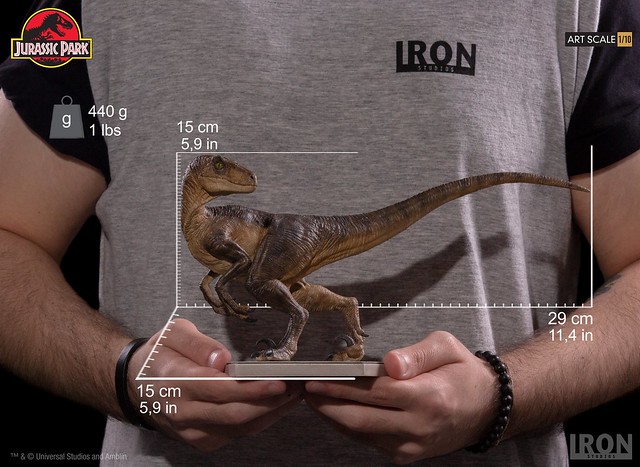 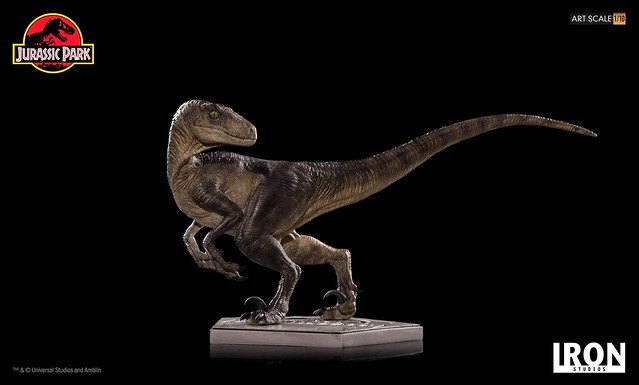