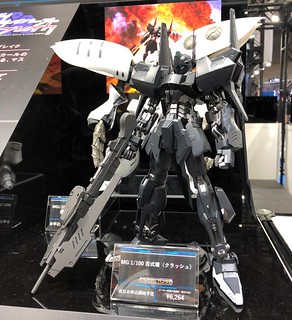 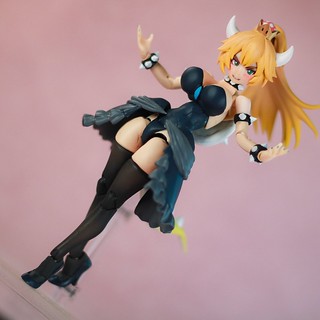 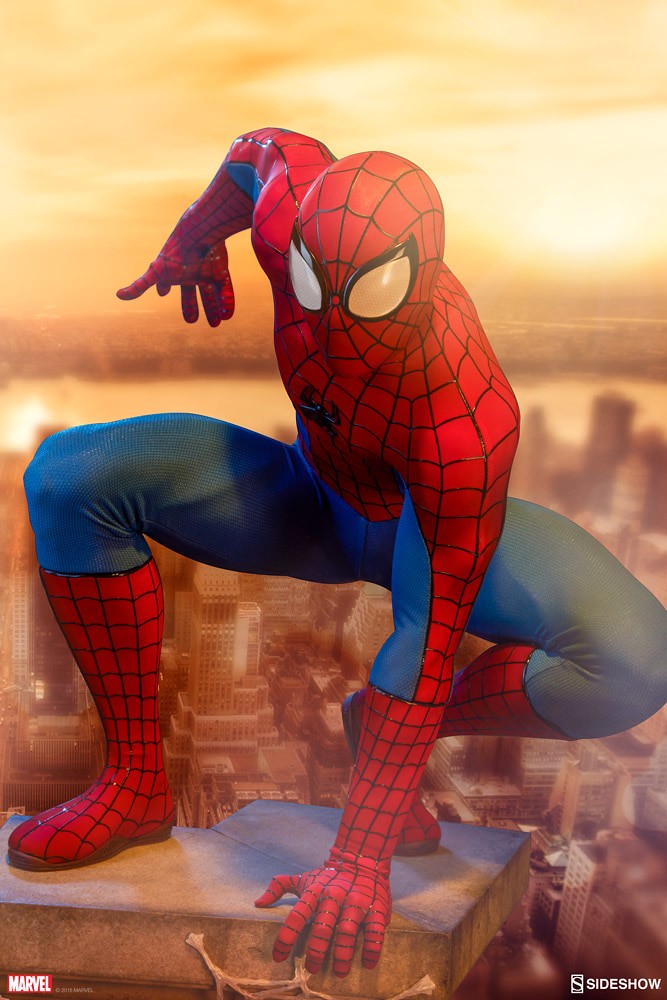 Legendary Scale Spider-Man stands 60.9cm, compare to the past statues in the series, which is mostly just standing heroically, this one is obviously more dynamic, with amazing scale and high-level craftsmanship portraying spidey's classic roof kneeling pose. The classic red-blue tights had neatly detailed chest emblem, web pattern, and web shooter. The well-built muscle covered beneath the fabric is made more realistic by the creases caused by the action. 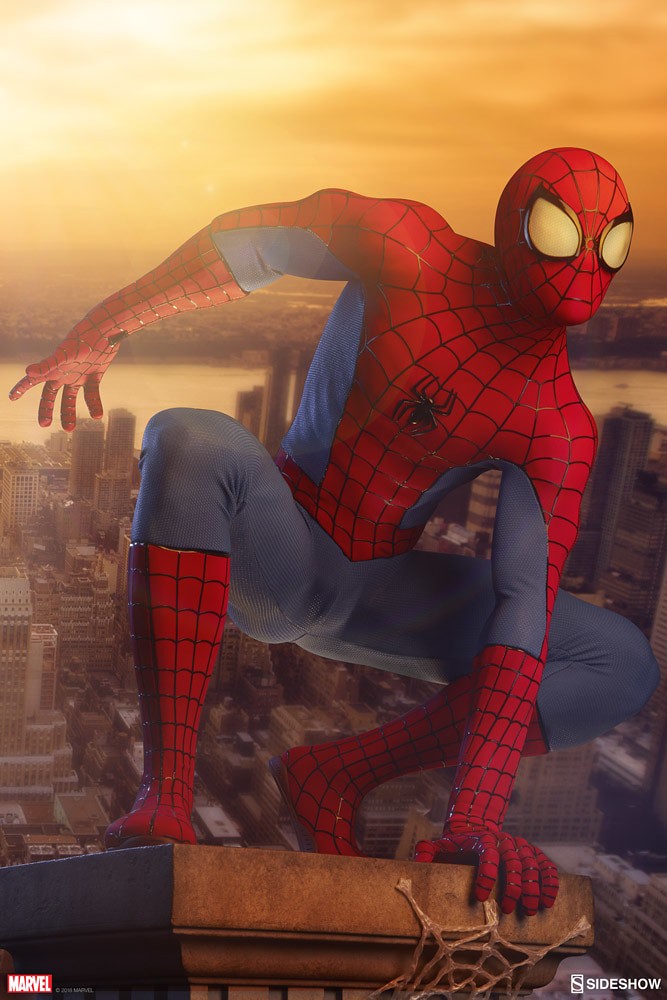 Besides the cool pose, the figure also includes the modern, fan favorite classic exchangeable parts allowing more display option for you're Spider-Man! With the corner of New York skyscraper as the base, it's made more believable with accurate weathering marking the stains of time and it even has a muddy, milky spider web sticking on it. For those who played Marvel's Spider-Man on the PS4 this must be very attractive.XD 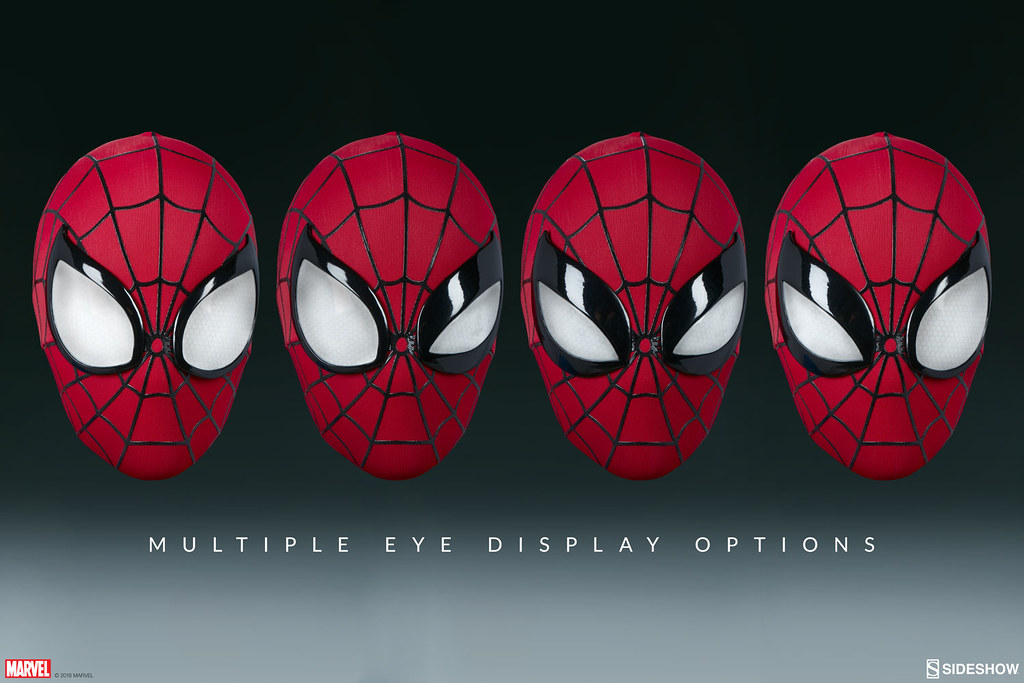 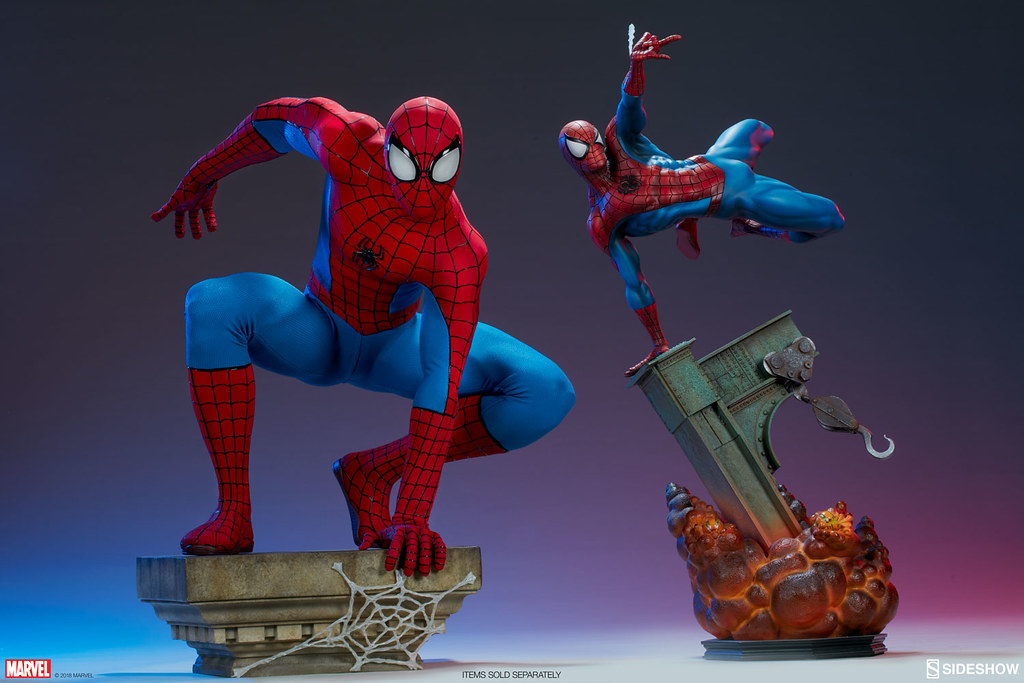 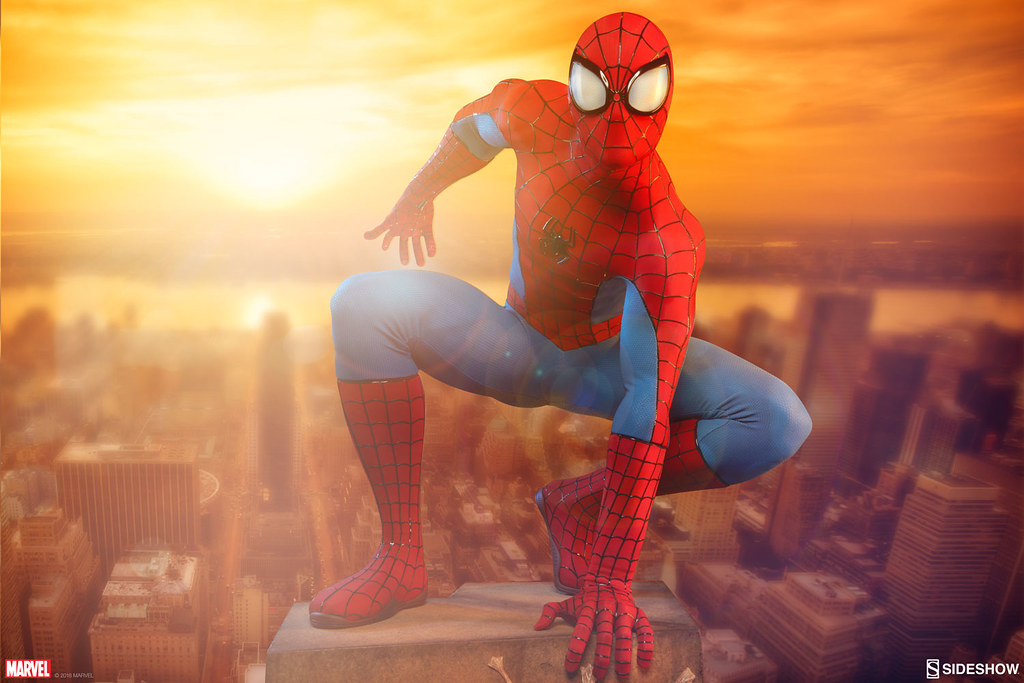 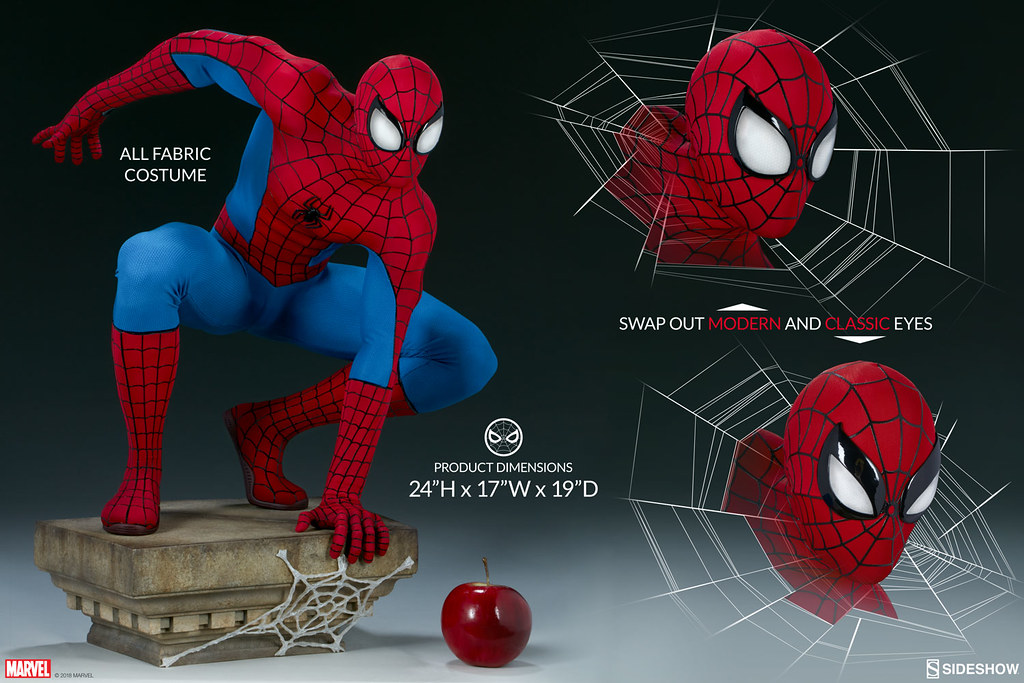 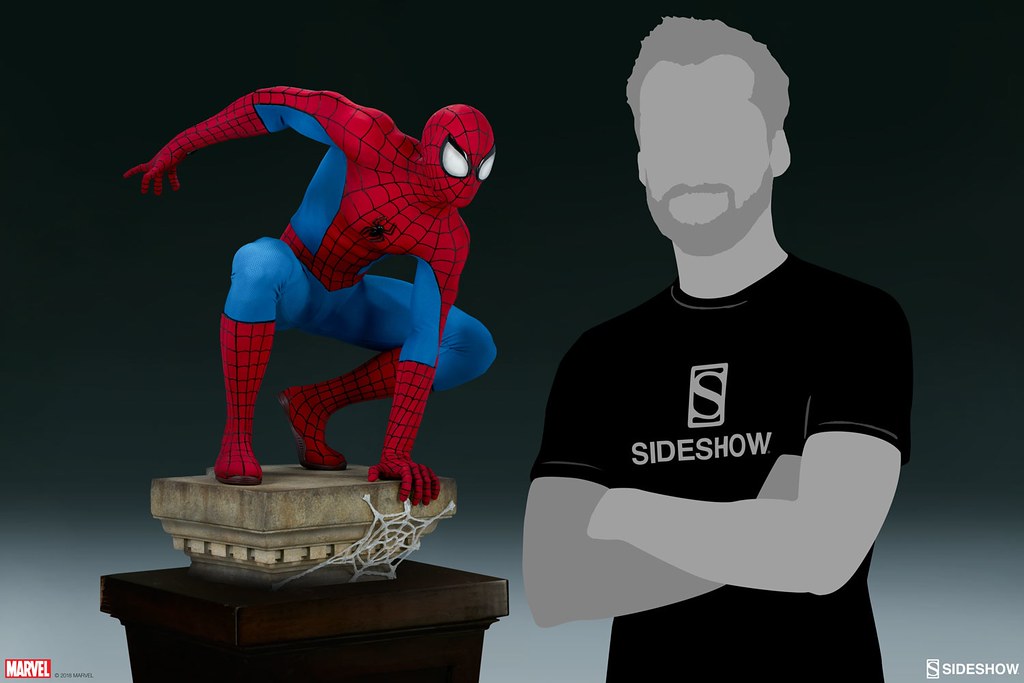 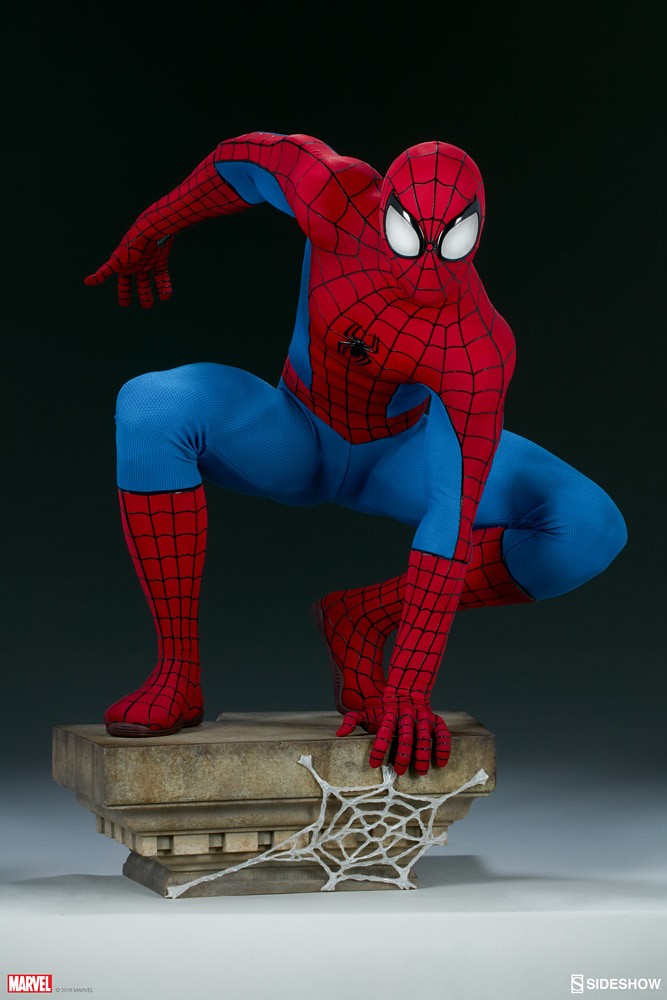 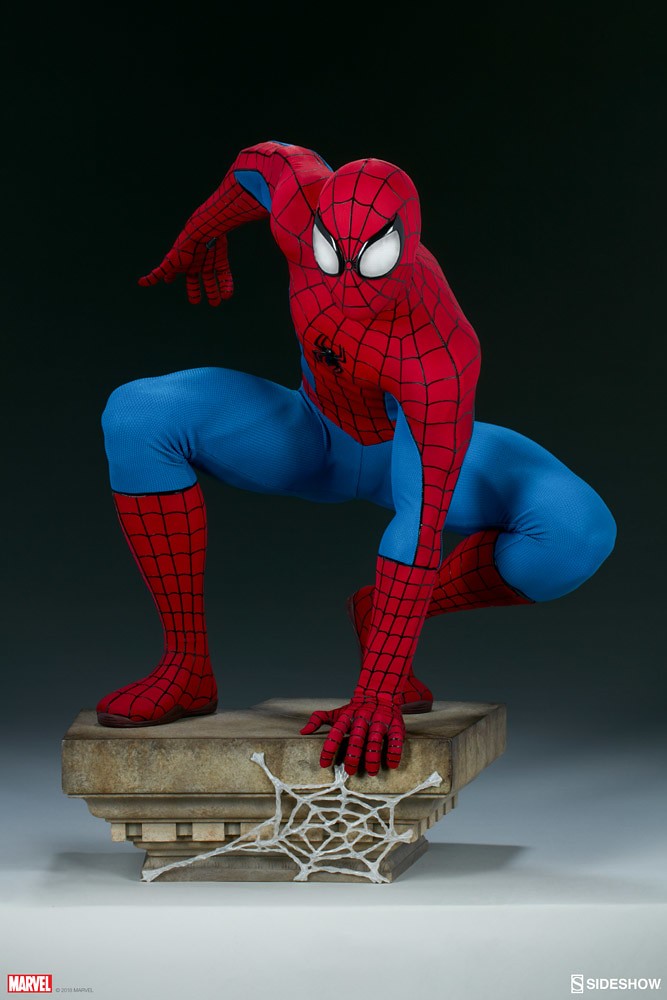 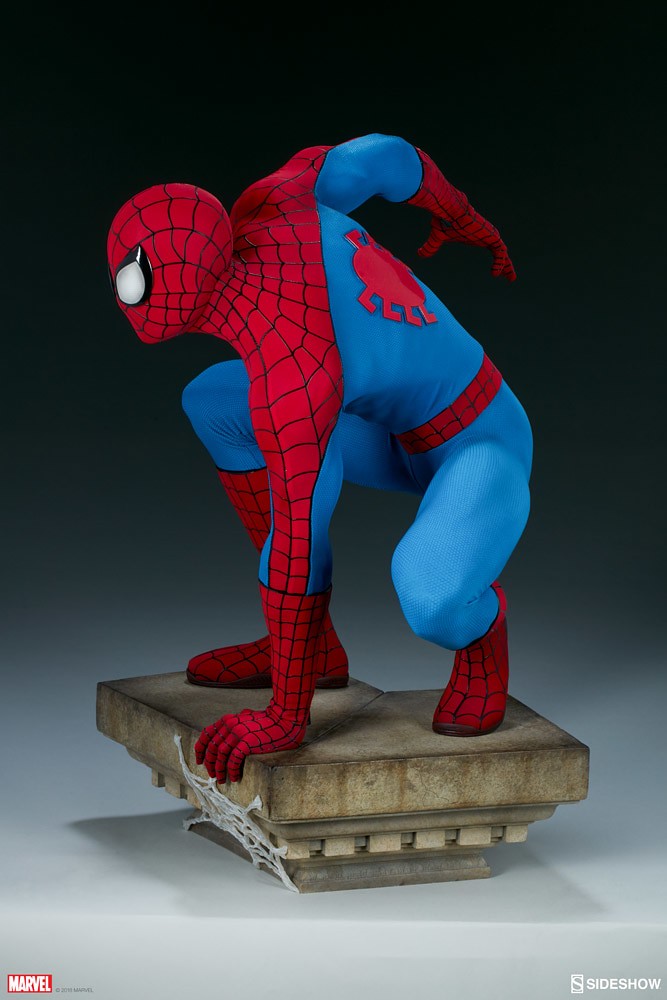 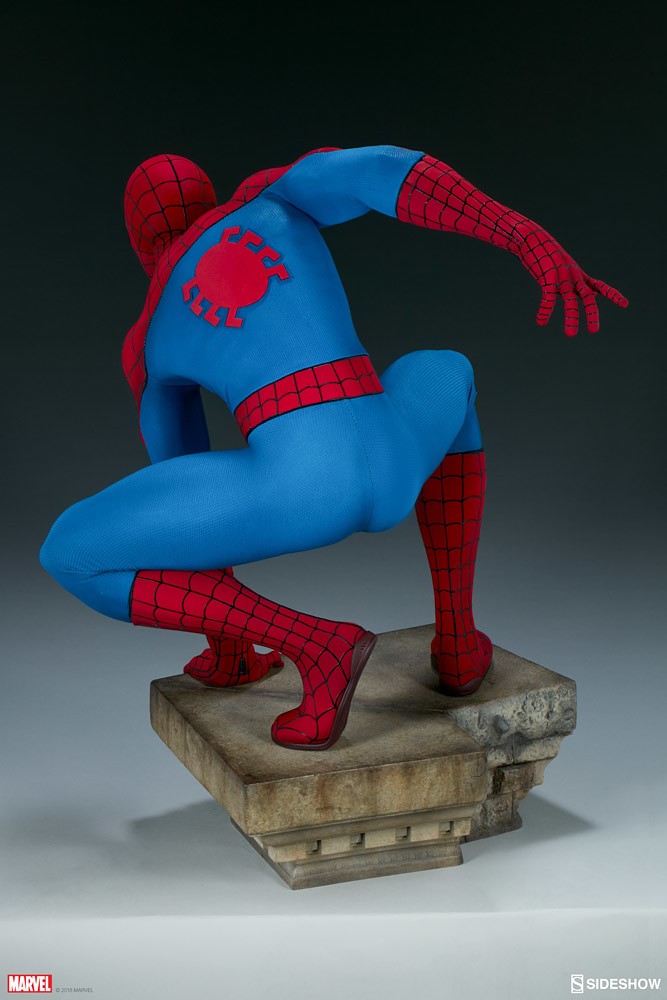 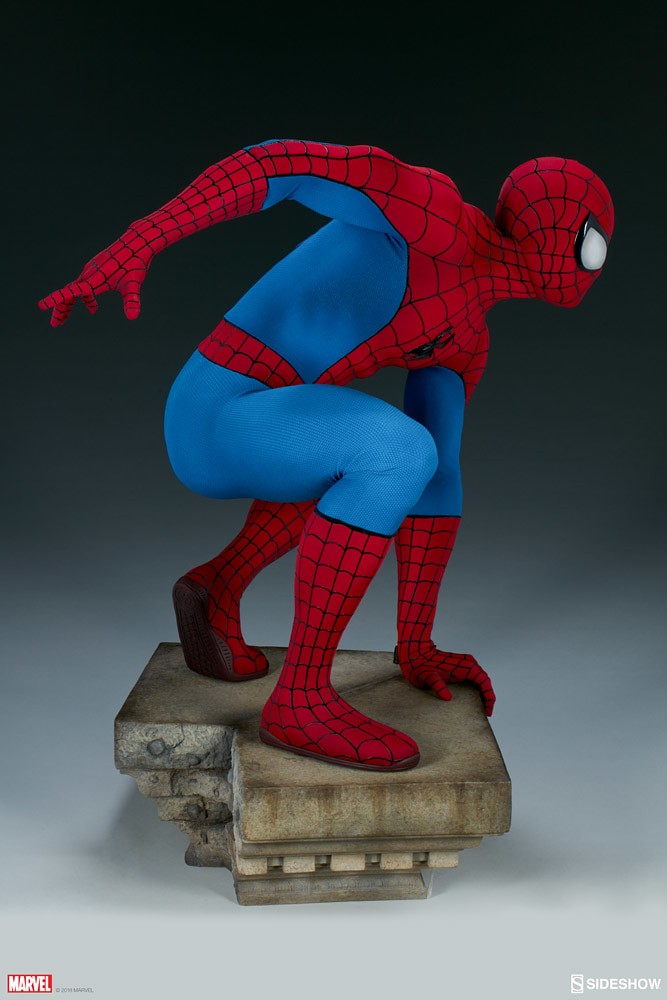 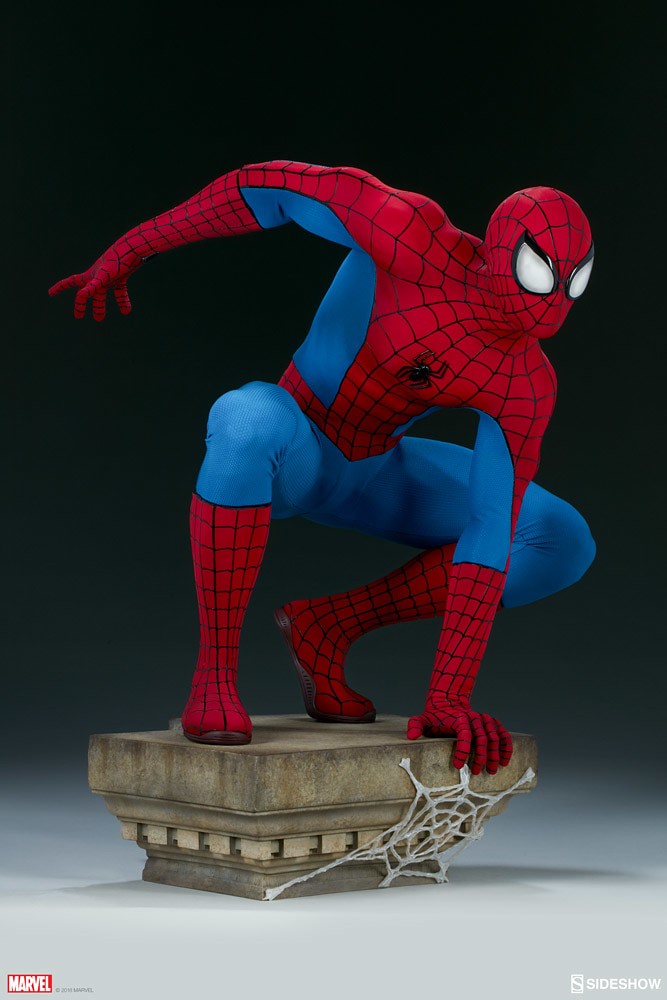 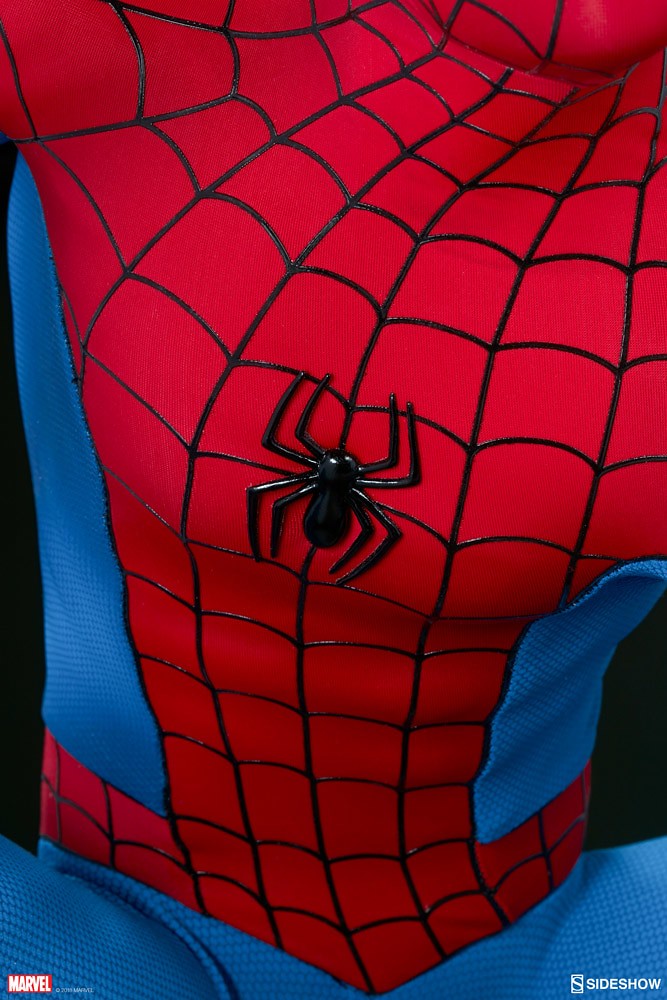 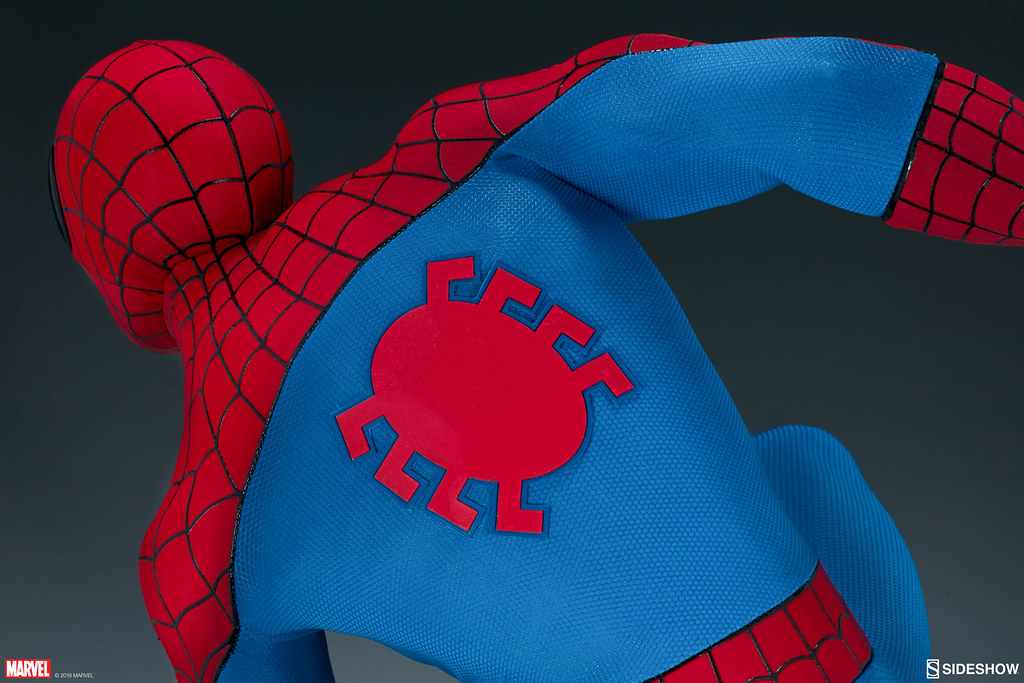 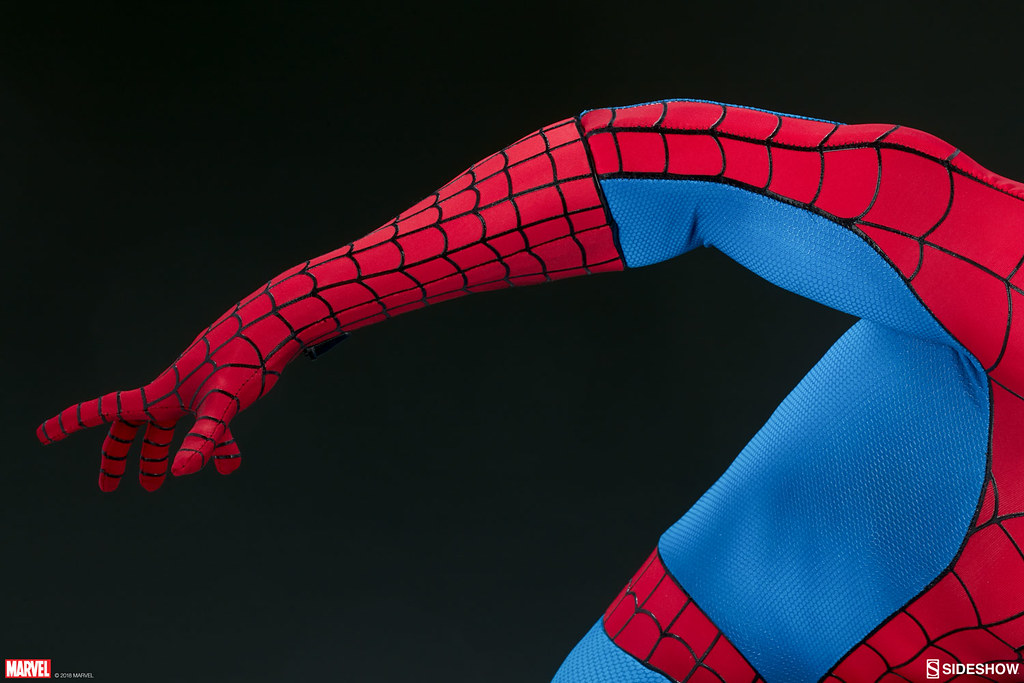 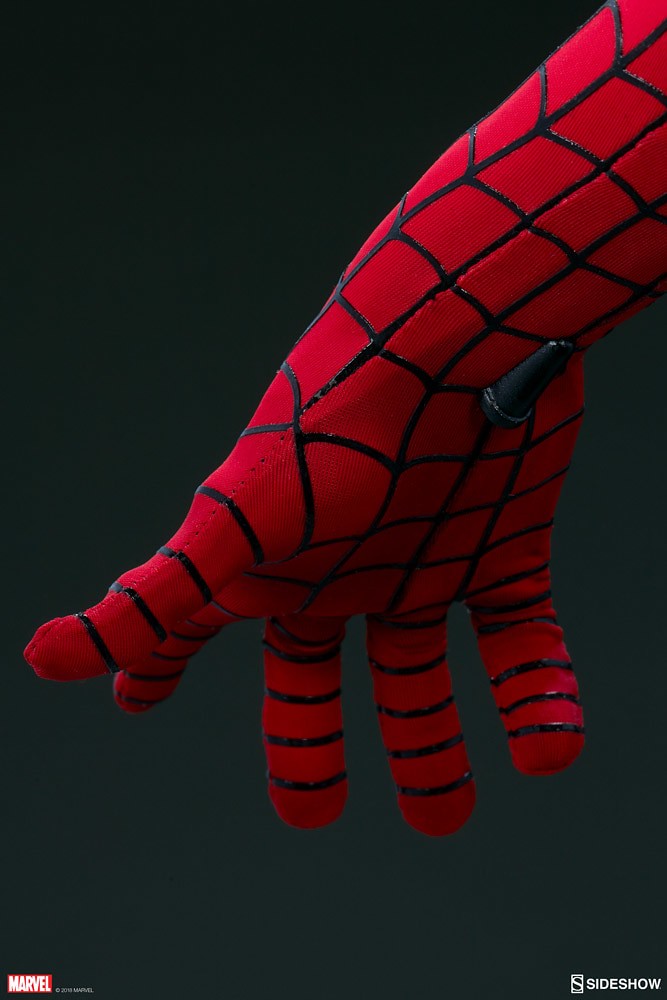 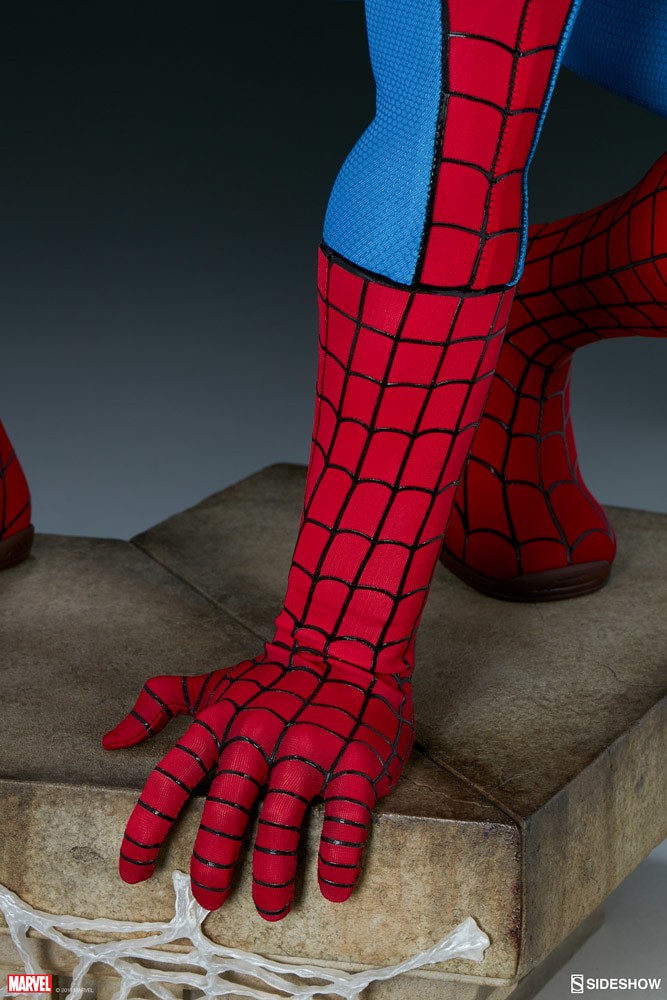 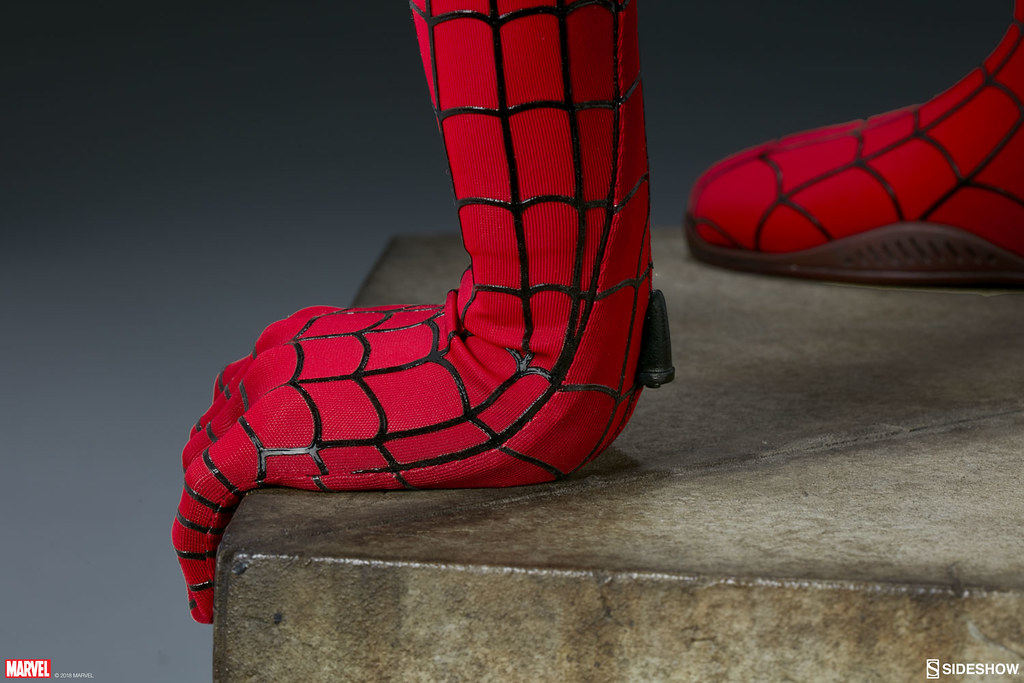 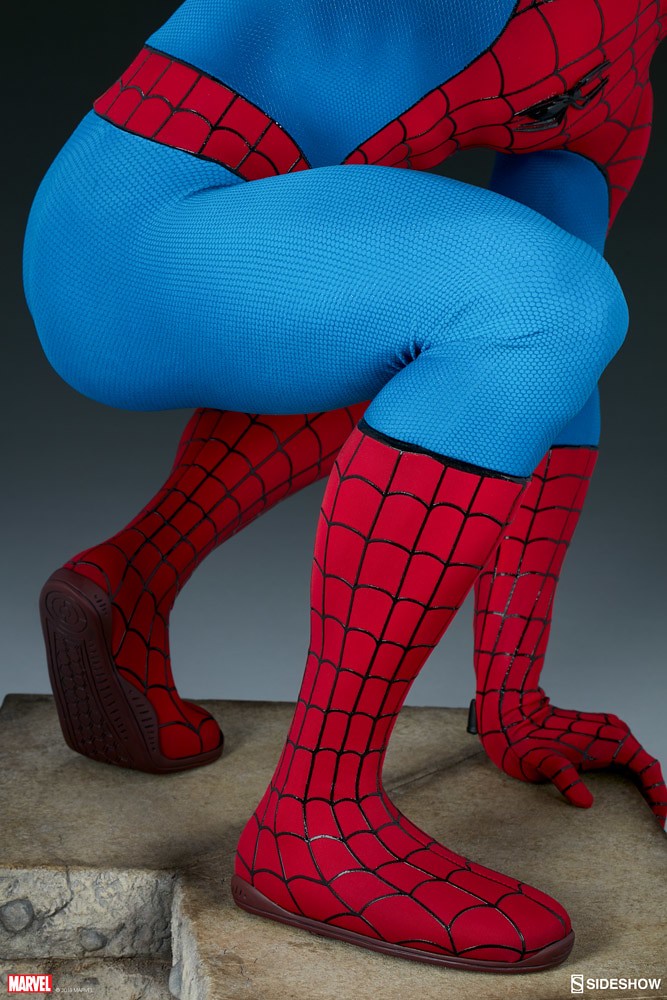 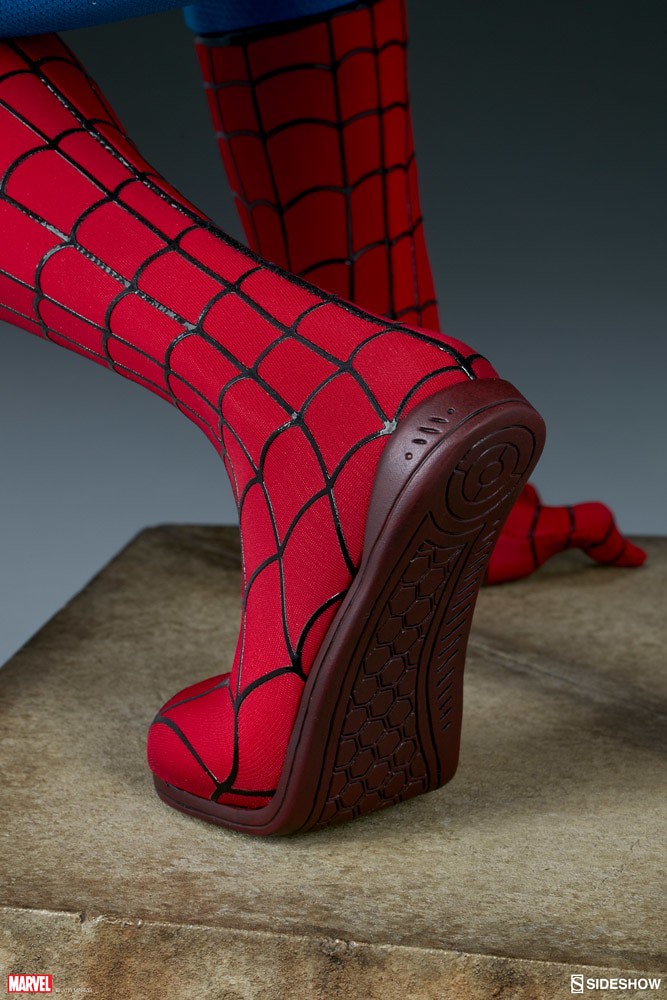 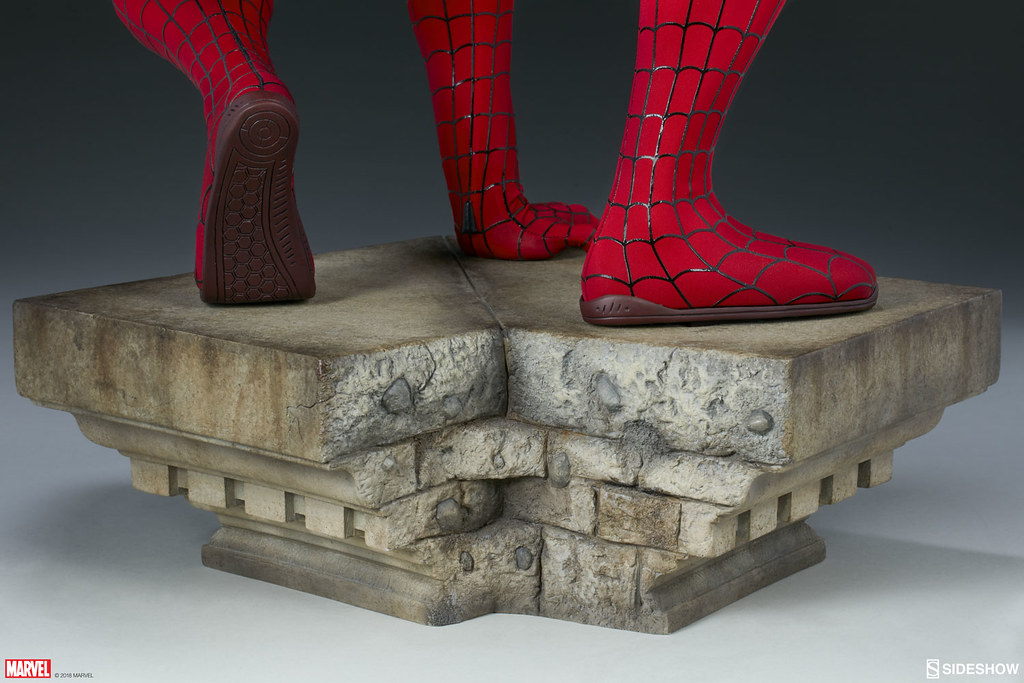 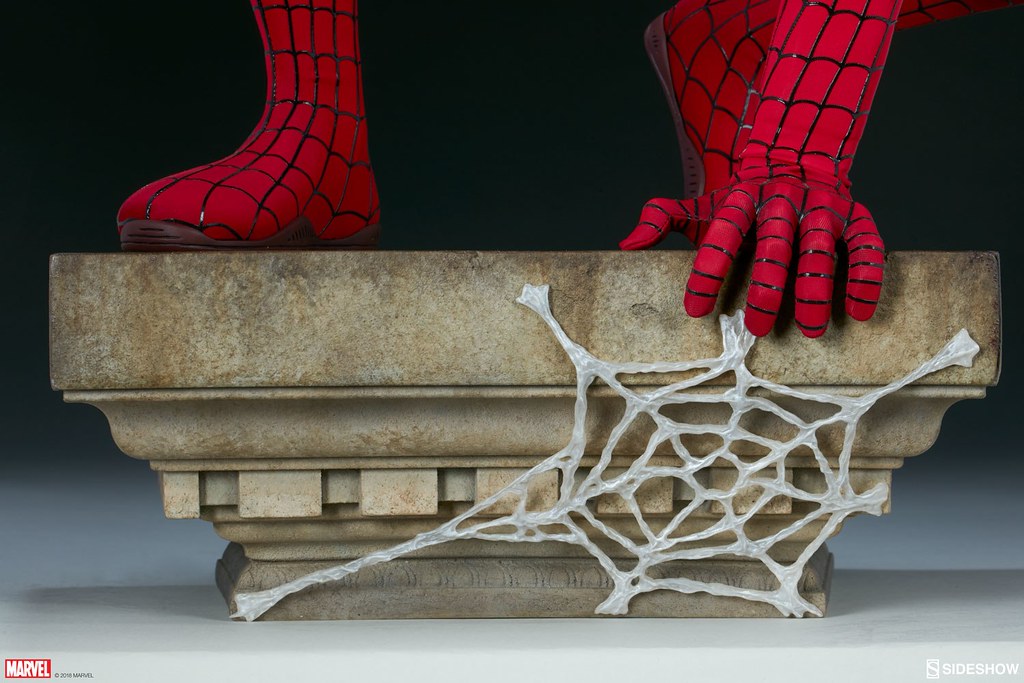 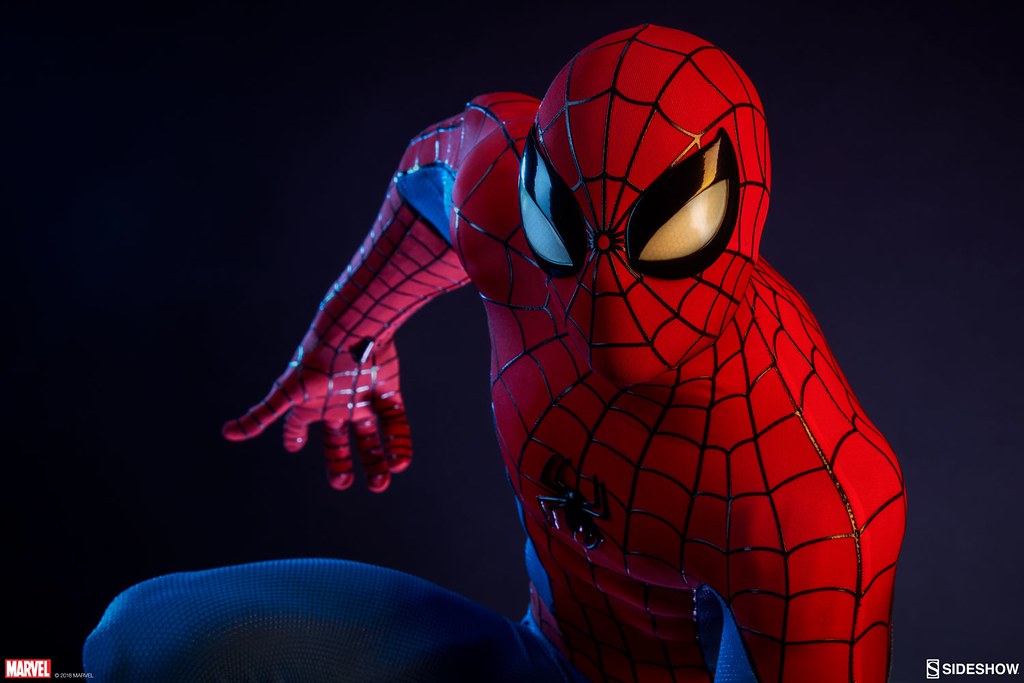 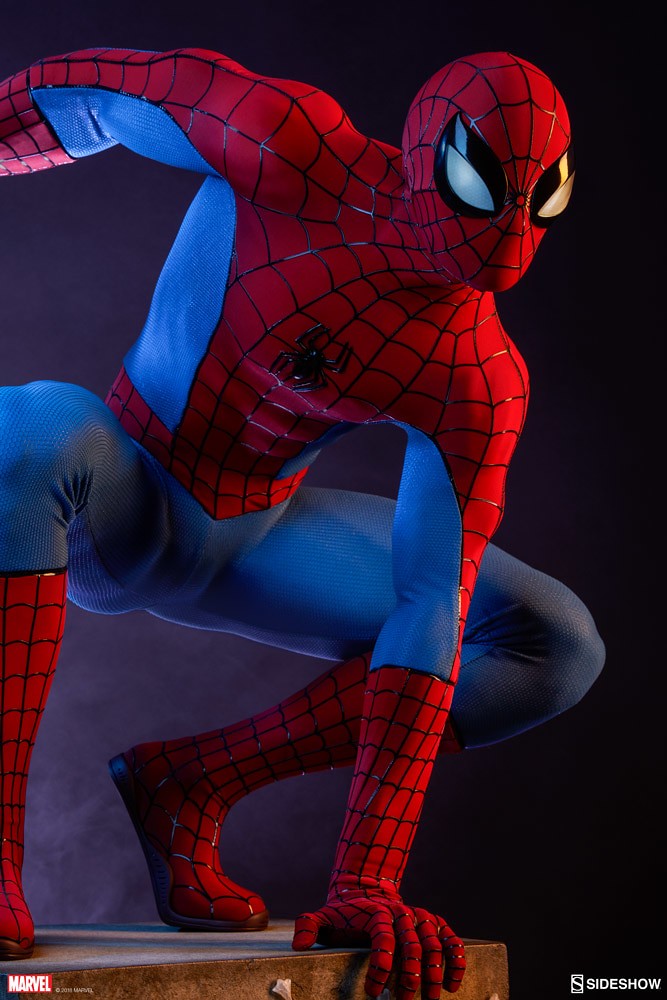 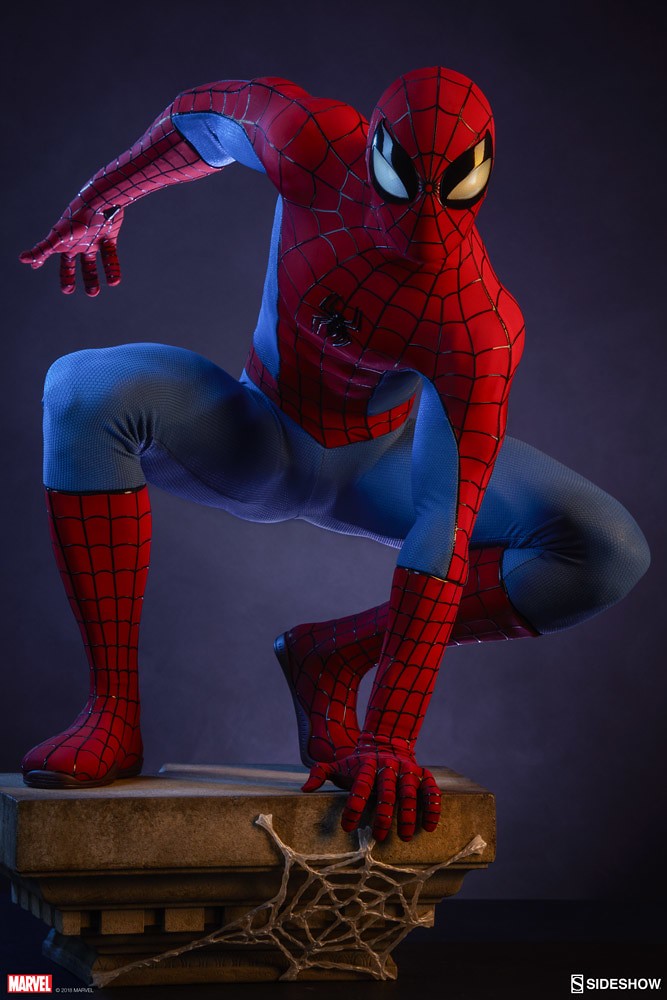