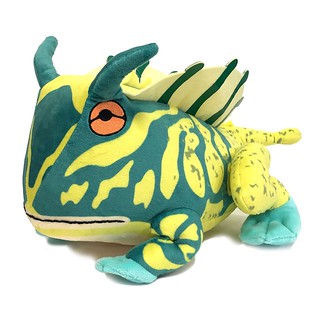 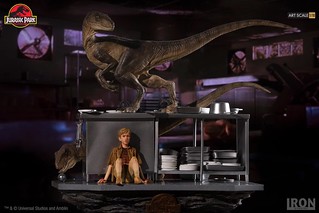 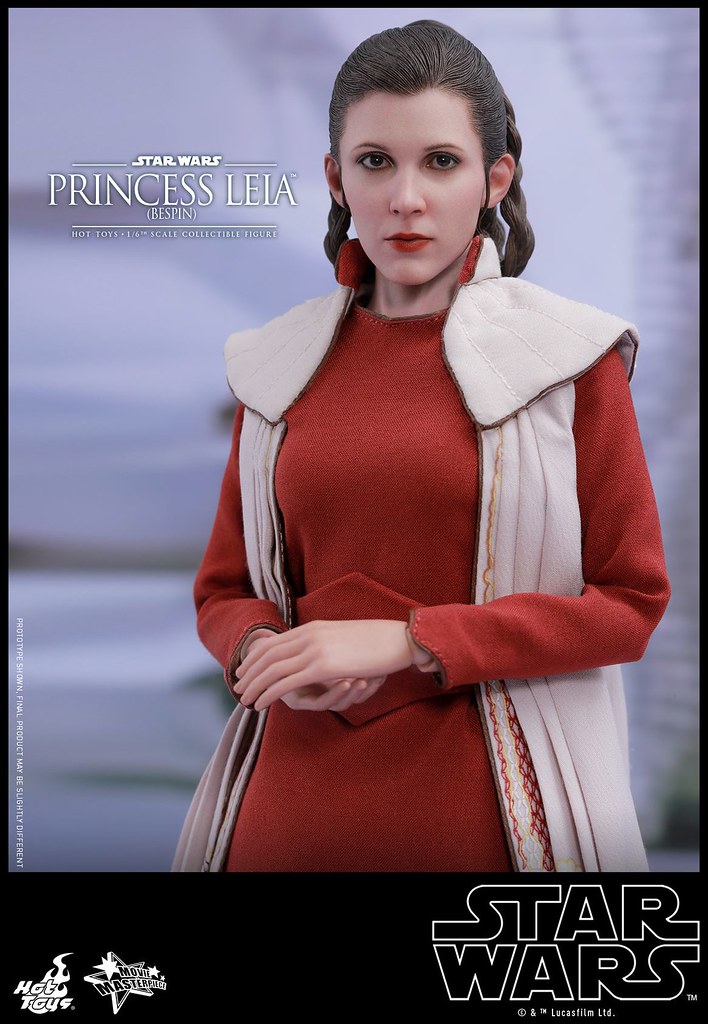 After Han and Leia arrived on planet Bespin, Cloud City, she switched to a glorious ball-dress and changed her hair. Besides stunning Lando in the film, it must be the same for many Hot Toys fans who've long waited for this version. 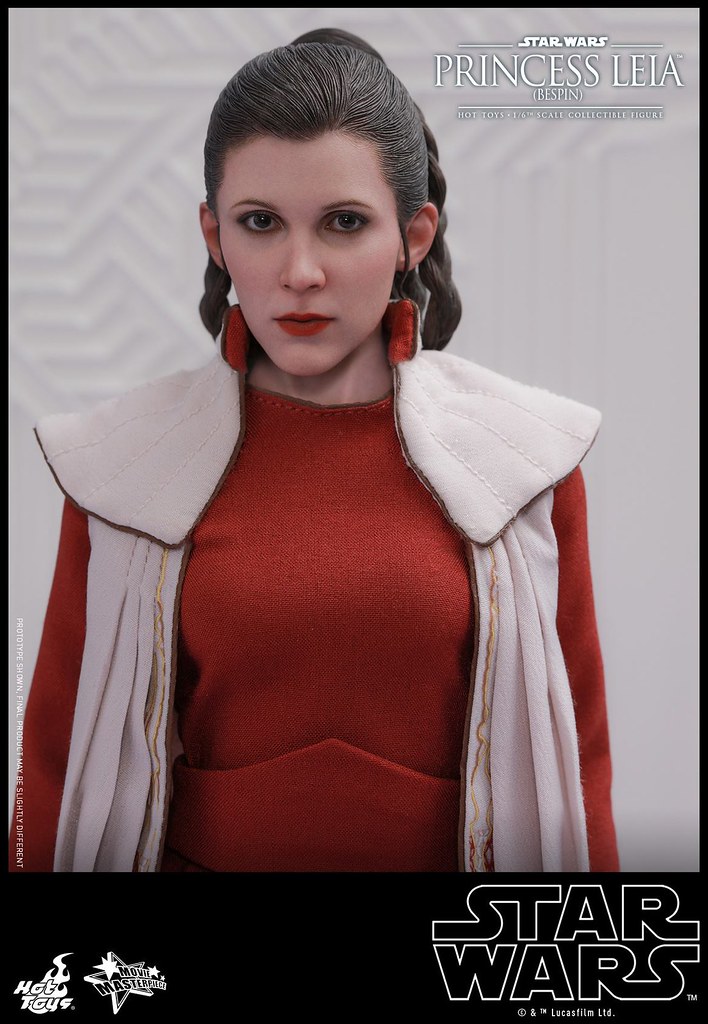 Princess Leia (Bespin) 1/6 Scale Figure stand 27 cm, with a total of 28 points of articulation. Head sculpted by So-Young Lee, and paint by E-Lee and JC. Hong, they attentively shaped actress Carrie Fisher facial features and made her looked even younger. Furthermore, the burgundy fabric pair with a beige robe and skimmers shoes reveals the rare prestigious side of Leia, who've spent most of her time fighting the empire. 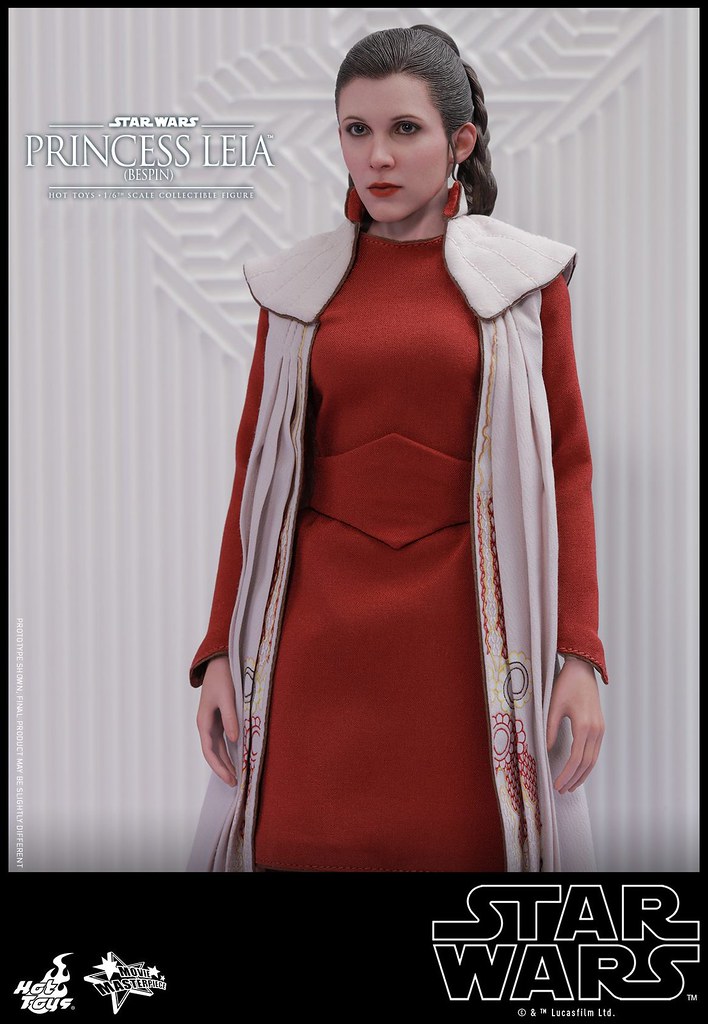 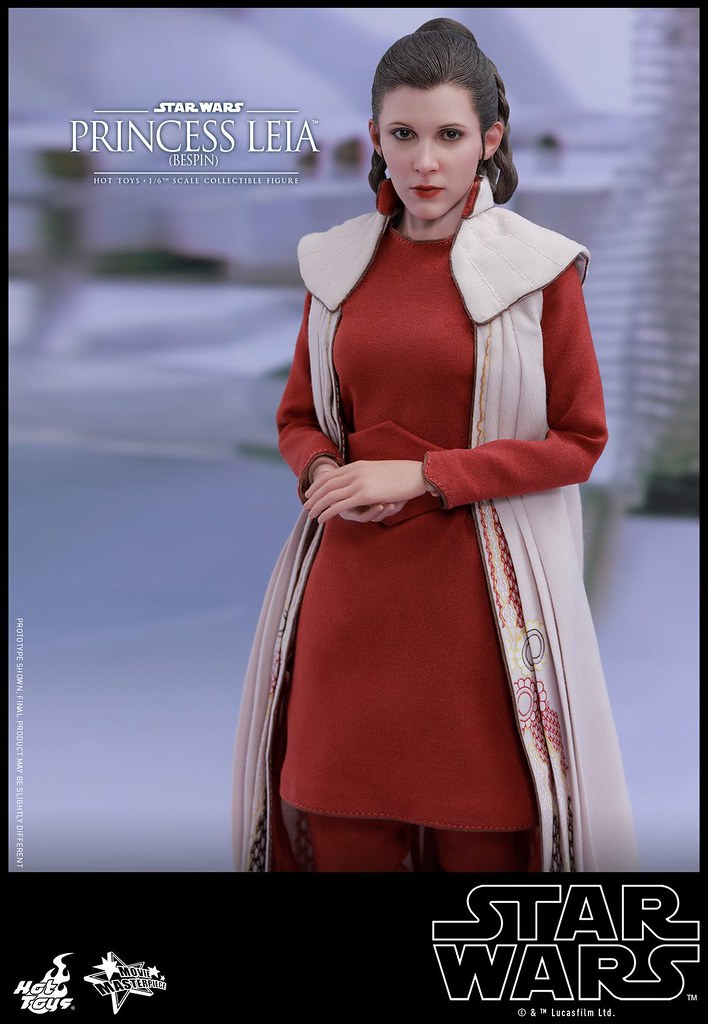 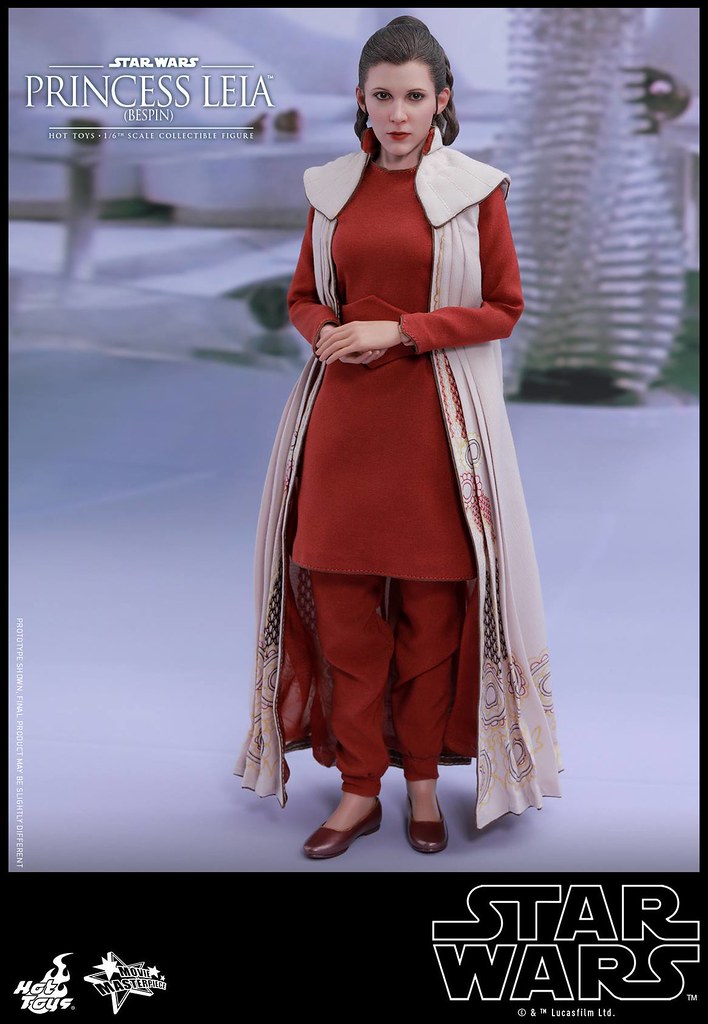 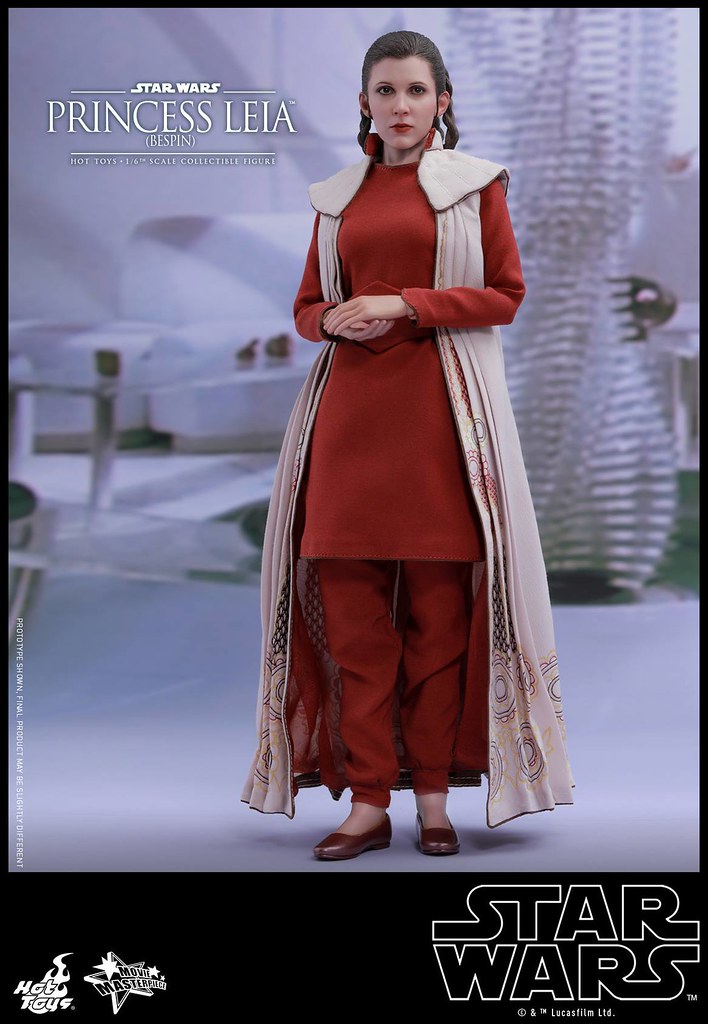 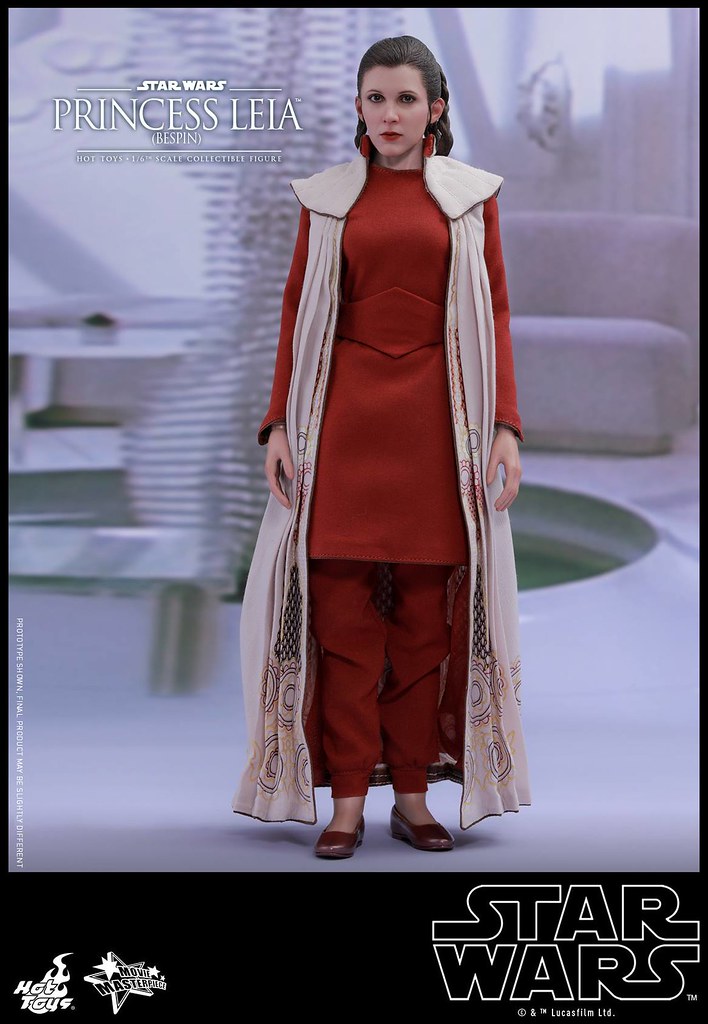 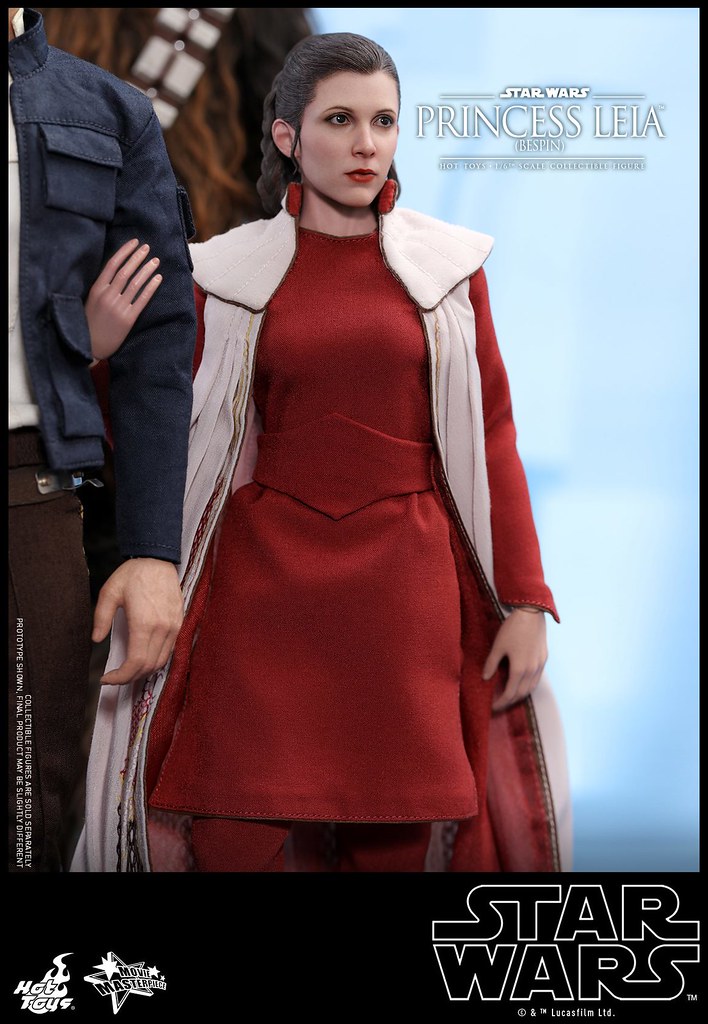 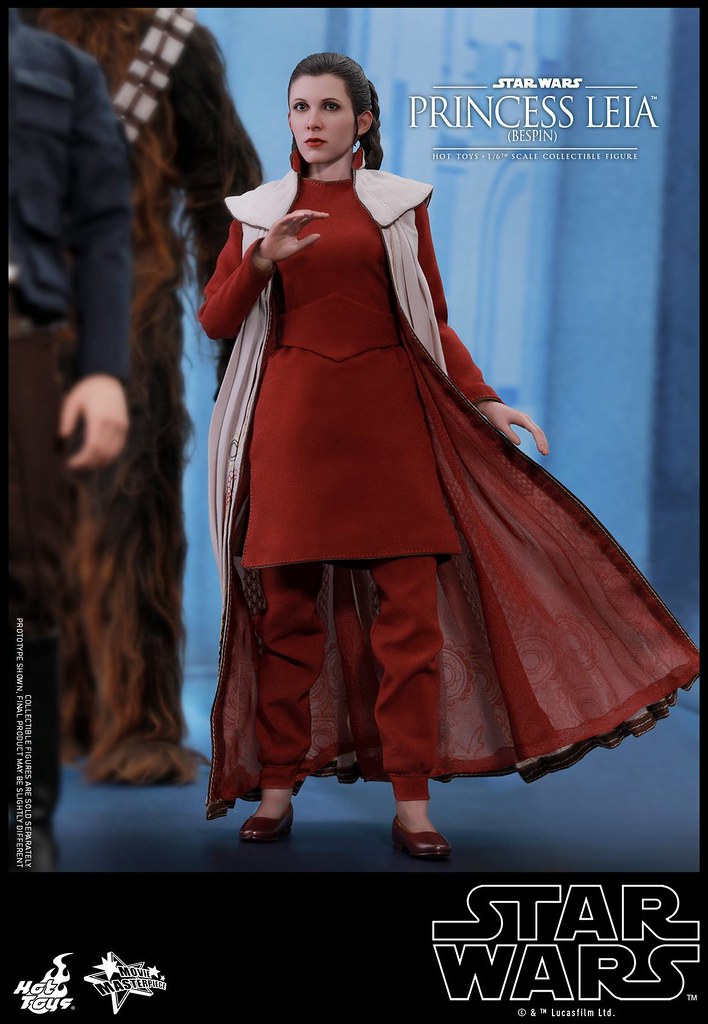 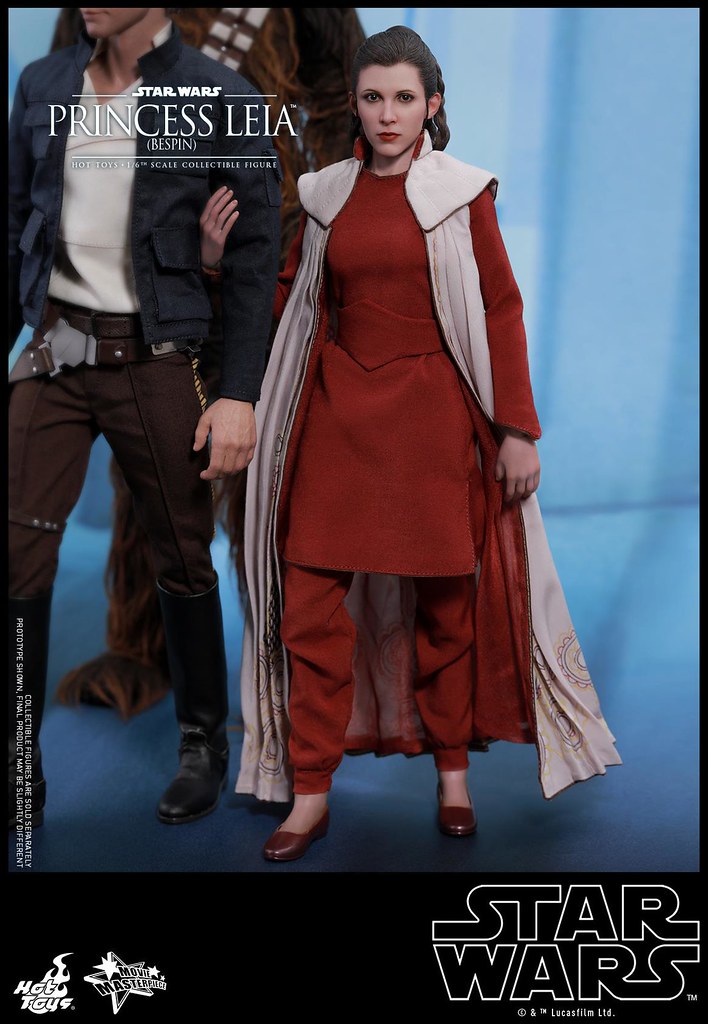 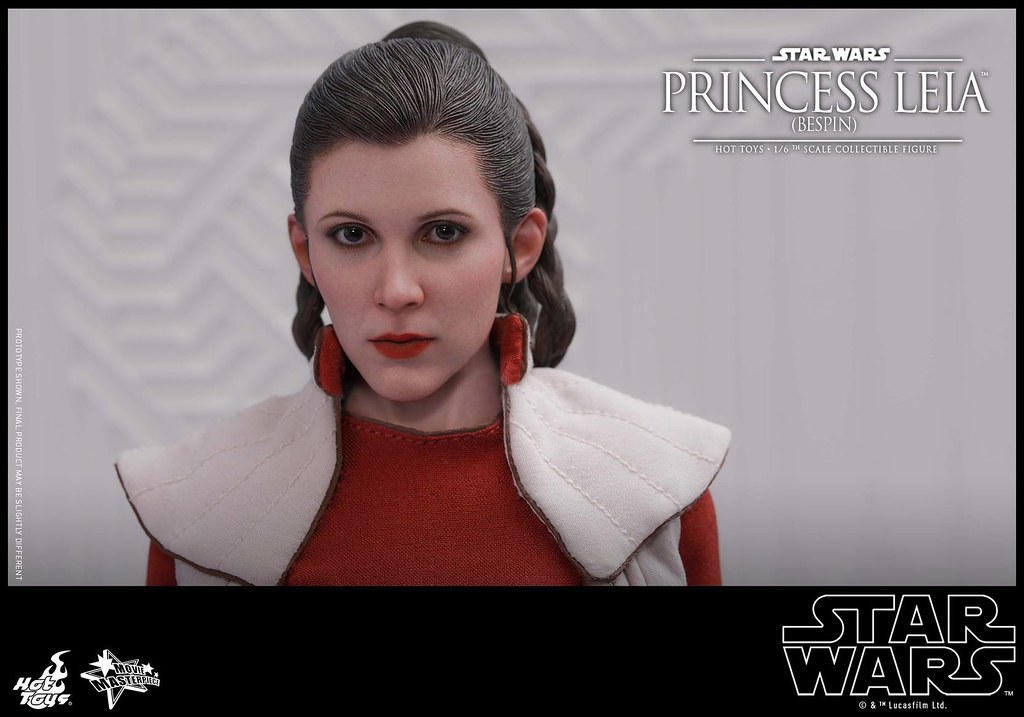 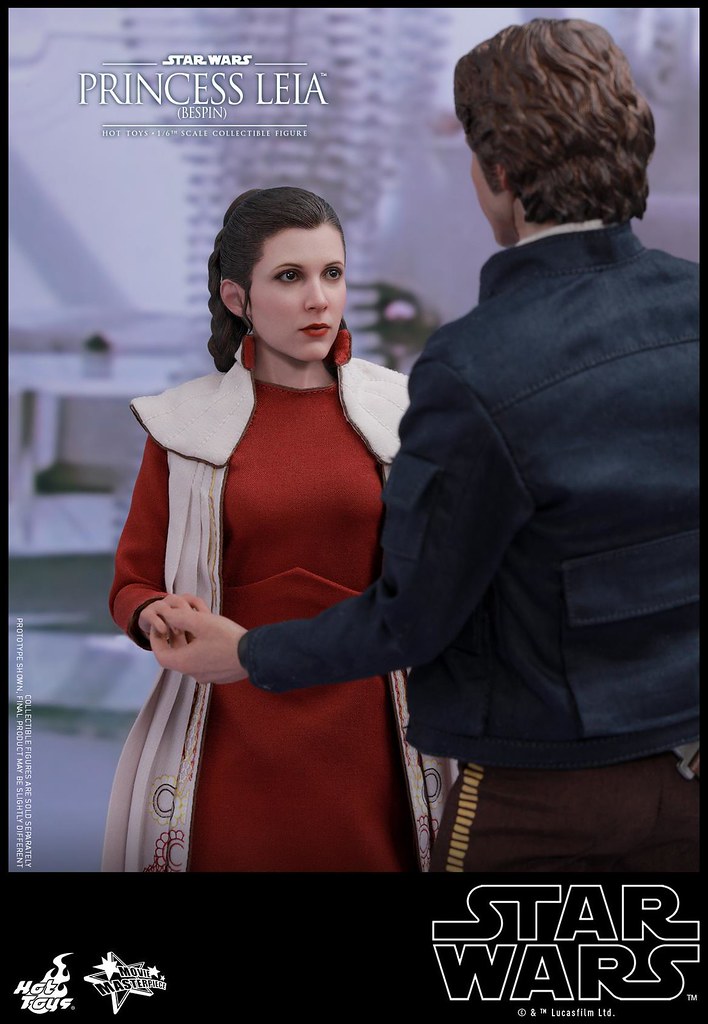 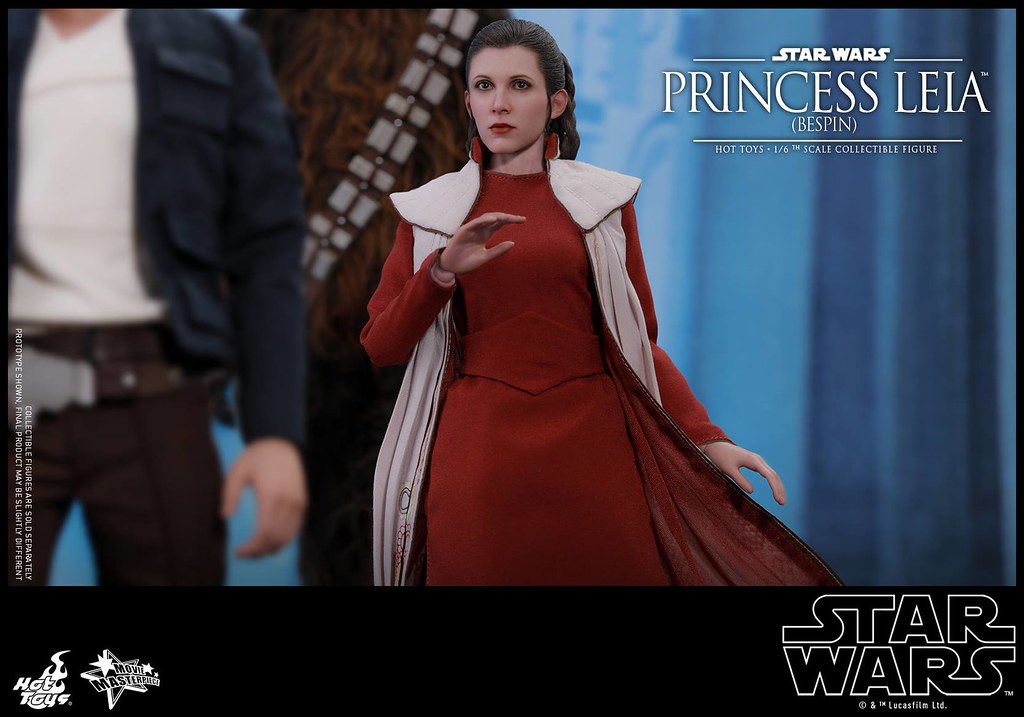 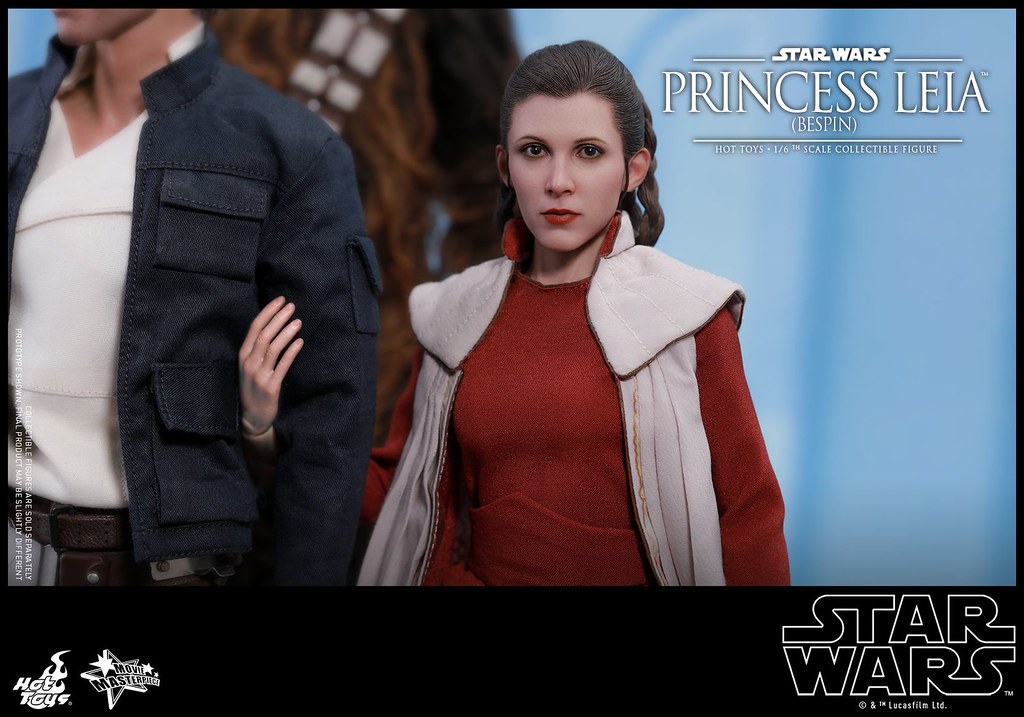 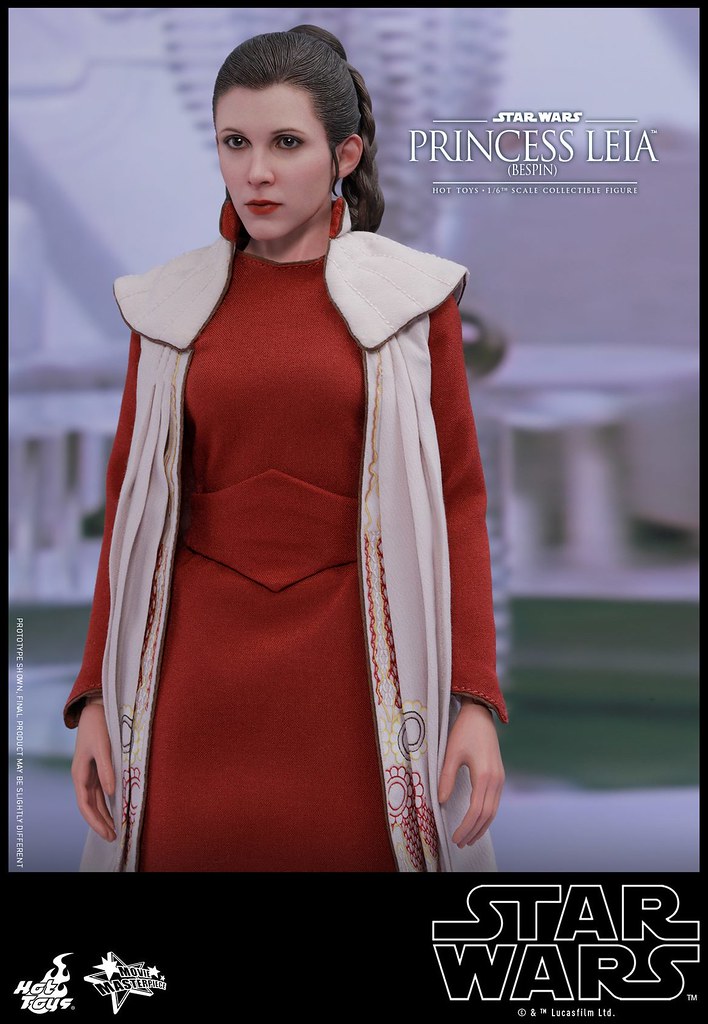 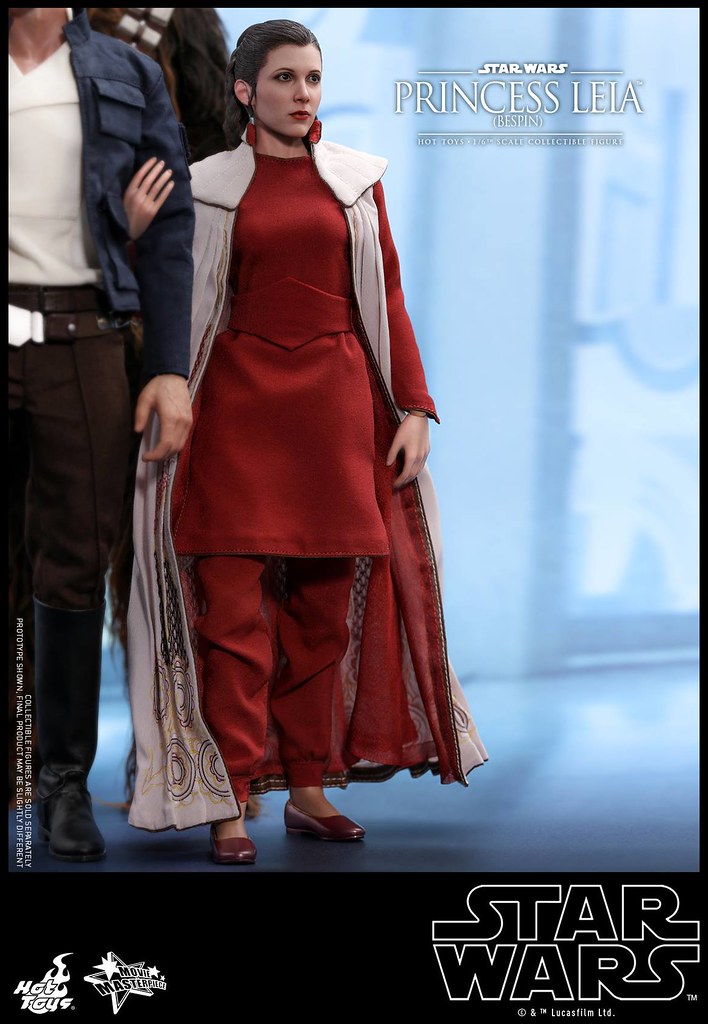 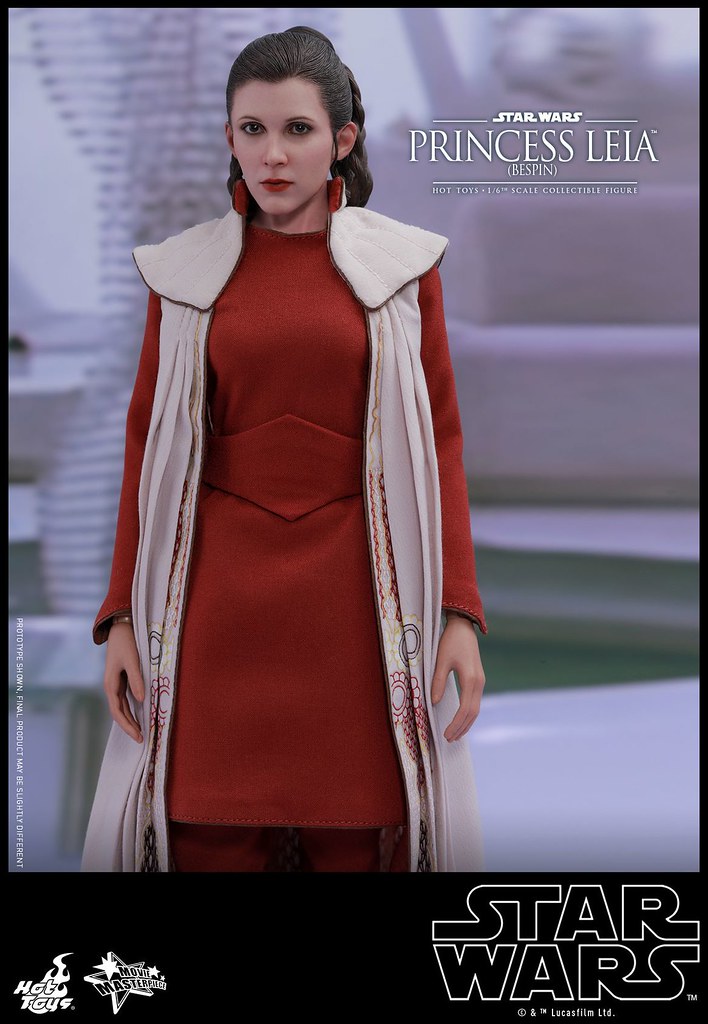 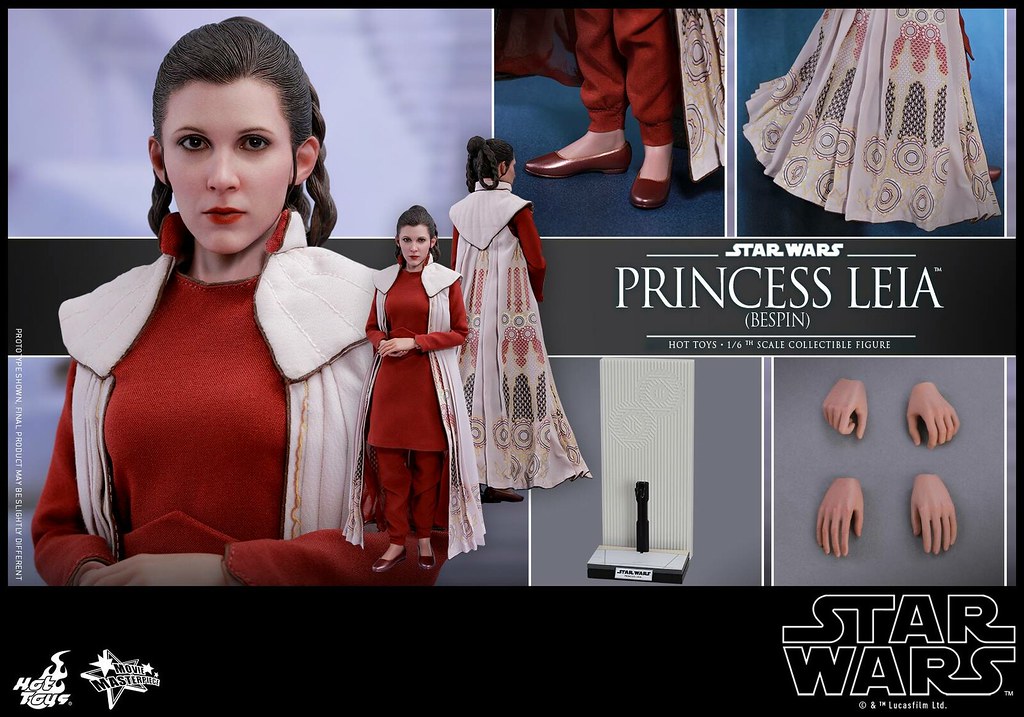