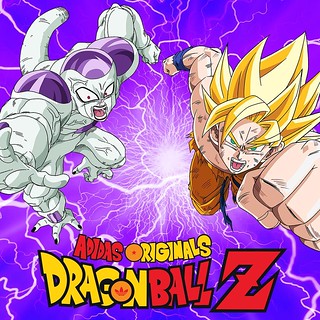 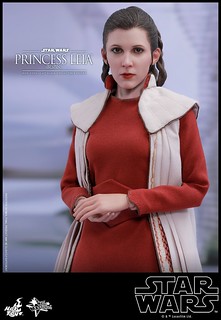 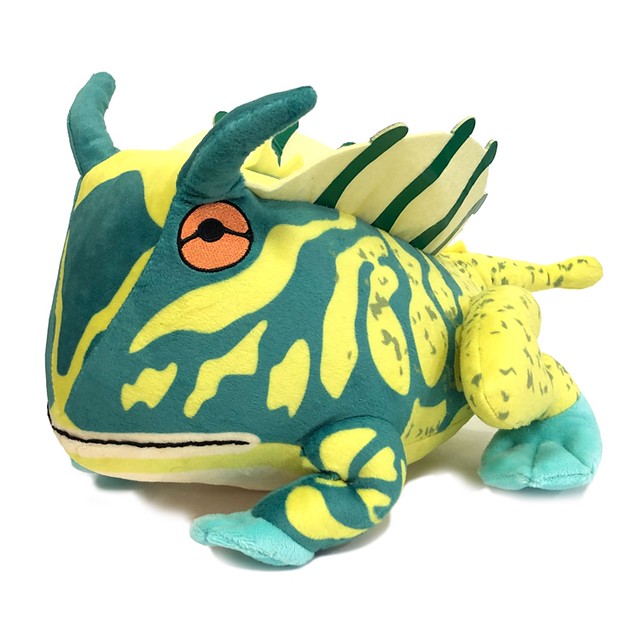 Paratoad is Endemic Life creature in Monster Hunter World, it inhabits ponds and shadows and is typically stationary, but if struck it'll inflate its belly and release dense paralyze gas, paralyzing any living creature it contacts. Recognize it in the field will help you takedown larger monster, ignore it and you'll end up carted. Paratoad and Sleeptoad are the most powerful creatures on the continent, Hunters can never one shot it, and after it deflates it immediately jumps away, its vitality is off the chart! 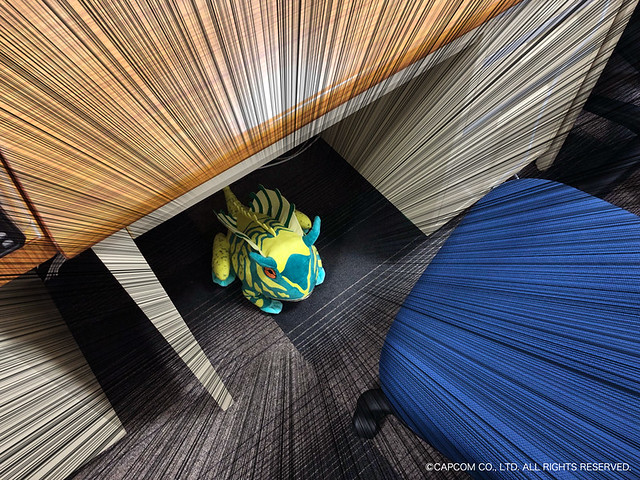 Paratoad Stuffed Toy is H230mm×W290mm×D420mm in size similar to an African bullfrog. The big eyes, a beautiful yellow-green pattern, and strange dorsal fin are all copied from the game. 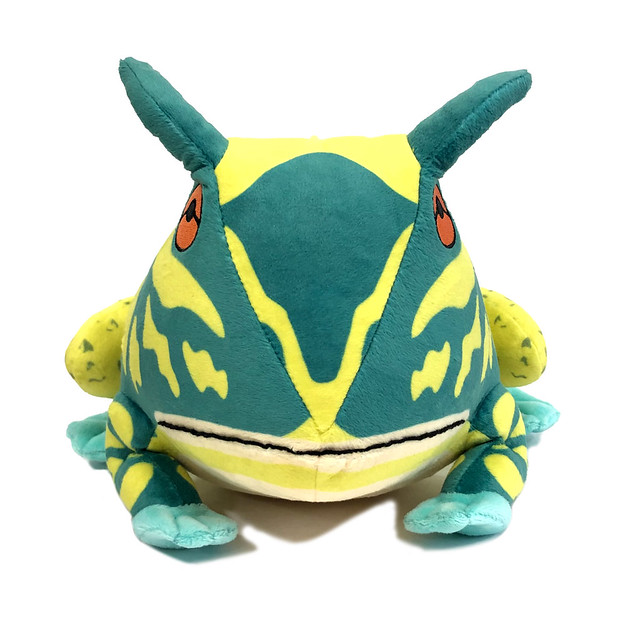 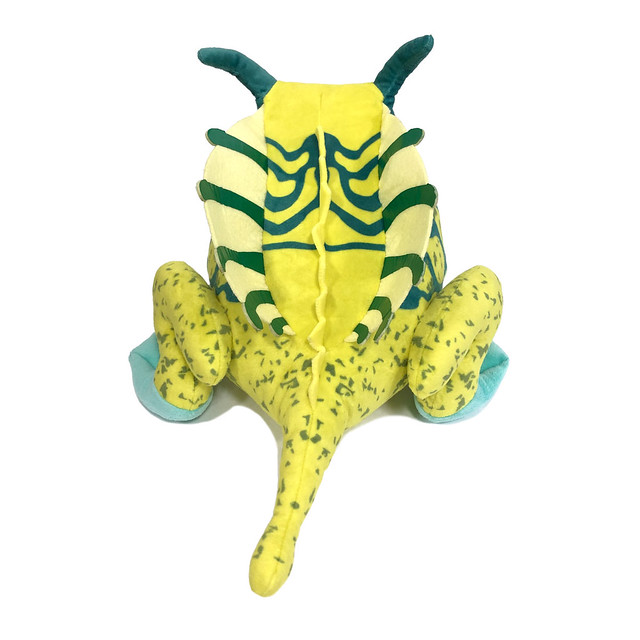