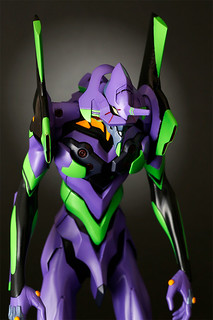 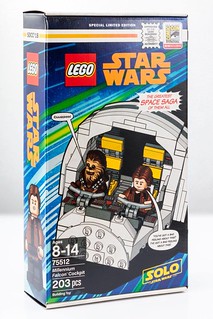 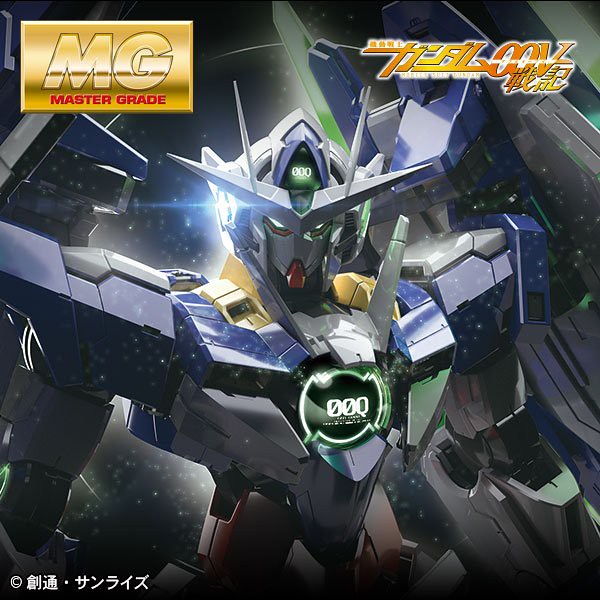 The GNT-0000 00 Qan[T] is a fifth generation Gundam that debuted in Mobile Suit Gundam 00 The Movie – A Wakening of the Trailblazer. Designed specifically for protagonist Setsuna F. Seiei, the 00 Qan[T] runs on twin GN drives with no external stabilization devices, allowing Twin Drive System to output more energy. Its primary weapon is the GN Sword V, which can alternate between Rifle Mode and Sword Mode, while 00 Qan[T] can also wield its six GN Sword Bits, versatile weapons which can double as swords or remote weaponry.

Although it did not appear in the film, the GNT-0000/FS 00 Qan[T] Full Saber is an advanced variant of the 00 Qan[T] mobile suit, equipped with the GN Sword IV Full Saber equipment to stabilize the twin GN Drives and prevent them from going out of control. The GN Sword IV can transform into a rifle, launcher or a full saber for more destructive power, making the Gundam extremely formidable in close quarters combat. 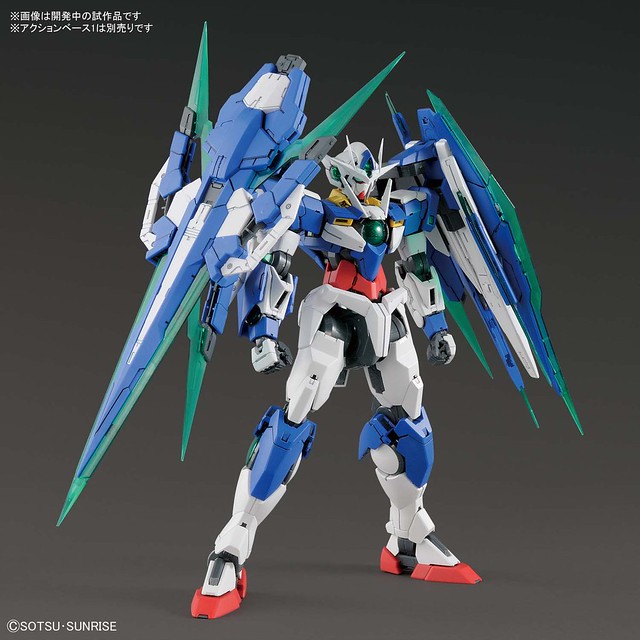 Using the MG 1/100 00 Qan[T] as its base, the 00 Qan[T] Full Saber comes with the new official GN Sword IV Full Saber pack, its back armor redesigned to accommodate the GN Sword IV and GN Shield. Furthermore, its head crest, which bears closer resemblance to the 00 Gundam, is designed based on visual art from mechanical designer Kanetake Ebitaka himself. The set also includes a display base for the Gundam. 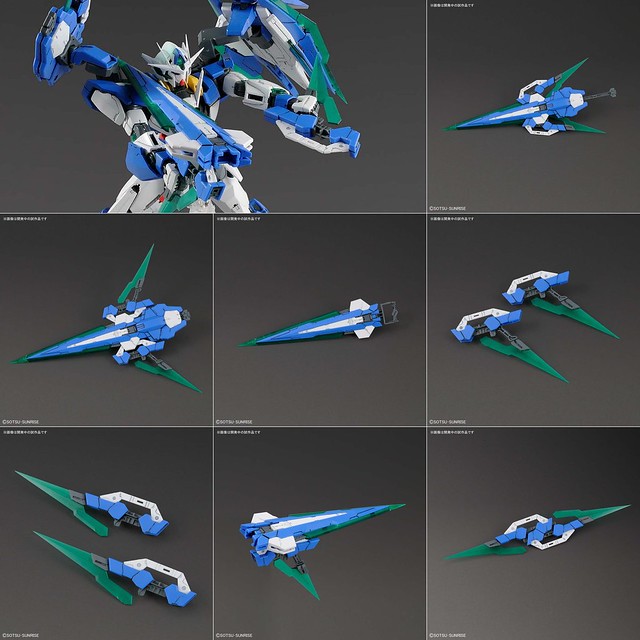 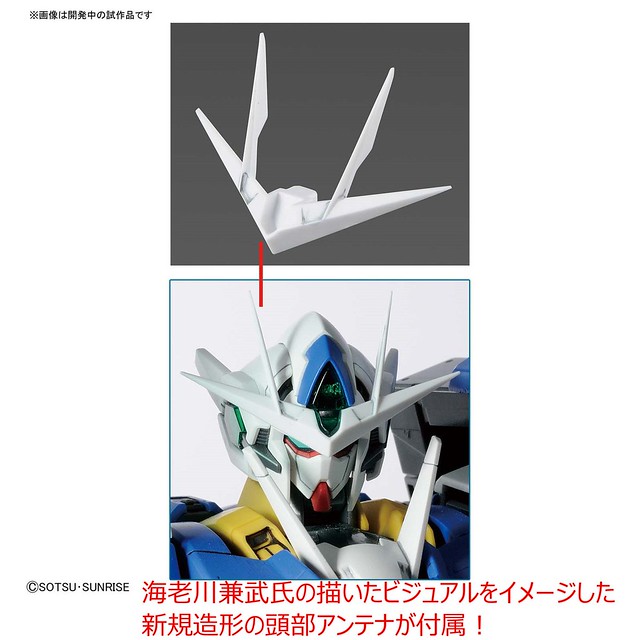 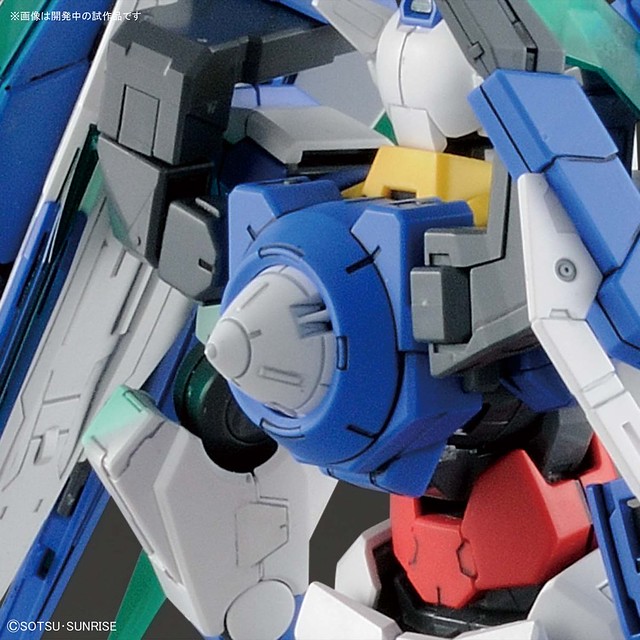 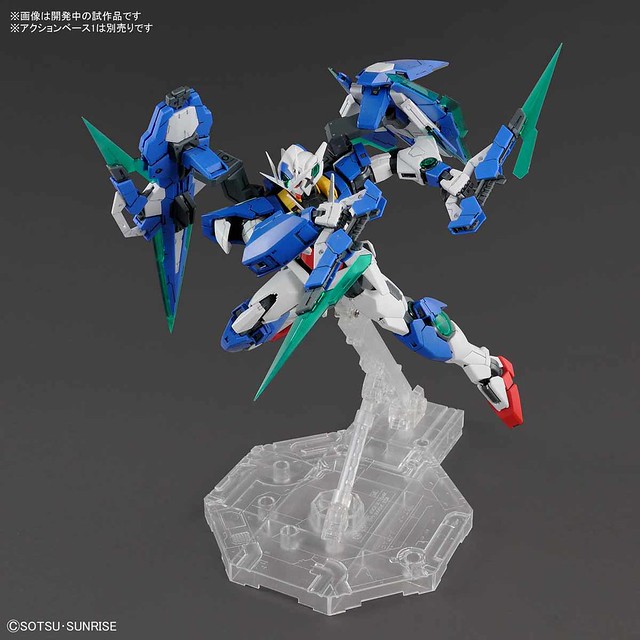 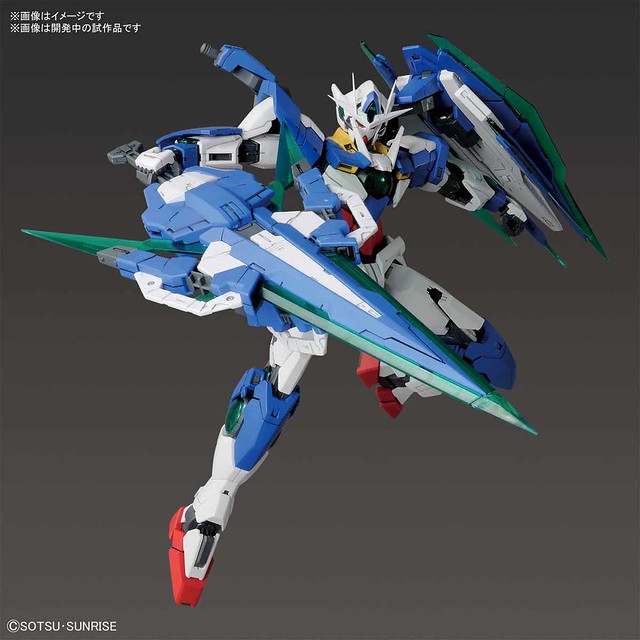 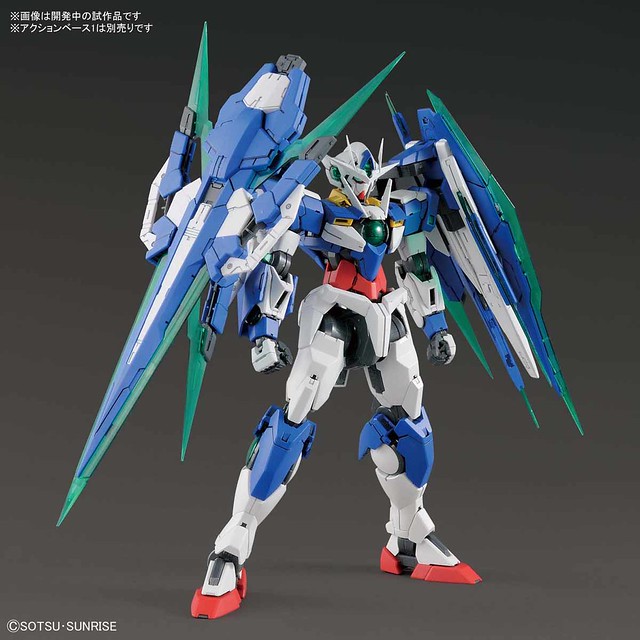 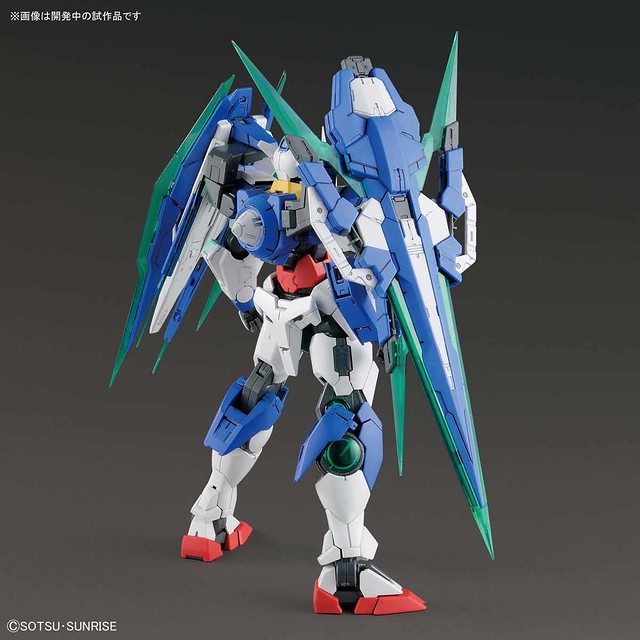 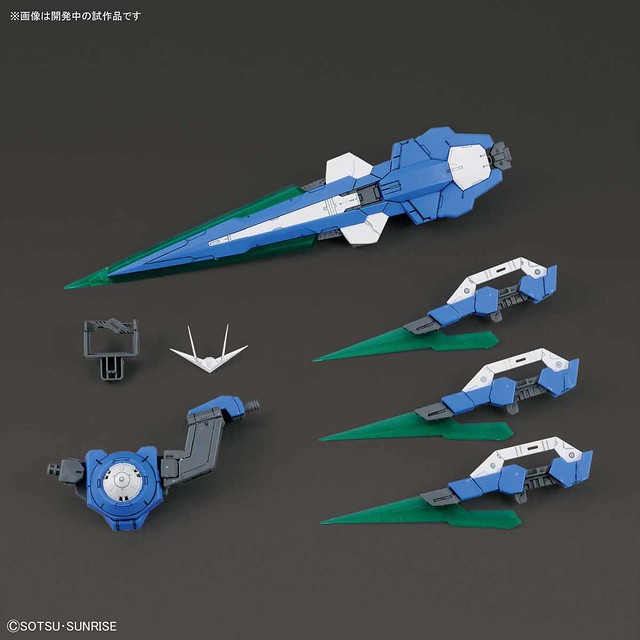 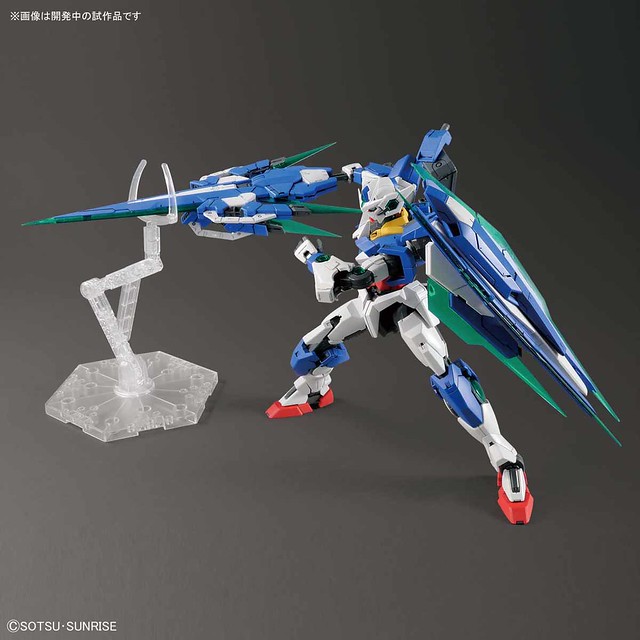 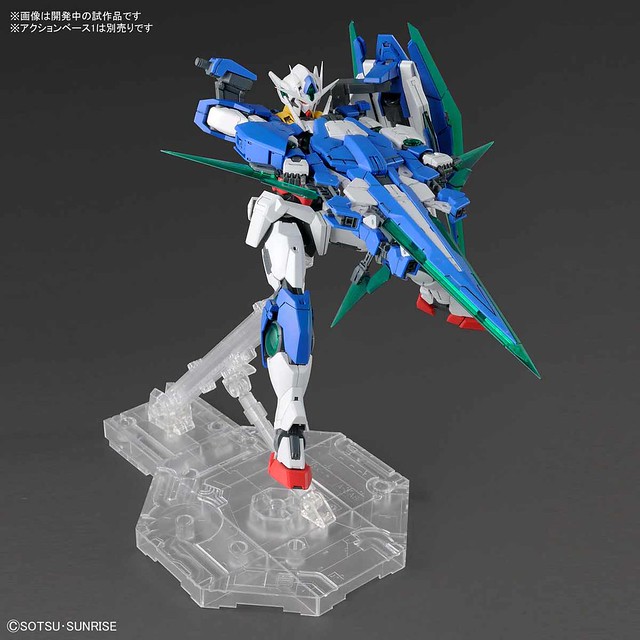 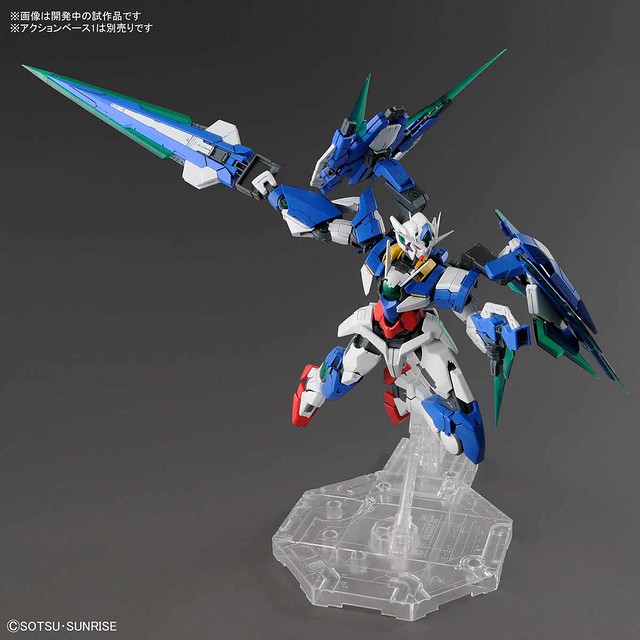 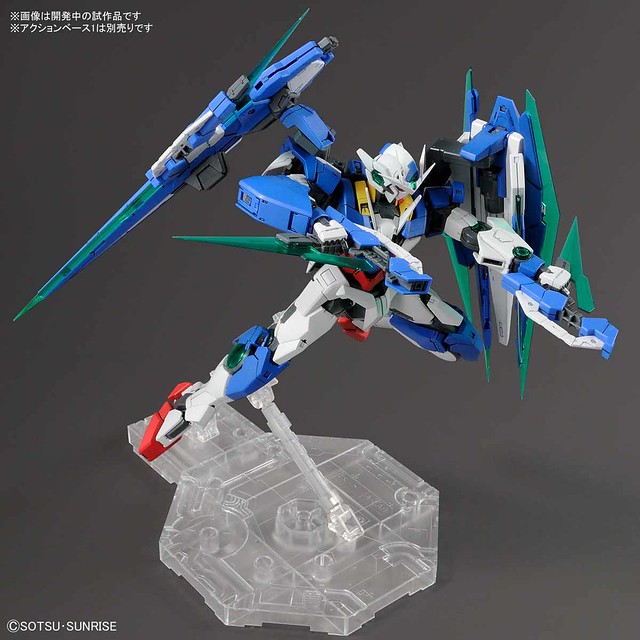 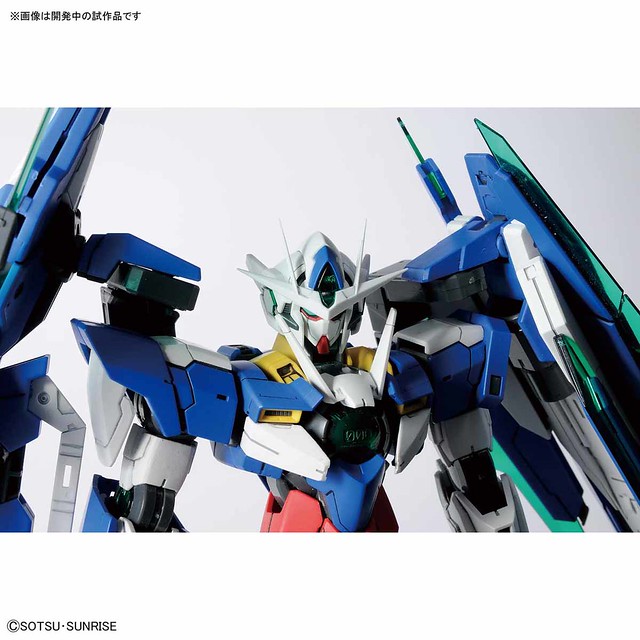