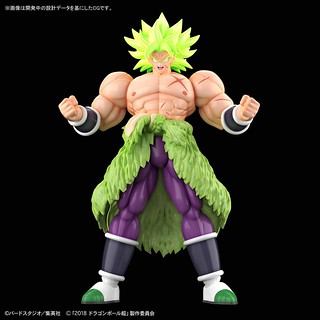 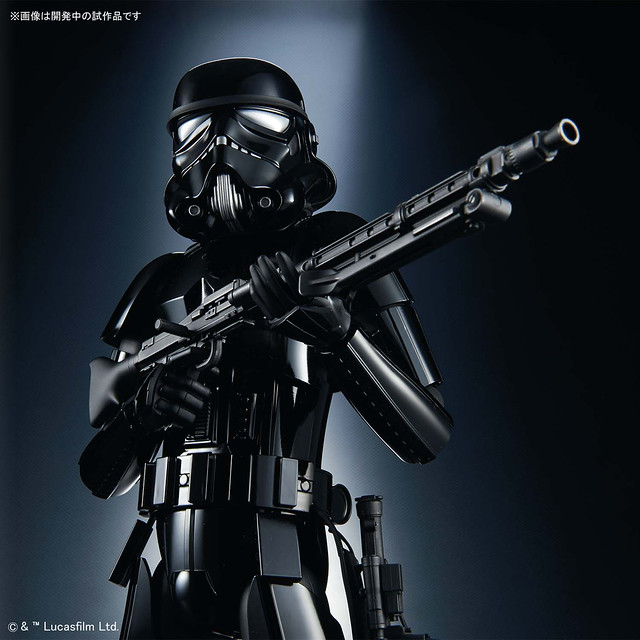 Shadow Stormtrooper AKA Blackhole Stormtrooper, were a group of specialized Imperial stormtroopers. In the game Star Wars: Battlefront's survival mode, they're one of those enemies player avoid. Popular for it mysterious and dark look, this branch biggest characteristic is the experimental black armor, that can not only avoid radar detection but also avoid the naked eye with the carried Cloaking Devices, specialize in infiltration and sabotage. 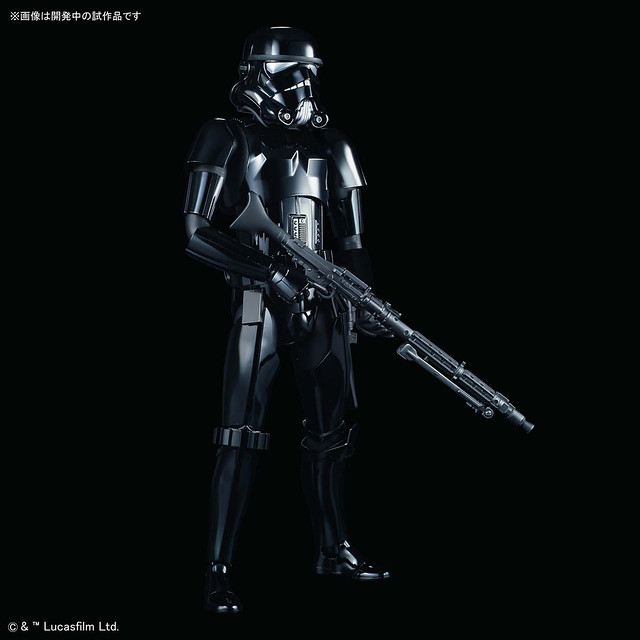 This series released 1/12 Shadow Stormtrooper in the past, and now it's released in the bigger 1/6 scale that can turn invisible by standing very still... Includes fist, open, pointing, gripping, etc., six exchangeable hands. Weapons include E-11 blaster rifle and DLT-19 heavy blaster rifle. 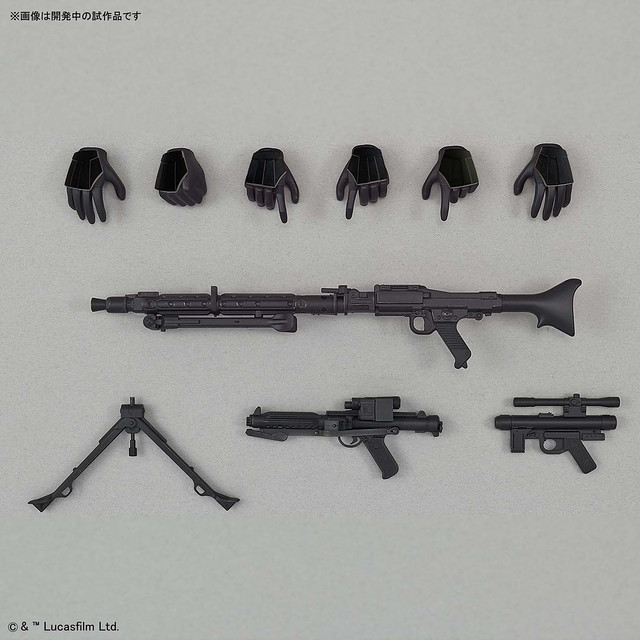