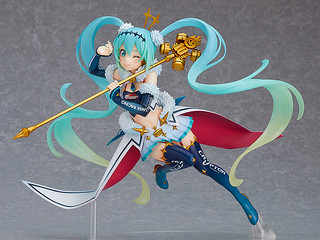 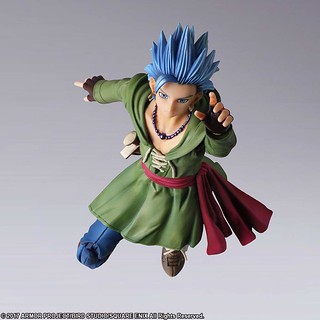 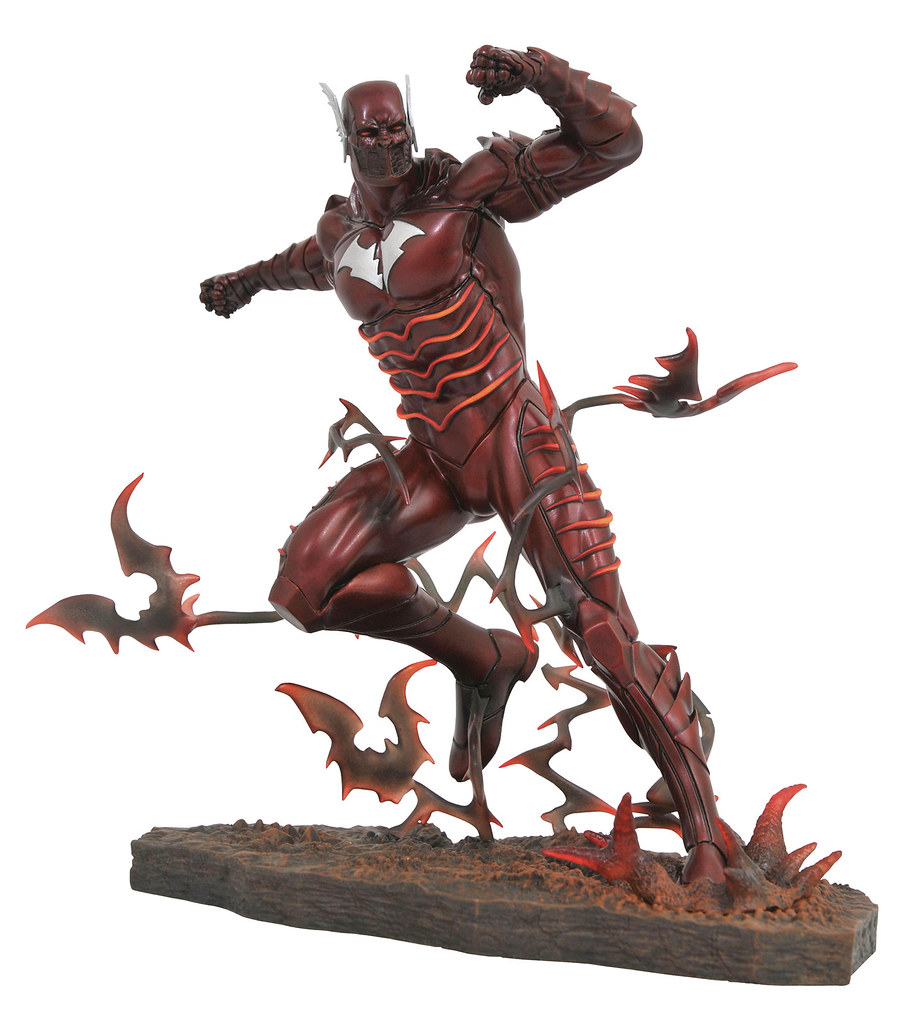 Batman The Red Death is the result of Batman merging with the Speed Force in Earth 52. After losing all of his family, Batman decided to steal Speed Force from the Flash, to save not just Gotham, but the entire world. Batman used the weapons of the Rogues to fight flash; at the end, Batman tried to enter the Speed force by tying Flash on a modified Batmobile, in the process, the two bodies became fragmented but merged and became Red Death!

Batman The Red Death Statue stands 25.4 cm, captured the moment of his halt. Covered in red armor from head to toe, with the sculpted sharp gesture, and muscle at the same time. Arm and calf structure heavily bear Medieval armor style. The side of the helmet has wing and the mouth is completely covered with plates, make him look scarier. The white chest emblem is the combination of Batman and Flash's logo. Wasit and thigh's orange and red line and the bat-shape electricity are gradients colored as if one could really feel the heat from his stop.