Control The Weather With This Cute Storm Animated Statue! 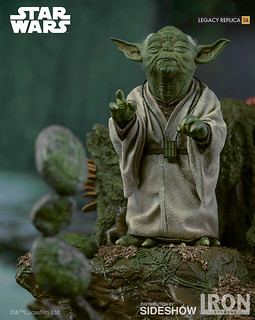 Feel the Force with this Yoda Statue from Iron Studios! 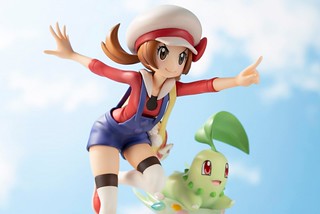 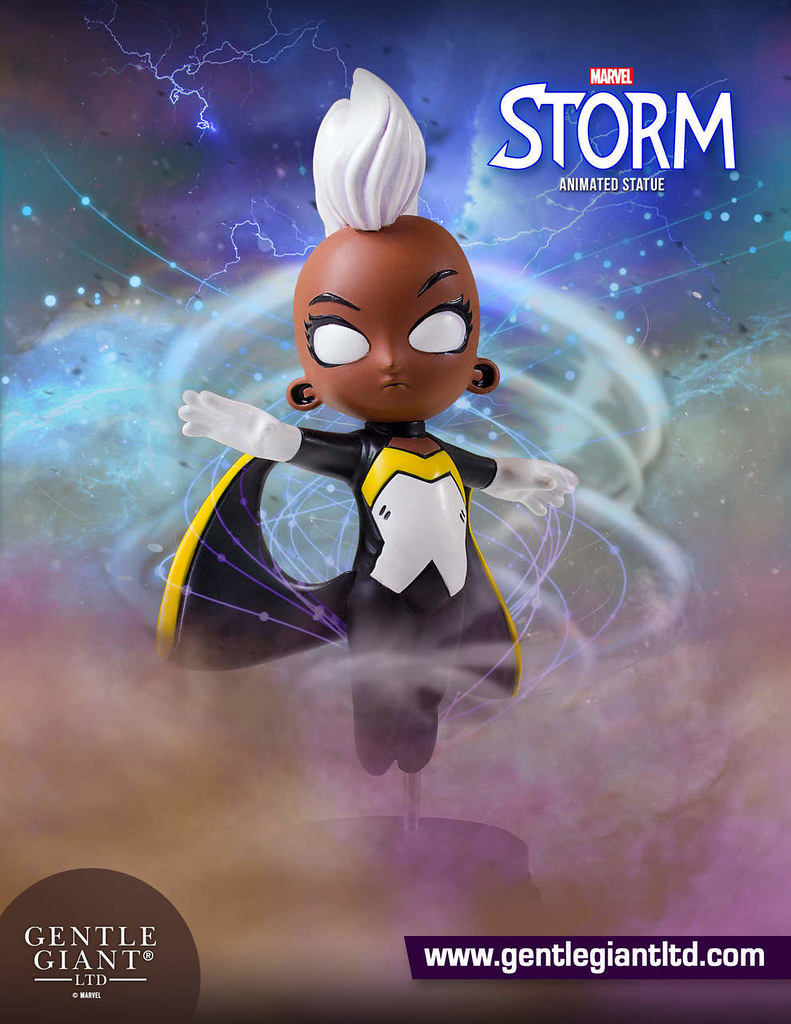 The Animated Statue series is based on the Marvel Comics' special cover, materializing the sketches with superb technique, with the heroes downscaled to an exaggerated and cut size infused with its own unique characteristic that is refreshing and juxtaposing. Storm is the 20th in the series, based on STORM #1 Cover illustrated by Skottie Young. 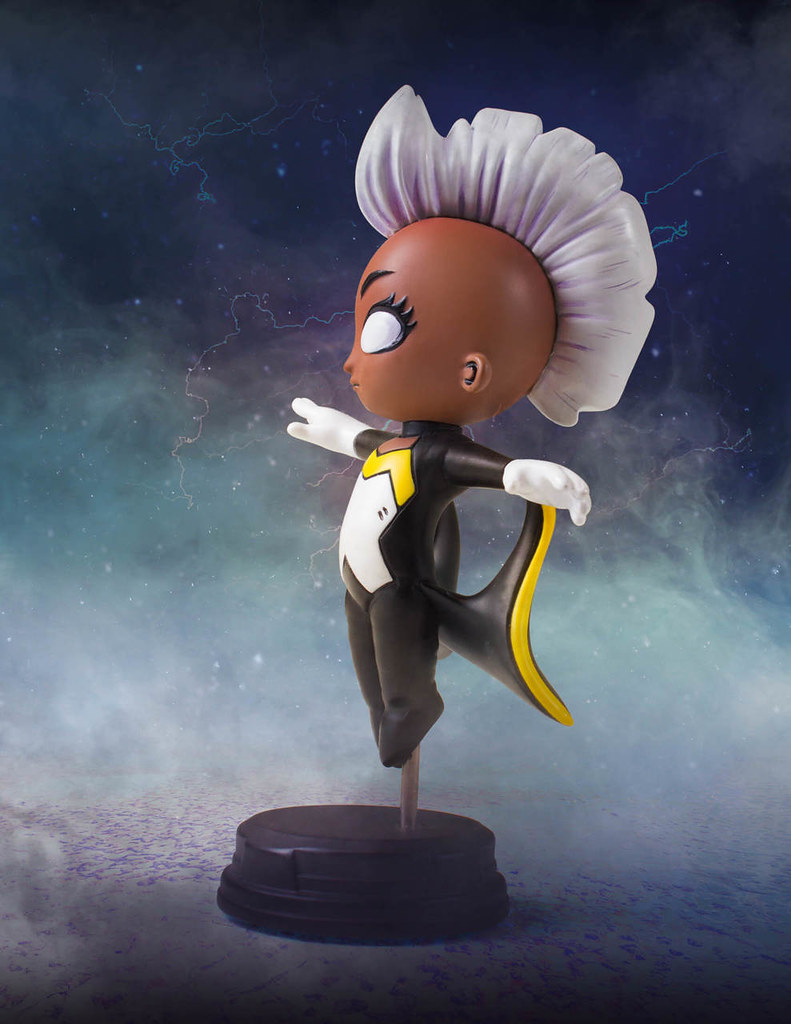 Storm Animated Statue stands 5"7 or 14.6 cm tall, materializing the cute yet charismatic Storm. The Mohawk hairstyle is super eyecatching because of the Chibi scale. Even the eyelashes mimic the original illustration. Using a stand to make Storm's hovering in the air, the flowing cape enhanced the overall visual effect. 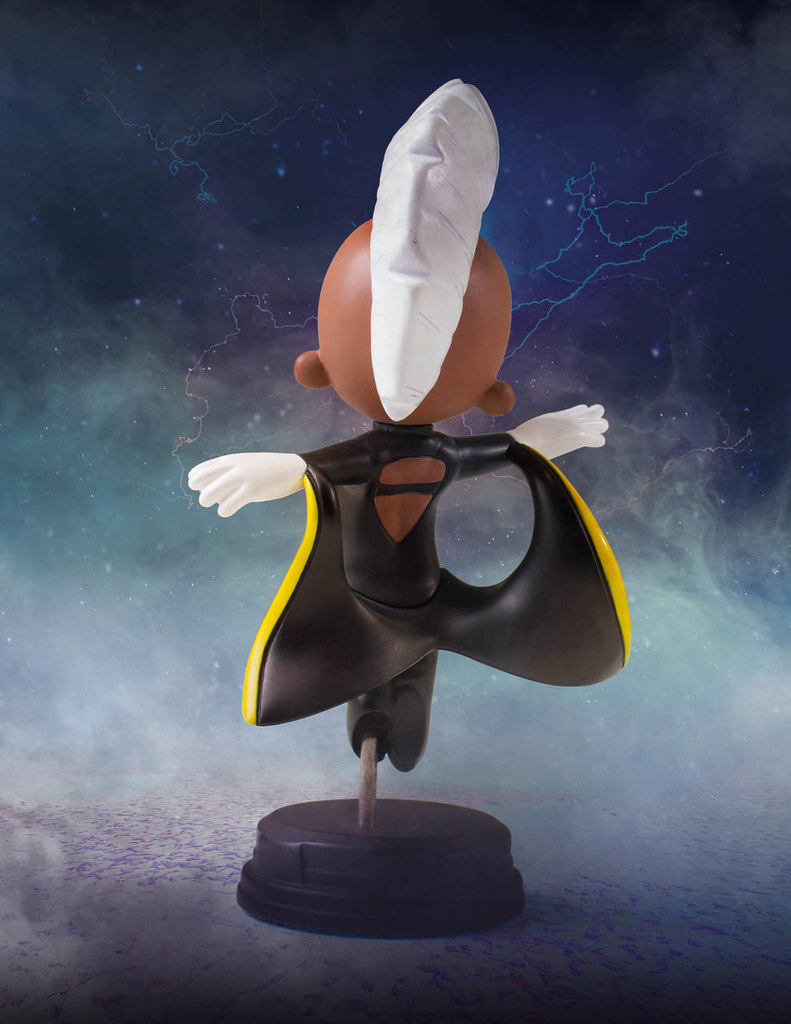 In the comic, Storm AKA Ororo Munroe, first appeared in GiantSize X-Men #1. A princess from a Kenyan tribe and inheriting the ancient priest bloodline, she is identified as an Omega class mutant by the Sentinel, able to control weathers, rain, wind, and temperature. Remained a core character after joining the X-Men, itself a charismatic leader. 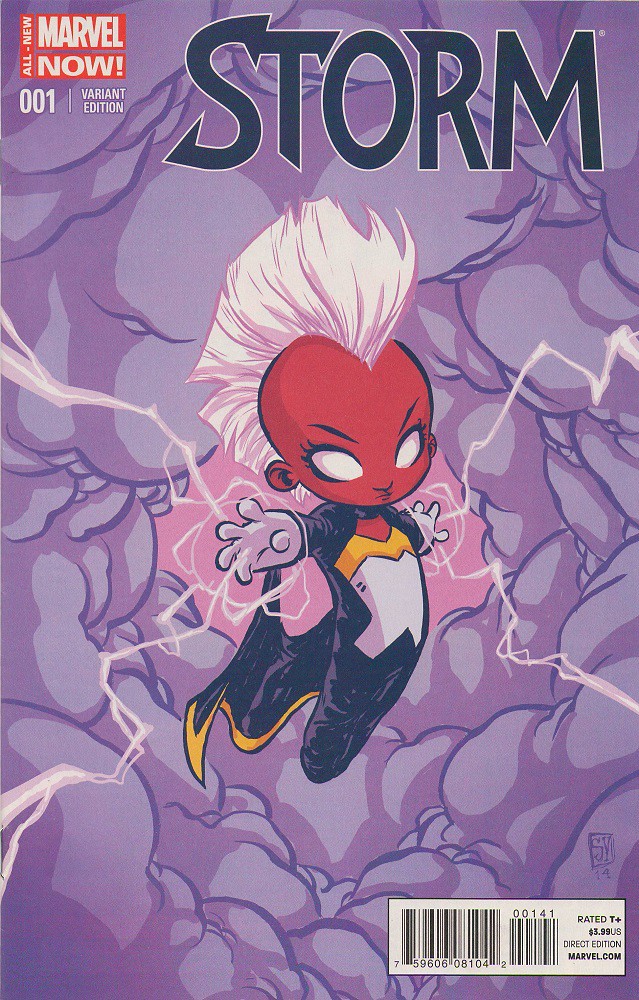 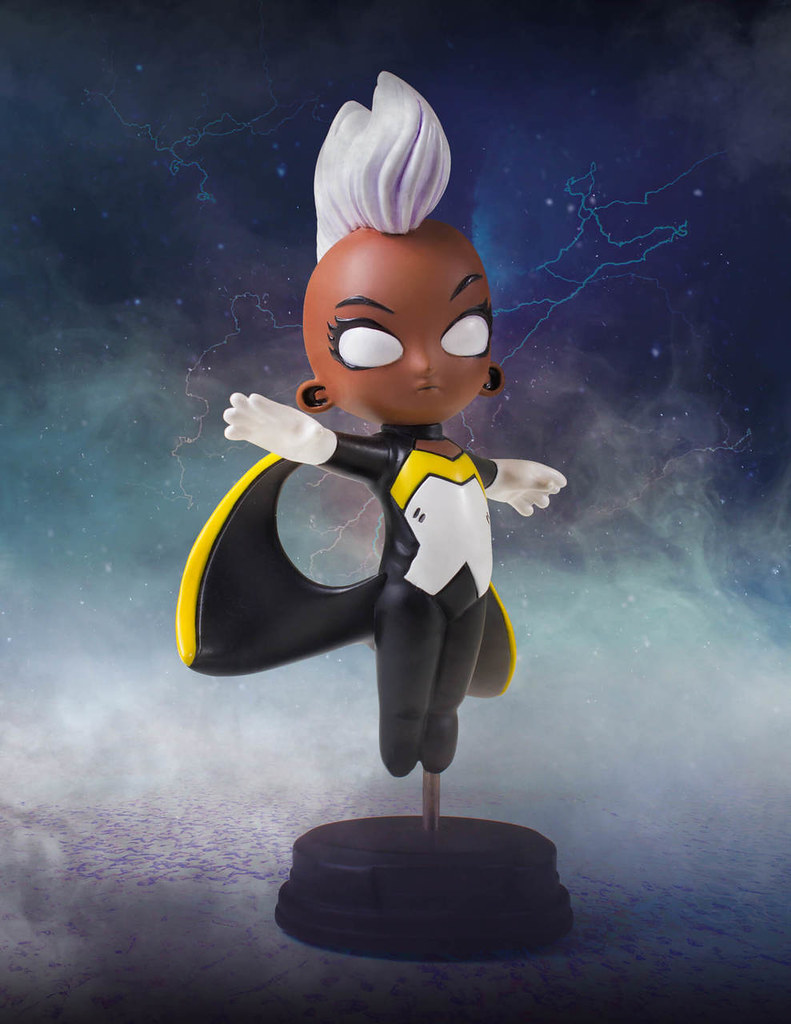 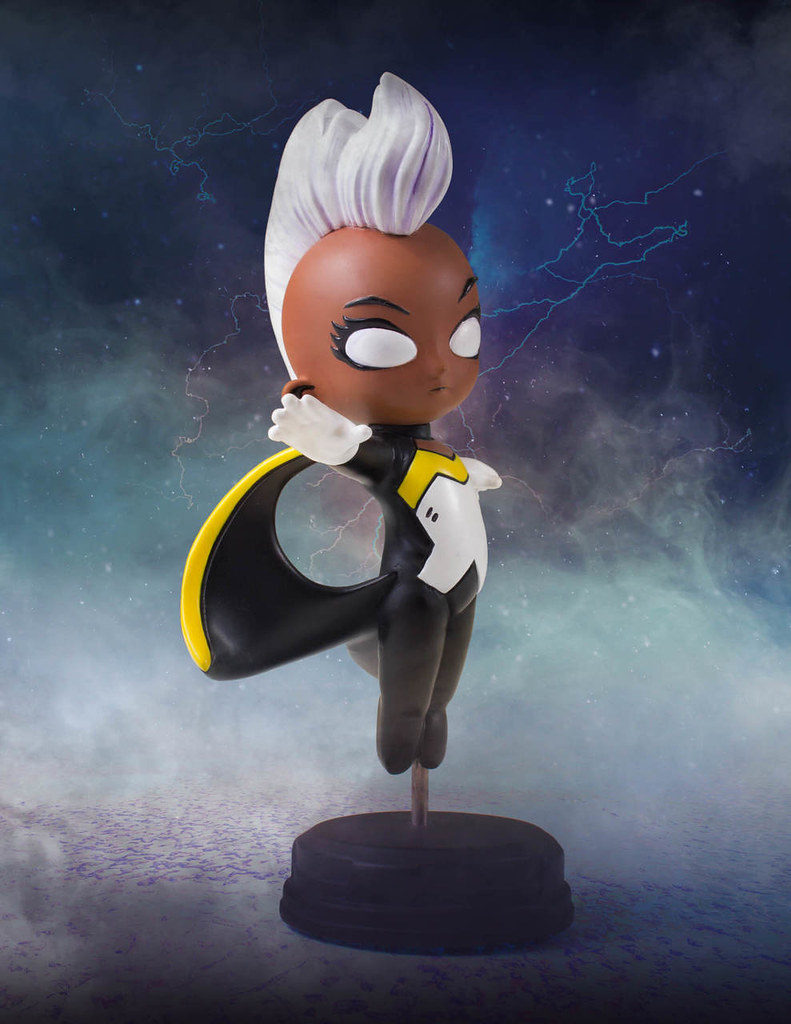 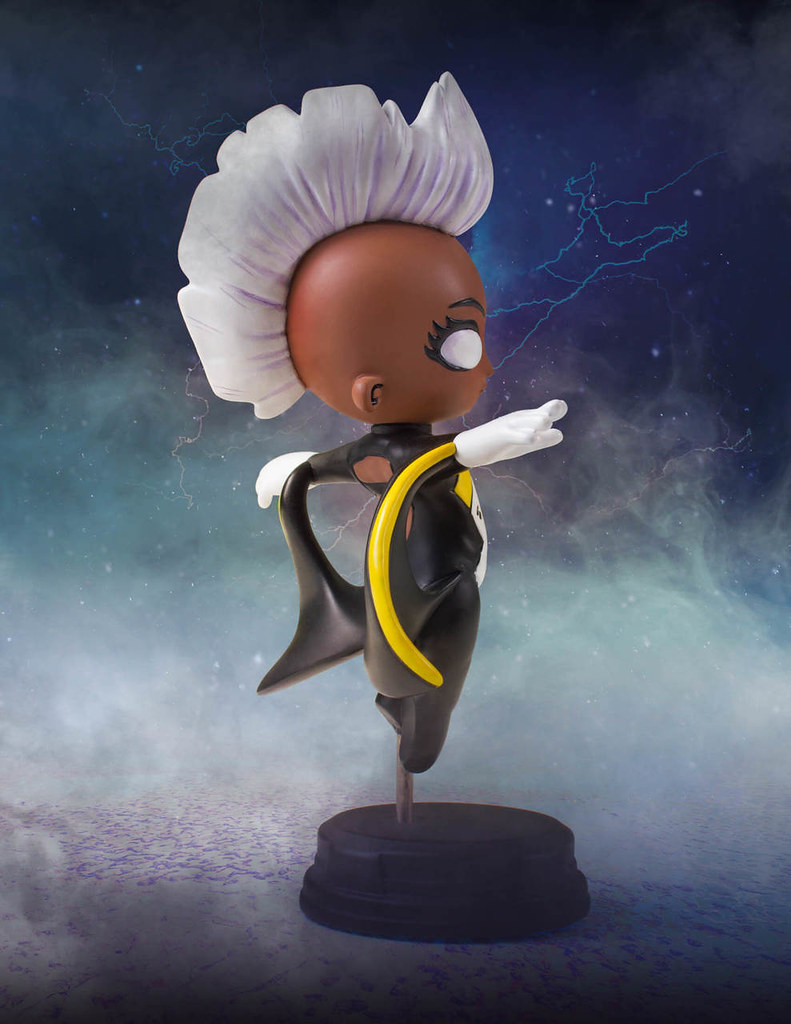 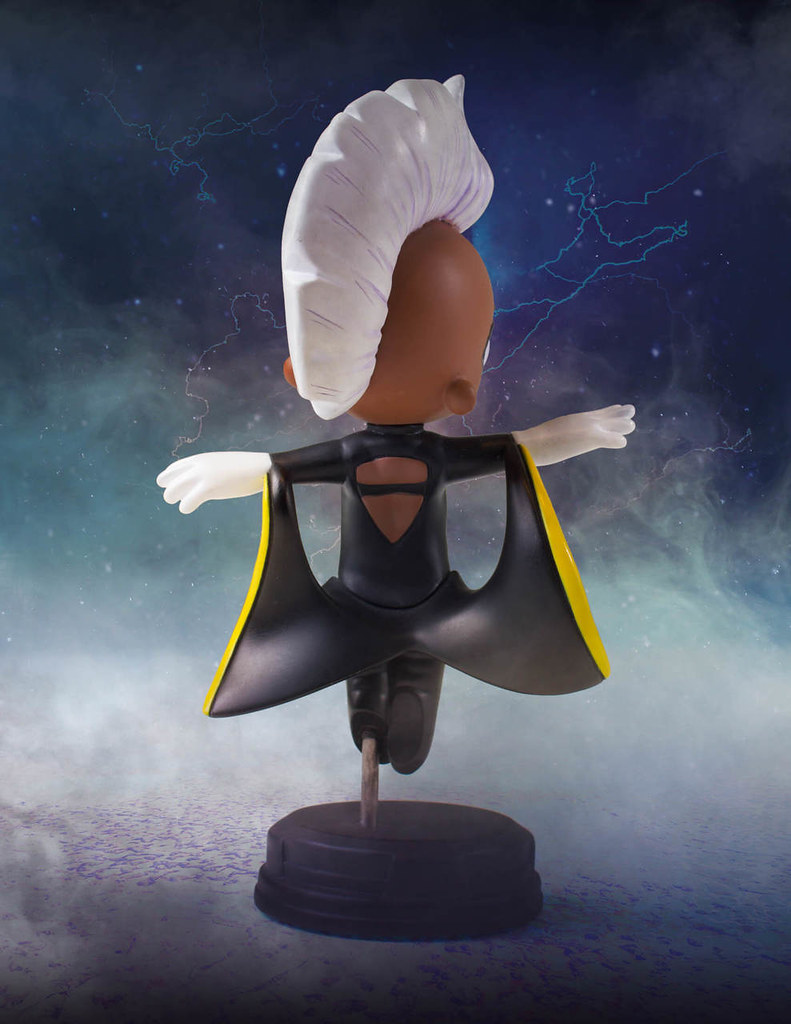 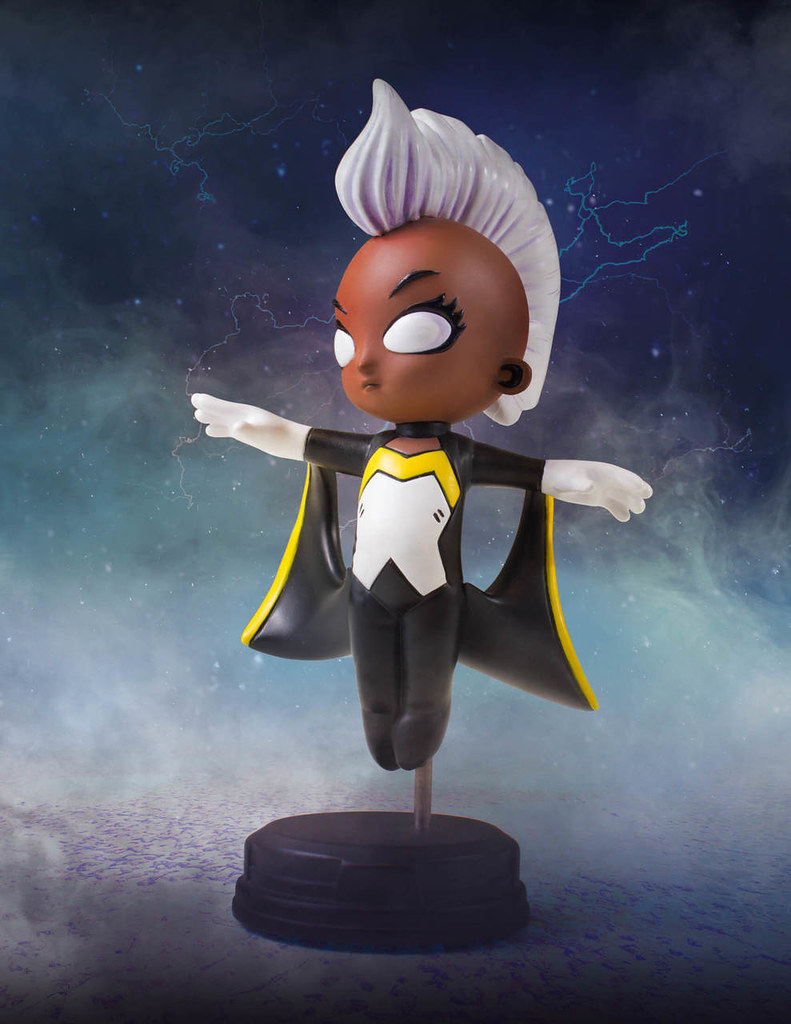 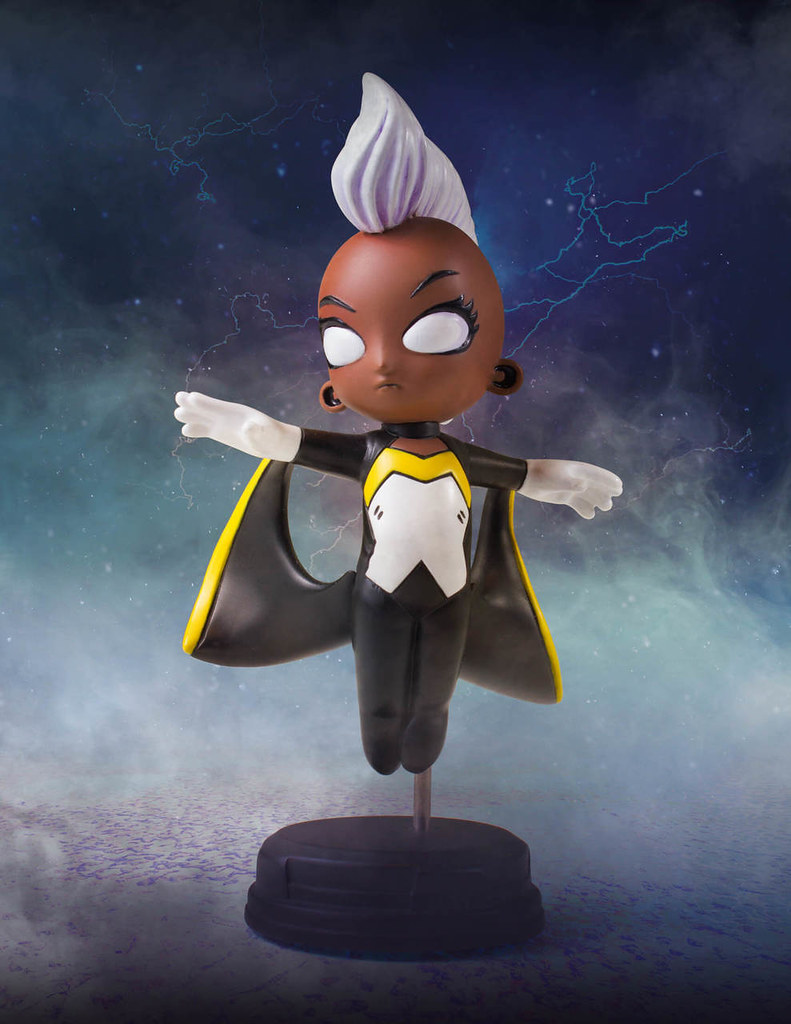 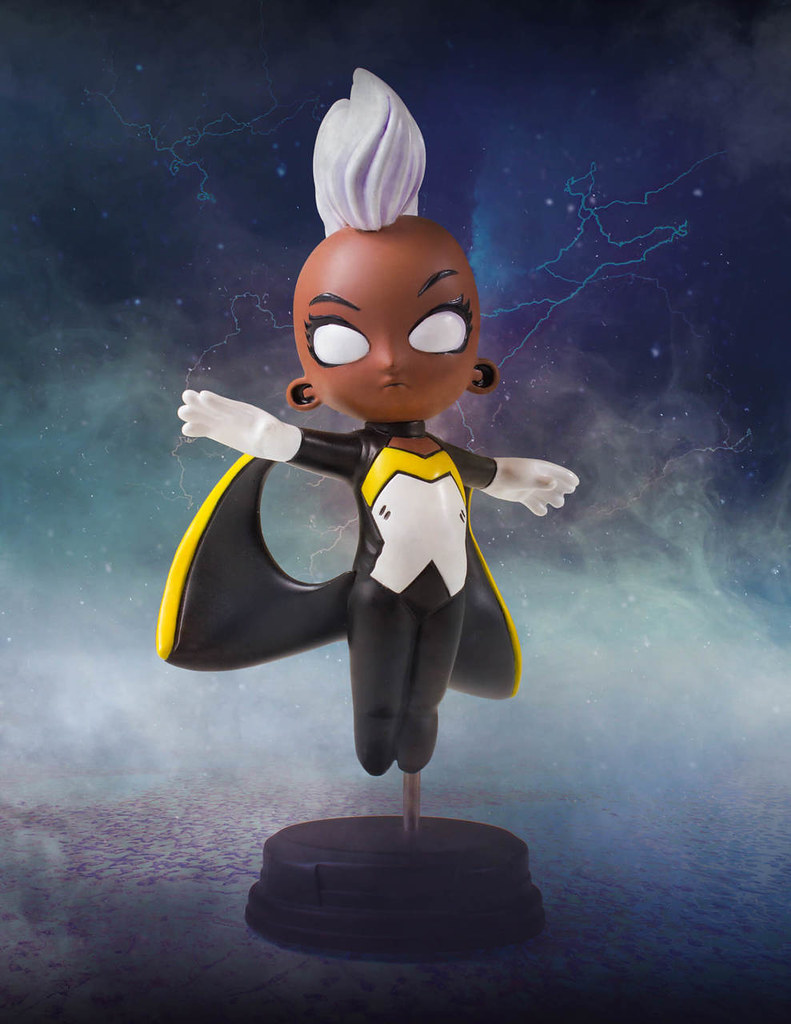