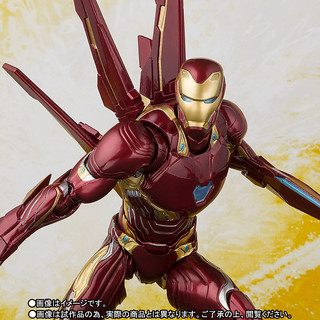 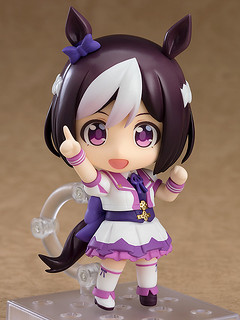 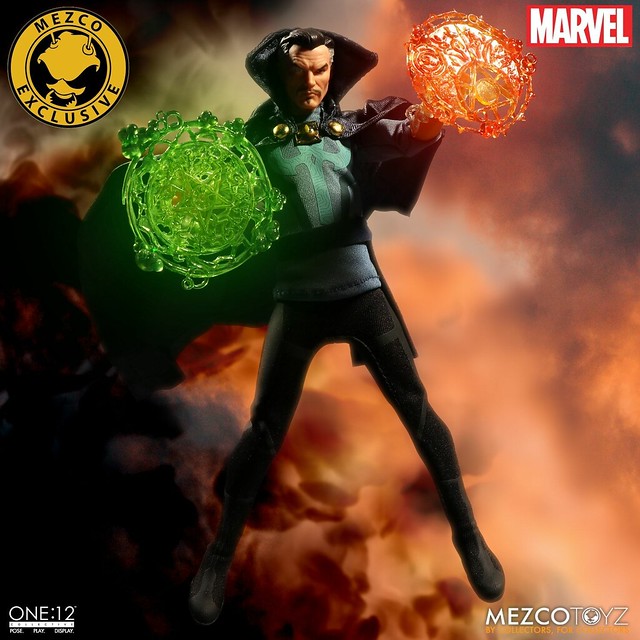 Dr. Strange full name Stephen Vincent Strange was a brilliant surgeon. After a car accident severely damages his hands and hinders his ability to perform surgery, he searches for all the ways to heal his hands, but it all ended empty handed. At last, he traveled to Kathmandu's Kamar-Taj and became a student to the Ancient One; He along with Wong later traveled to New York and defend the world in the name of "Dr. Strange." 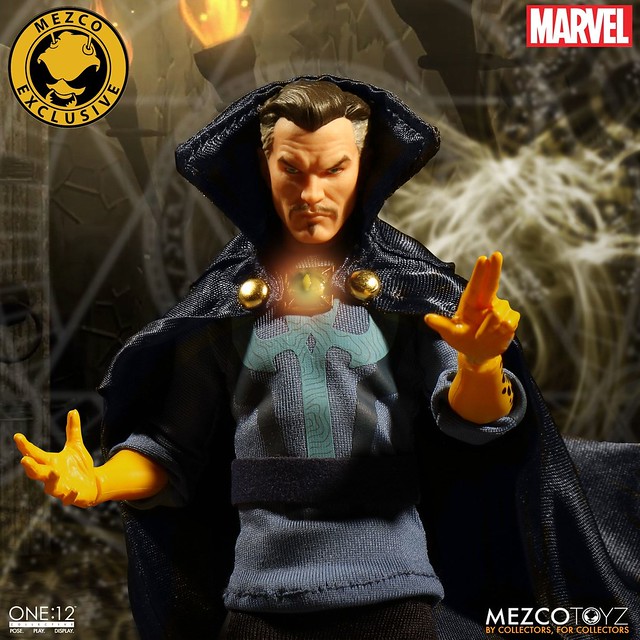 Dr. Strange stands 17 cm with 28 points of articulation. Inspired on his early appearance in Strange Tales #110-128, it mainly consists of blue and black with a yellow based black doted glove. The magnetically attached cloak has an integrated posing wire for posing. Accessories include orange and green spell effect, Open & Closed Amulets of Agamotto, and Orb of Agamotto with rising globe and hinged lid.

▼ Orb of Agamotto is protected and used every Sorcerer Supreme to predict danger, and the area where magic is used in real time. 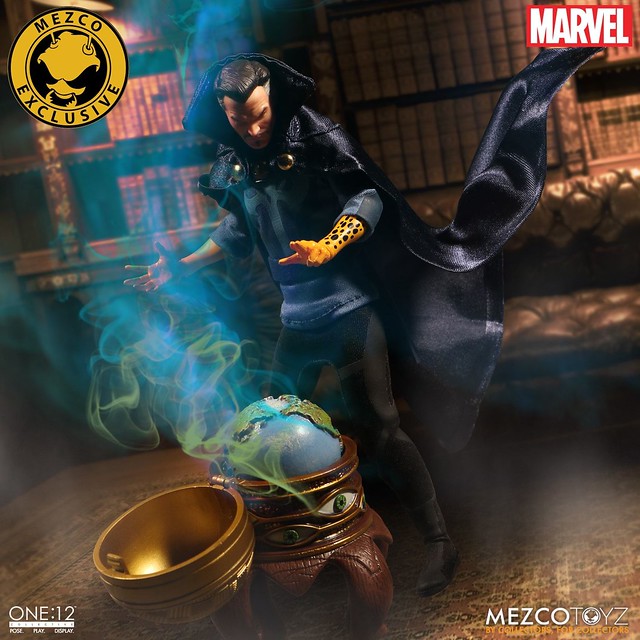 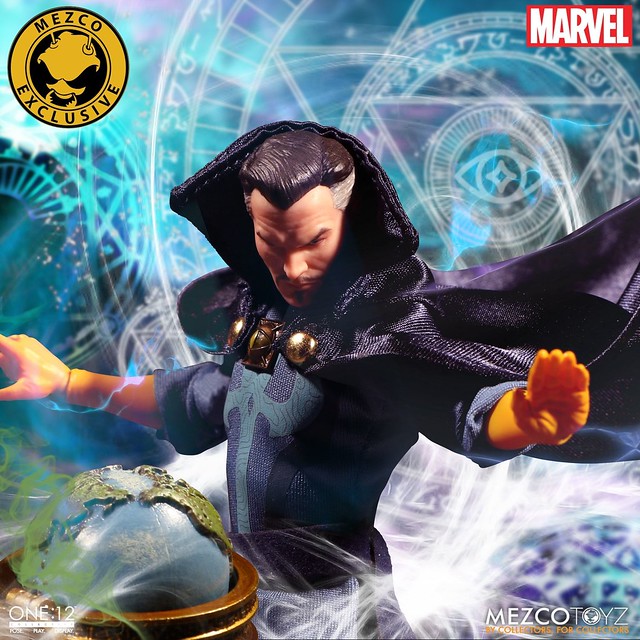 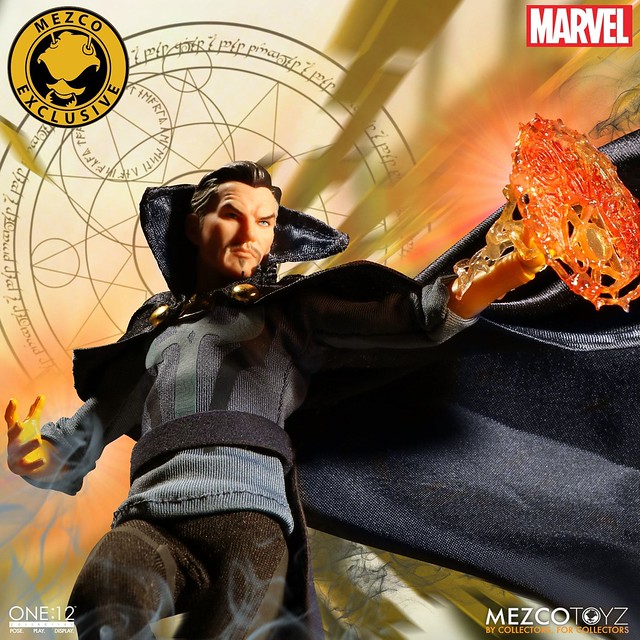 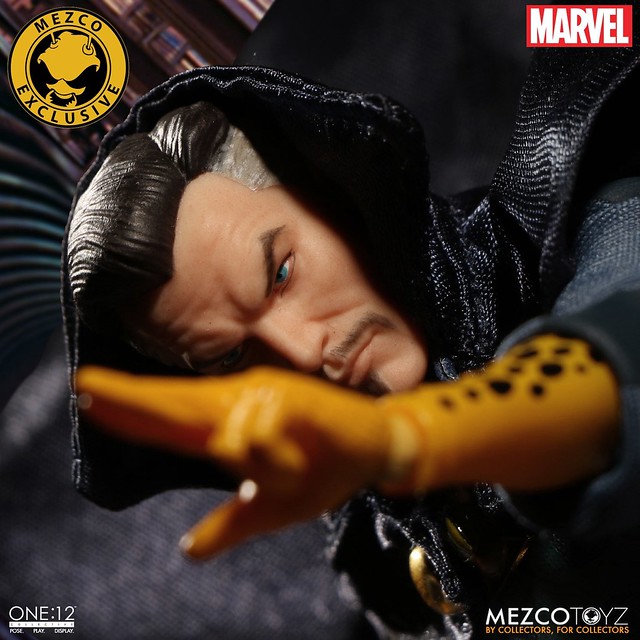 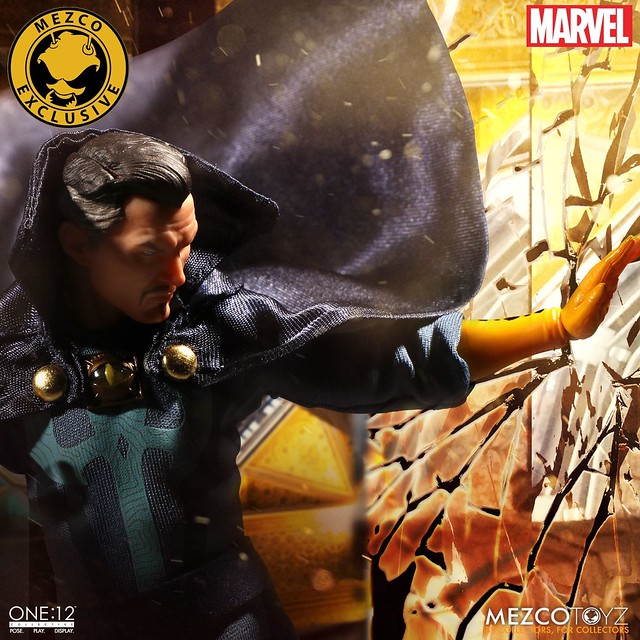 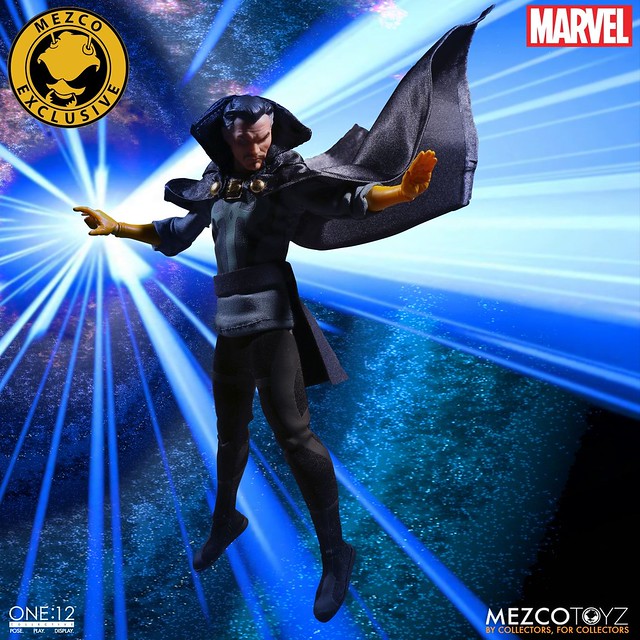 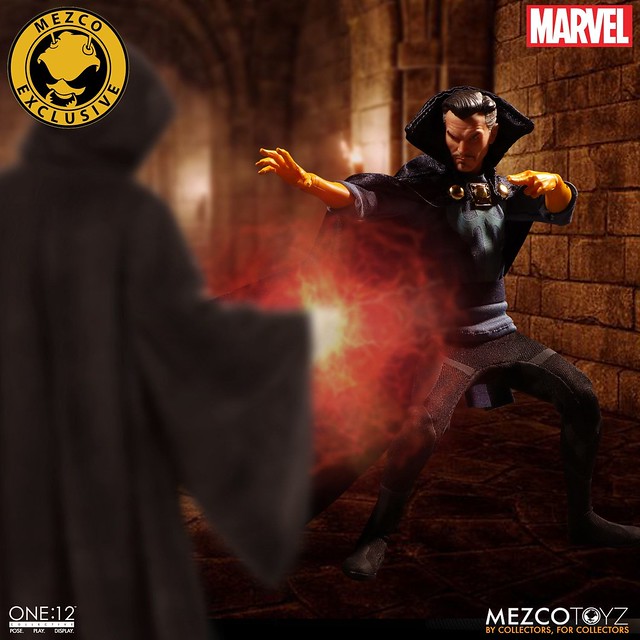 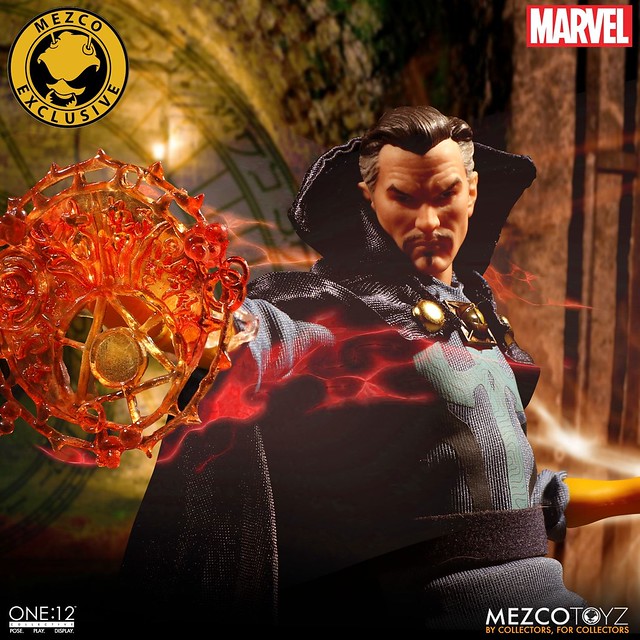 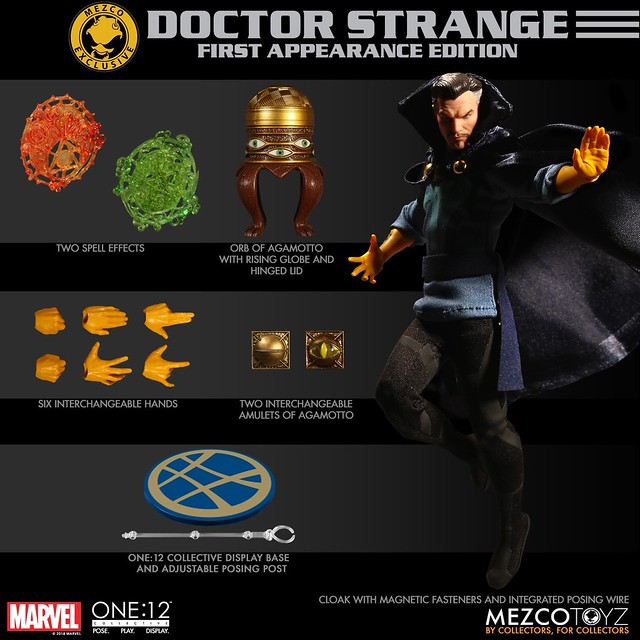