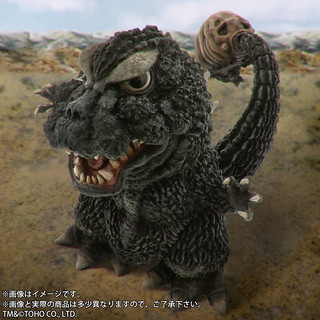 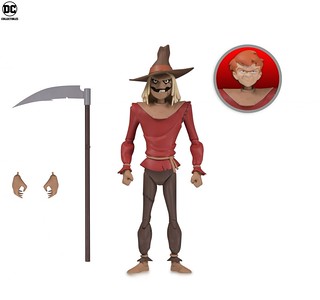 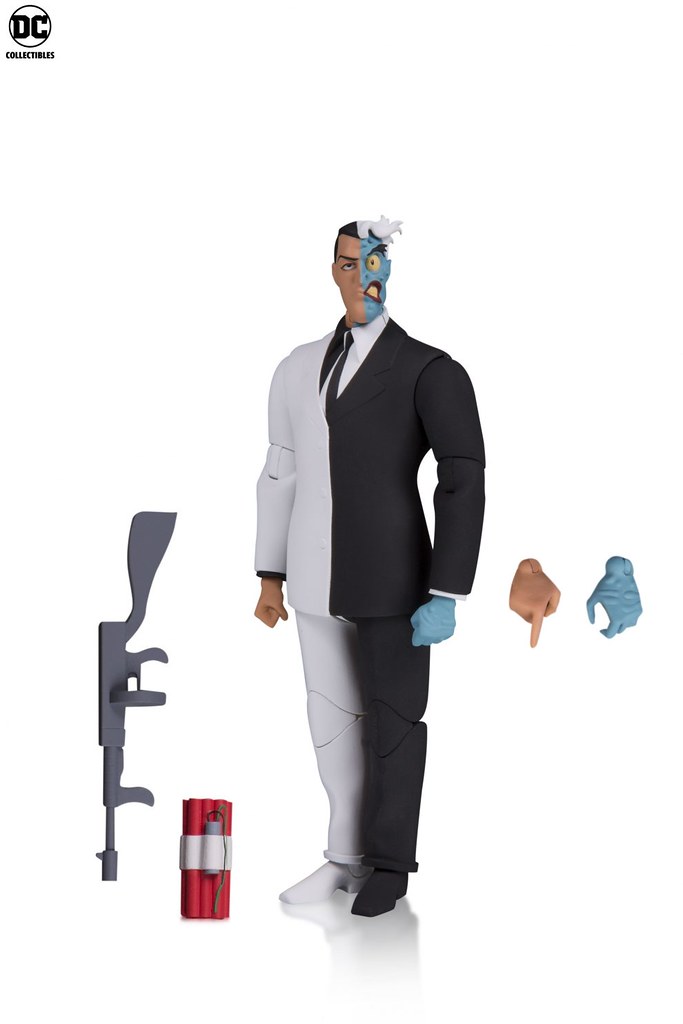 In Batman: The Animated Series Harvey Dent had a split personality "Big Bad Harv" due to holding in his anger for a long since he was a teenager. In an operation arresting Throne's goon, the henchman kicks mud water on Harvey caused him to go mad in front of the media, thus Handsome Harvey became Hothead Harvey. When Throne threatens Harvey and Harvey chase after him, an explosion burned Harvey's face resulting in his look.


The figure stands at 6.2" or 15.8 cm with the normal and grey face, and black and white tuxedo perfectly balanced. Each hand includes a pointing and trigger hand. The accessory includes Tommy gun and TNT. 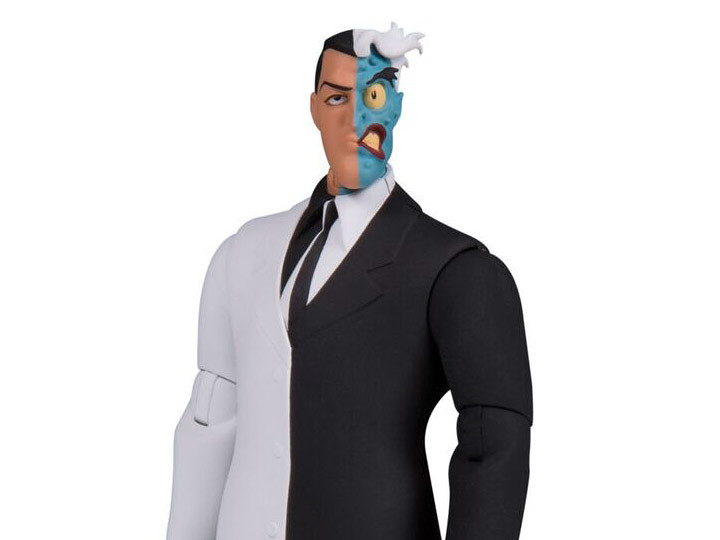 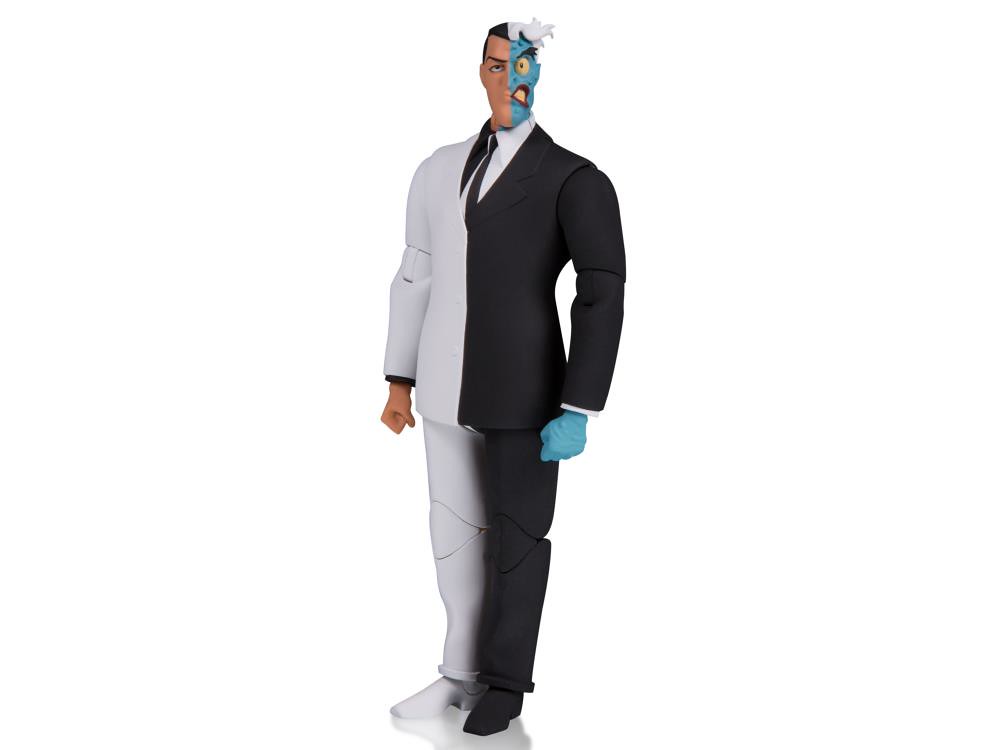 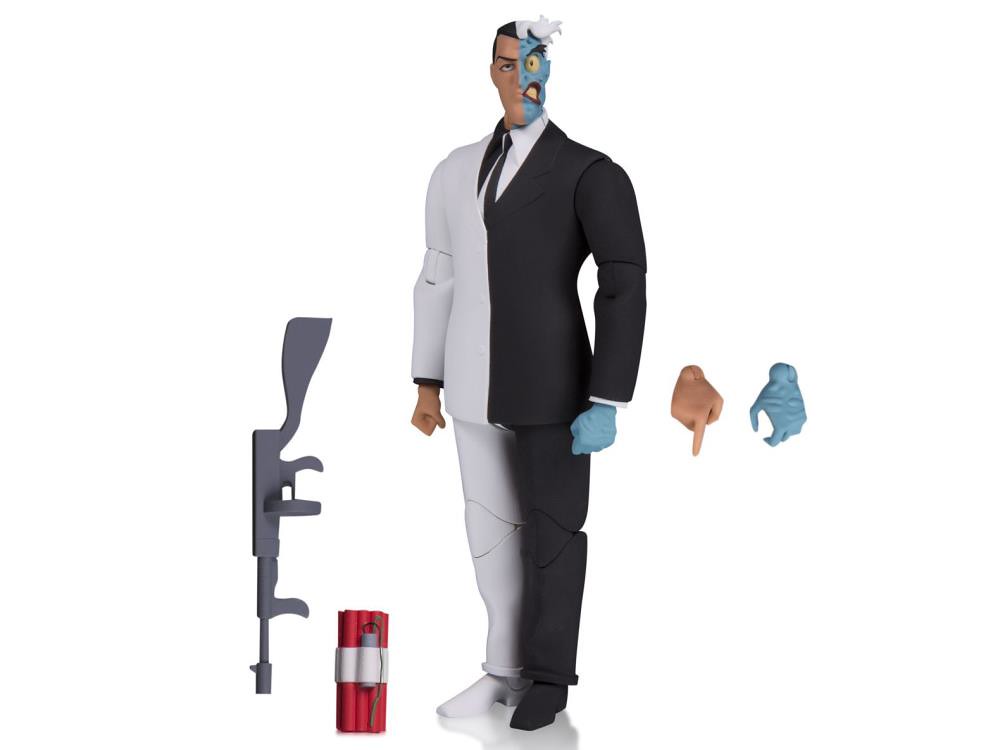