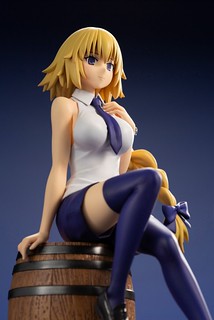 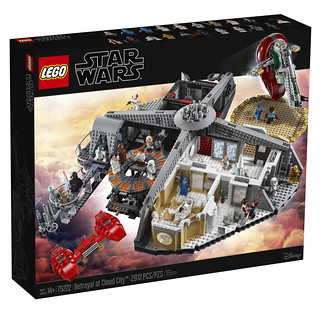 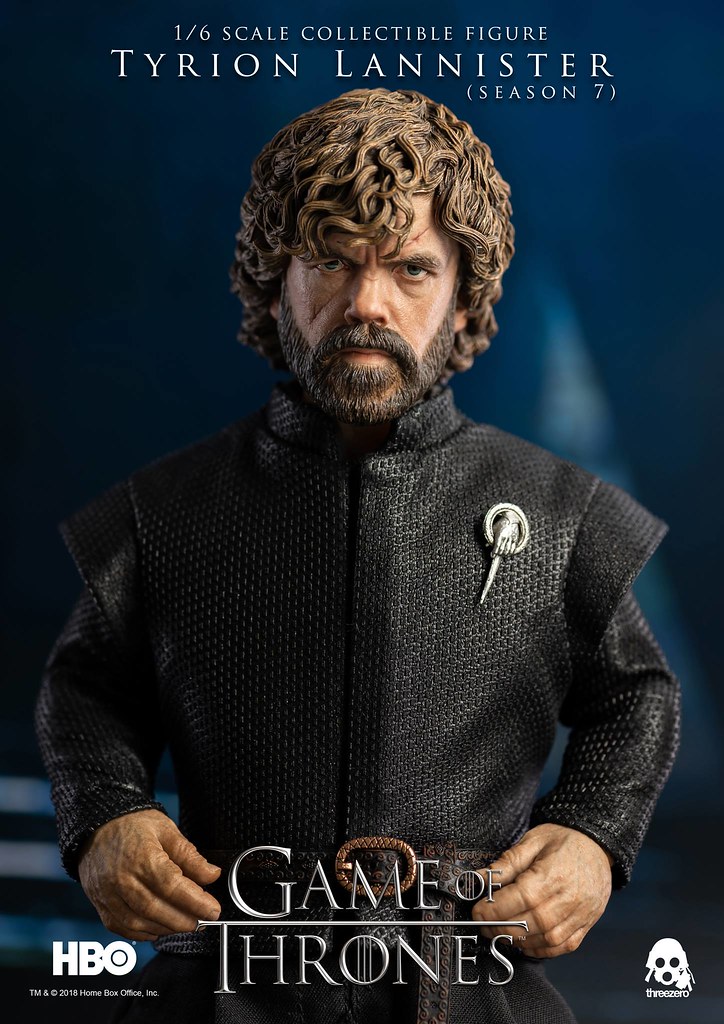 Tyrion Lannister is one of the most important characters in Game of Thrones. Thou born a dwarf, his crafty plans and the sincere character caught many people's eye starting in season one as he go through many dangers, battles, and power struggle. From a despise devilkin to becoming Daenerys Targaryen's Hand of the Queen, if you a fan of the chraracter then don't miss it! 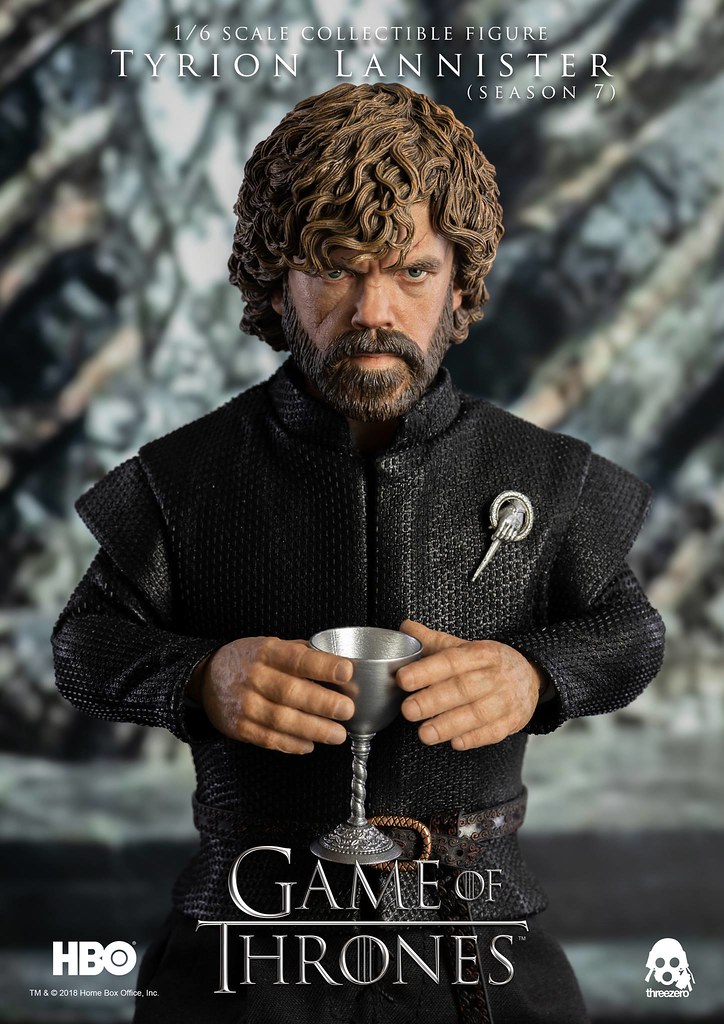 Stands 8.6in (22cm), based on the black cloth he wore in season 7, the top, belt, and buckle pattern are all meticulously sculpted and the Hand of the Queen pin is faithfully recreated. The head sculpt is great; Tyrion's weathered expression and facial hair with layers distinctively colored. Skin texture and scar are also realistic. The accessory includes multiple exchangeable hands, Goblet, and Flagon; deluxe edition includes 9 wood textured game pieces so you can play your own game . 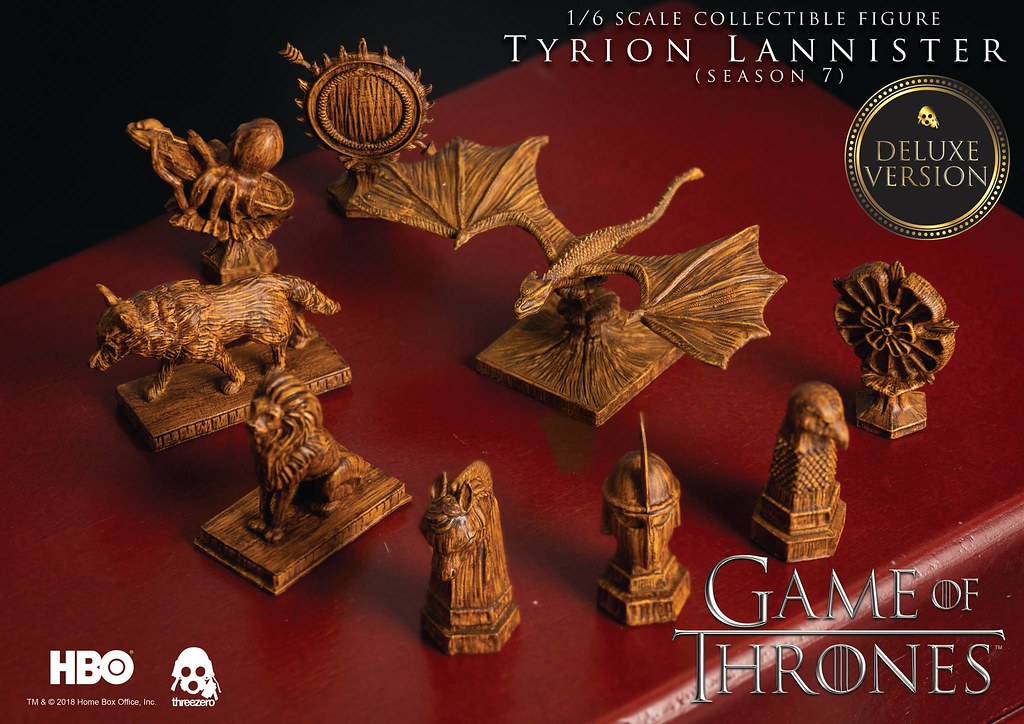 ▼ Tyrion Lannister (Season 7) 1/6 Scale Action Figure is based on this costume. Though the top and vest don't look as heavy as the show, the head sculpts itself is still really amazing. 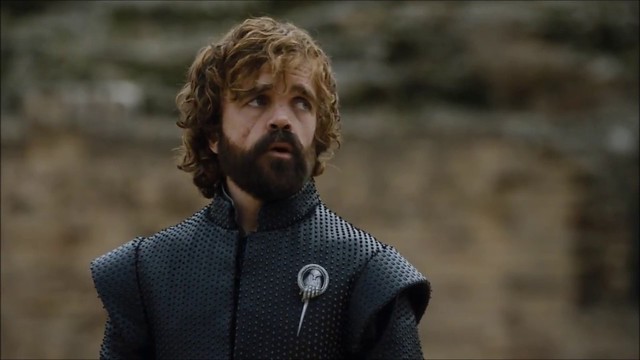 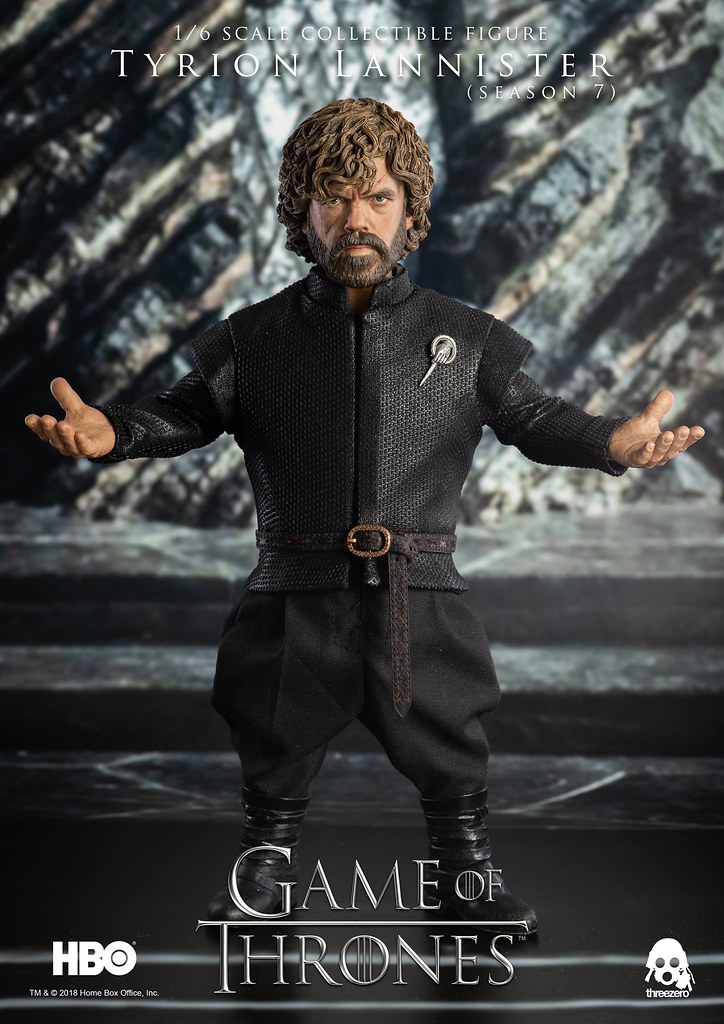 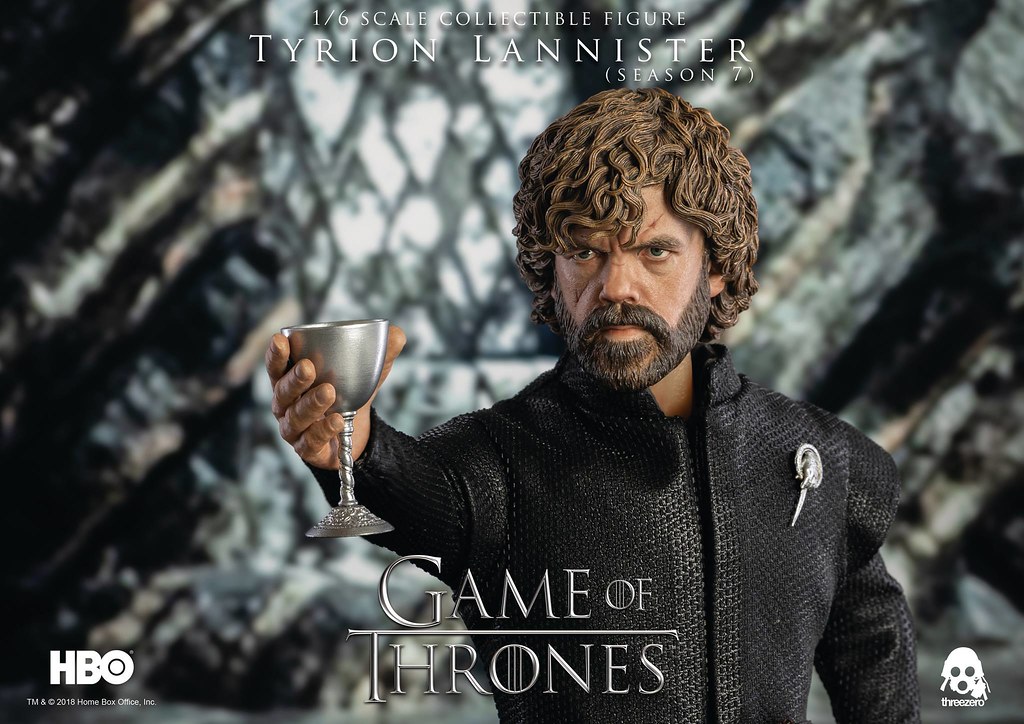 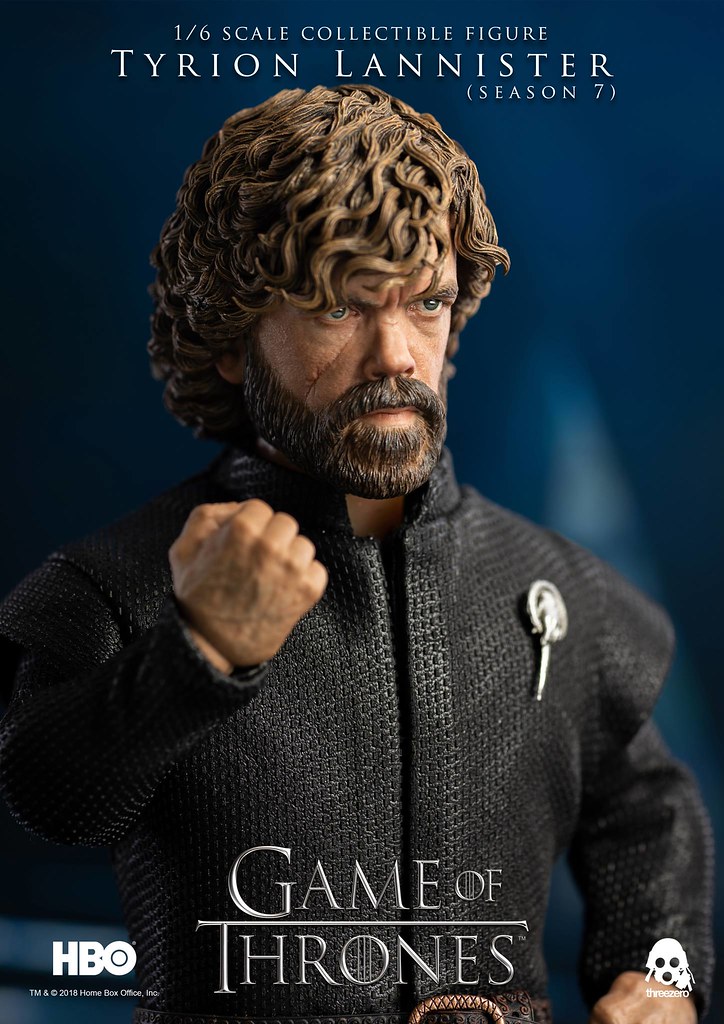 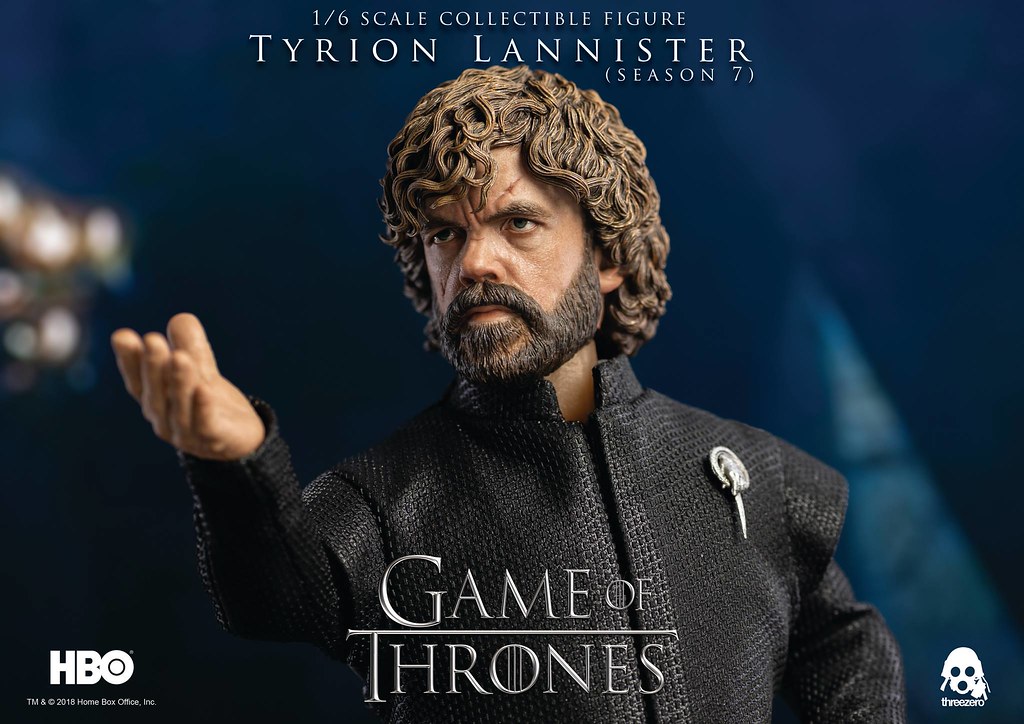 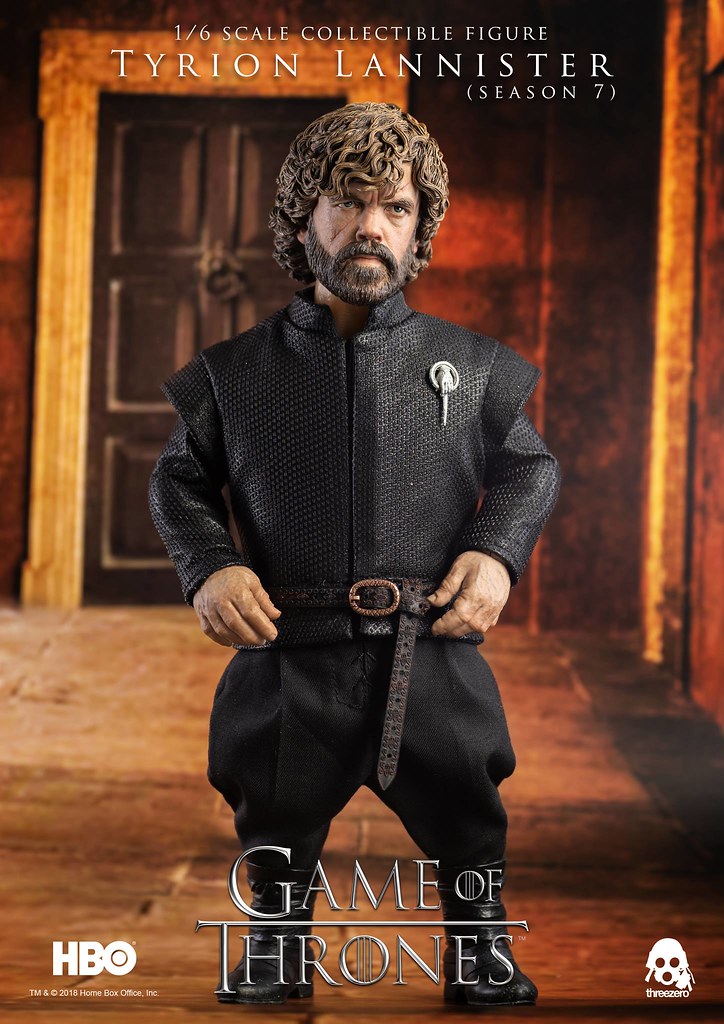 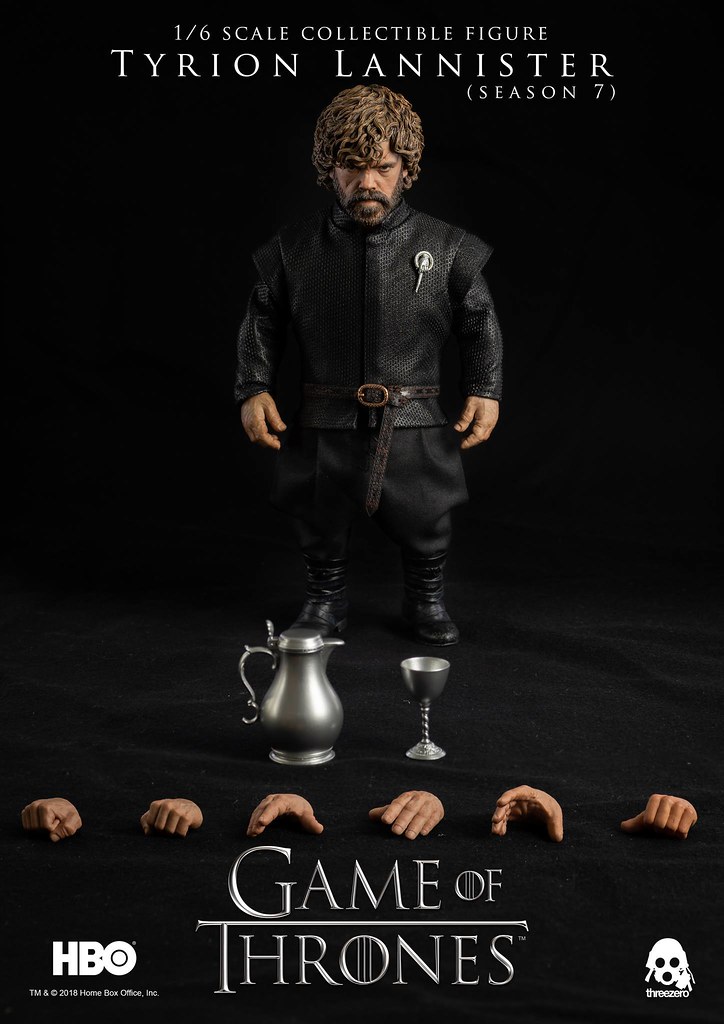 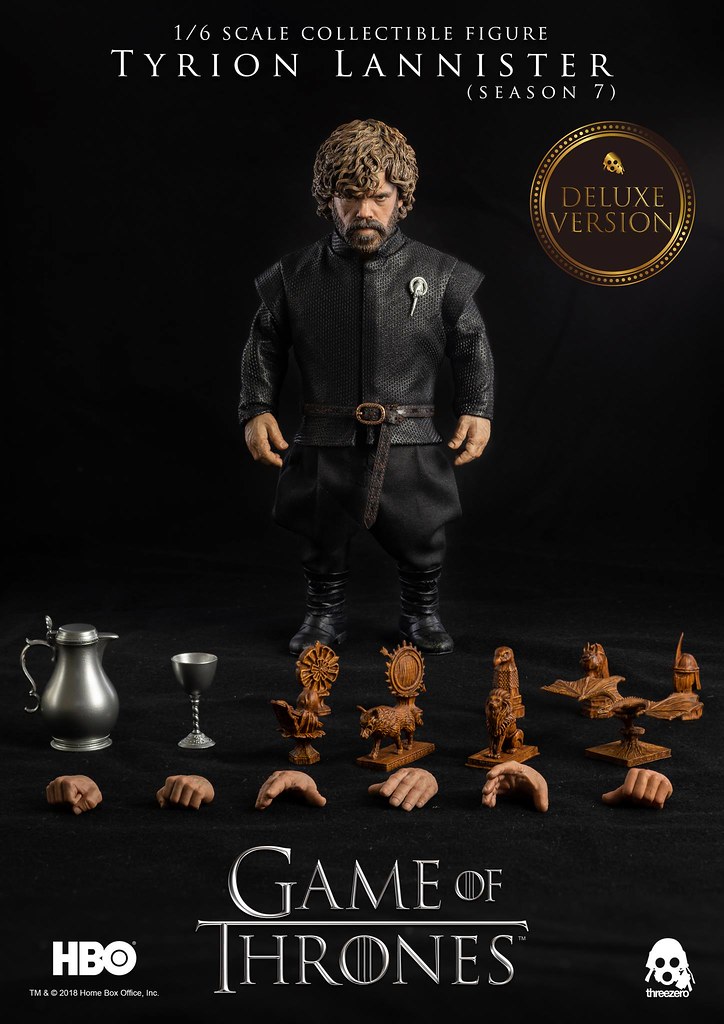