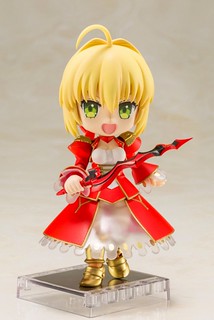 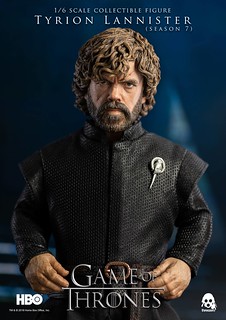 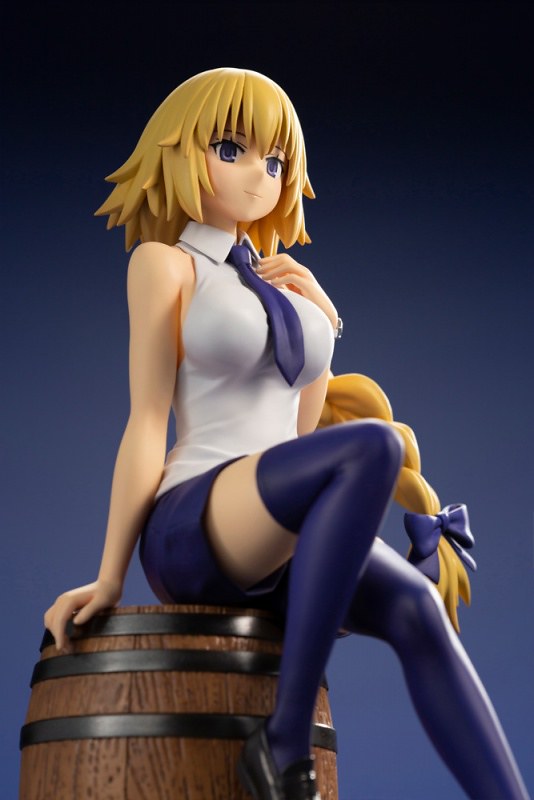 In the spin-off novel Fate/Apocrypha, Ruler was summoned by the Holy Grail, possessed the blond teenager Laeticia, and tasked with oversee and guide the Holy Grail War. Under the special Ruler class, she wields absolute defense "Luminosité Eternelle: God is Here With Me", and Holy Sword "La Pucelle: The Crimson Holy Virgin". 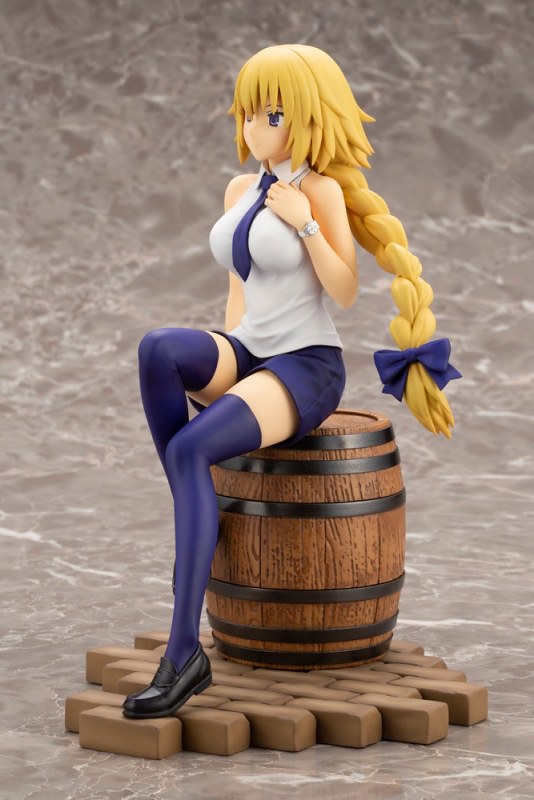 Ruler/Joan of Arc 1/7 Scale Figure recreate the scene were Joan sits on a barrel. Her face is lacking but the back tattoo is faithfully created. The base is design after the streets of Trifas, same as the two previous figure. 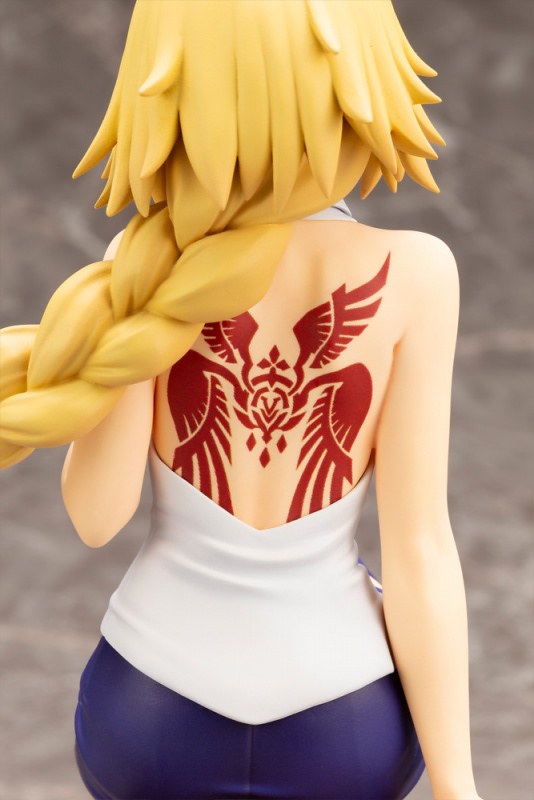 Written by Yūichirō Higashide, Fate/Apocrypha takes place in the parallel universe of Fate/stay night. The Fuyuki Holy Grail that was lost in The Third Holy Grail War was found in Romania. The inception is caused by the "Yggdmillennia Family", a bunch of Nazi colluding magician, wanting to form a new organization therefore wage war against the original. They each summoned 7 followers and formed the red and black side, thus a special "Holy Grail War " begins... 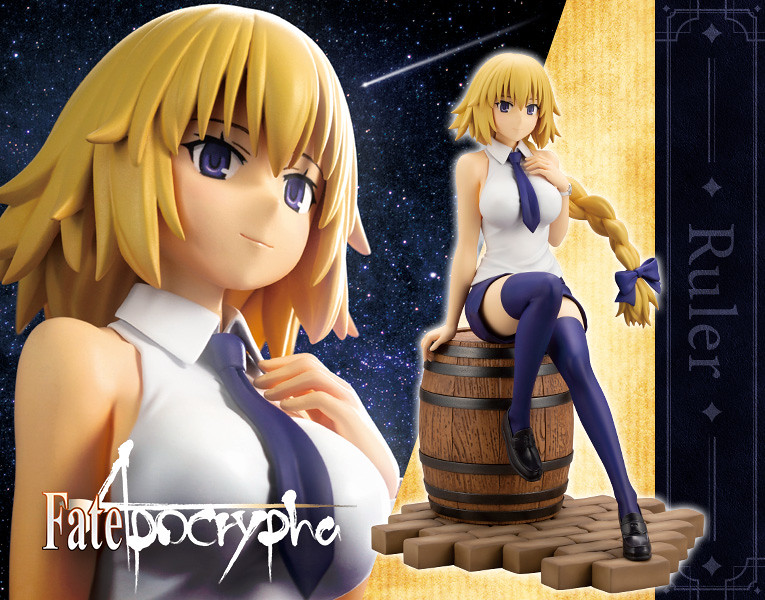 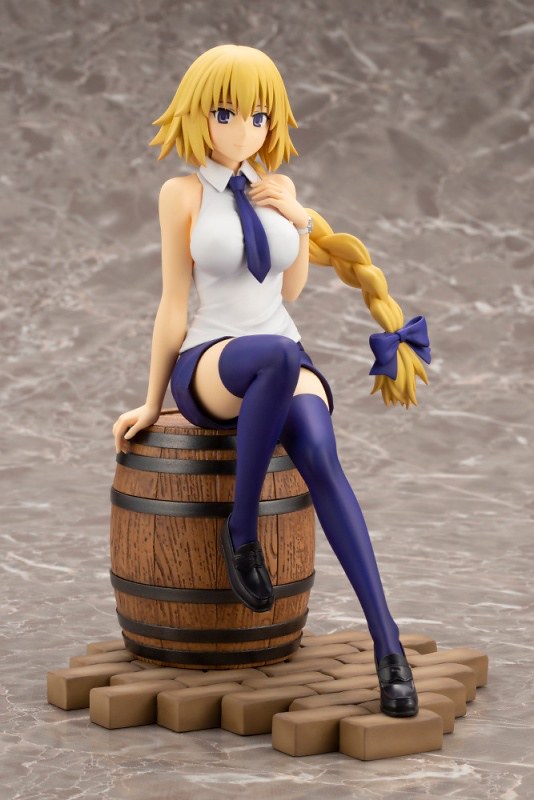 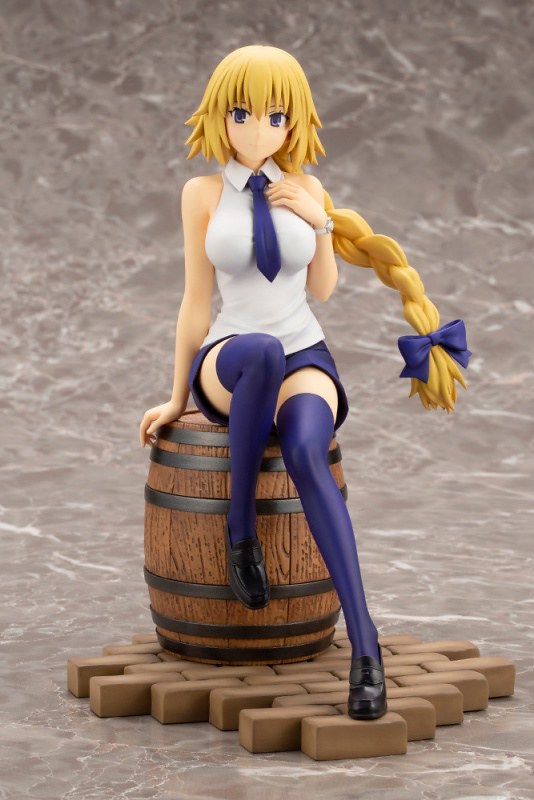 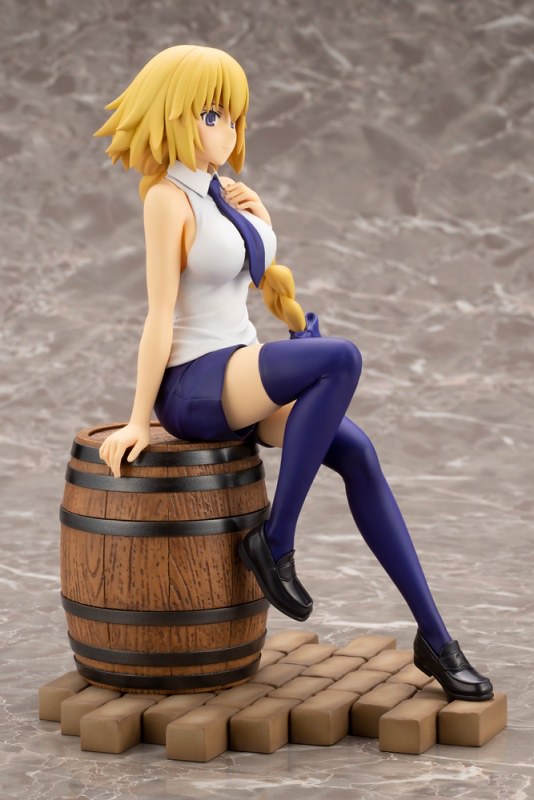 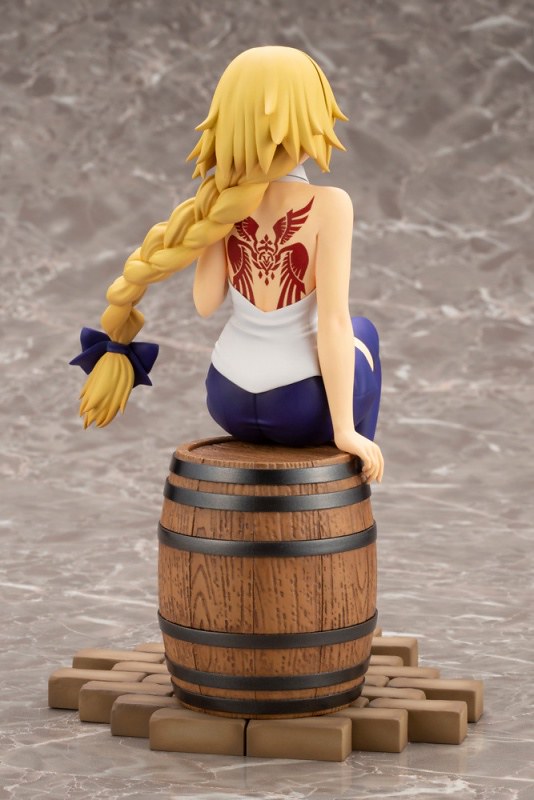 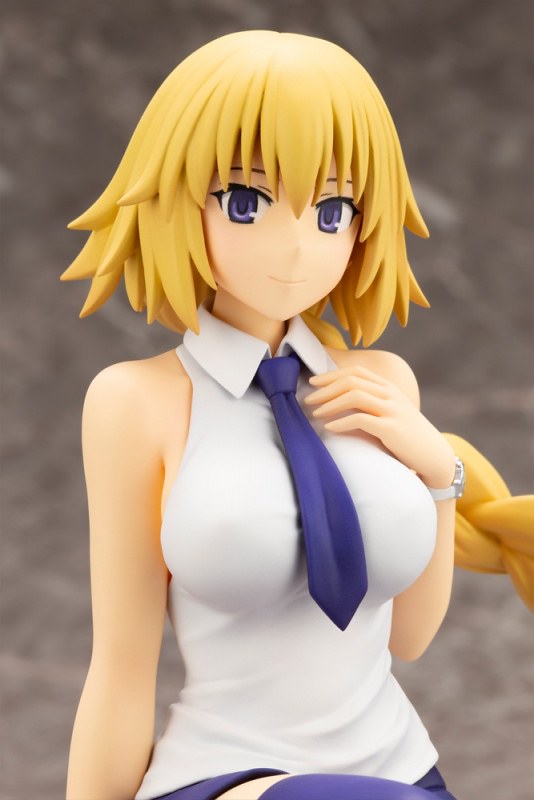 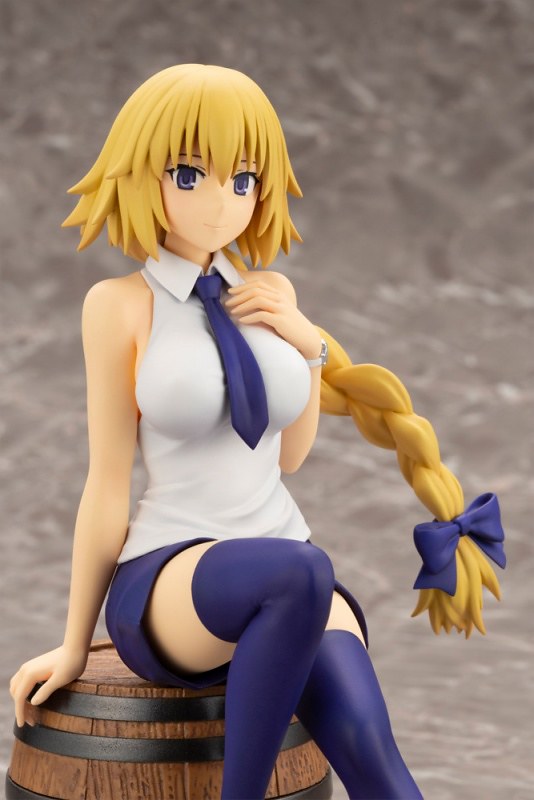 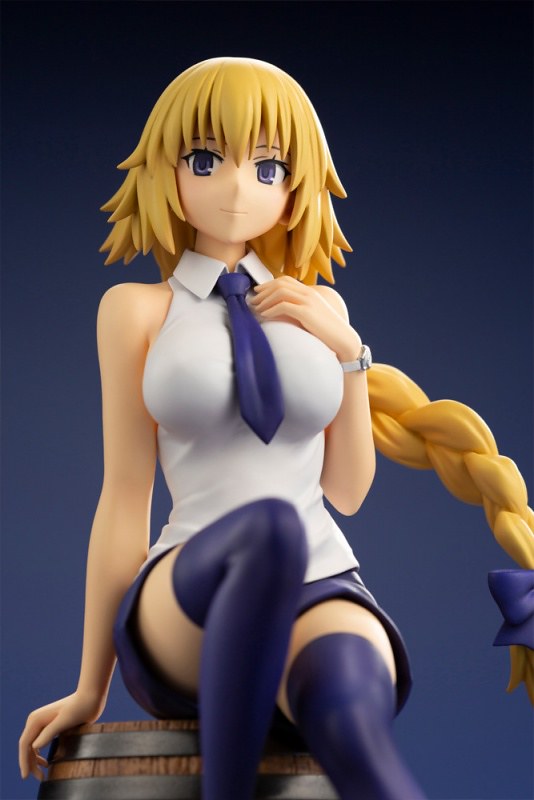