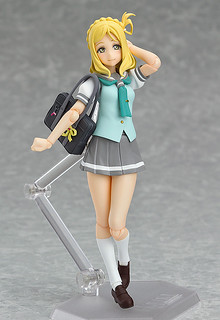 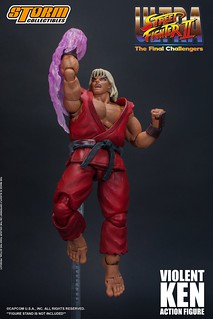 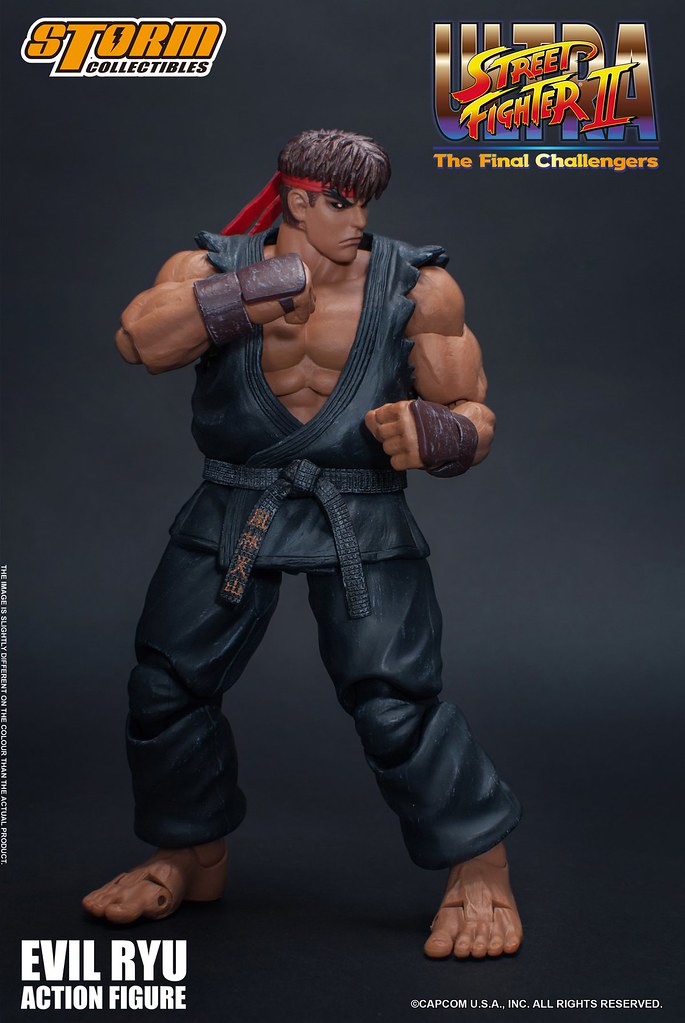 Street Fighter 2 was the hottest and revolutionary fighting game of the 90s, and Ultra Street Fighter II: The Final Challengers is a port for the Nintendo Switch. Other than the new modes it also includes Evil Ryu and Violent Ken, Evil Ryu full name "Ryu with the Surge of Killing Intent Awakened"(殺意の波動に目覚めたリュウ), is a more powerful version Ryu indicate by the purple Hadouken. 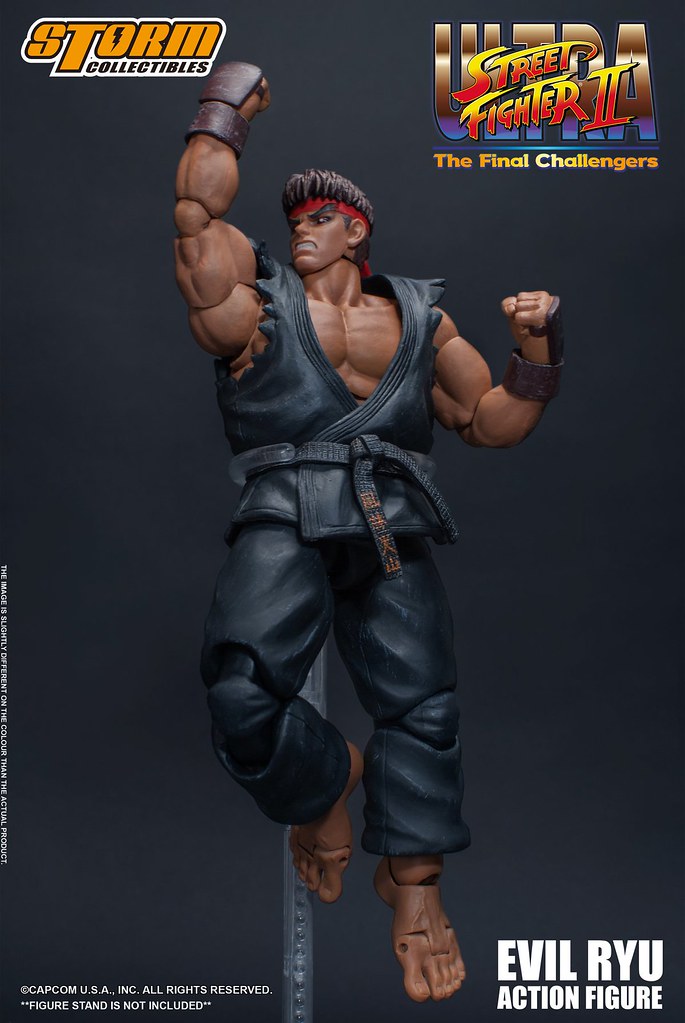 Evil Ryu 1/12 Scale Figure stands 7inches(177mm), realistically created the look from the game, with dark skin and black karate gi with the sleeves torn off, muscles and wrinkles are all carefully sculpted. The head sculpt includes normal, grit teeth, yelling, and painful faceplate. Accessories include exchangeable hands, Hadouken effect, and a stand to perform Hadouken, Shoryuken, and Tatsumaki Senpuukyaku or every other scenario from the game. 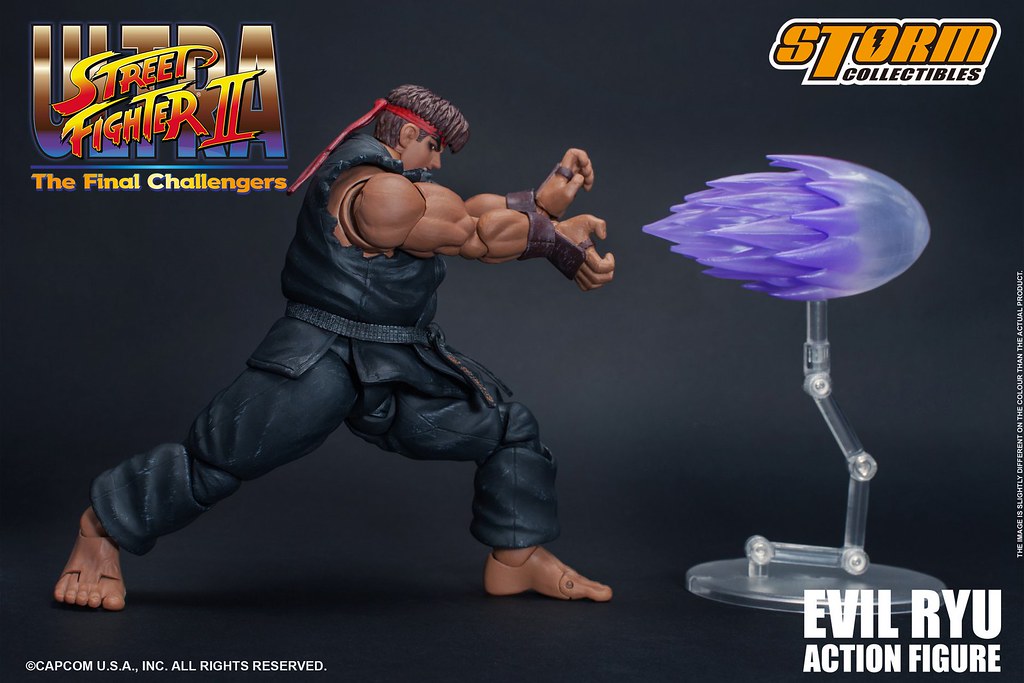 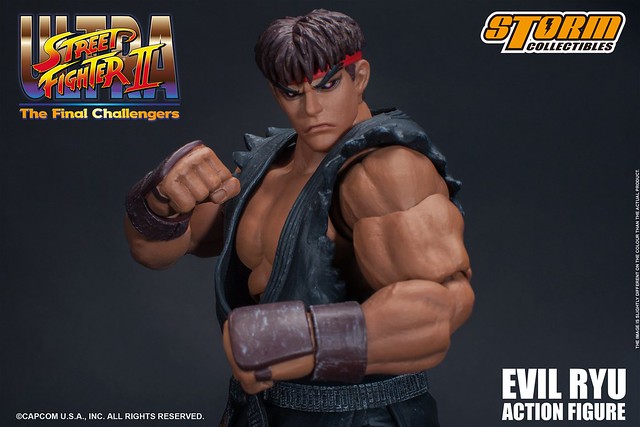 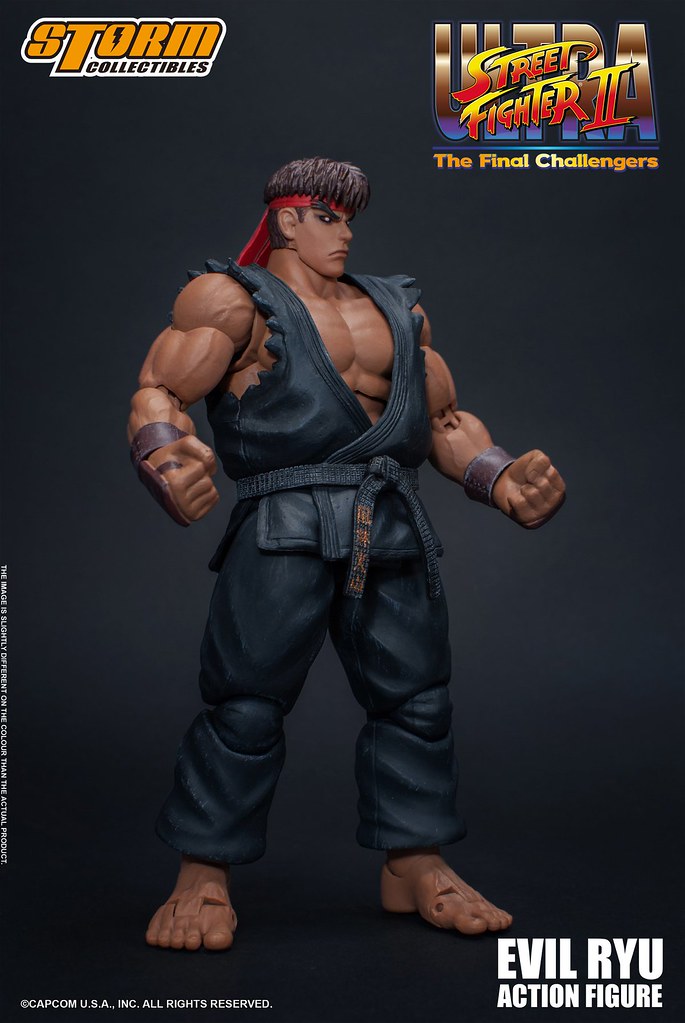 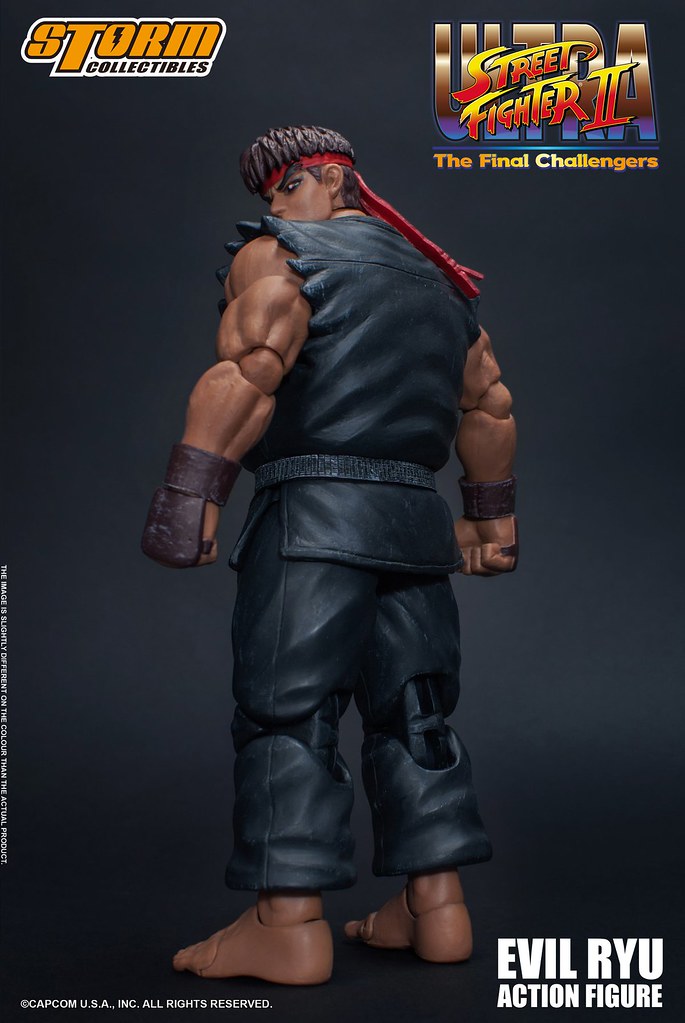 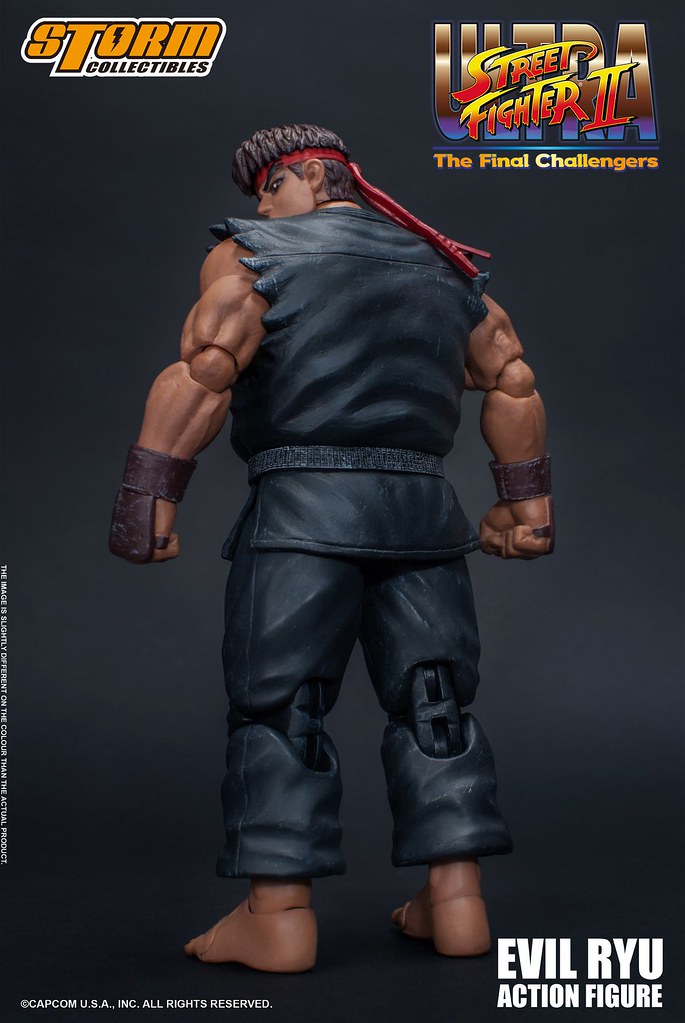 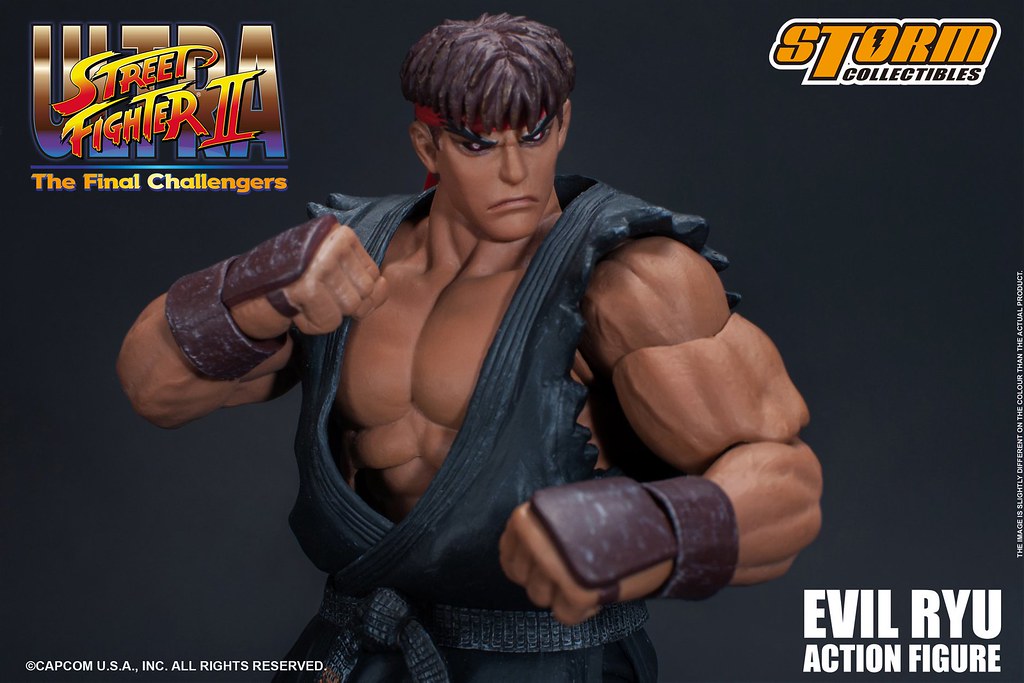 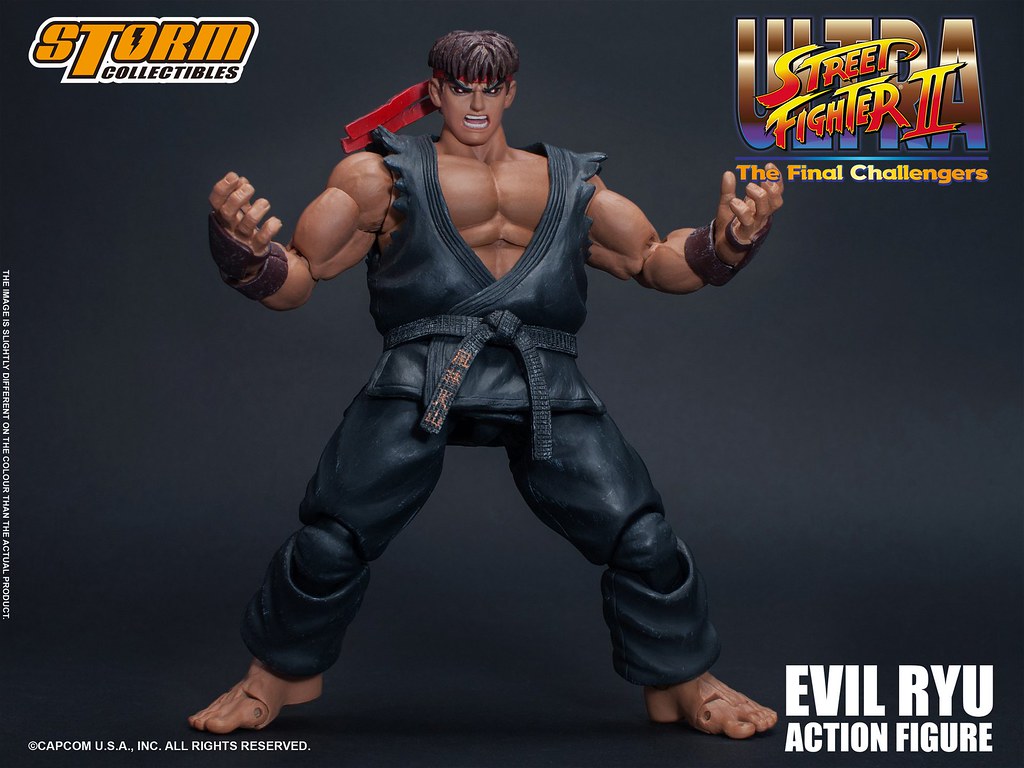 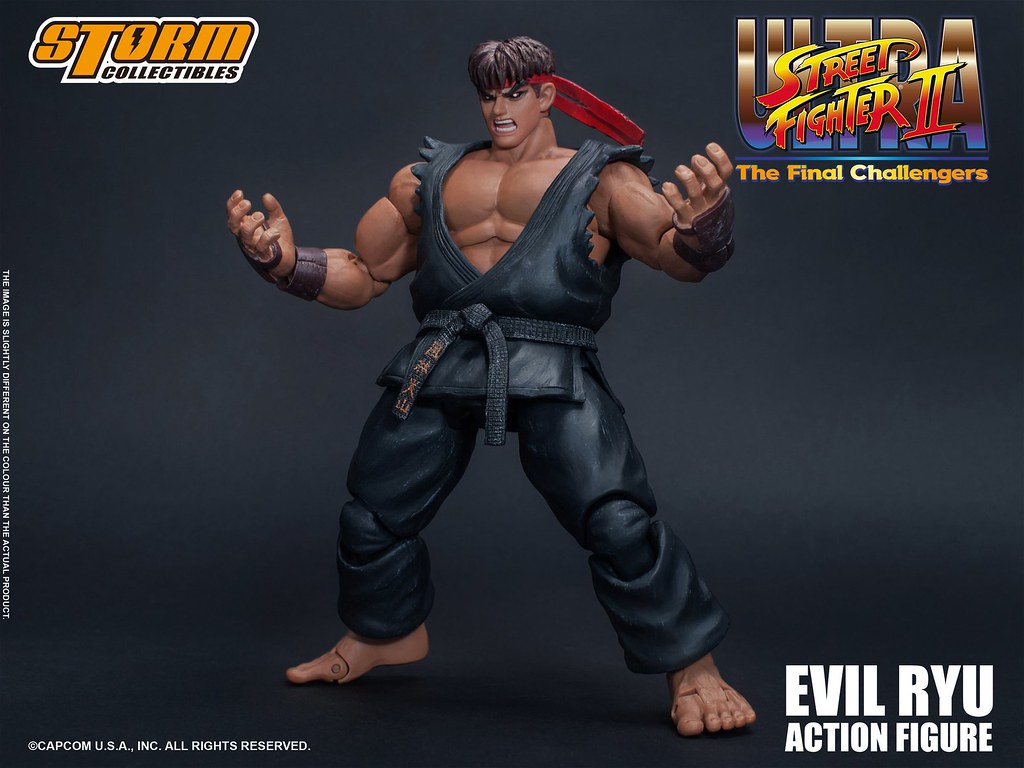 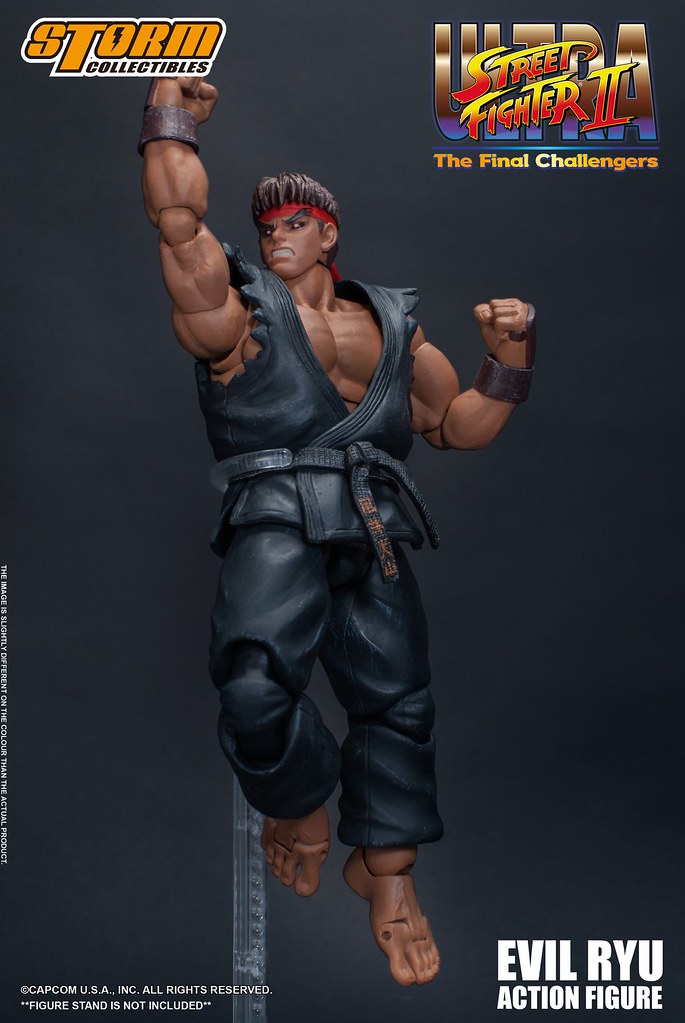 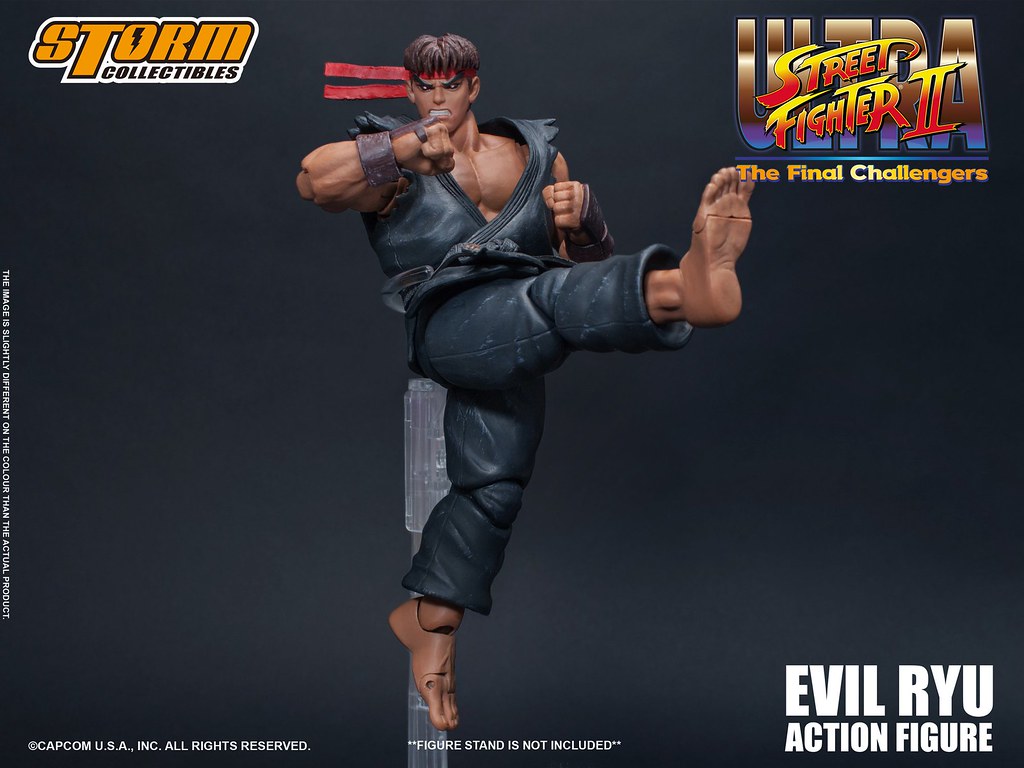 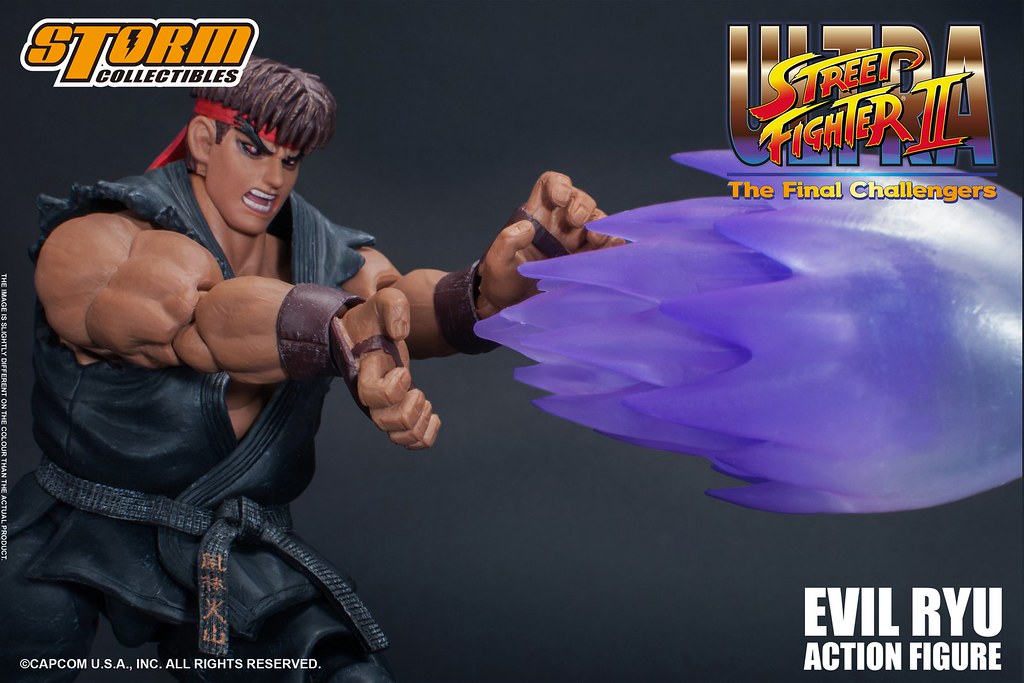 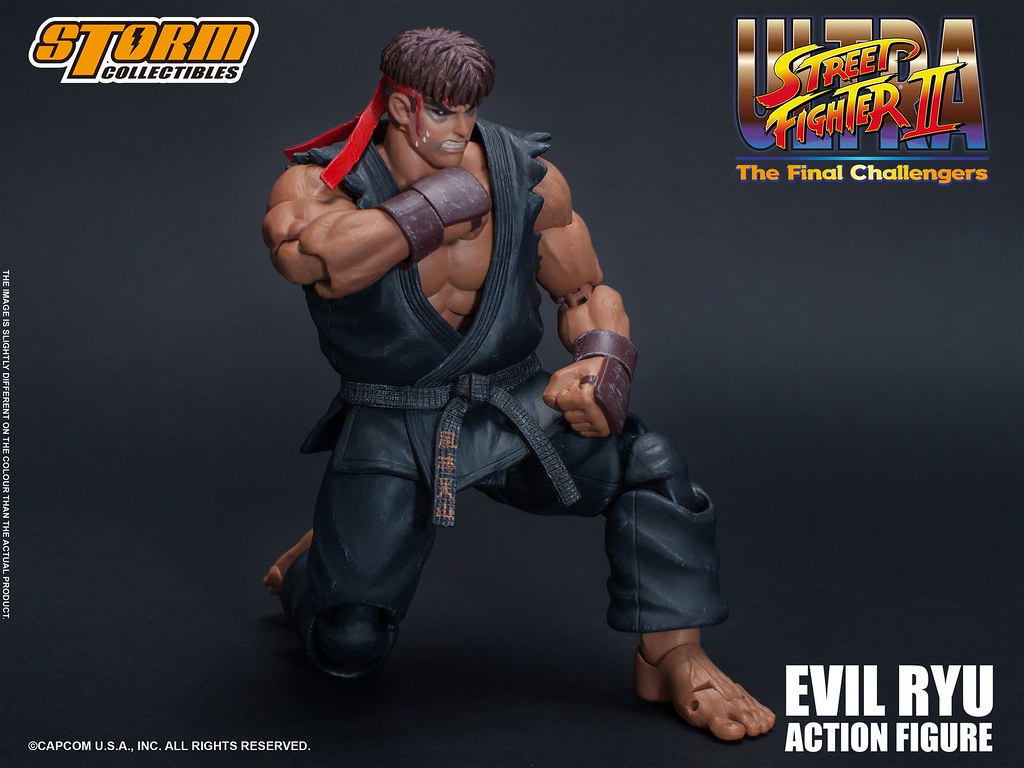 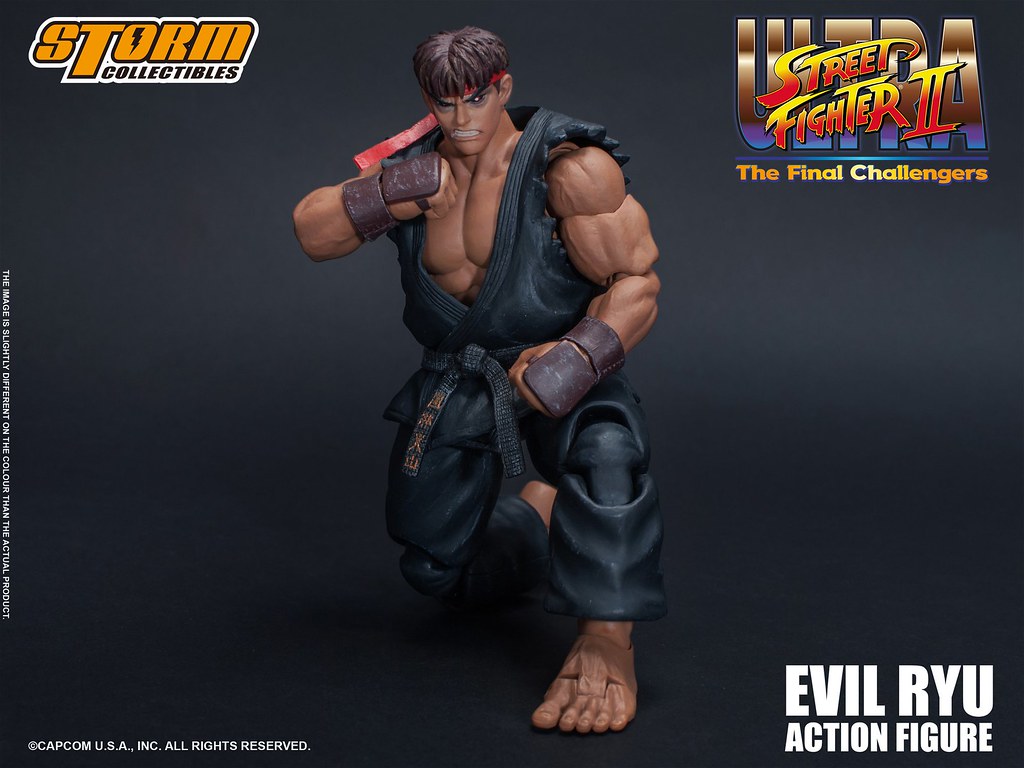 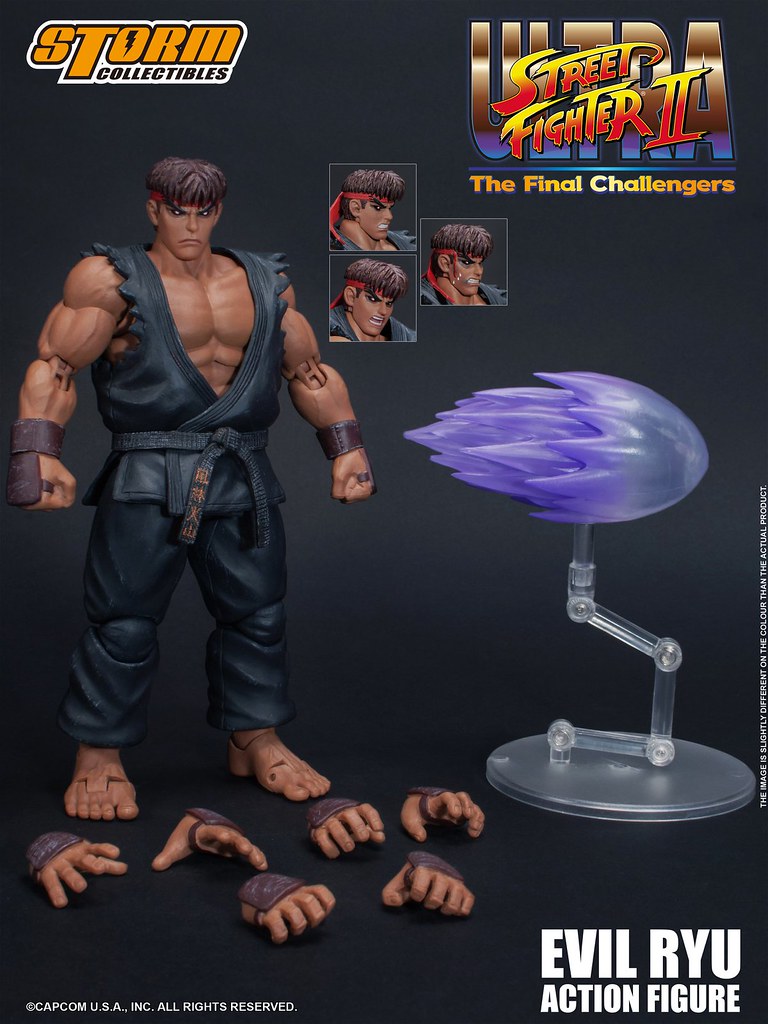