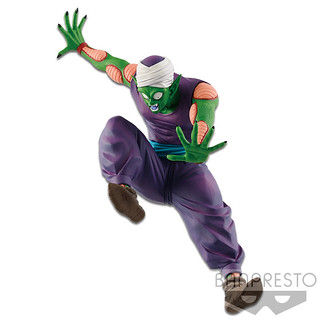 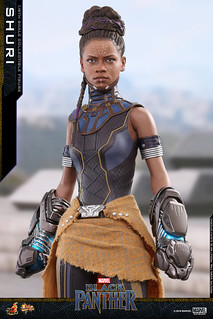 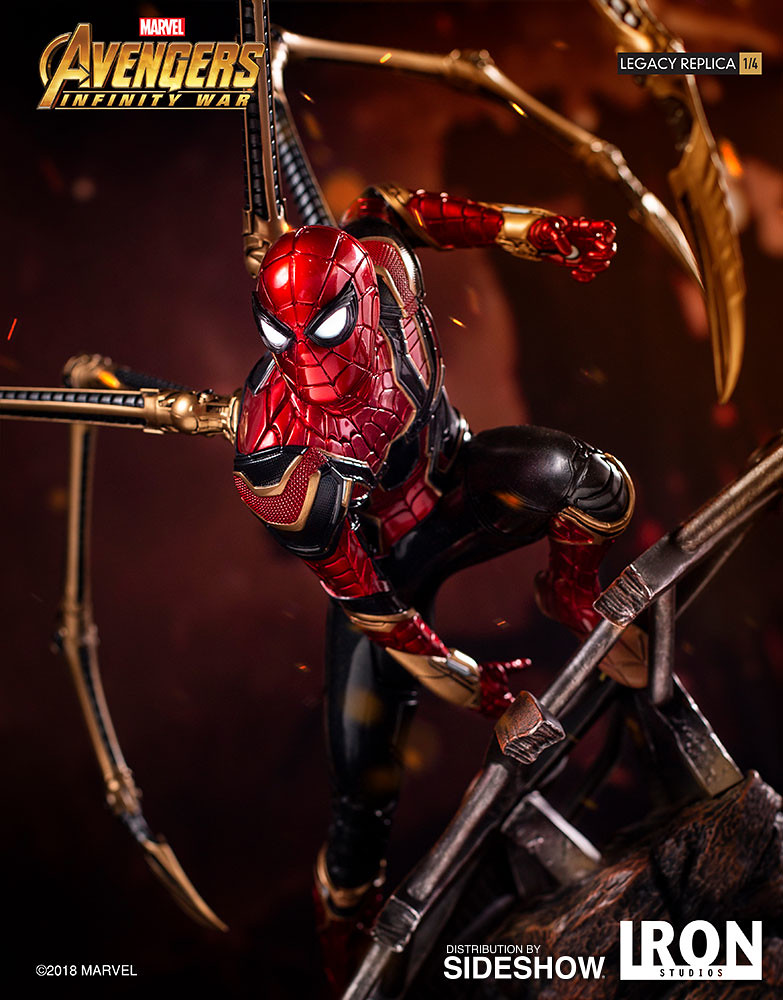 Iron Spider was teased at the end of Spider-Man: Homecoming and wore by Spidey in Avengers: Infinity War. Peter Parker looks great in this suit and those claws on the back are especially eye-catching! Different from the comic red and gold, MCU's Iron Spider is a lot more colorful with the classic red and blue with gold lining, making the suit more complex. 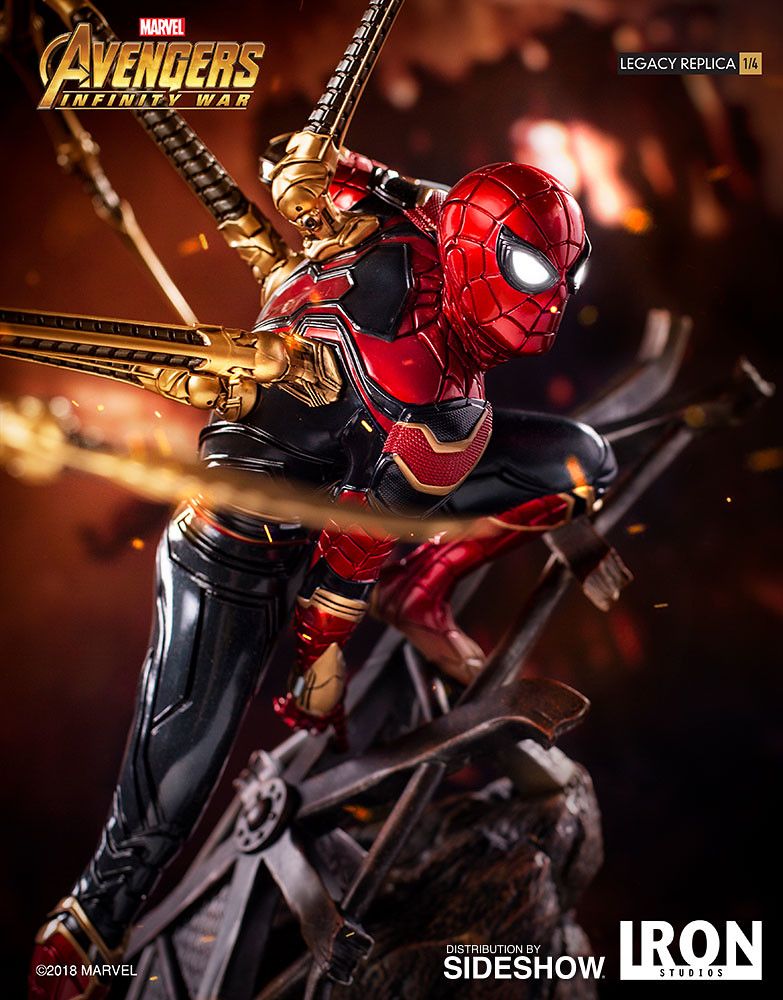 Iron Spider Legacy Replica 1/4 stands 25inches(63.5cm), realistically recreate his agile and vibrant pose. Everything from the suit to the iron claws is all colored with high-quality gold paint. Web patterns, armor, and suit detail are all recreated from the movie. The head even has built-in LED for an even cooler display! 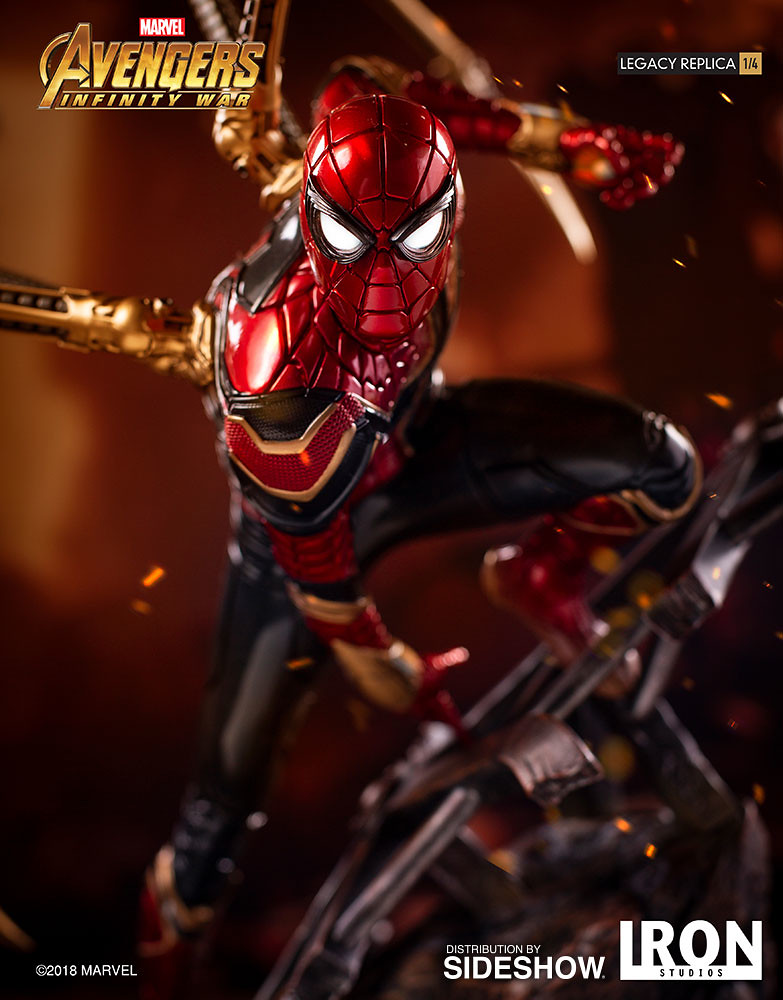 Spidey stands on a rock and rubble base, with carefully sculpted rebar and slab. Avengers insignia laid all sides of the base. The statue includes Tom Holland Head sculpt, though not as impressive as 「Thanos's」, still has Tom Holland's head shape and hair, total worth collecting! 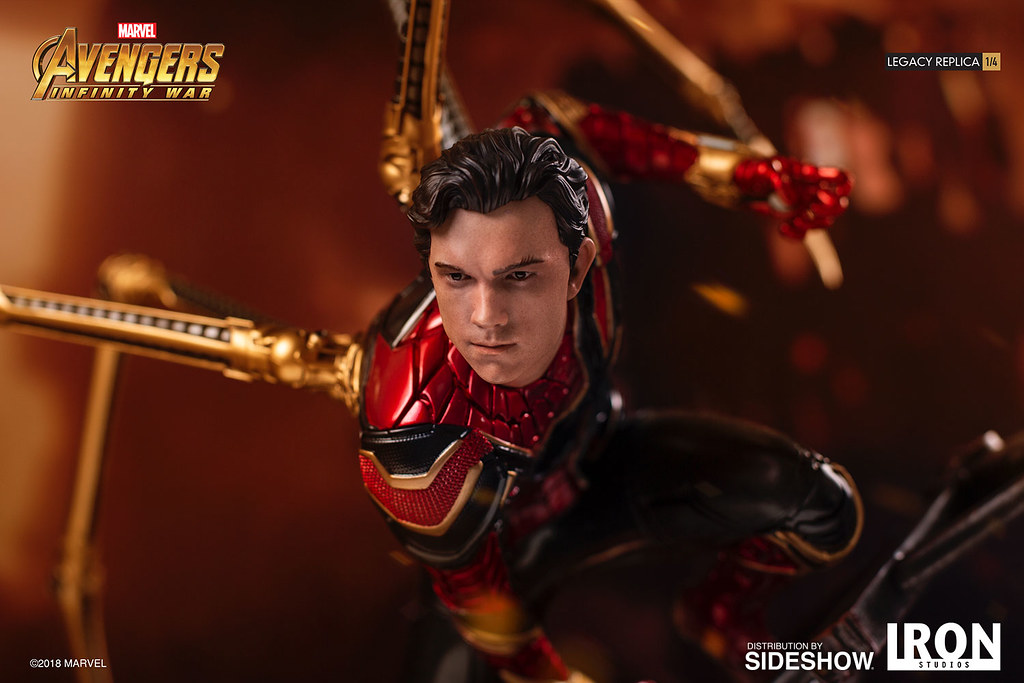 ▼Watch the video for more details! 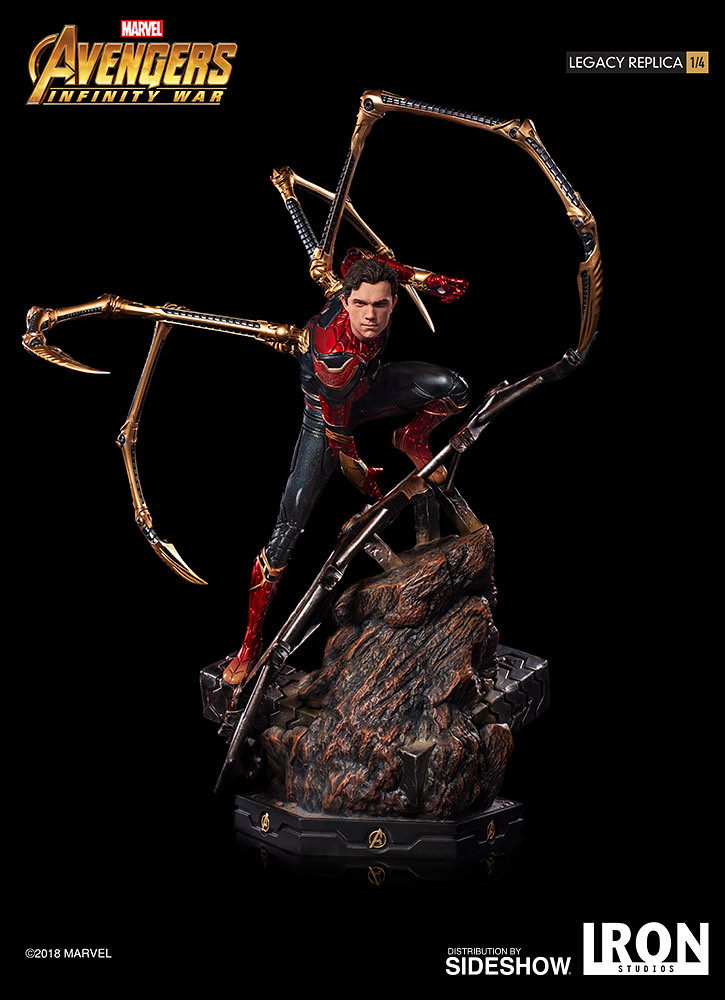 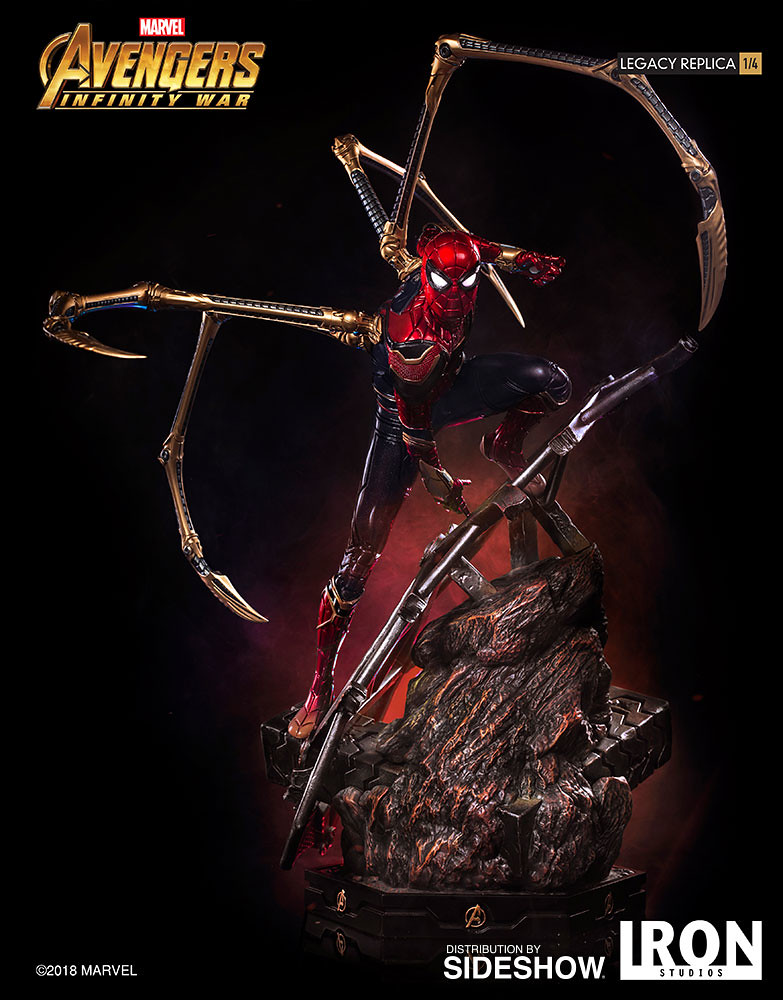 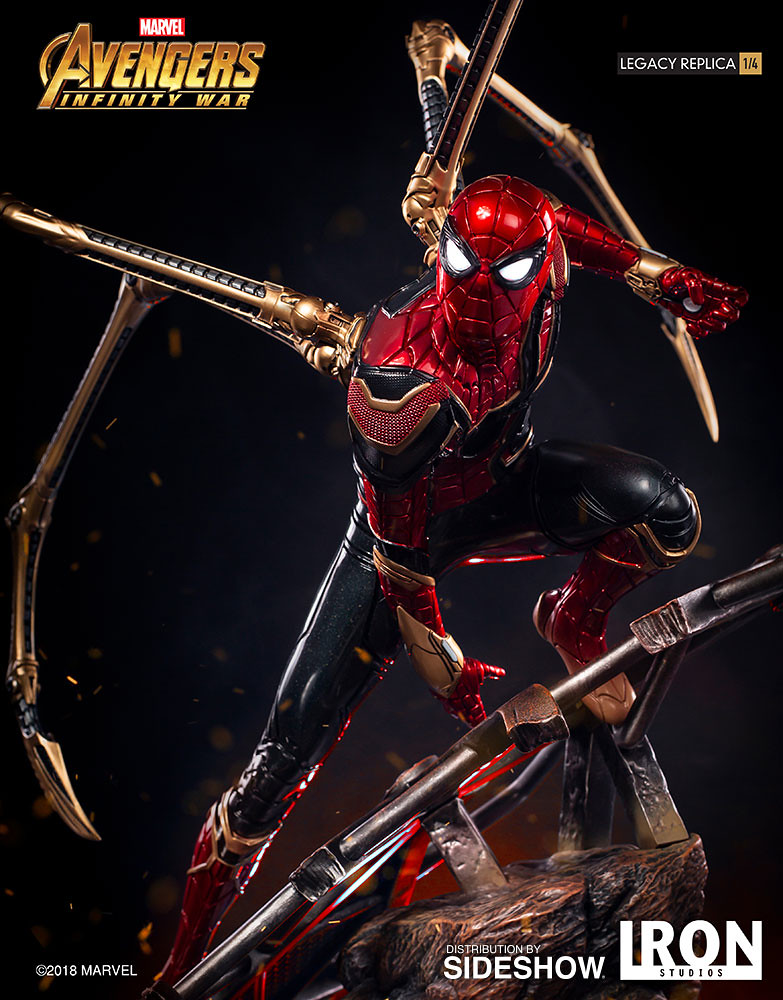 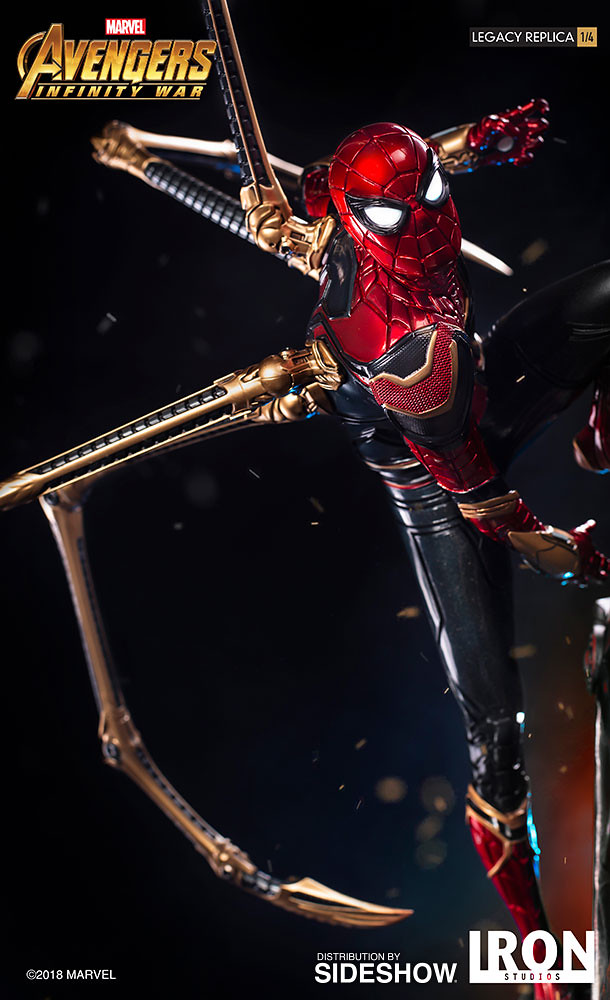 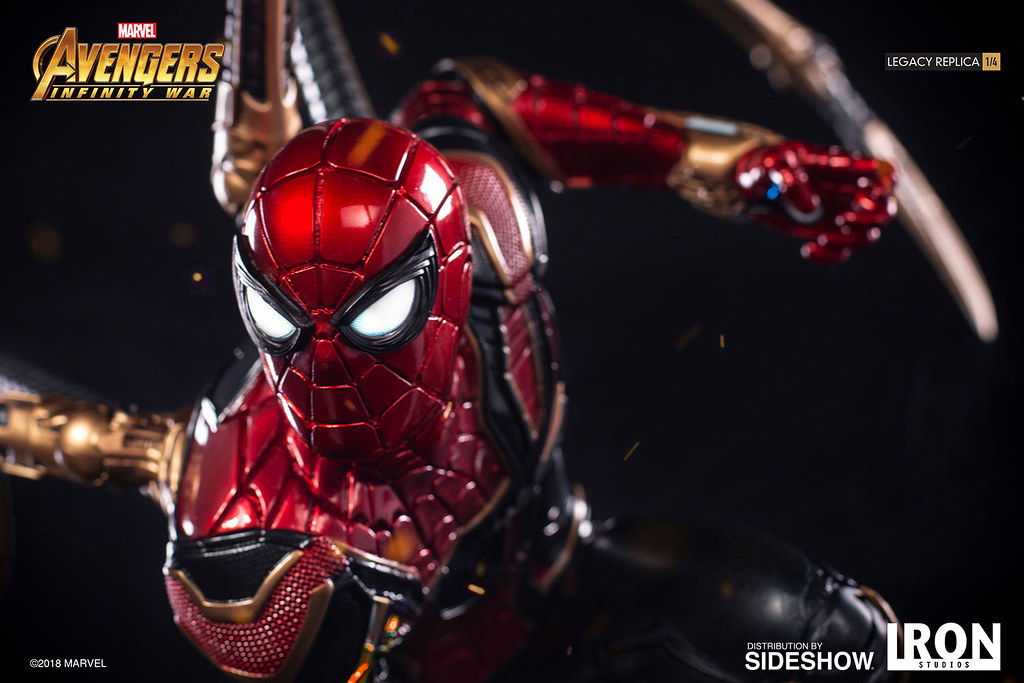 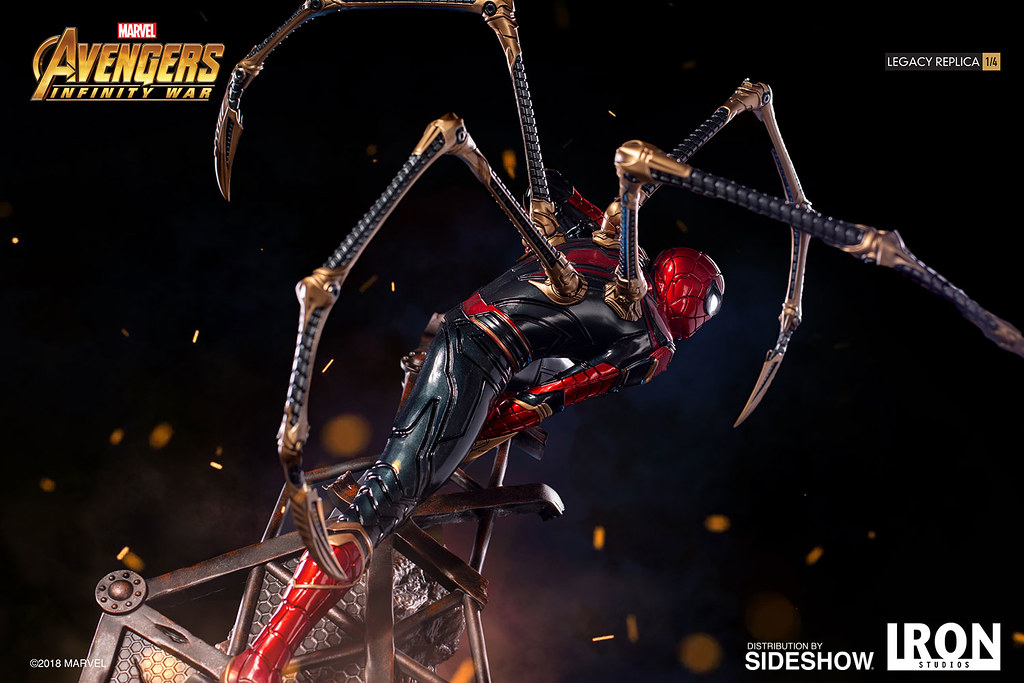 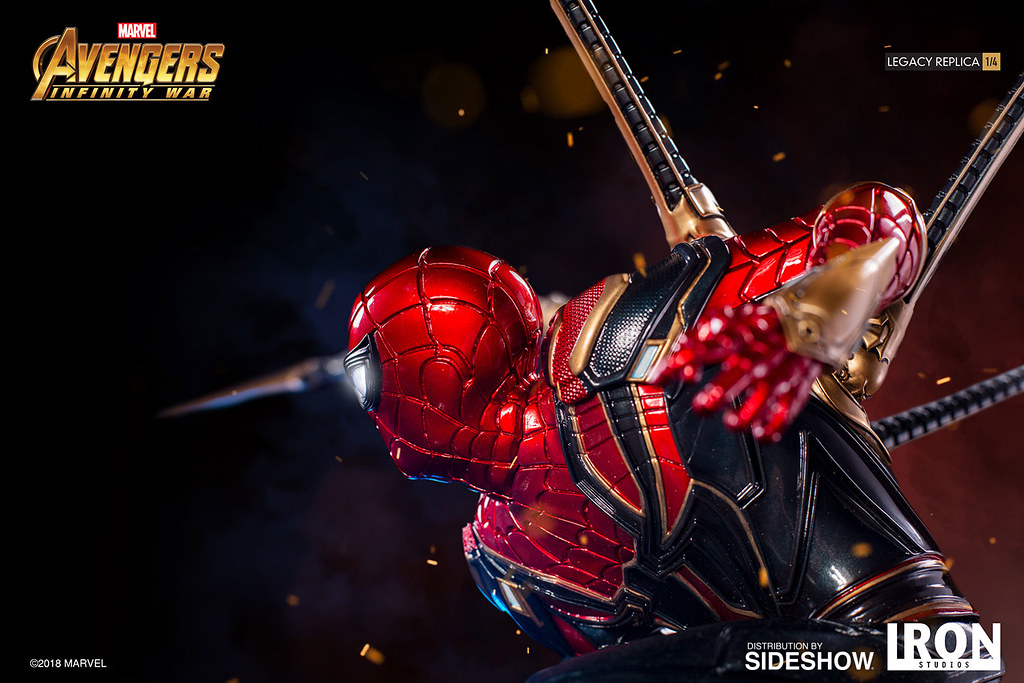