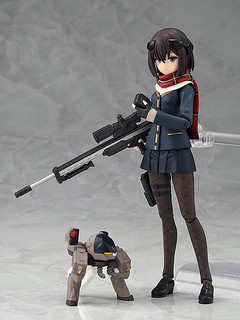 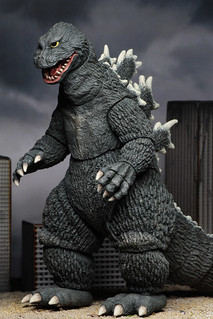 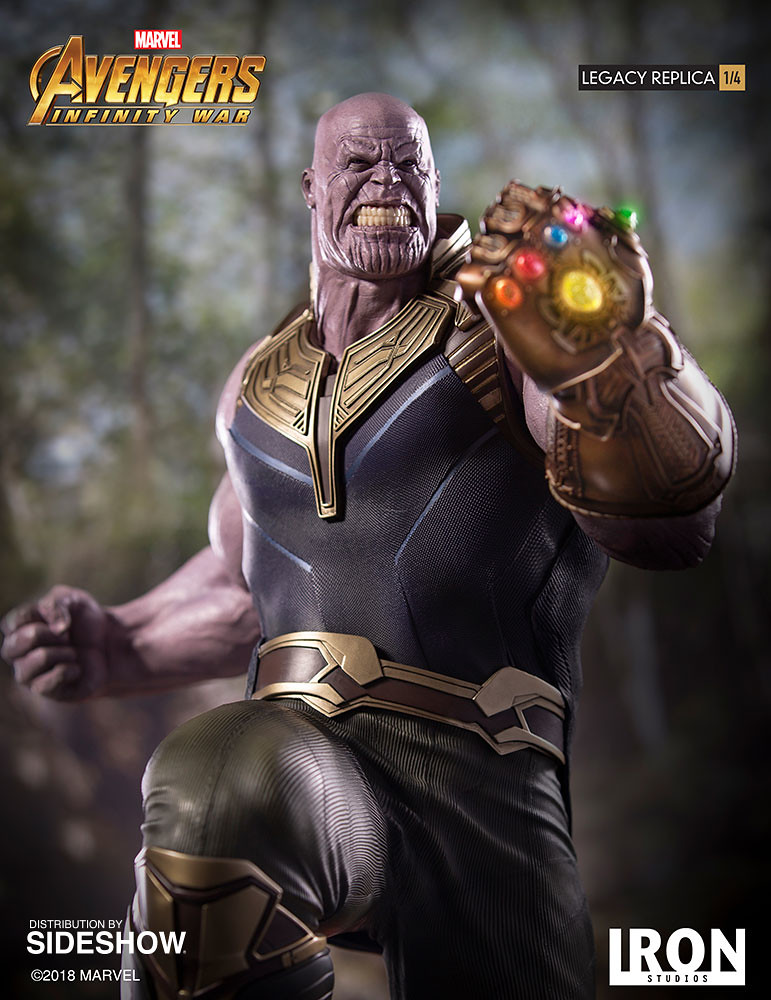 In Avengers: Infinity War, Thanos was physically strong even before the Infinity gems, able to beat the crap out of Hulk in his full armor. Though badly wounded by Thor's Stormbreaker, he manages to snap his finger, wiping half the lives of the universe. In the past, Iron Studios made the Mad Titan as their first piece of the BDS Art Scale series, the standard this time is even higher. 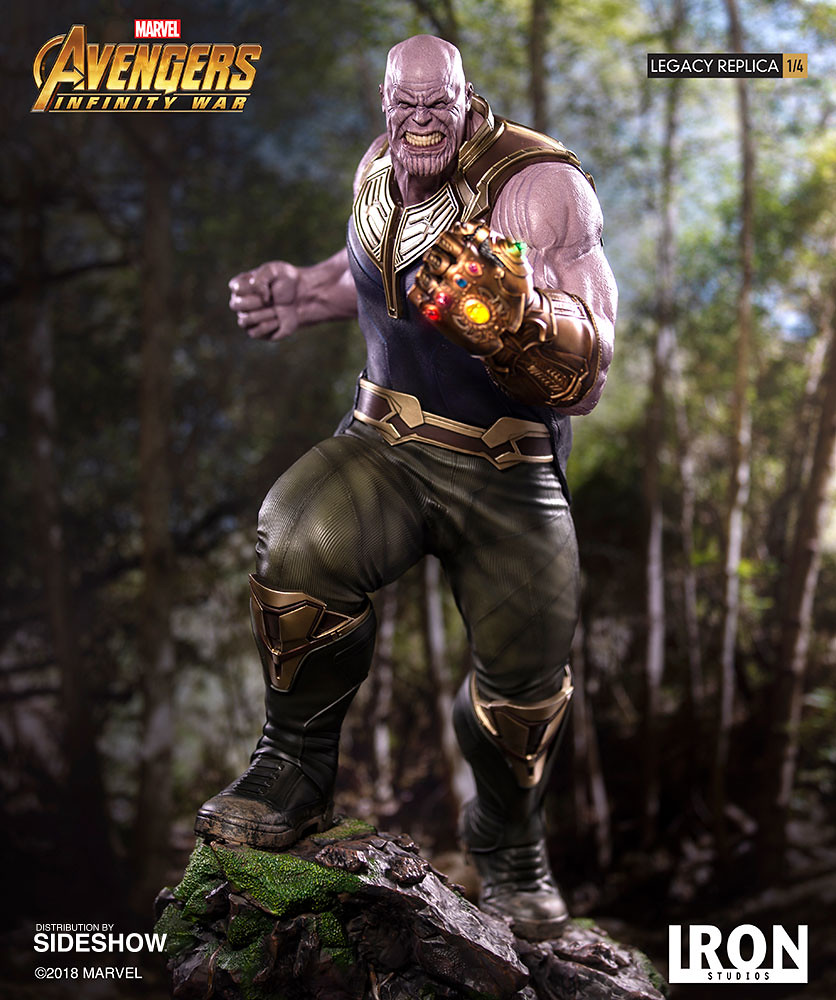 Thanos Legacy Replica 1/4 stands 28.5 inches (72.3 cm) tall, with markings on his chin and arm, and incredibly physique with vein-popping expression (has an exchangeable normal expression if it's too much). The Infinity Gauntlet is super detailed and purposely weathered. Has built-in LED fist to light up the gems for UNLIMITED POWER! 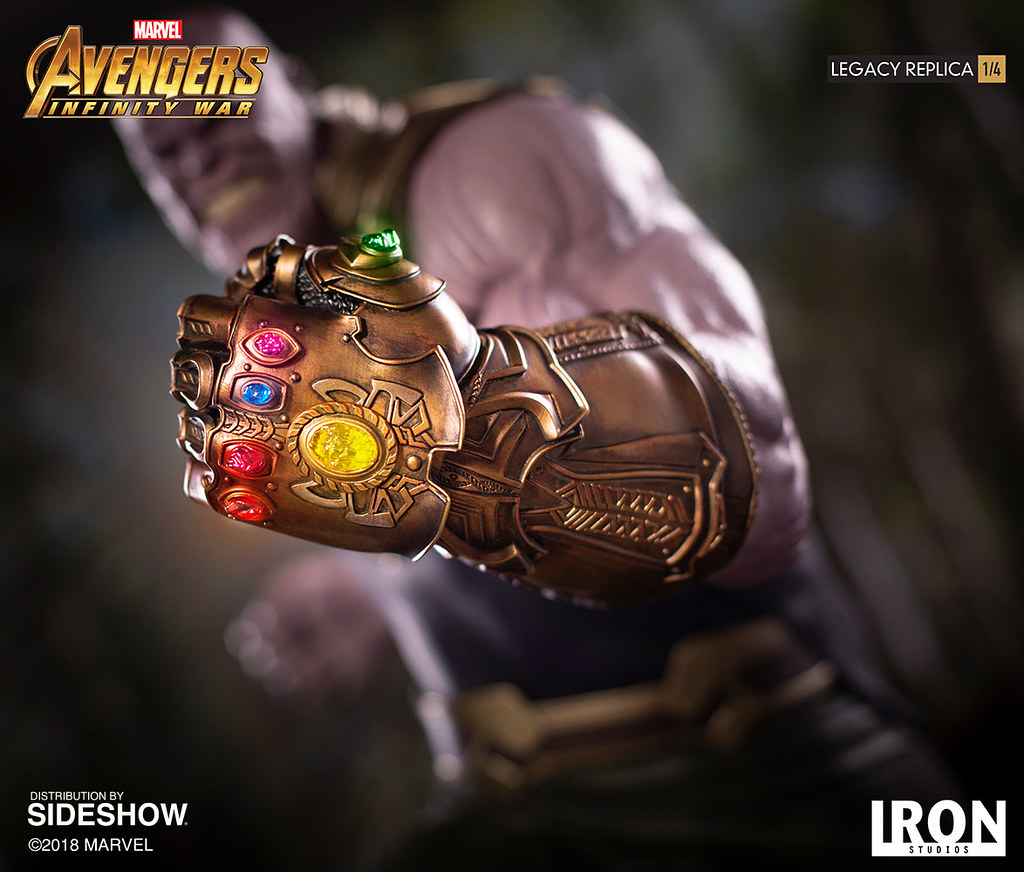 Apparel texture, copper armor, and muddied boots made it all more realistic. Wakanda themed base is also carefully made, decorate with plants and rock formation. It even has Cap's Wakanda shield on it, I wonder what happened. 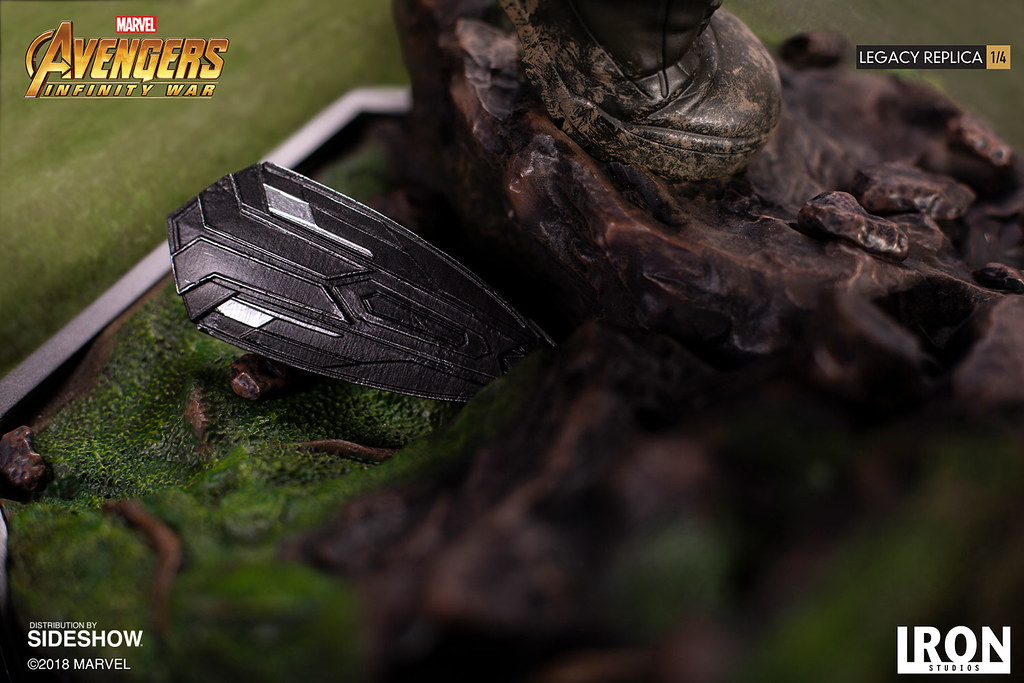 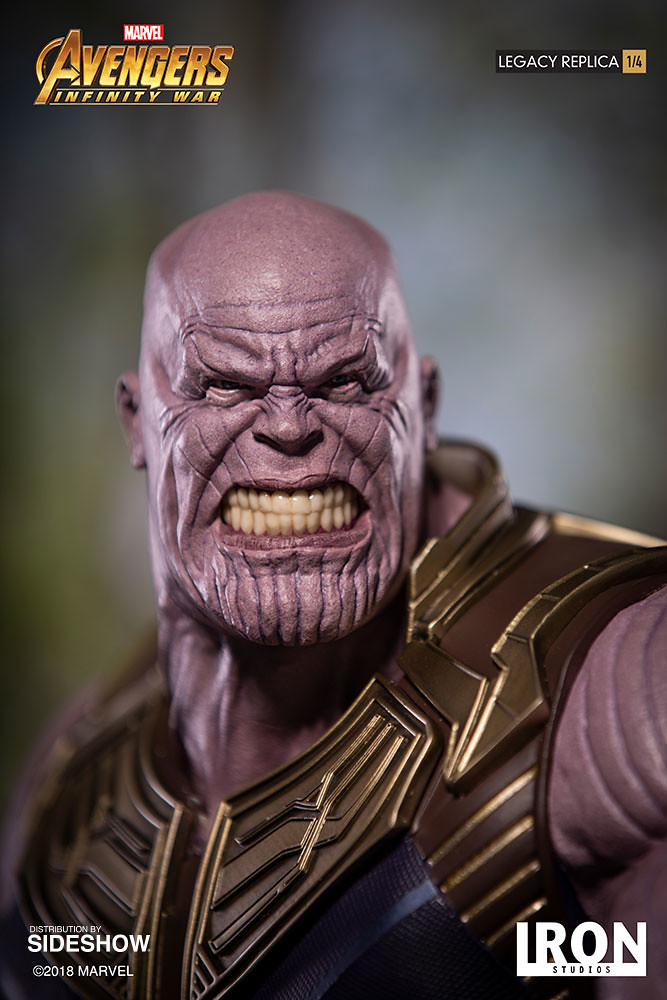 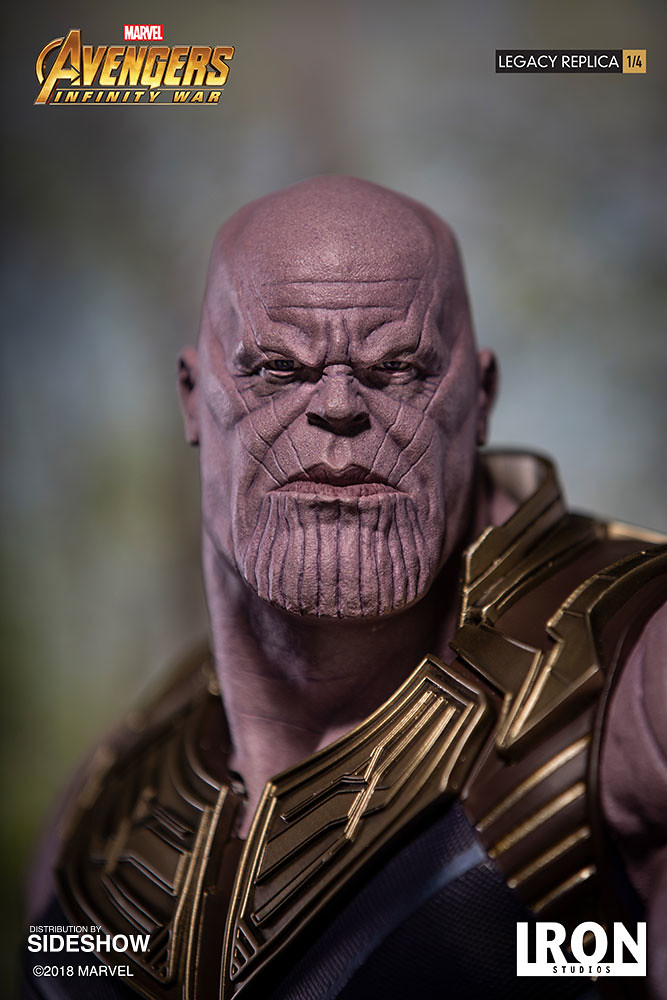 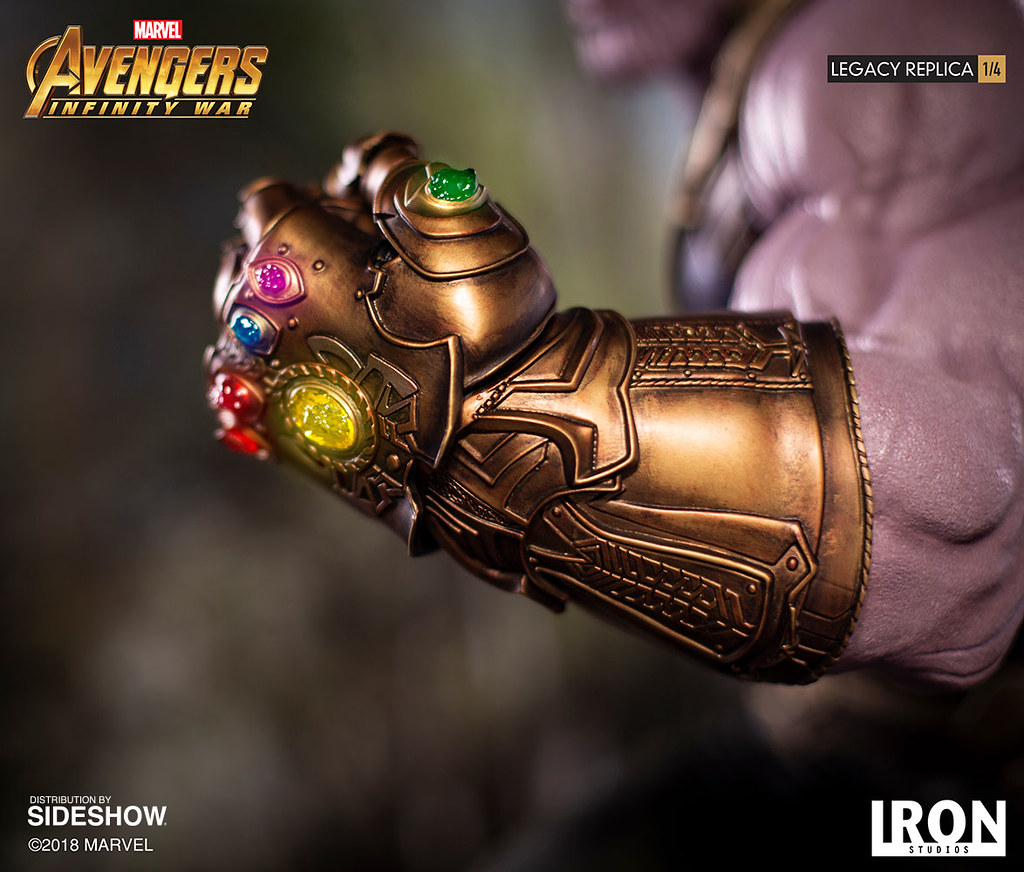 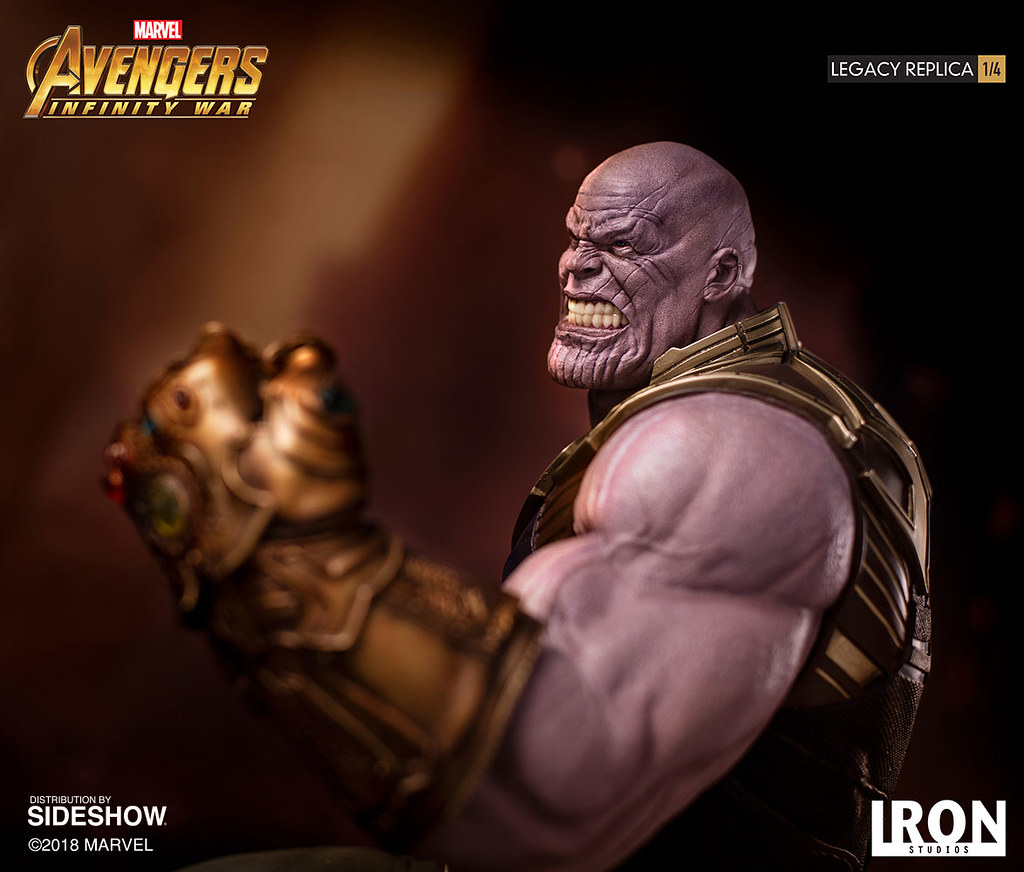 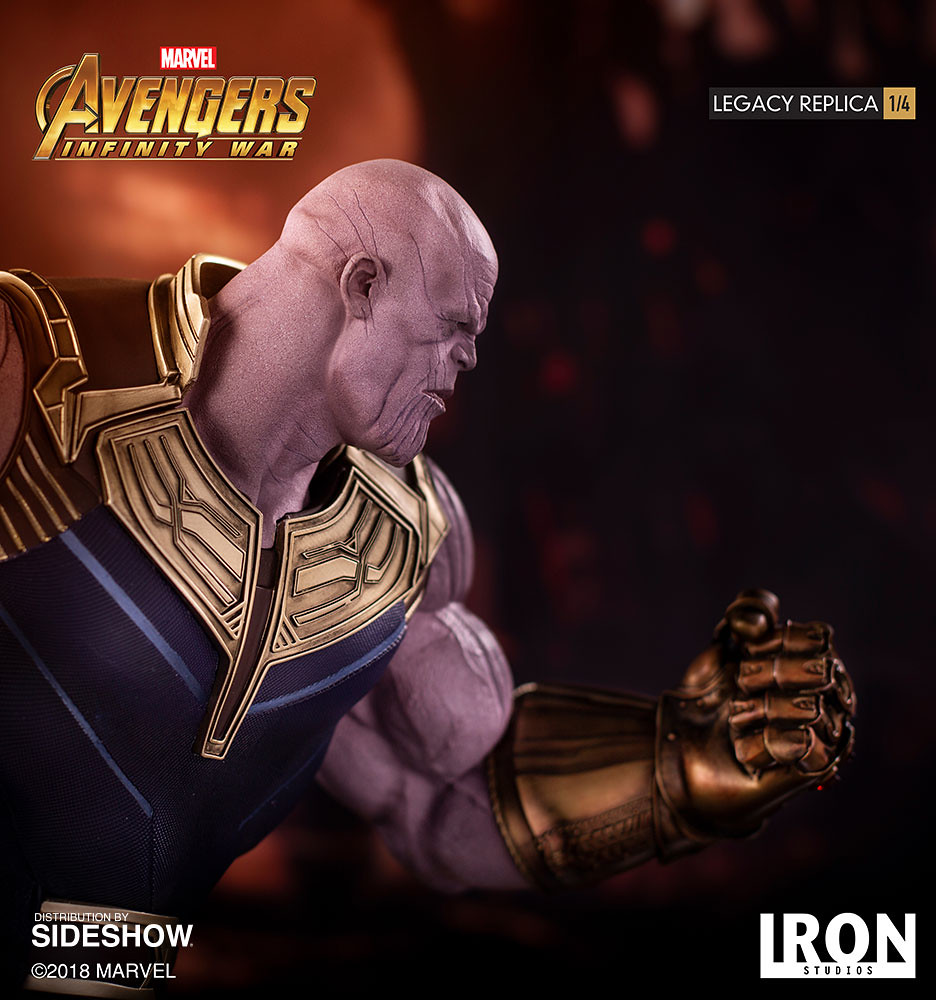 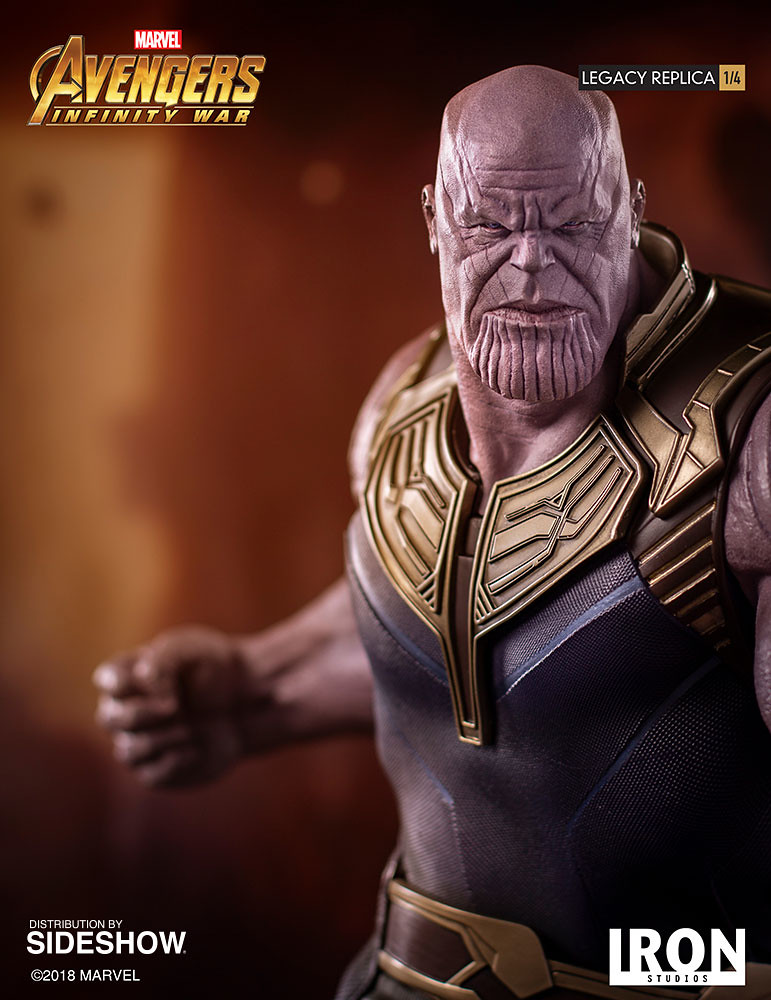 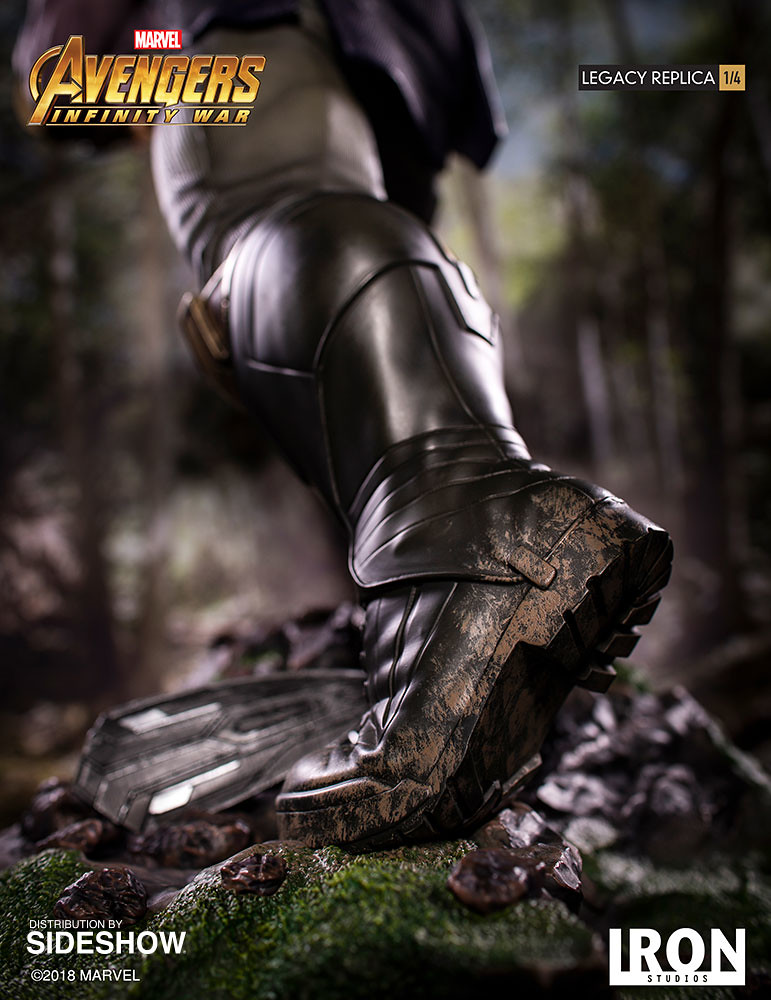 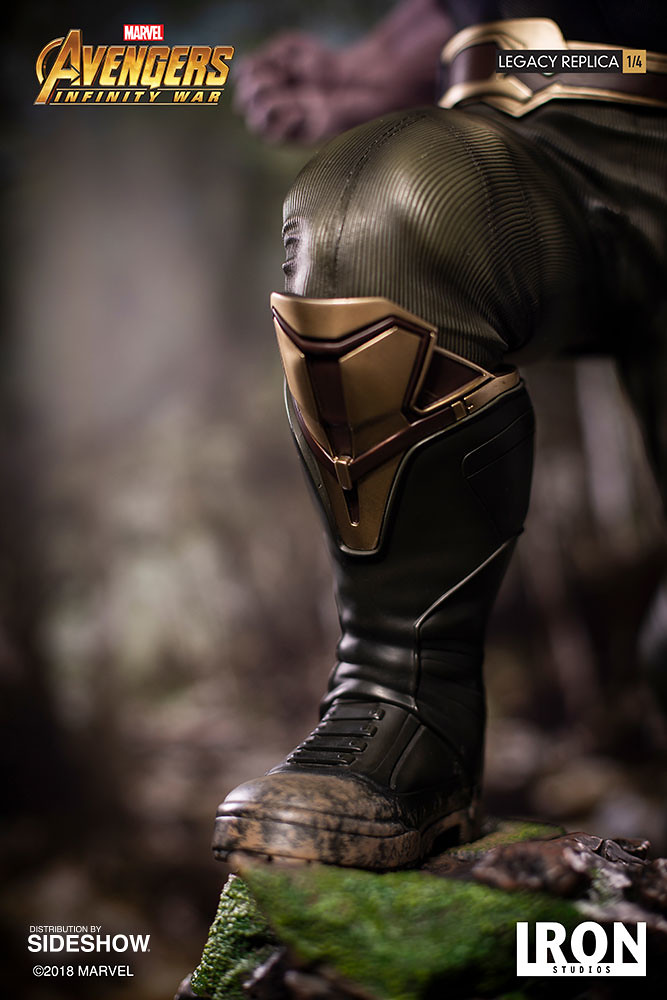 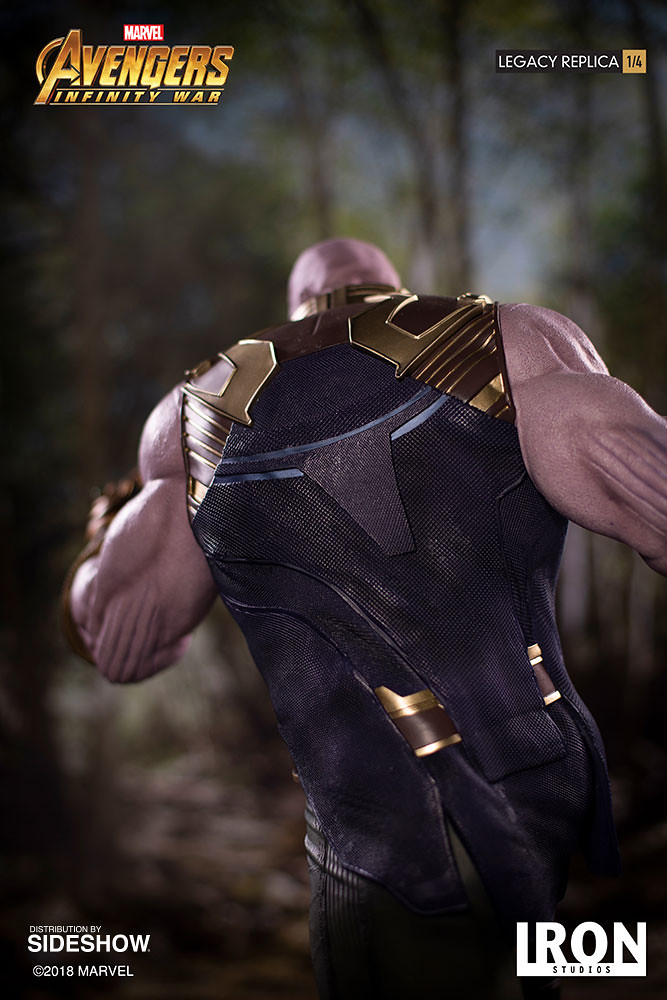 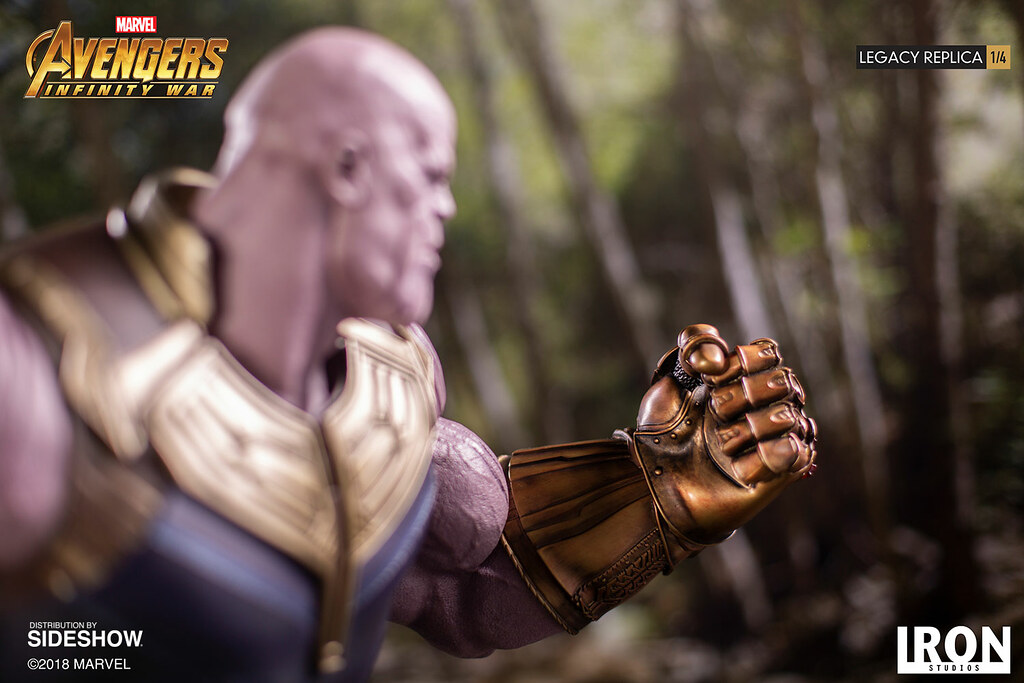 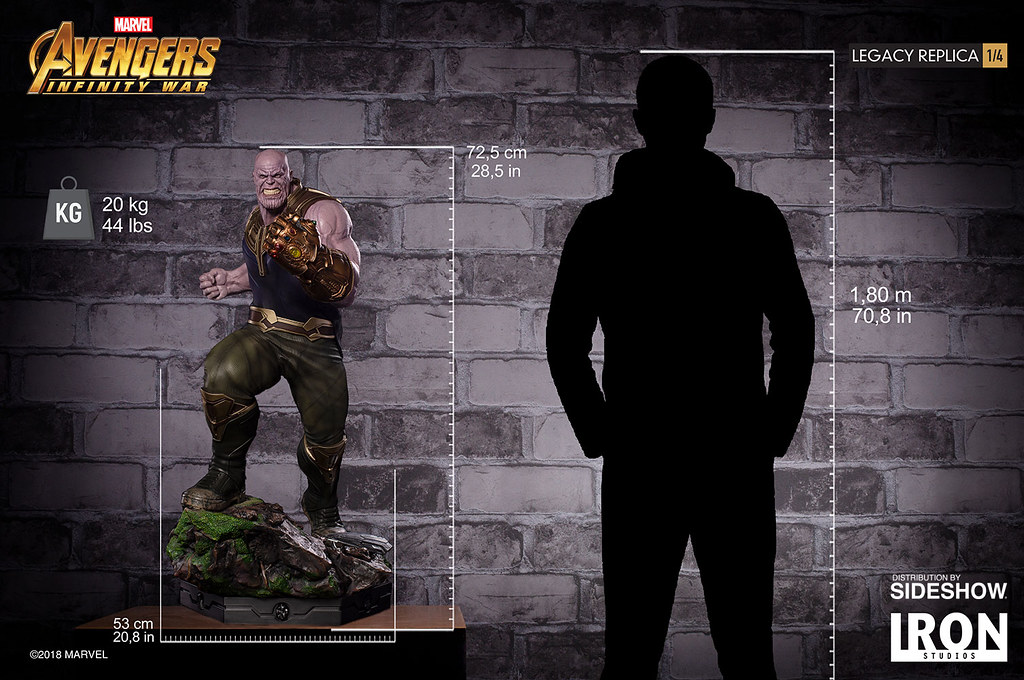 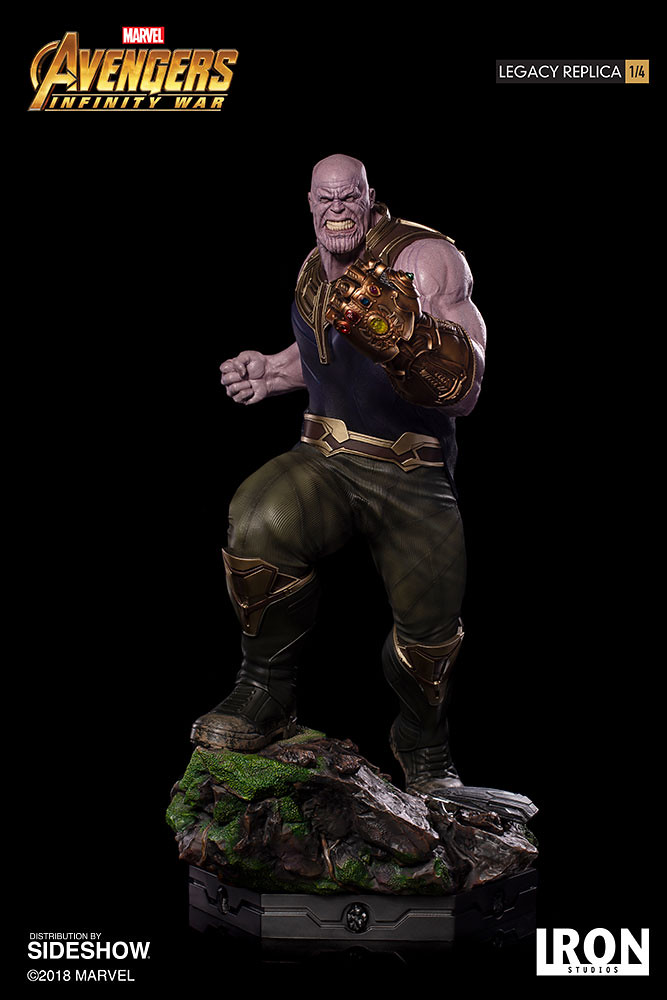 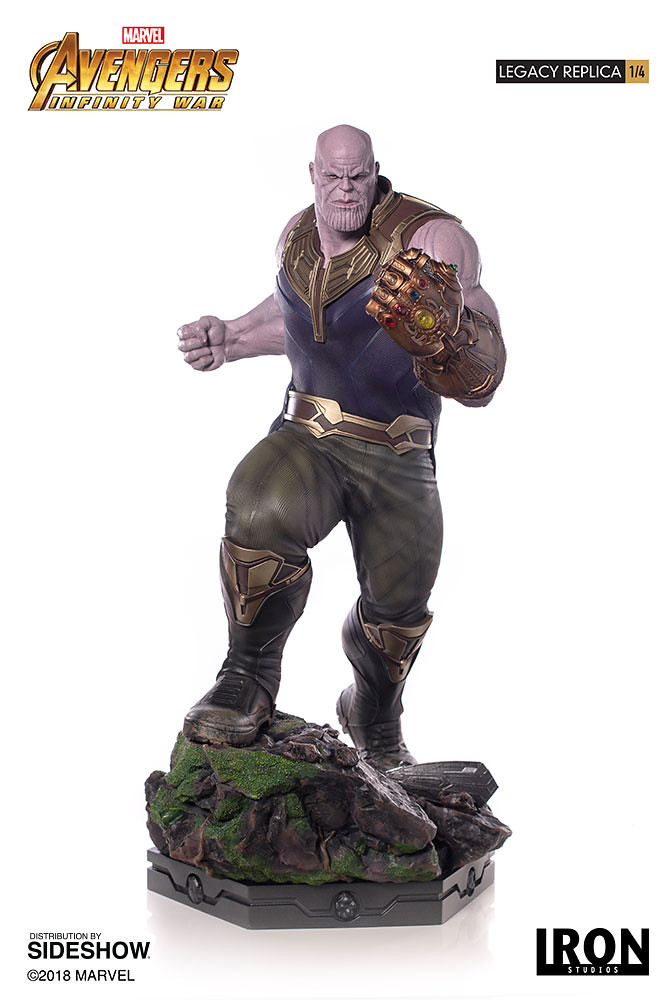 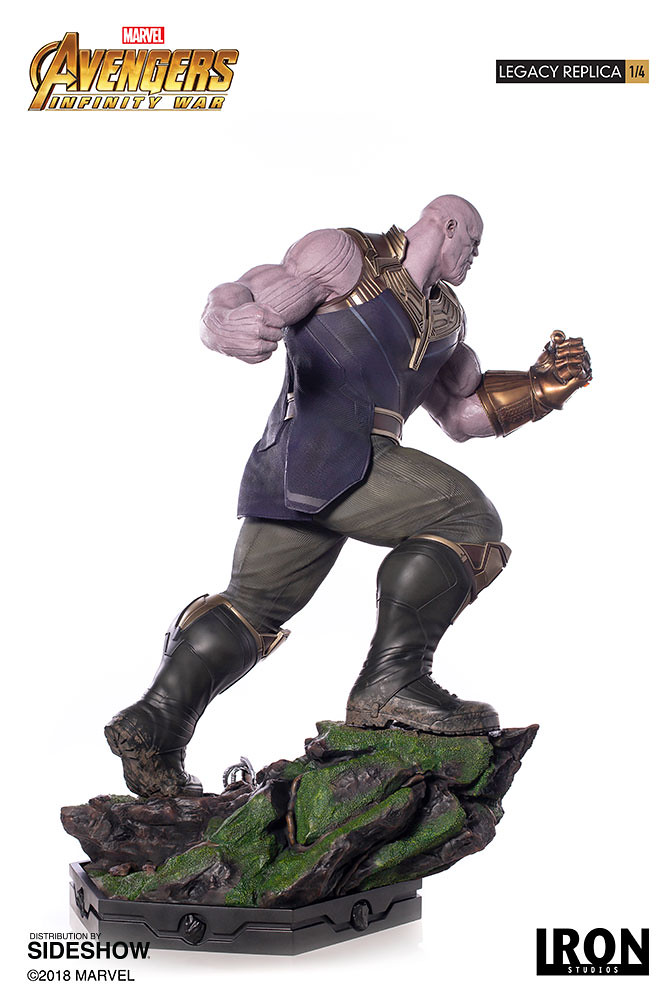 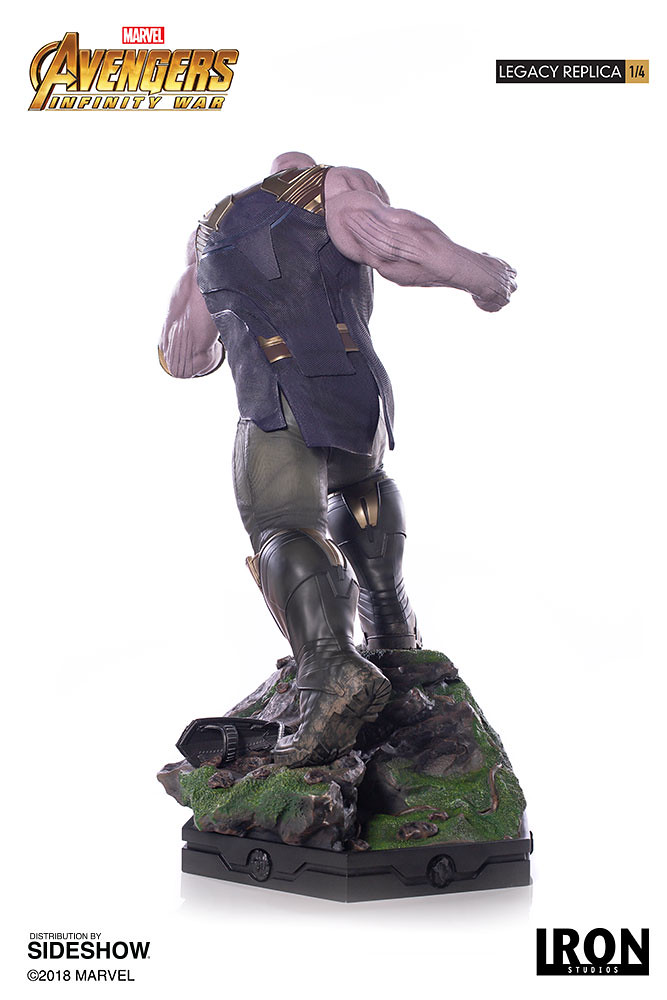 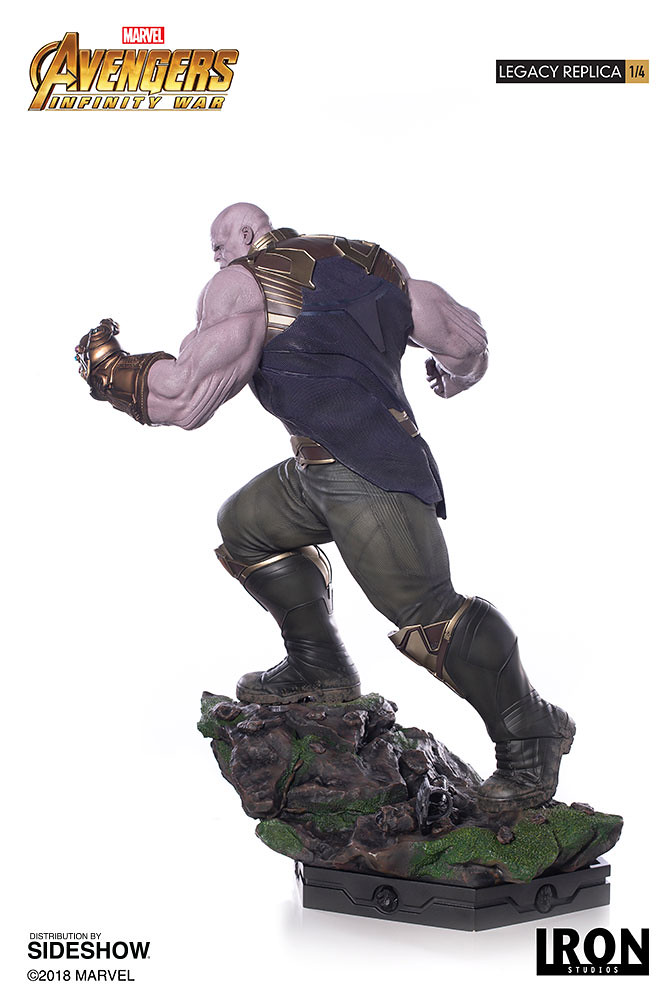