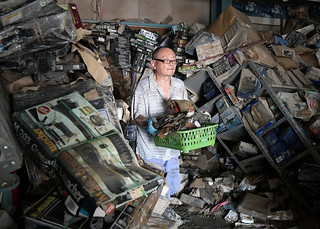 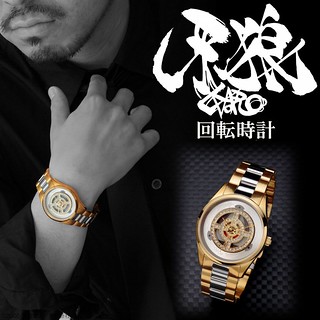 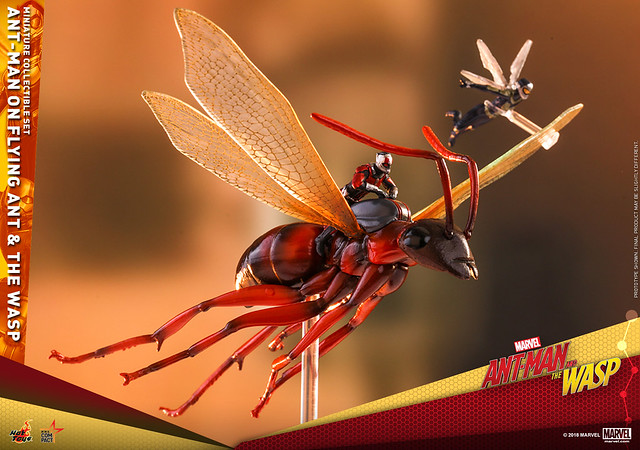 Spoiler! I'm sure for those who've seen Ant-Man and the Wasp remembers the scene when Ant-Man is calling the ants but they kept getting eaten by birds at San Francisco Bay. Which is why it really got to me when I see Ant-Man riding on an ant. 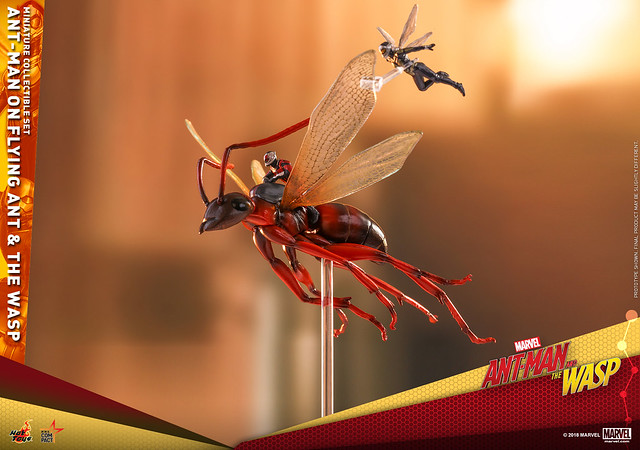 Ant-Man on Flying Ant and the Wasp Diorama displays Ant-Man on an ant while Wasp is connected by transparent stand on the tip of the Ant wing. Both suits are detailed despite the size. The ant's body, antenna, and six thin, long legs are all colored gradient making it lifelike, with the wings accurate as well. The stand also has Ant-Man and the Wasp logo printed on it. For those who aren't afraid of bugs come to get the best ride this summer! 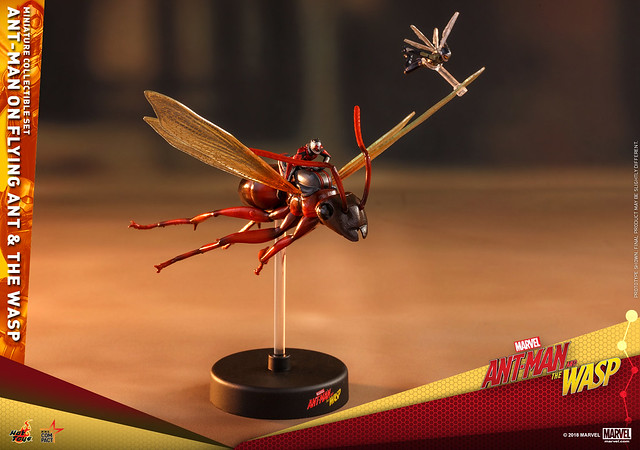 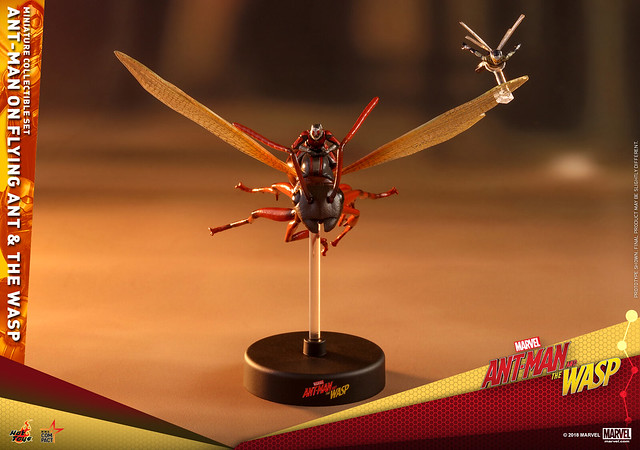