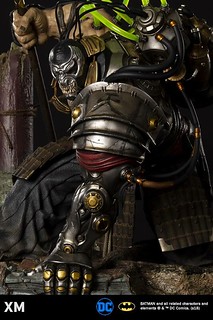 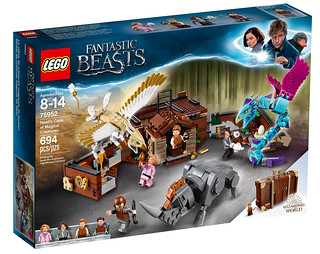 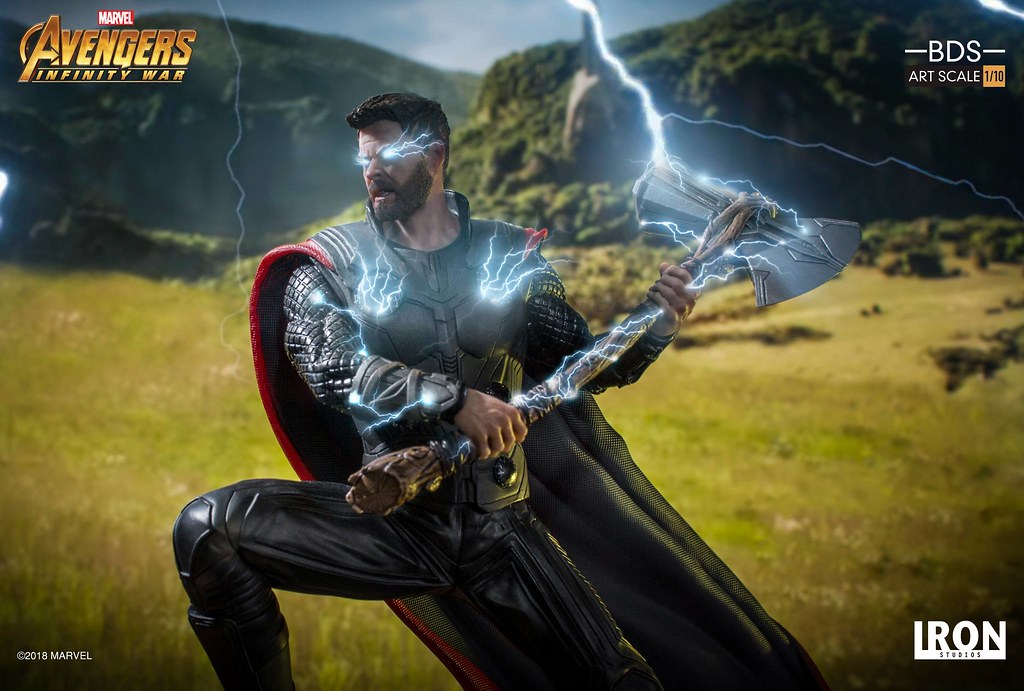 Having lost an eye, his hammer Mjolnir and both parents, Thor finds himself in a rough place as Thanos strangles his brother Loki to death at the start of Avengers: Infinity War. To avenge his friends and stop Thanos' genocidal quest, Thor, along with his new friends Rabbit and Tree (Rocket Raccoon and Groot), seek out the master blacksmith Eitri in Nidavellir, where together they are able to forge Stormbreaker, a battle axe powerful enough to kill the mad titan. 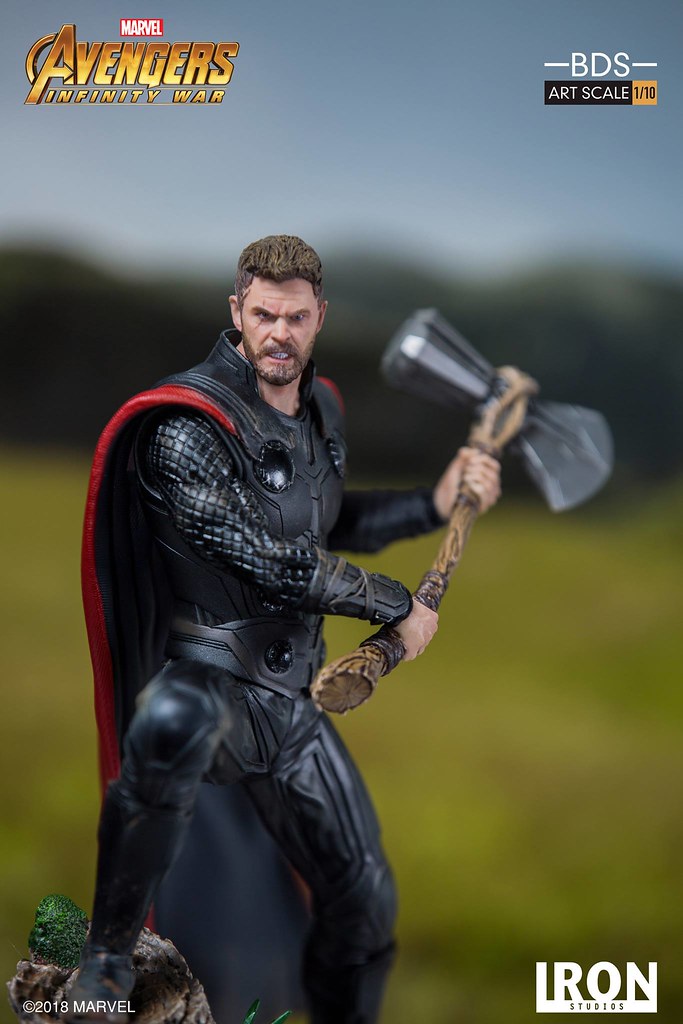 Thor BDS Art Scale 1/10 is 21 cm (8.3”) tall, depicting the God of Thunder in an aggressive attack stance with Stormbreaker in hand. Based on the film’s design files, Iron Studios has managed to capture Thor’s darker armor with mail patterns and sleek thigh armor with the ebony luster using quality production techniques. His boots are muddied for a grittier feel and that head sculpt just screams Chris Hemsworth and all his rage. Don’t forget the hyper realistic display base for higher collector value! 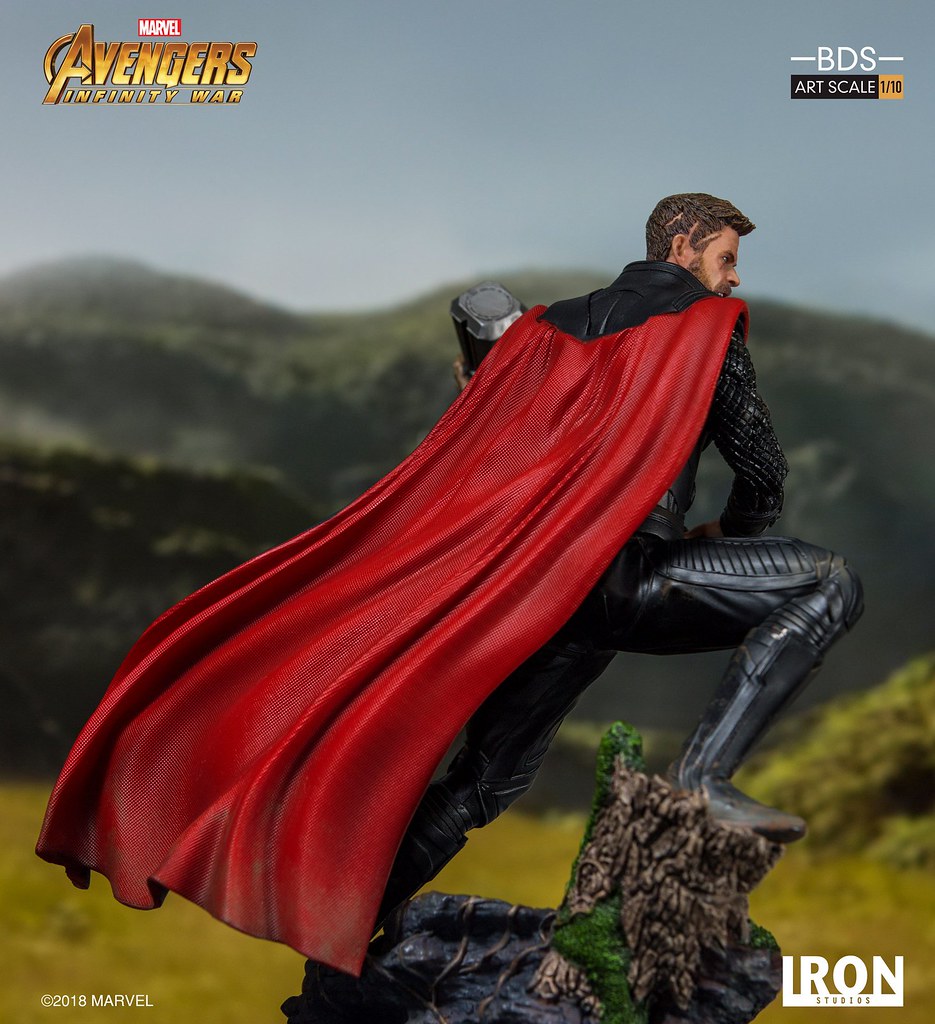 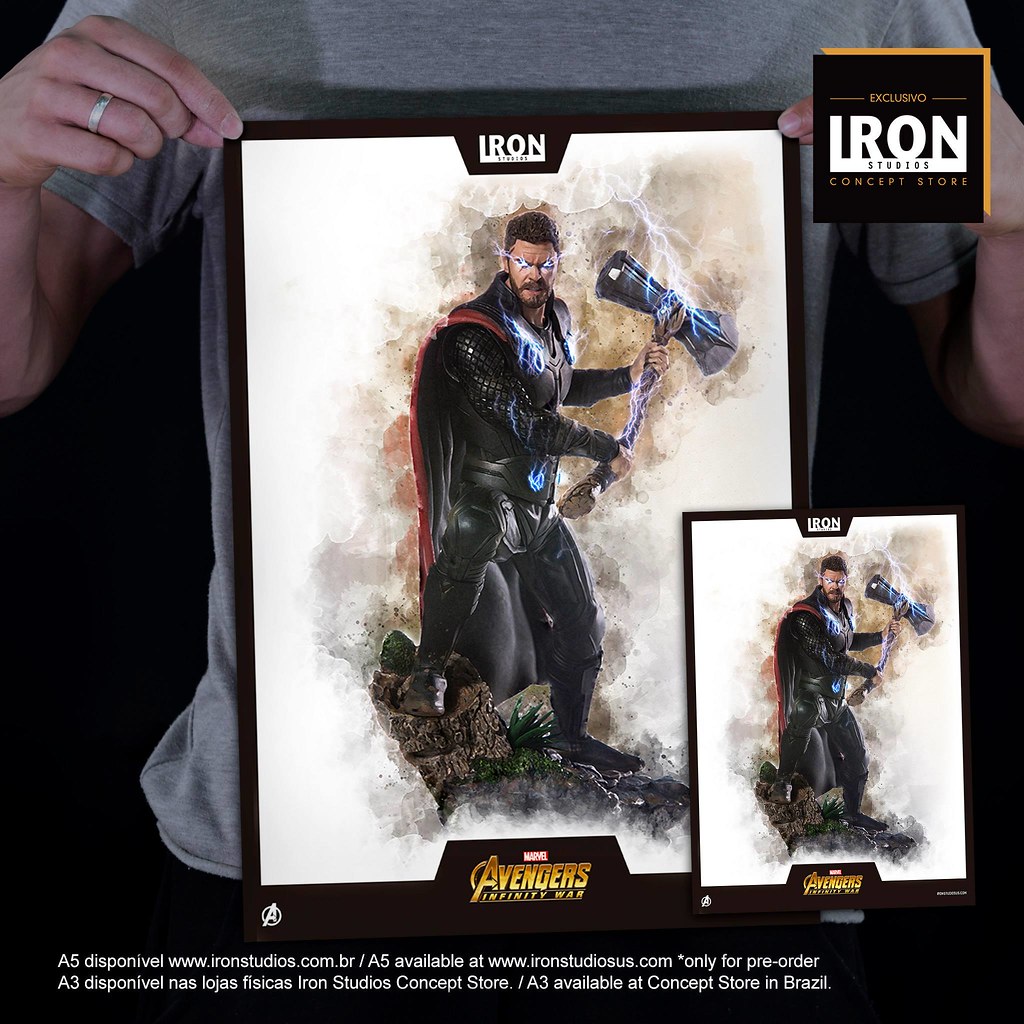 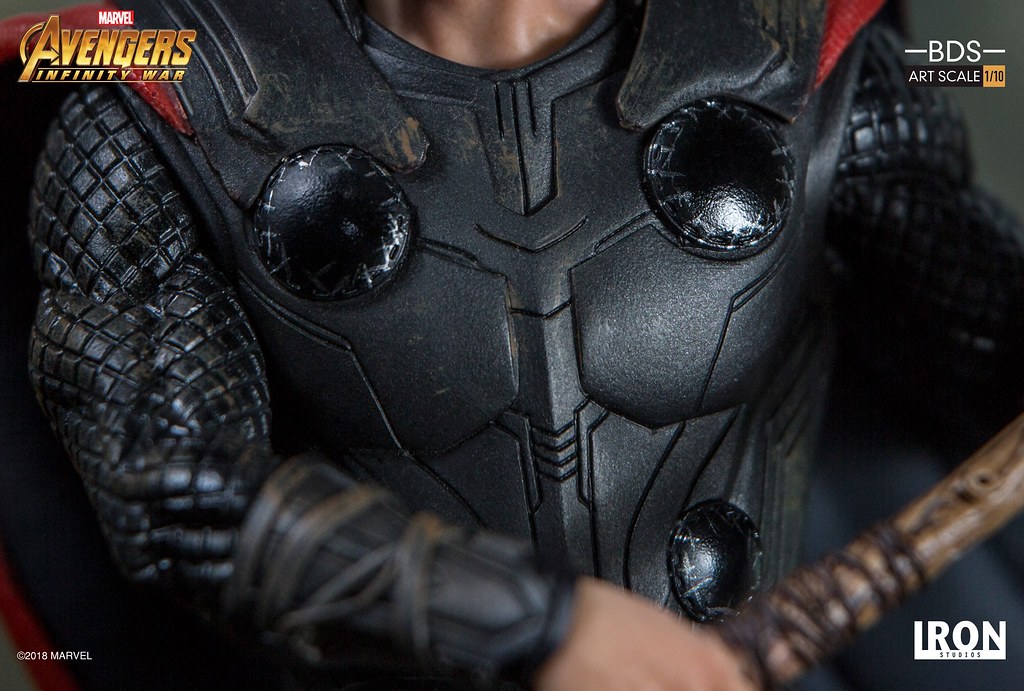 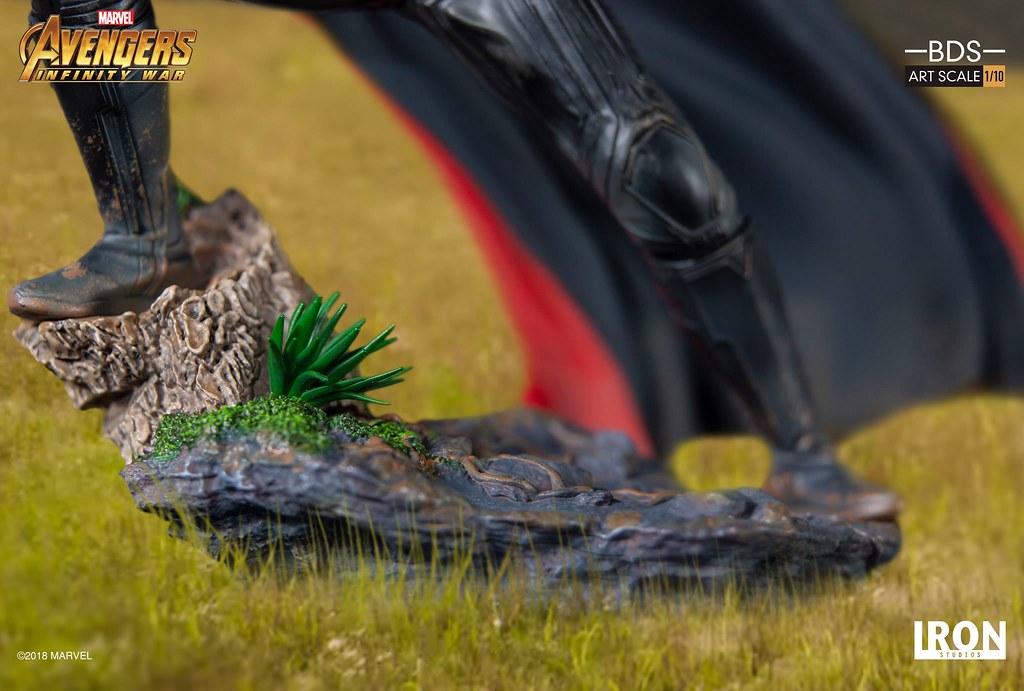 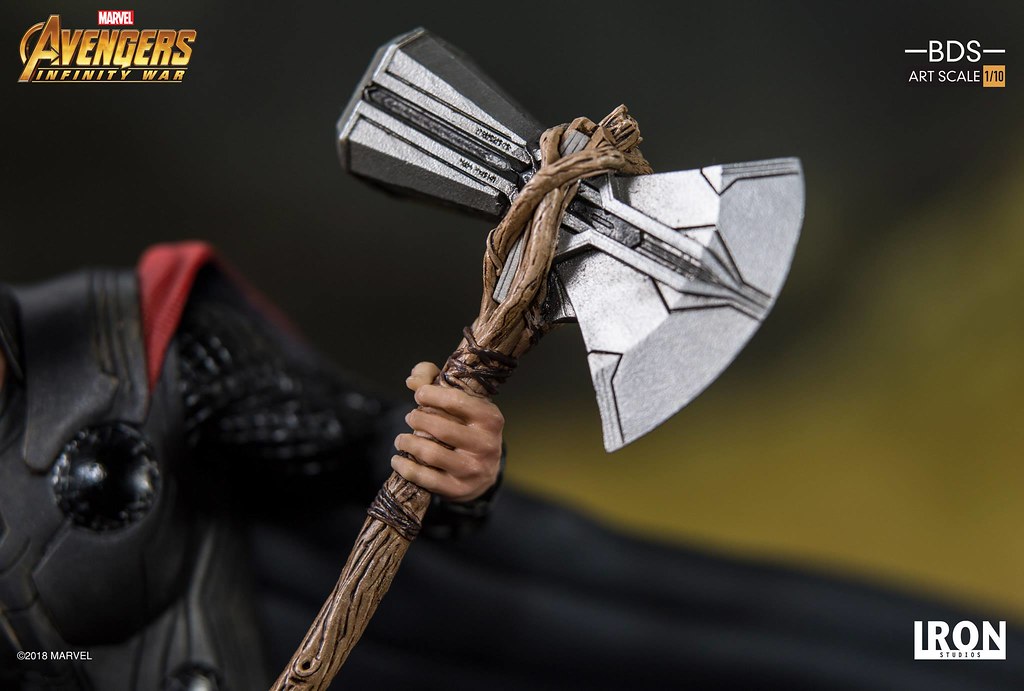 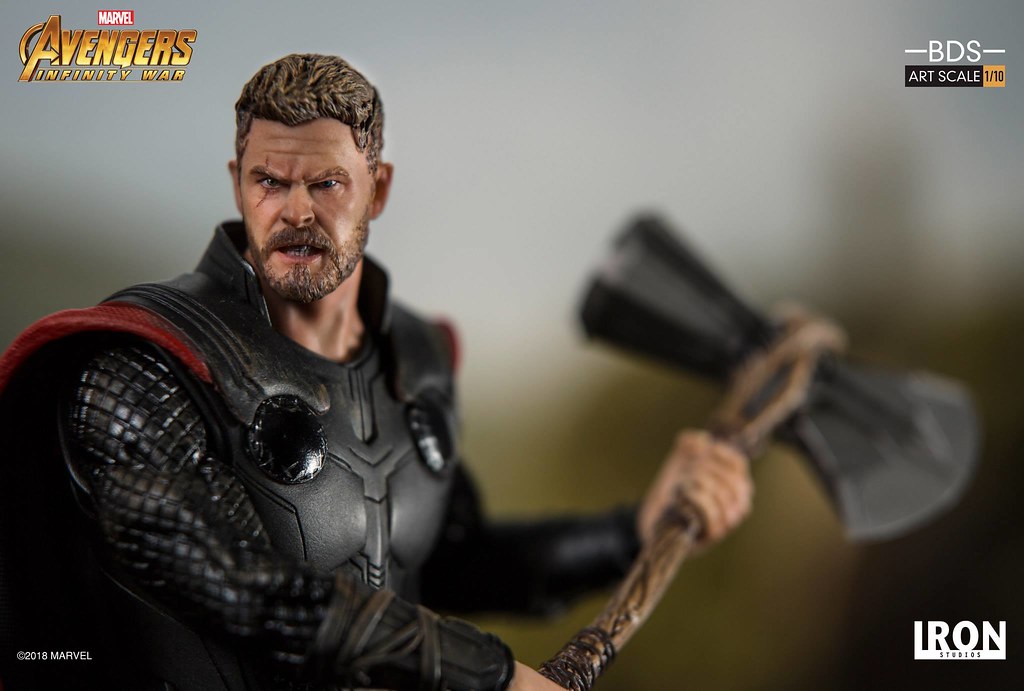 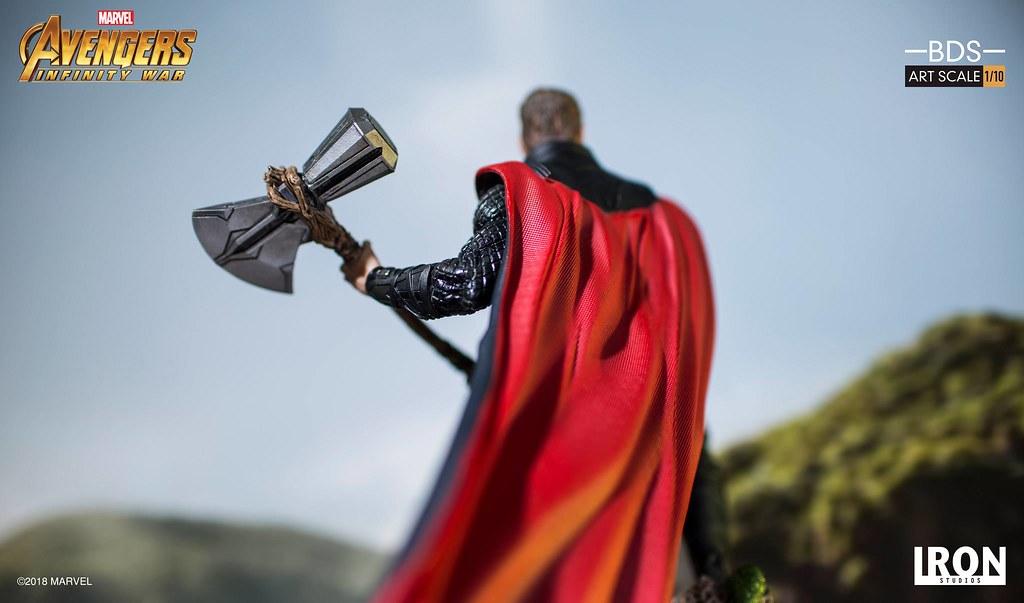 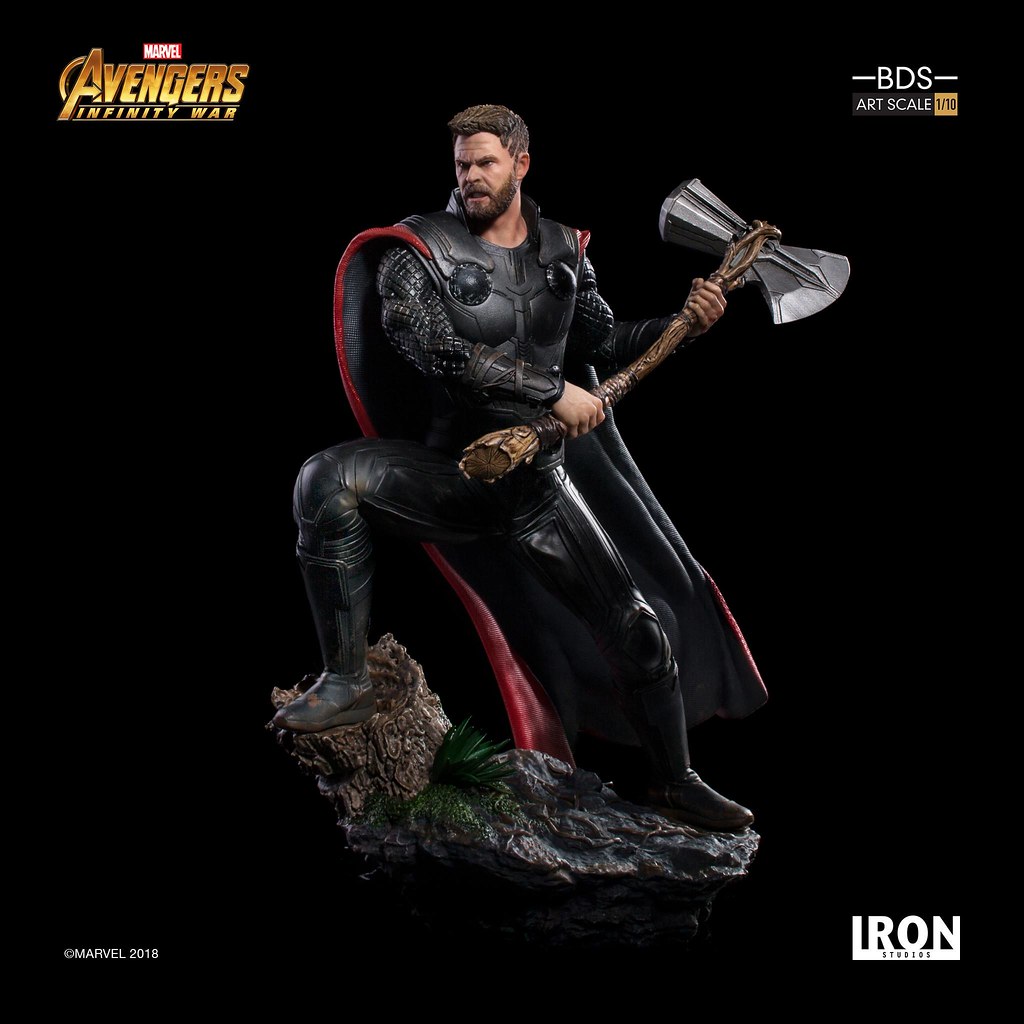 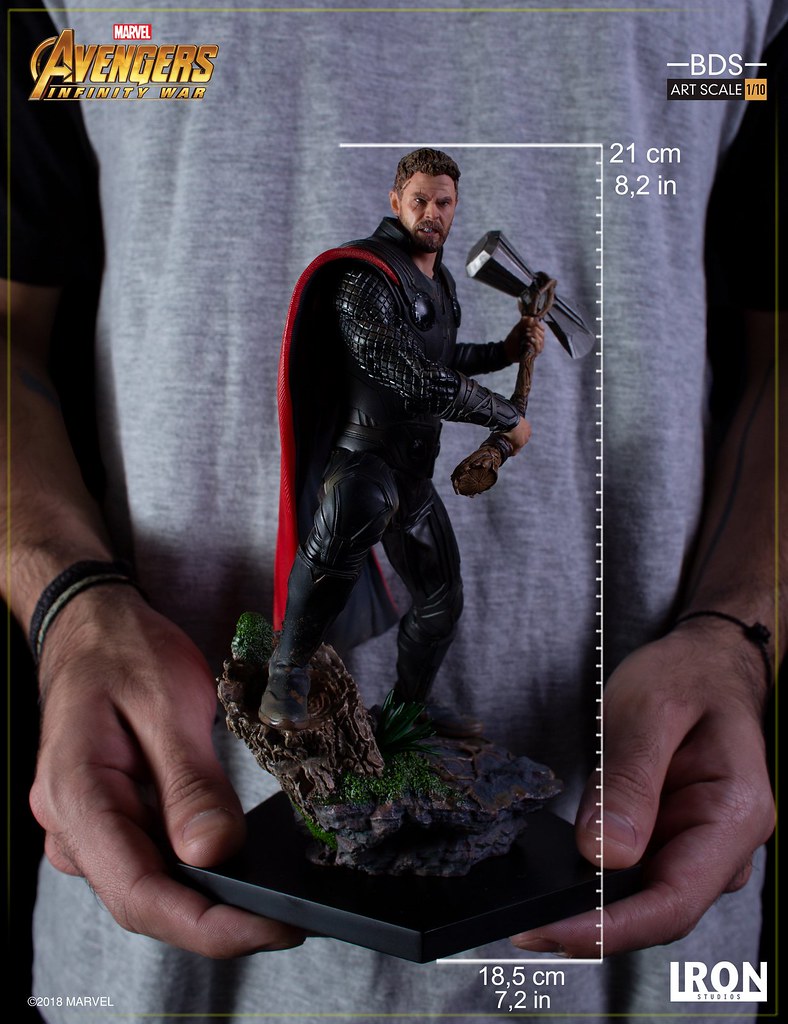 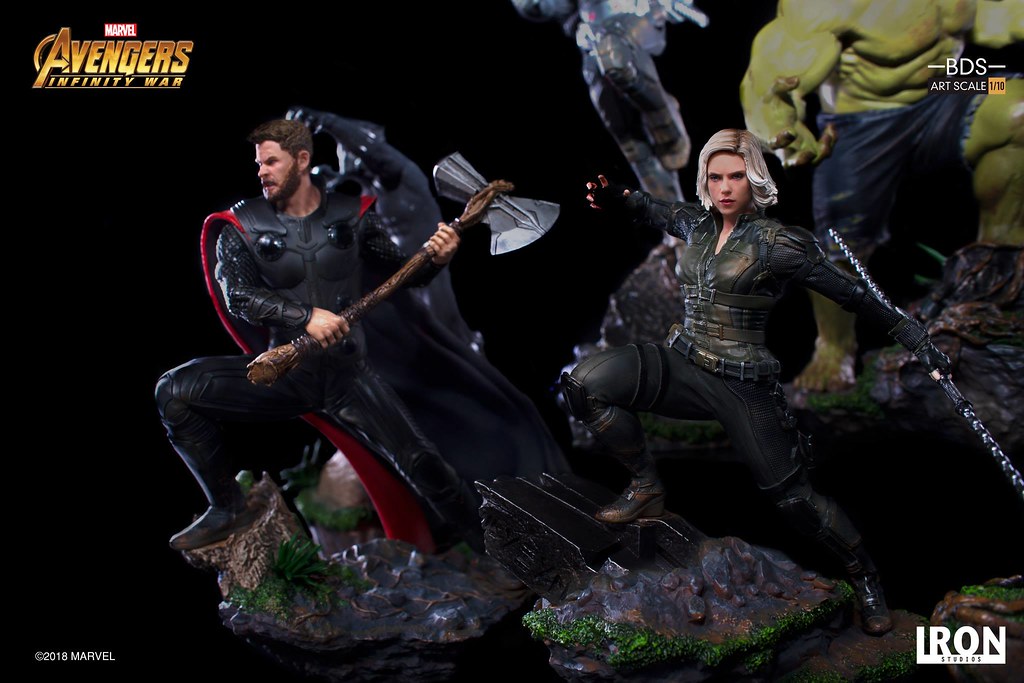 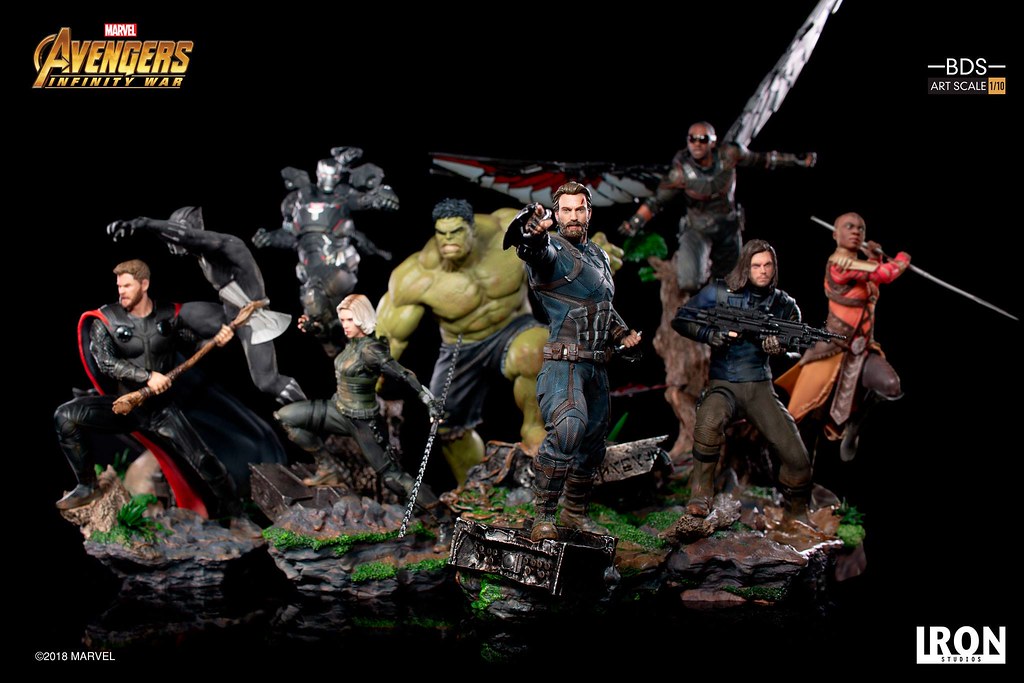 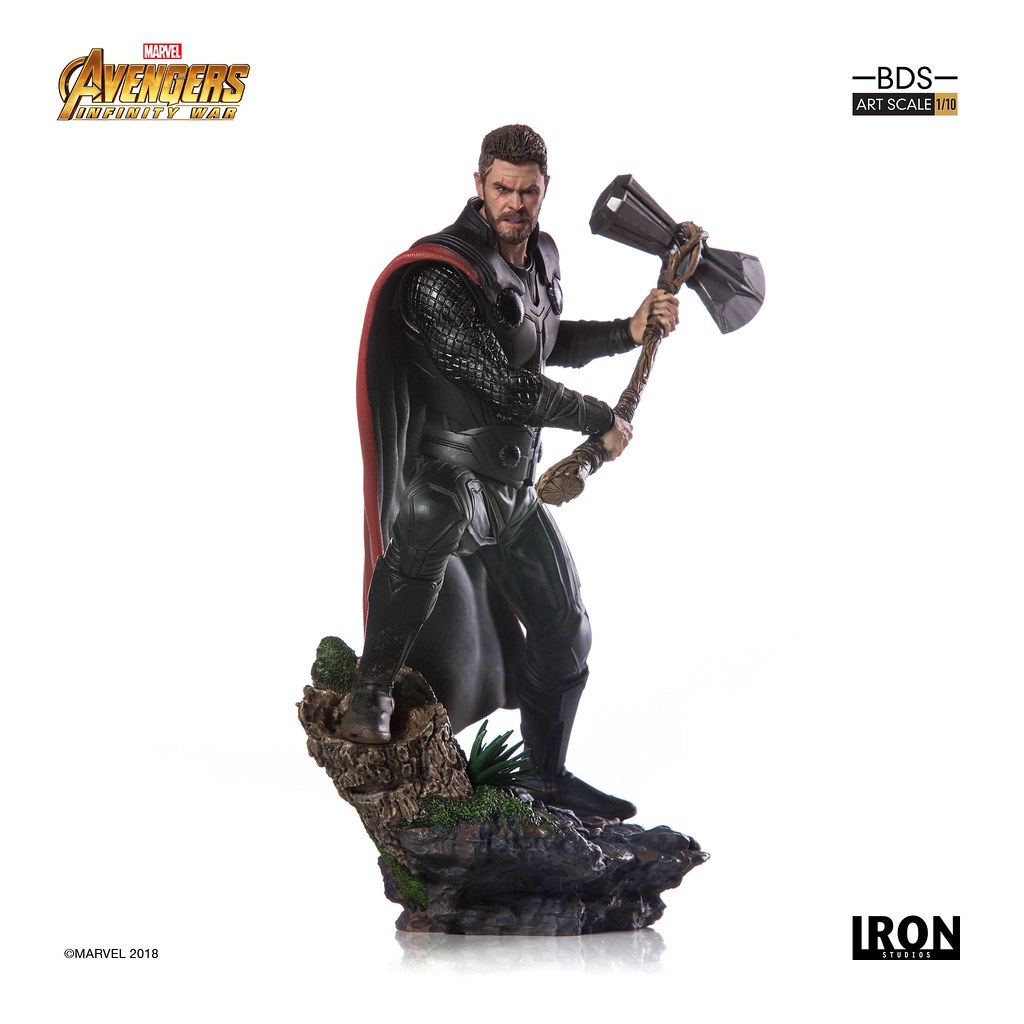 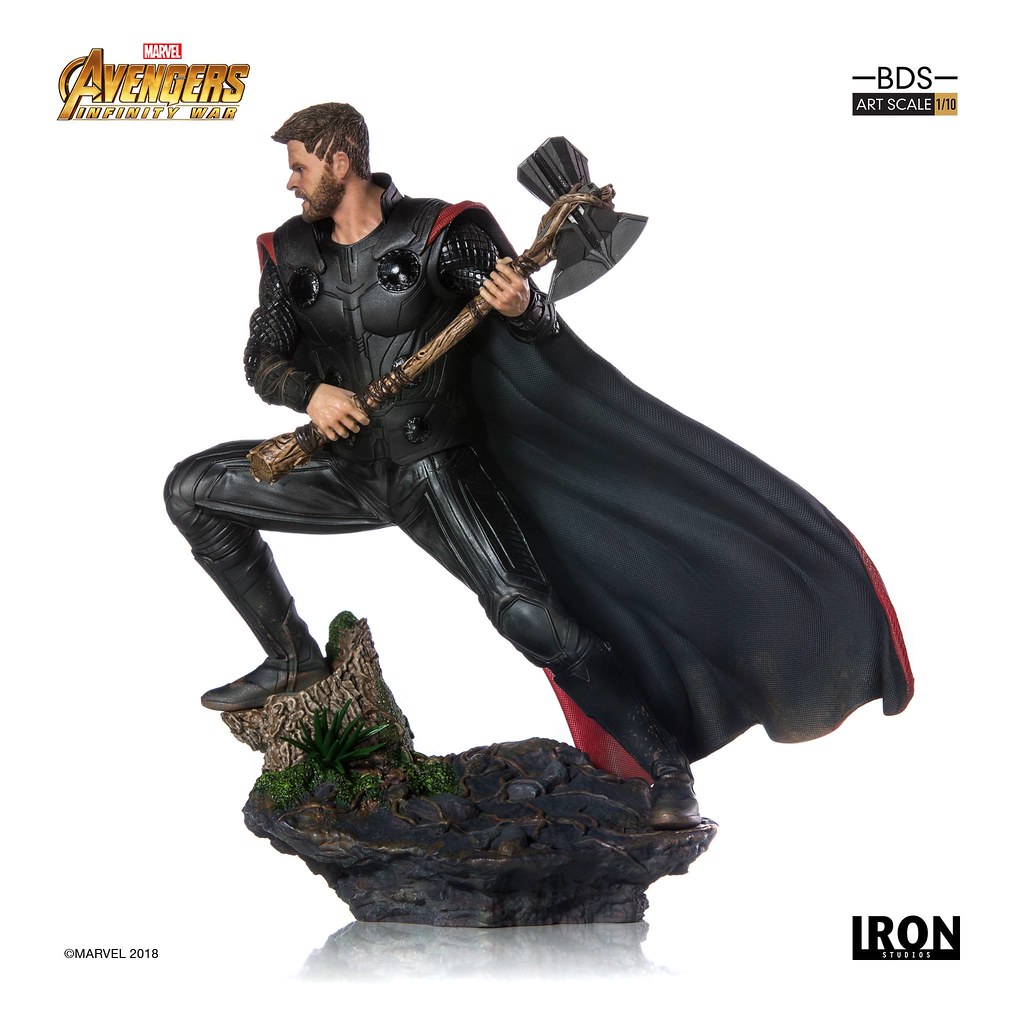 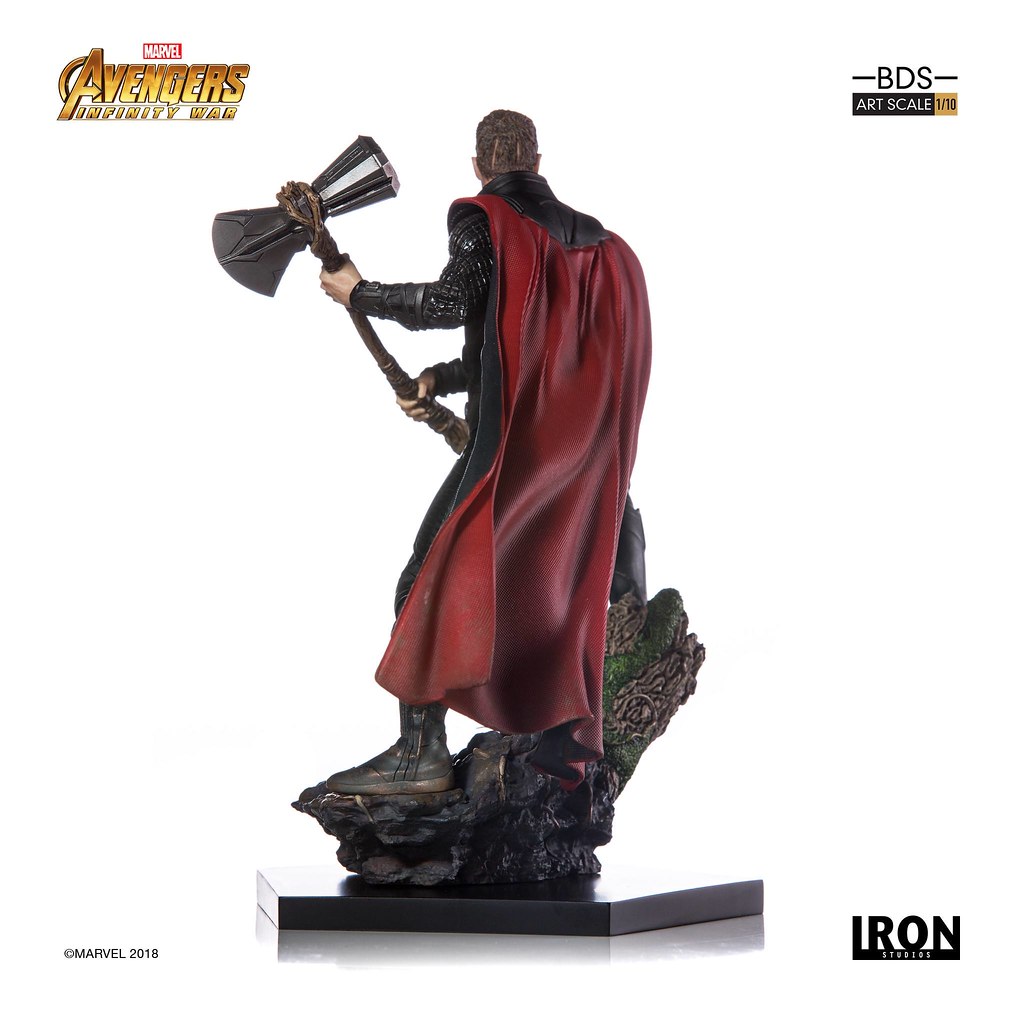 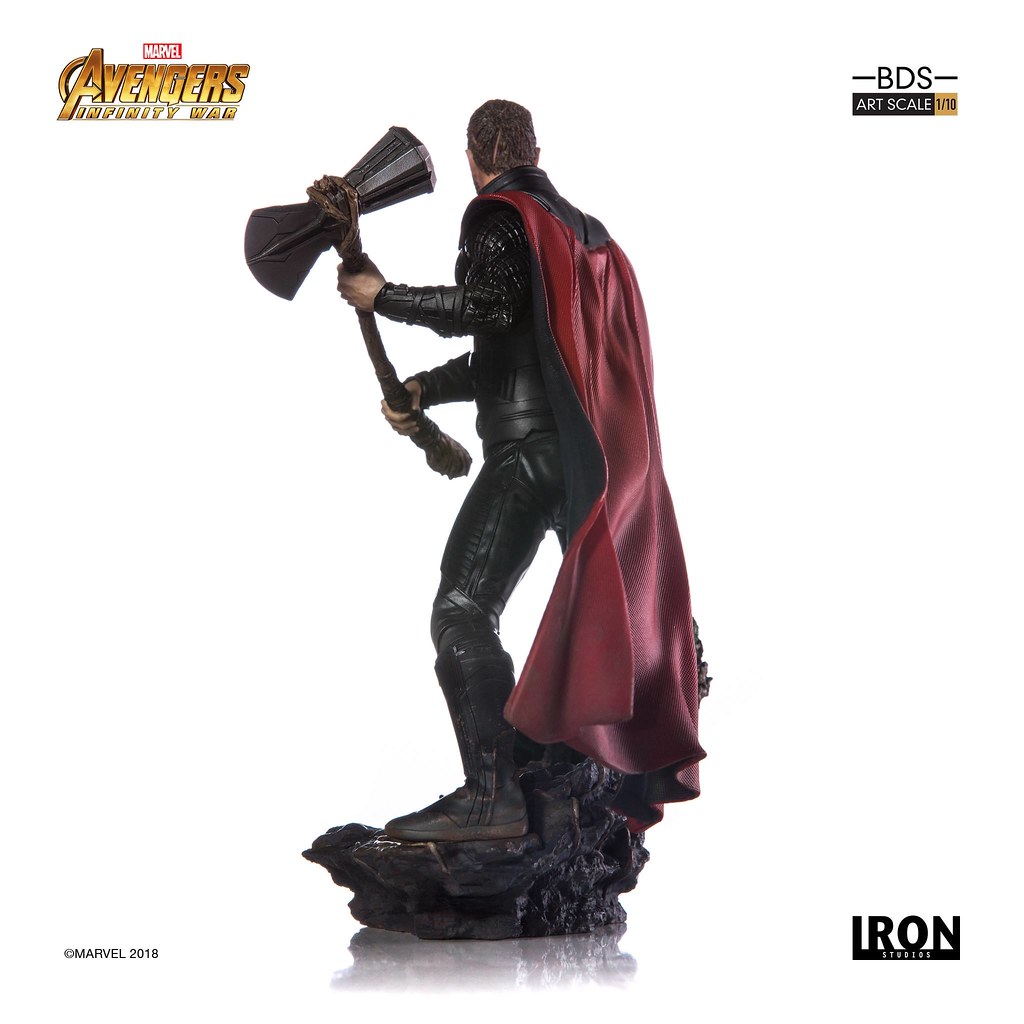 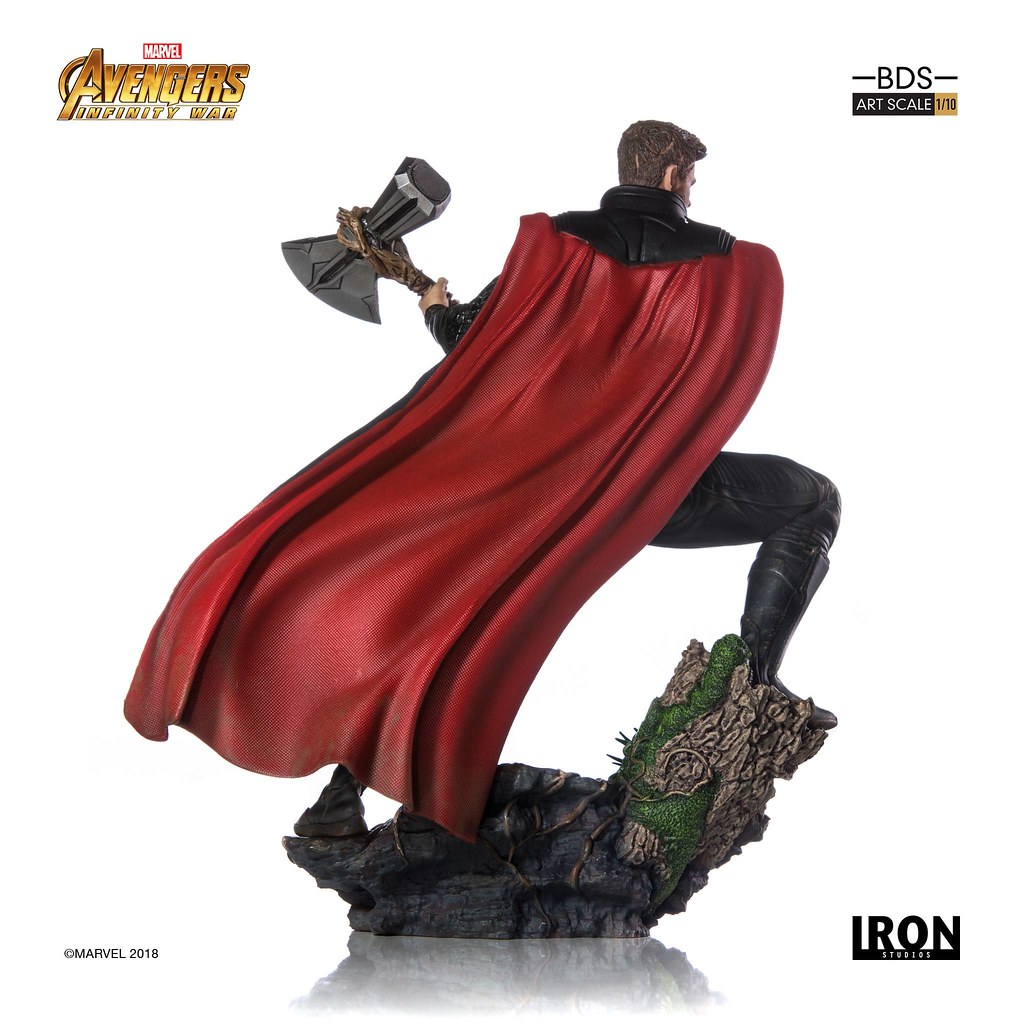 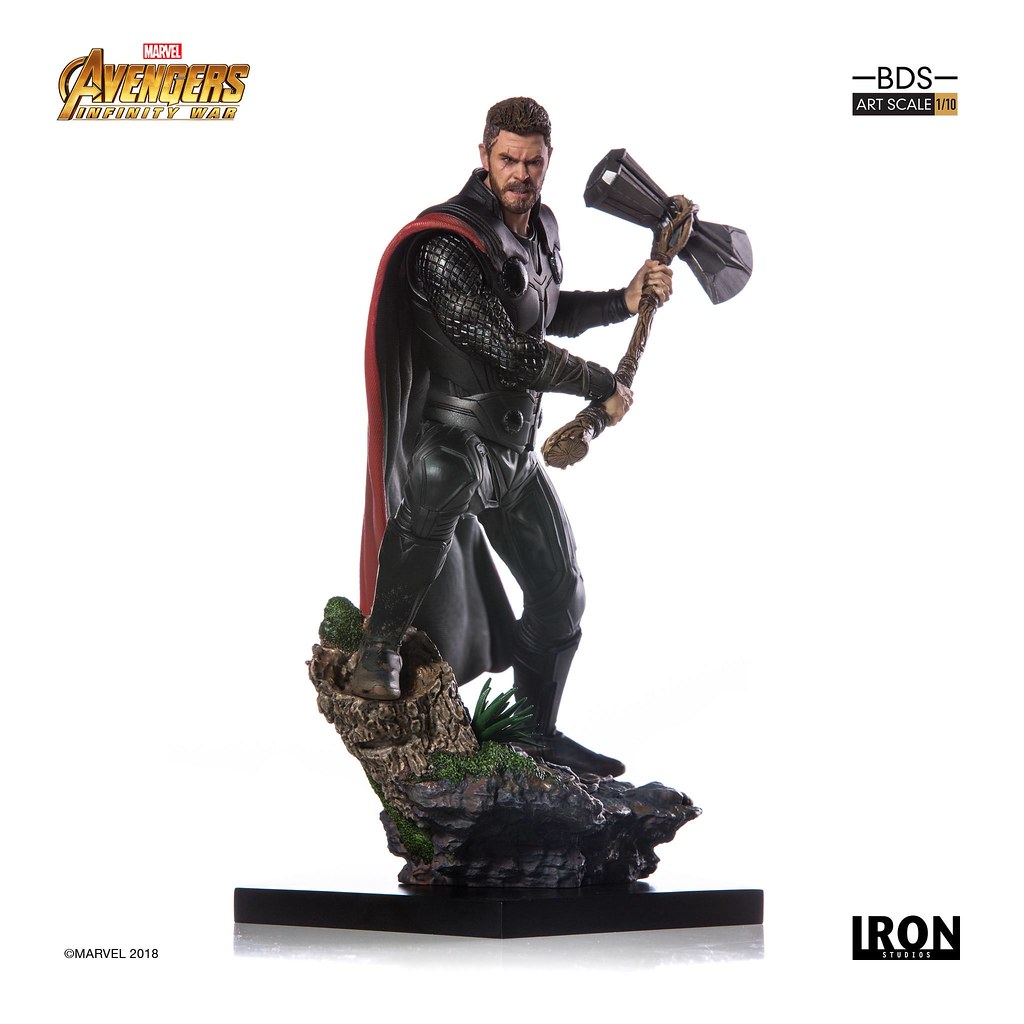