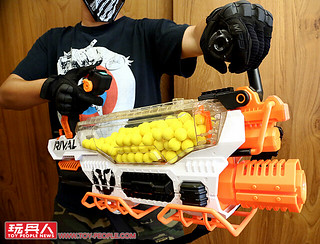 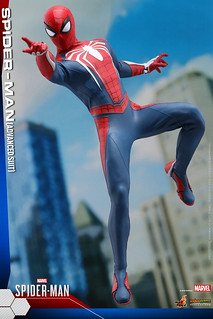 LEGO has fulfilled wishes and doomed wallets everywhere with the much-anticipated LEGO 71043 Hogwarts Castle from Harry Potter, set to release September 1 for $399.99!

▼ The Hogwarts Castle lit under the moonlight... Just the packaging is enough to blow you away! 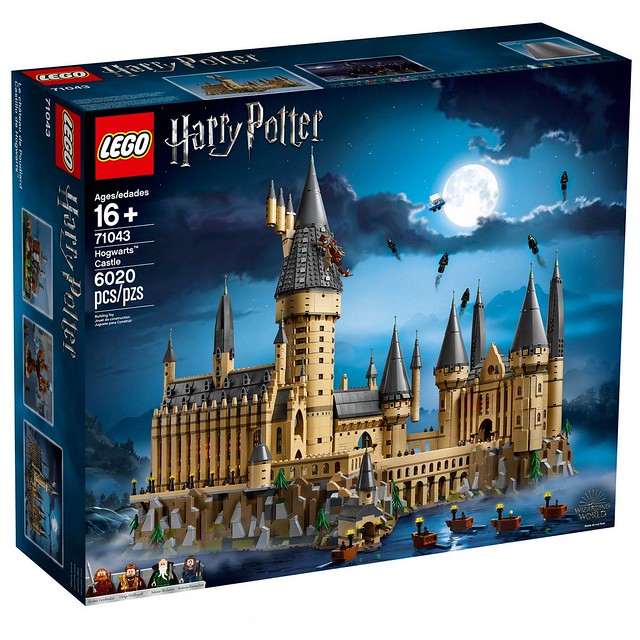 At 6020 piece, this set has the second highest piece count in LEGO history (first place belongs to LEGO 75192 UCS Millennium Falcon) and comes to a massive 22" x 27" x 16" (58cm x 69cm x 43cm)! One one side you have the full rendition of the Hogwarts Castle exterior, and on the other side are the classic castle rooms and locations from the films. Note that this set is built in microscale, featuring 27 microfigures in total for you to play and arrange. But don't worry, there is a bonus treat for minifigure collectors as well, as the set includes the four minifigures of the founders of Hogwarts: Godric Gryffindor, Helga Hufflepuff, Salazar Slytherin and Rowena Ravenclaw!

▼ The back of the box displays the castle's interior, featuring some of the most iconic locations such as the Great Hall, the Chamber of Secrets and more! 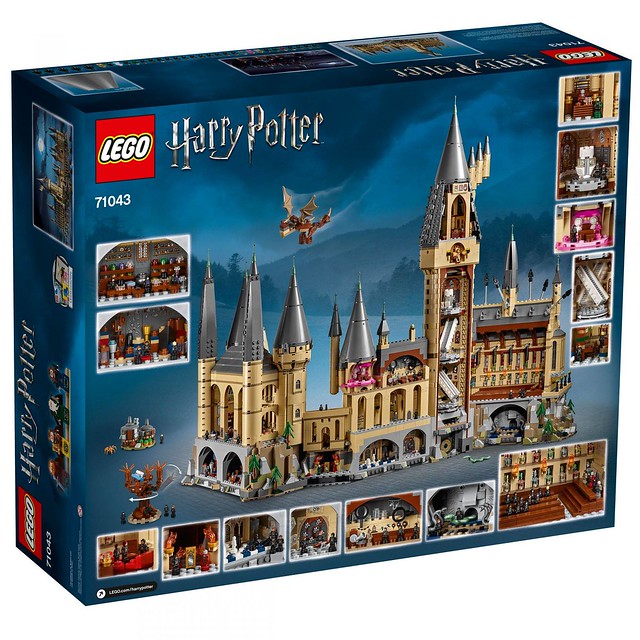 The set has accurately captured the iconic towers and arches of the castle as well as the rocky cliff on which Hogwarts stands! The designers have made sure to replicate the windows and bridges for an absolute LEGO visual feast. No doubt this set will make for a mighty magical disp;ay in any home, provided that you have the space for it...XD

▼ 24 microfigures are shown here, the rest are for you to find! 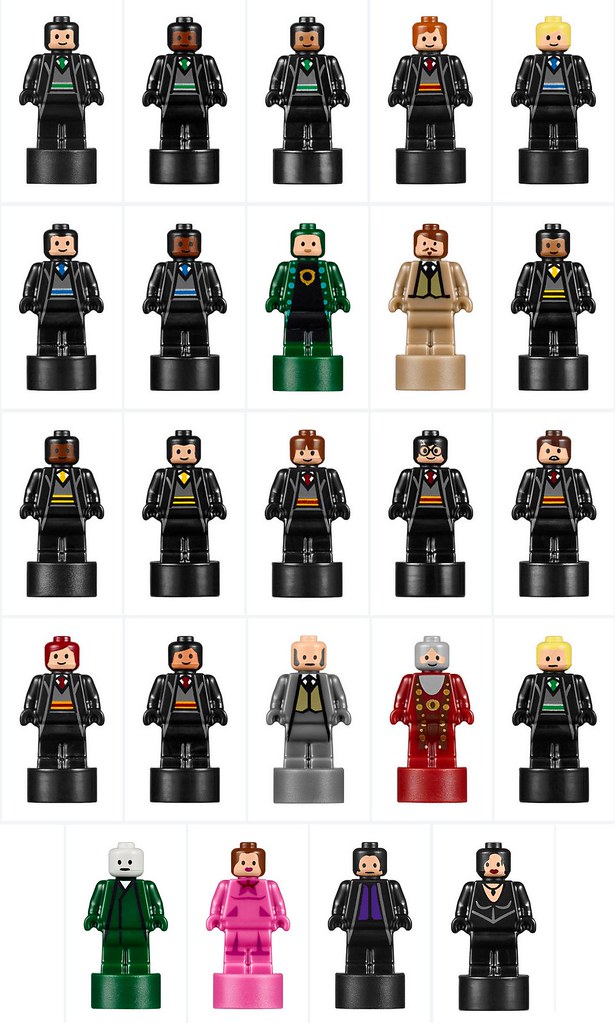 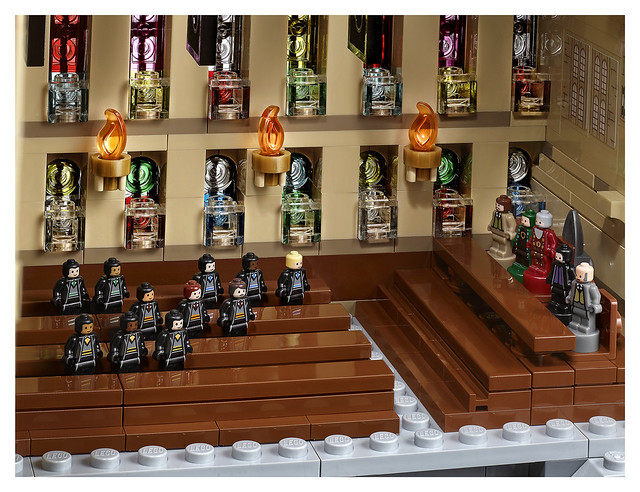 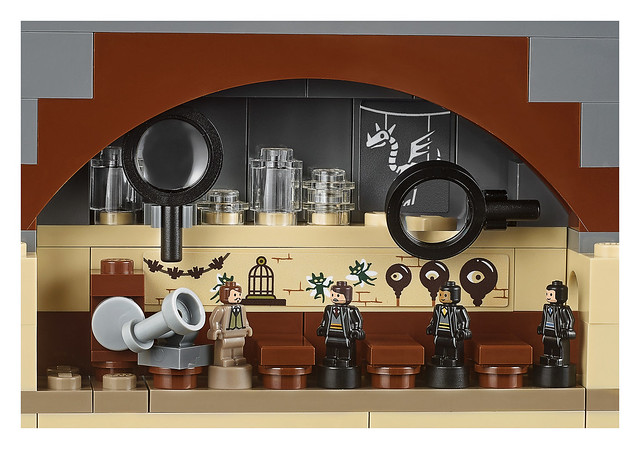 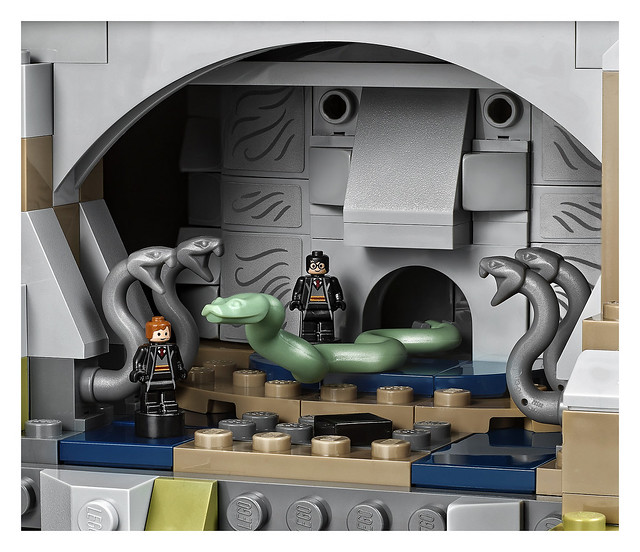 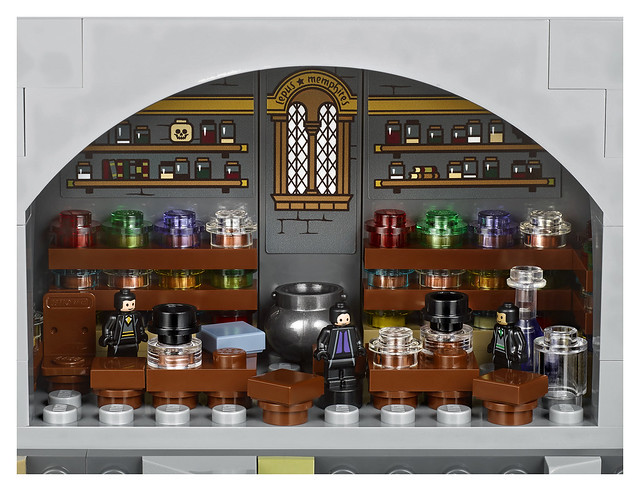 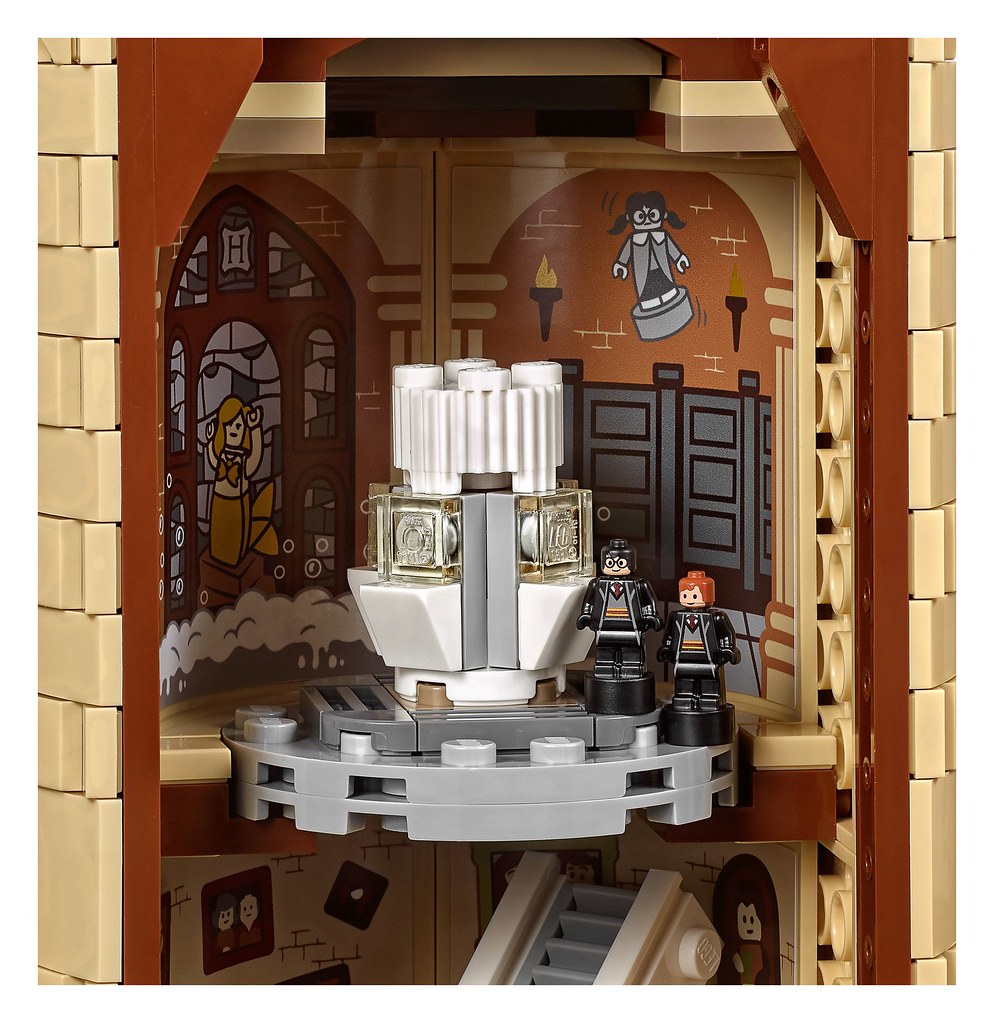 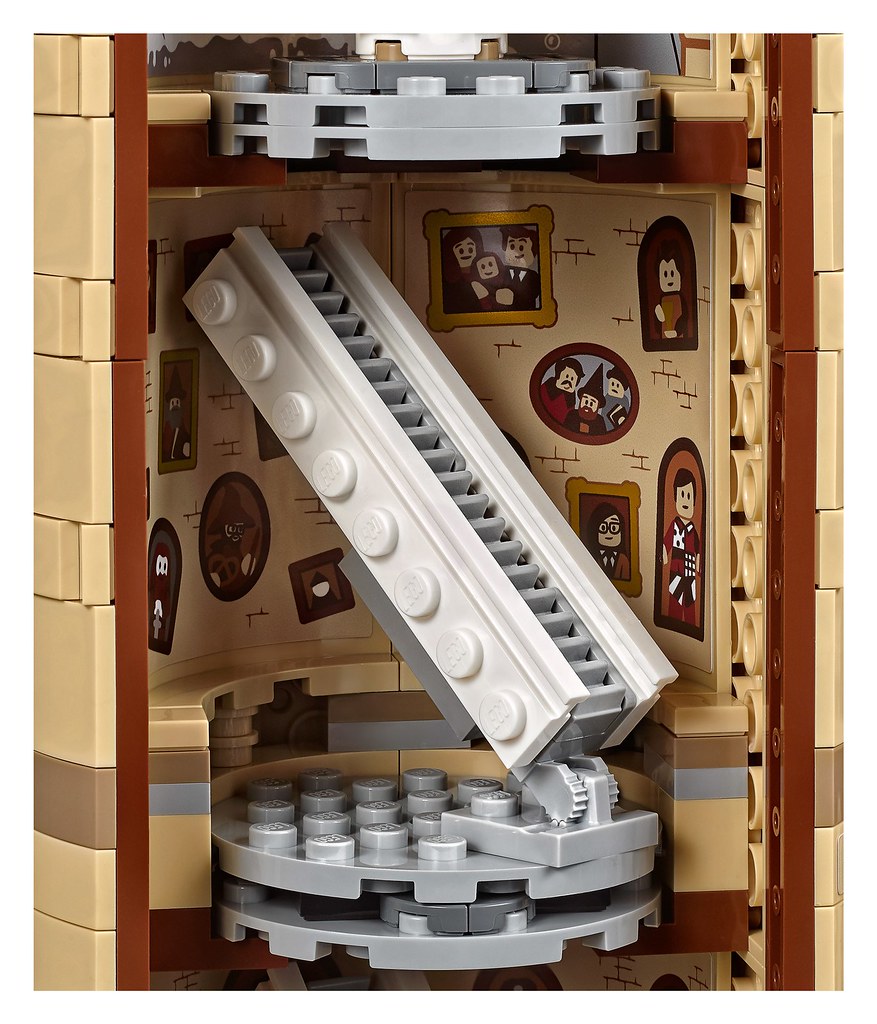 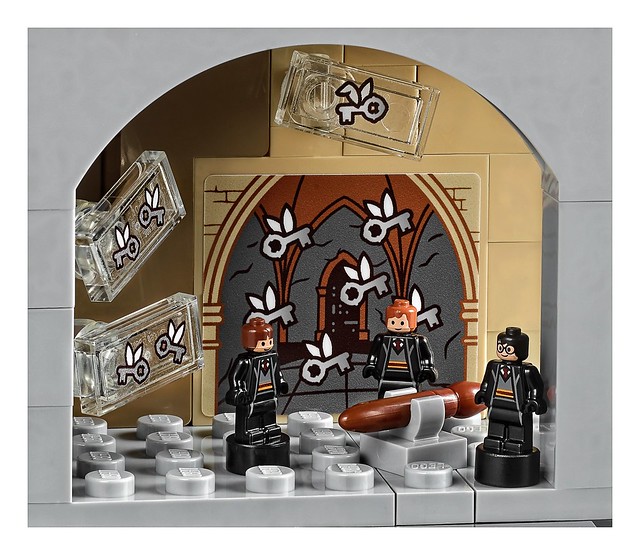 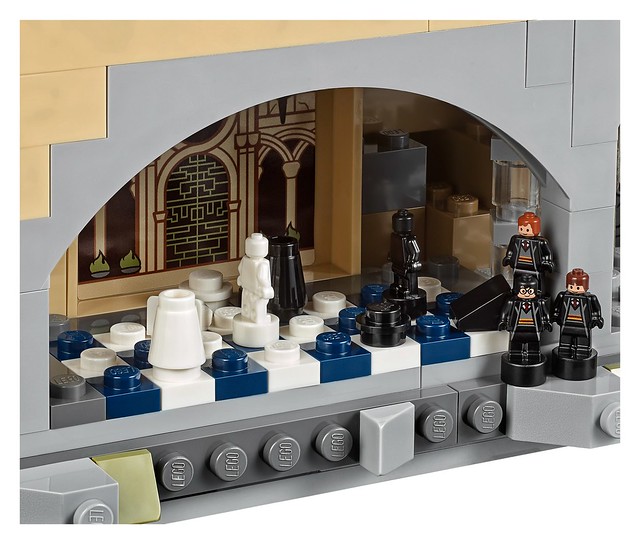 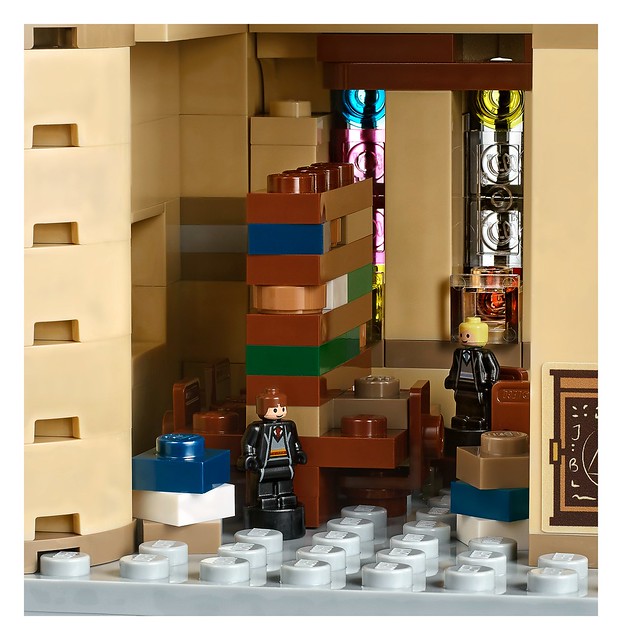 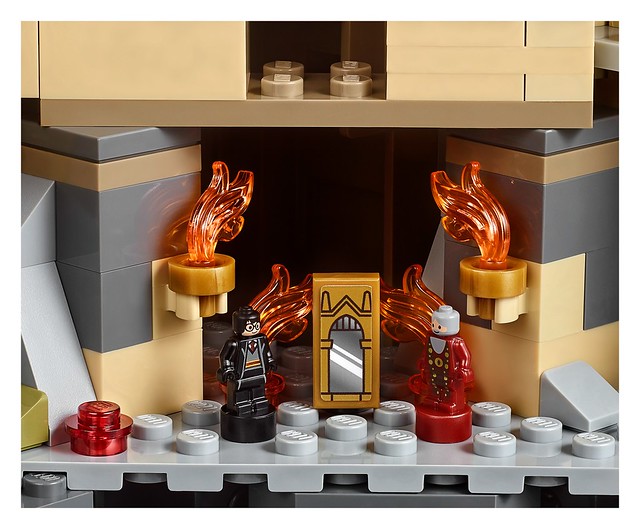 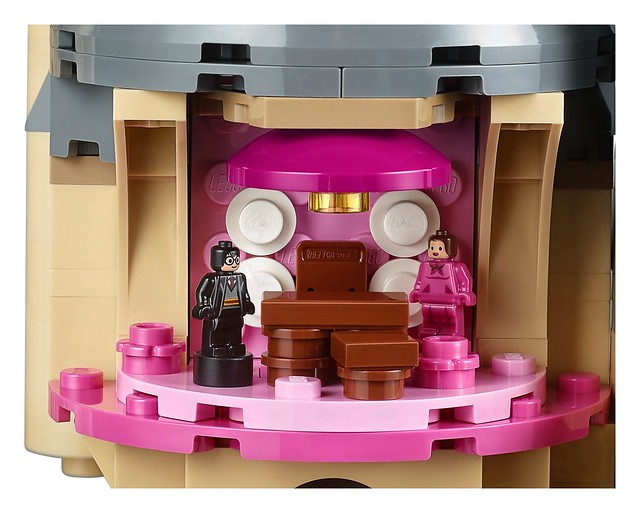 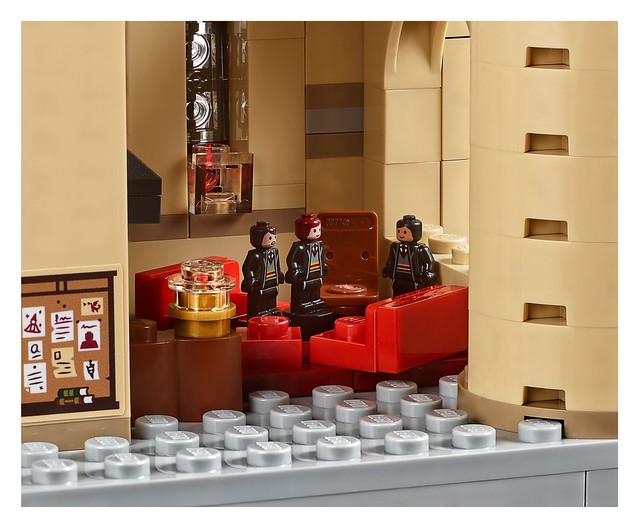 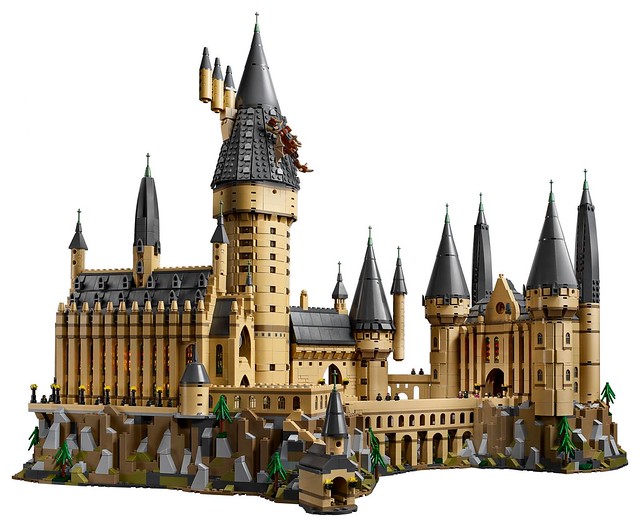 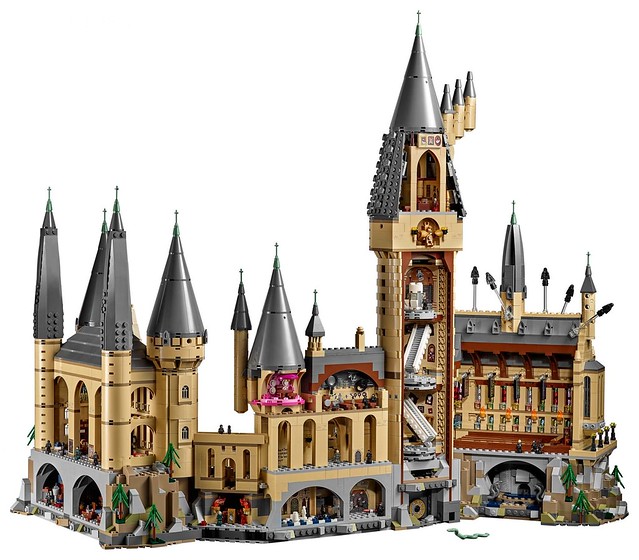 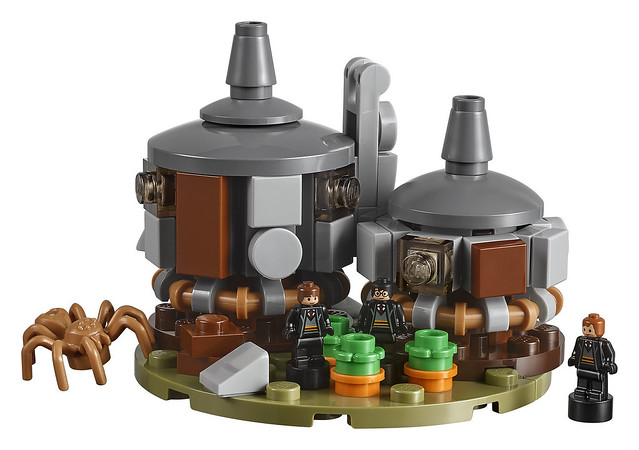 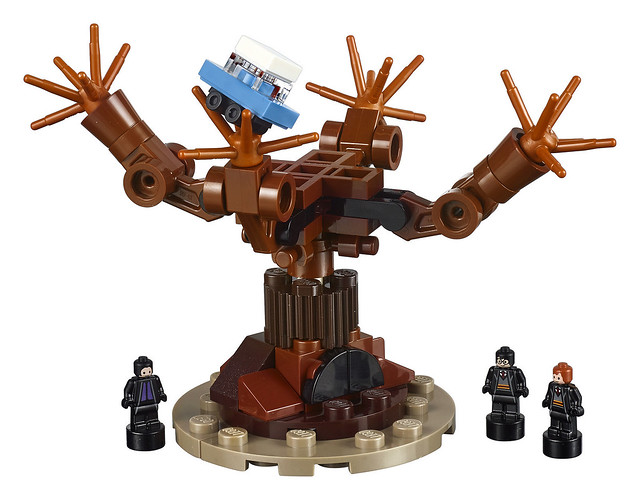