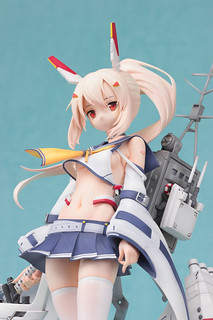 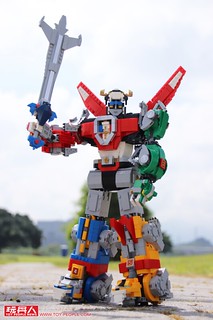 Kotobukiya has officially unveiled the newest product from the hit mobile game Azur Lane, it is the winless Africa commander herself, Akagi! The 1/7th scale statue is currently slated for December 2018 release. 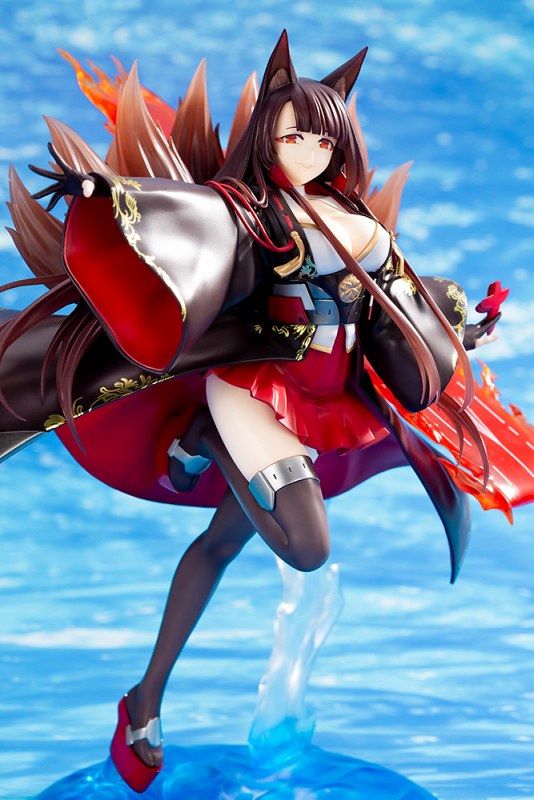 The Sakura Empire aircraft carrier Akagi is based on the Akagi aircraft carrier in the old Imperial Japanese Navy. In the game, Akagi is a Yandere resembling a nine-tailed fox, sporting a short red skirt and black kimono. She appears devoted at first, full of love for the commander, but behind all that affection is an intense desire for control. Acquiring Akagi is no easy feat, even a daily act of random kindness may not be enough… 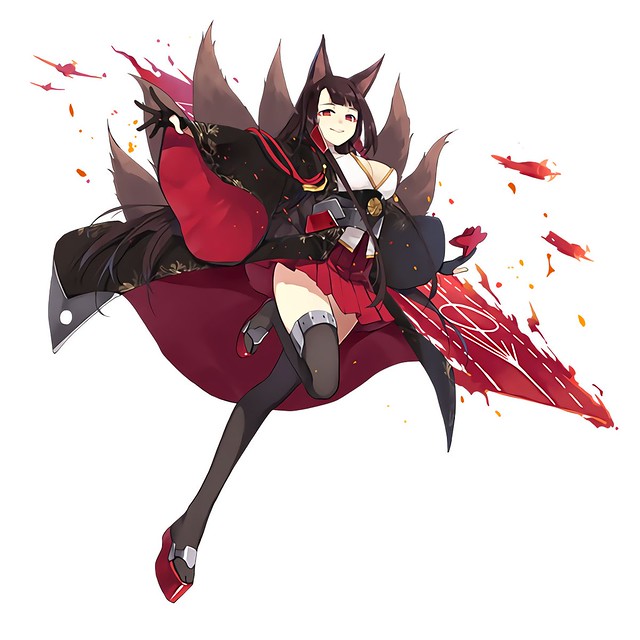 Kotobukiya’s Akagi is inspired by her basic art design as she leaps into the air. Her kimono is adorned with golden patterns, her fluttering hair and tails are made from a translucent material for a more delicate gradient and luster. The burning deck and ocean design display base are made with translucent materials as well. 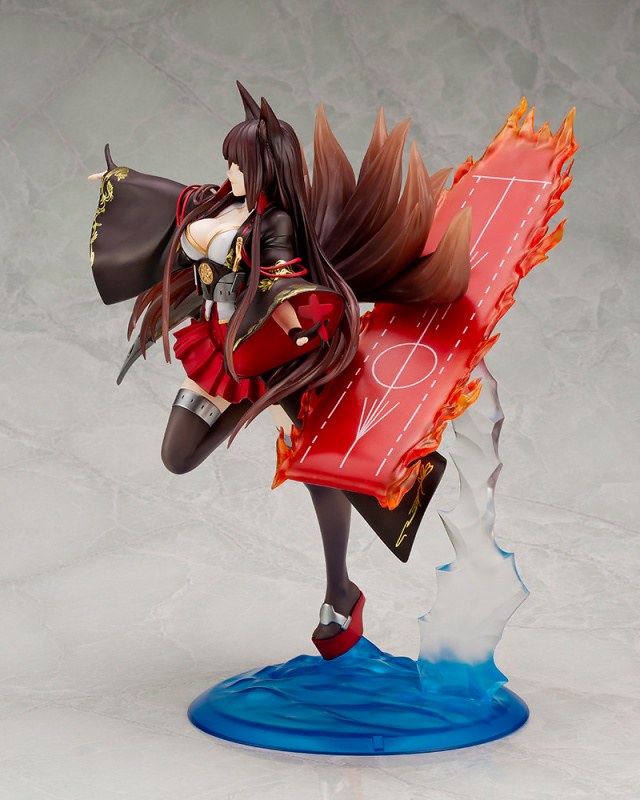 ▼ Purchase from the Official KOTOBUKIYA SHOP to receive an special face portrait! 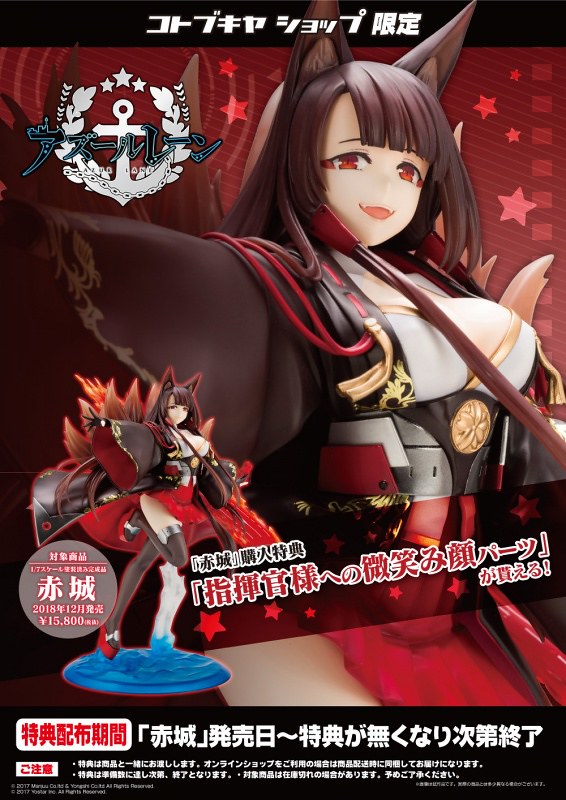 Developed by Shanghai Manjuu and Xiamen Yongshi, Azur Lane first launched on May 25, 2017 to critical acclaim and has since spread to Japan and South Korea. The shoot em’ up mobile game is set on a planet with 71% of its surface covered in water, where those with skill and ambition roam and dominate the seas, until one day when the alien Sirens emerged. Humanity formed the military alliance Azur Lane to oppose the Sirens, but Germany and Japan split off into the Red Axis faction as the battle for the seas wages on… 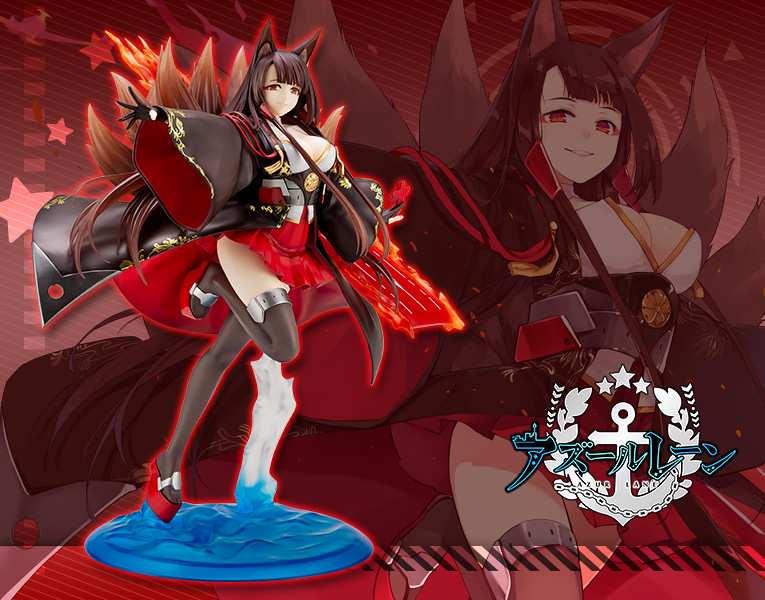 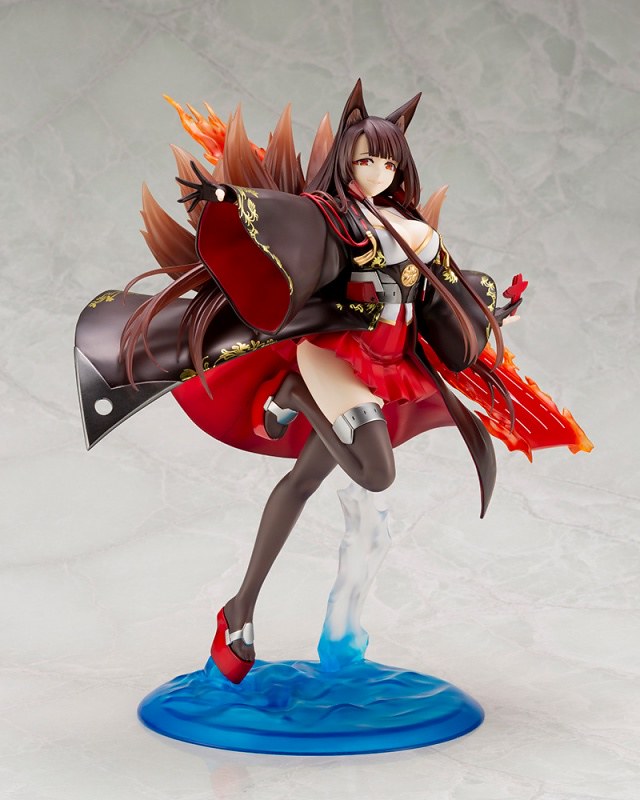 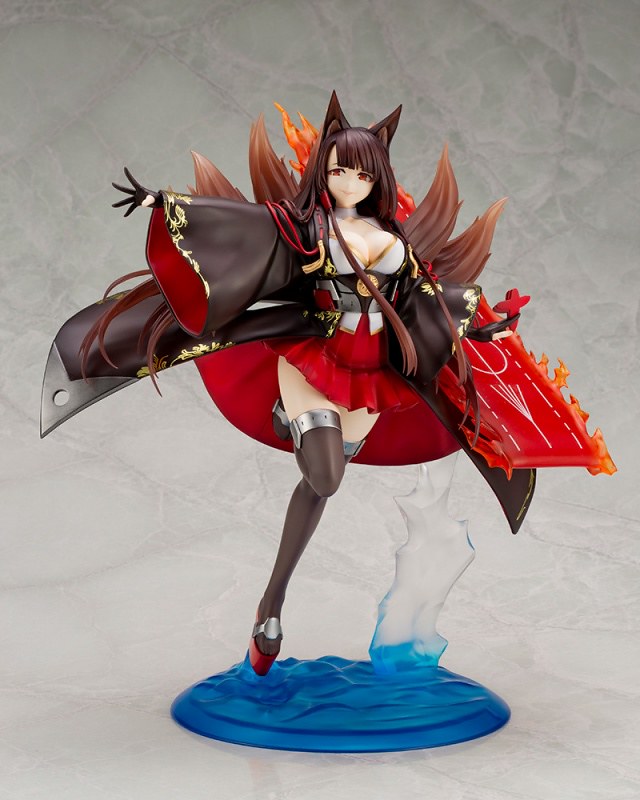 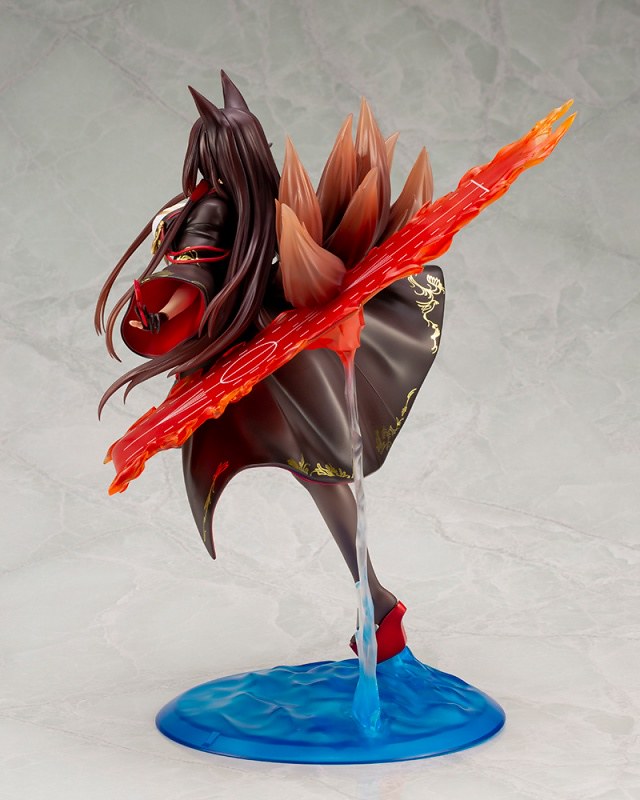 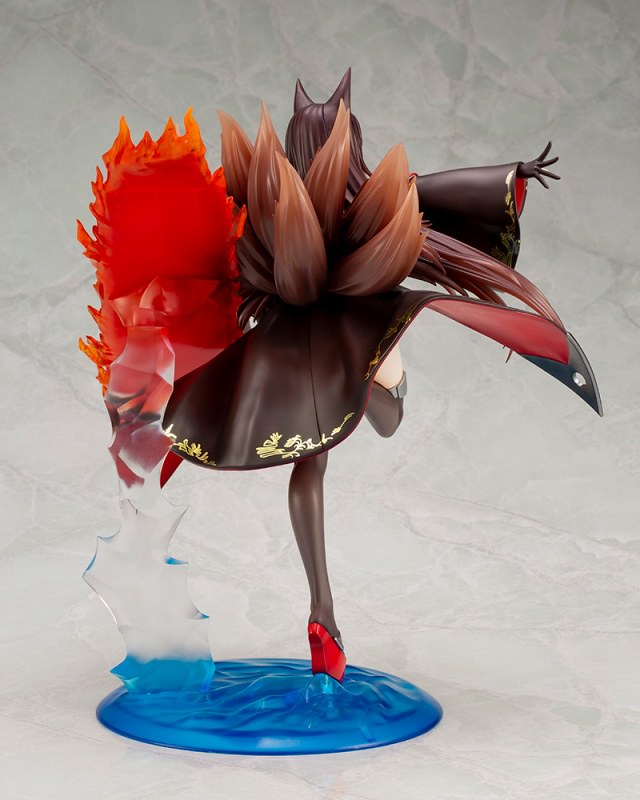 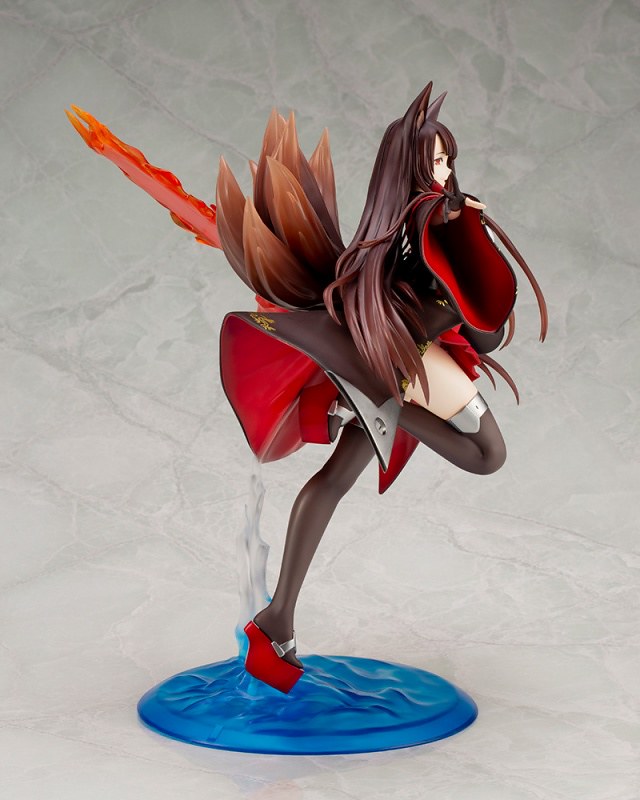 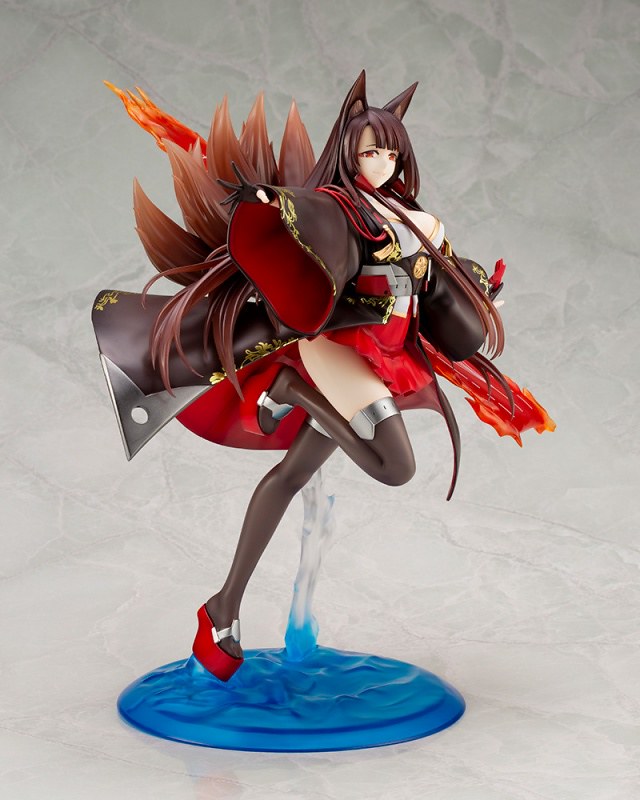 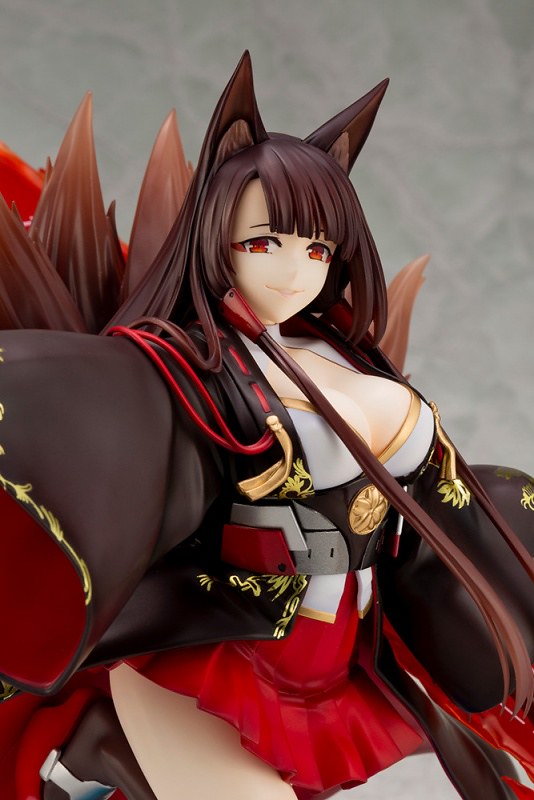 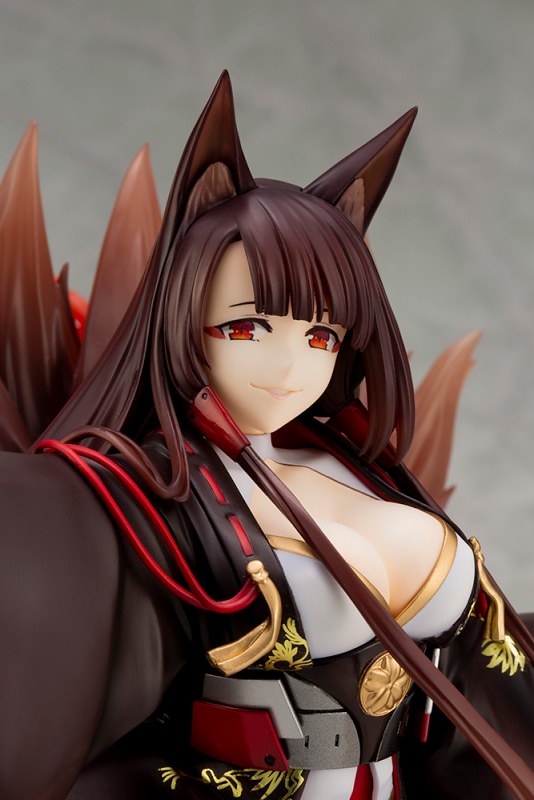 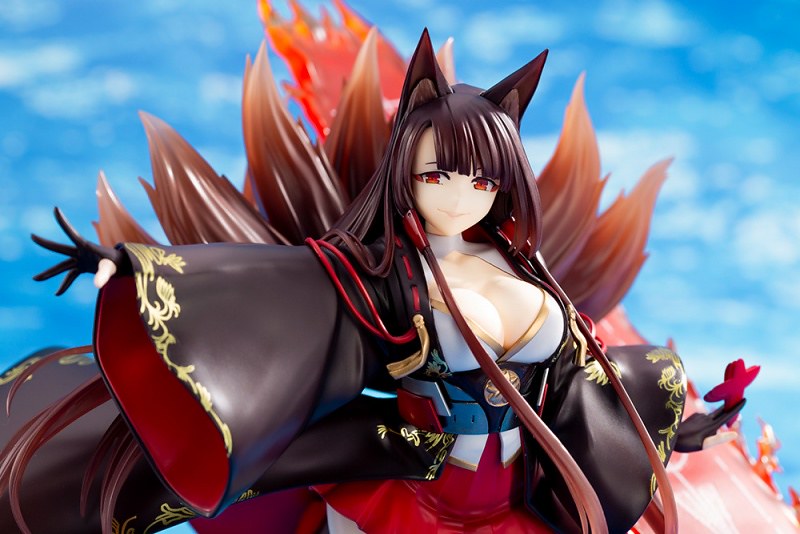