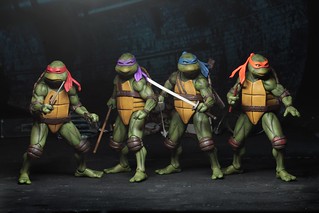 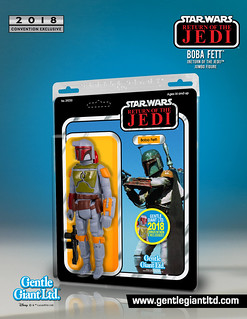 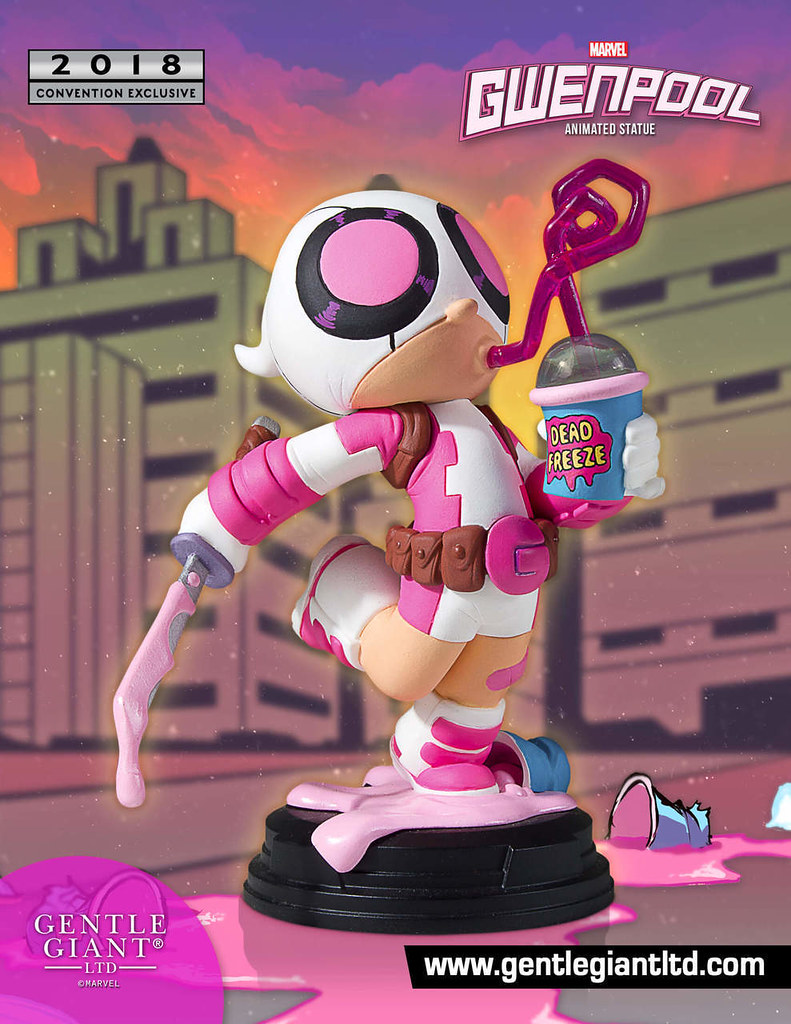 G
Due to the popularity of Gwen Stacy from the Spider-Man comics, Marvel combined the character with Deadpool, creating the adorable pink pants-less mercenary Gwenpool. The character became so popular that she was eventually made into a full-fledged Marvel character with her own comic book series. According to the Gwenpool herself, she comes from the “real world” where she is a simple, mischievous girl with a love for comic books and all the superheroes and villains are fictional characters that exist only in comic books and games. With no idea as to why she was transported to the Marvel Universe, Gwenpool, though powerless in the Marvel world, is able to her deep knowledge of all things Marvel against the heroes and villains whom she crosses paths with. 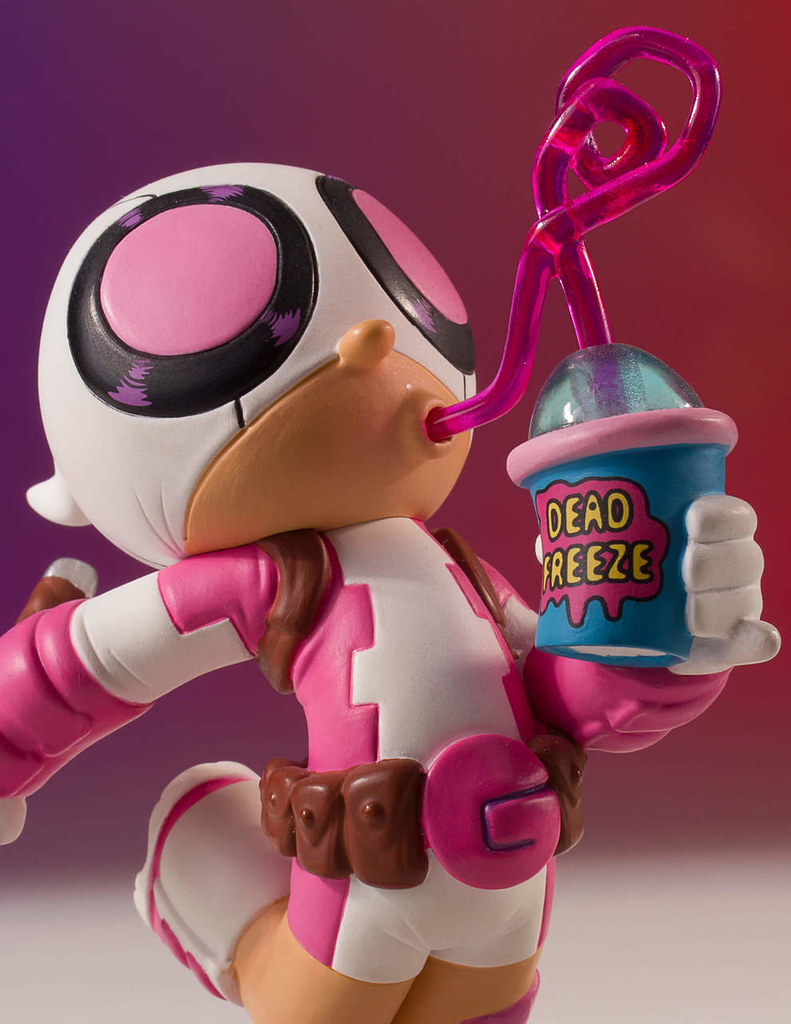 The Animated Statue series is inspired by various Marvel comic book special edition covers, utilizing special production techniques to bring the art to life and giving these characters an exaggerated, cartoonish makeover, injecting each with their unique poses and elements for a fresh and fun piece of art. 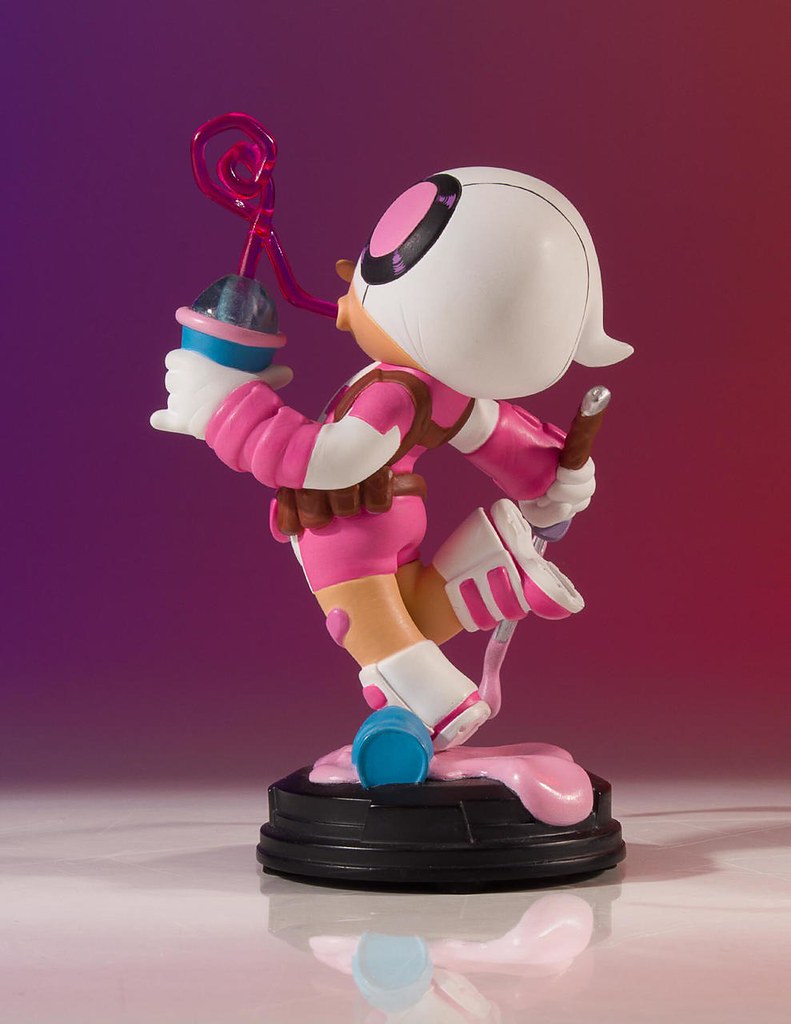 Gwenpool Animated Statue is based on artist Skottie Young’s cover for The Unbelievable Gwenpool #1, featuring Gwen happily sipping a drink out of a swirly straw. The large head and stubby limbs make for adorable proportions, while her katana is stained with juices of spilt milkshakes. The carefree fluid pose is taken straight from the pages of the comic book. Tempting indeed… 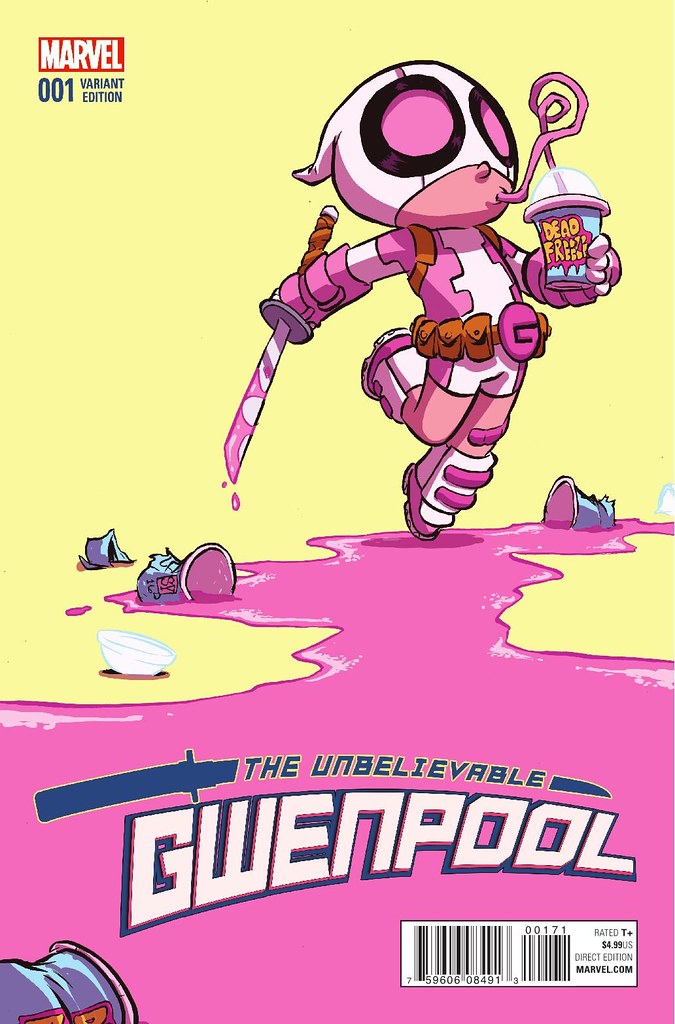 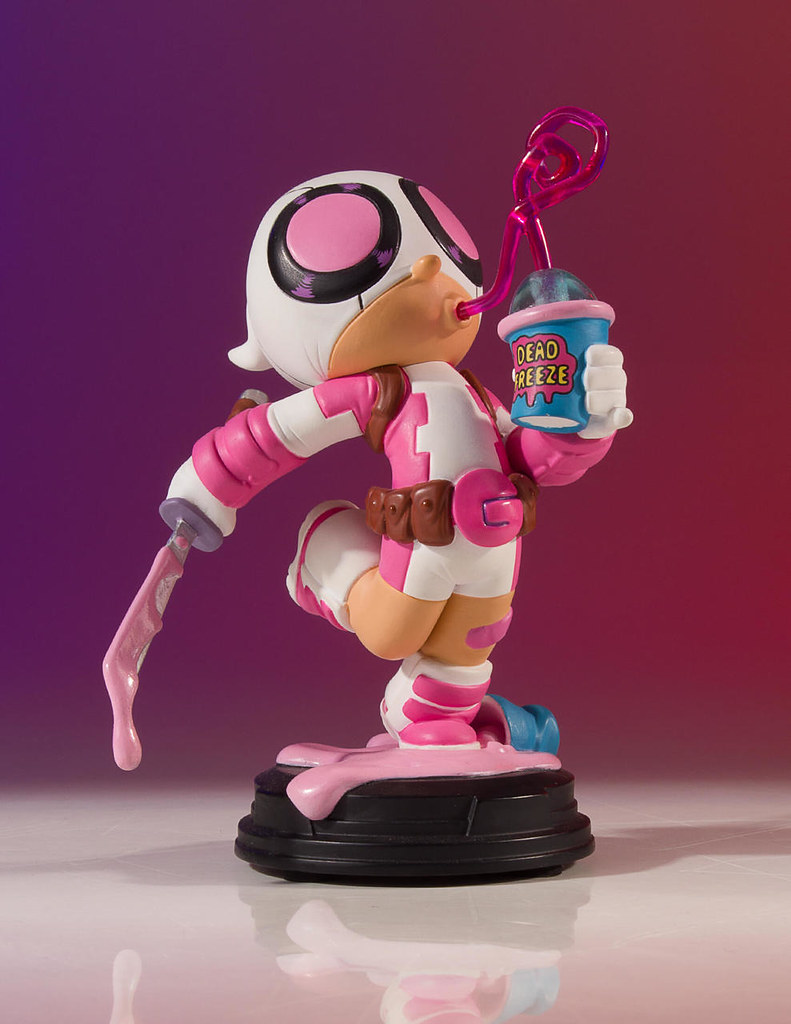 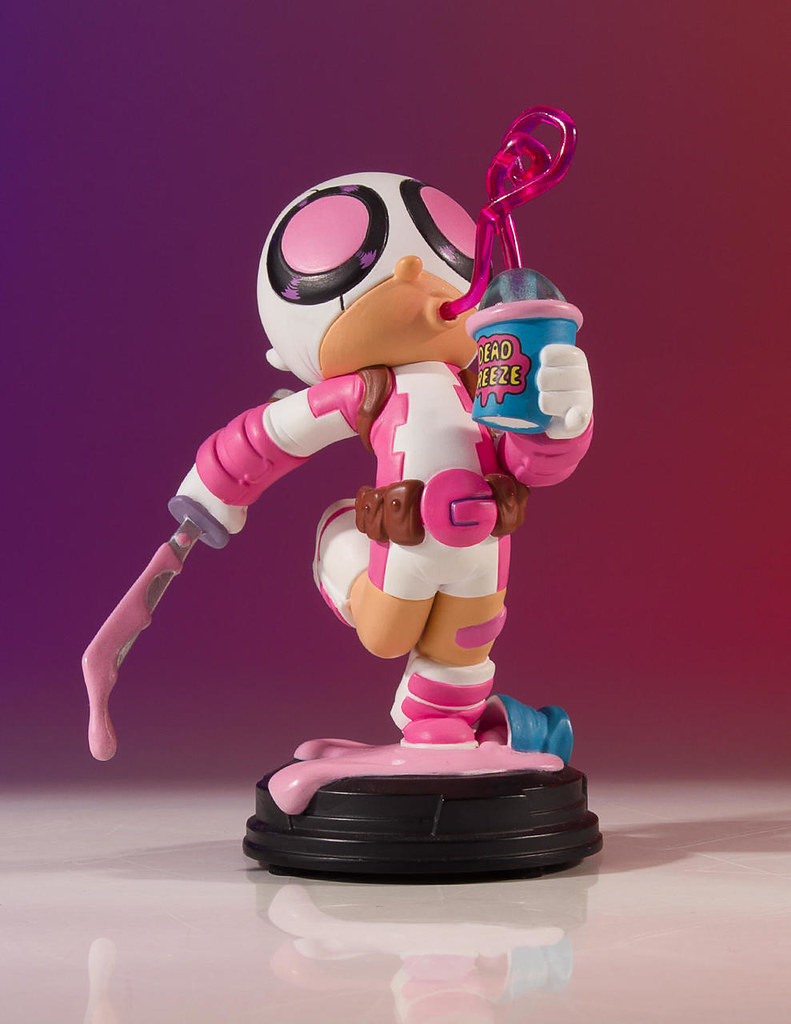 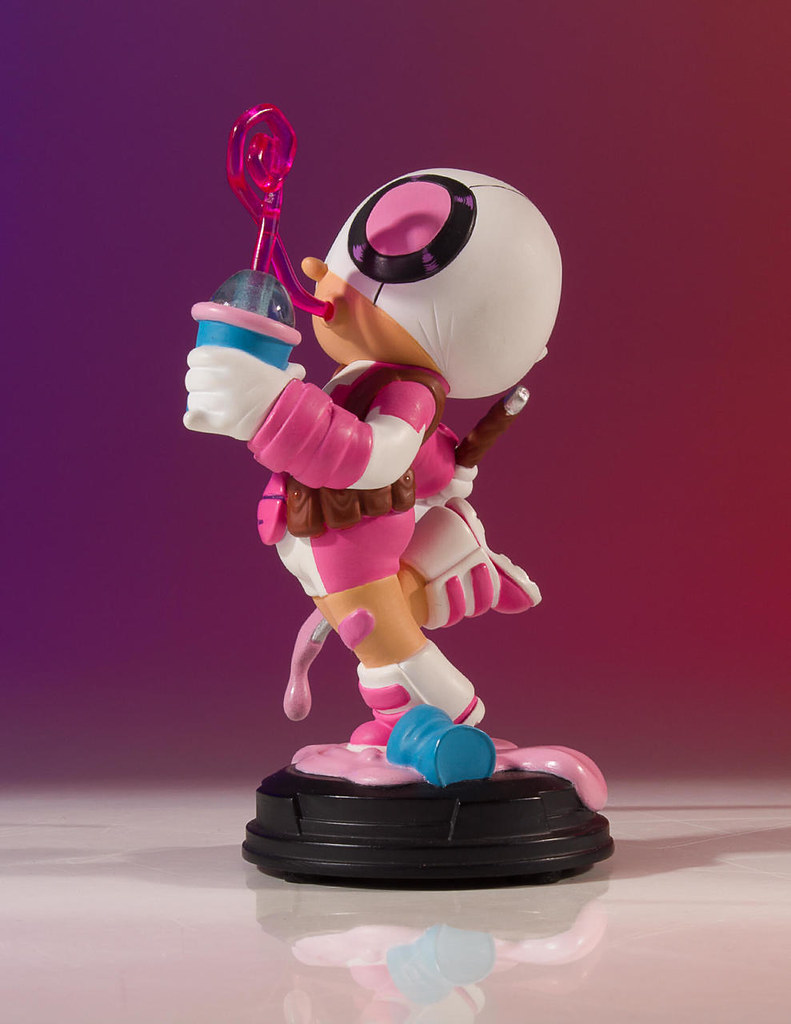 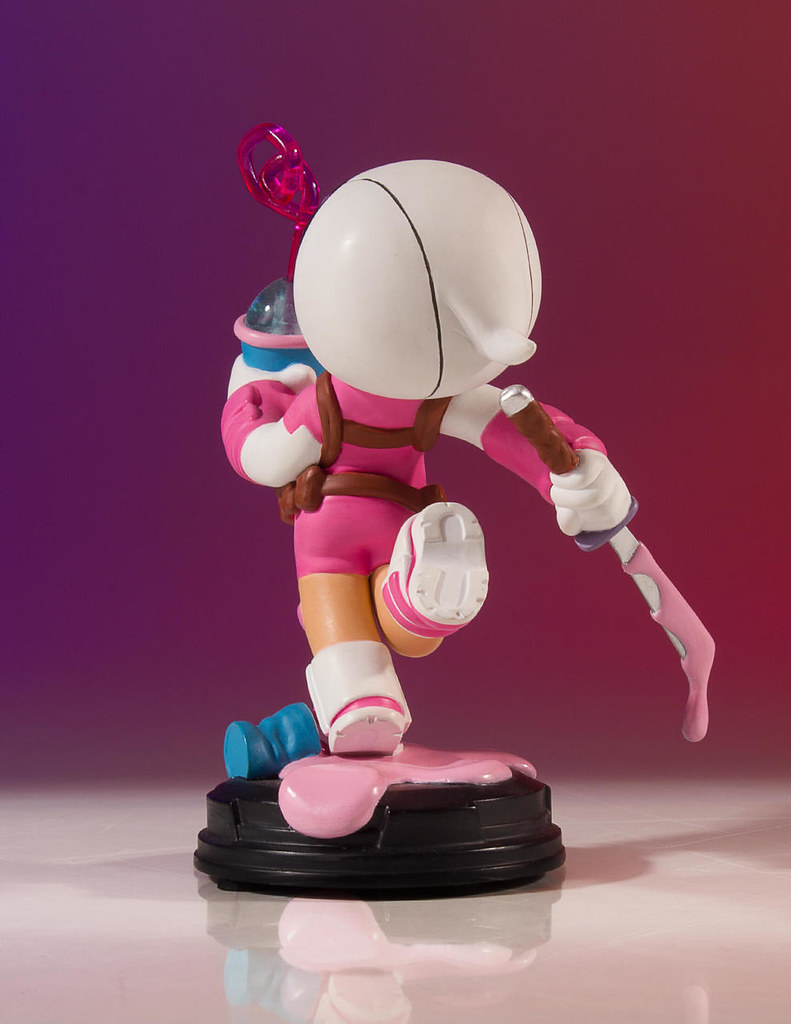 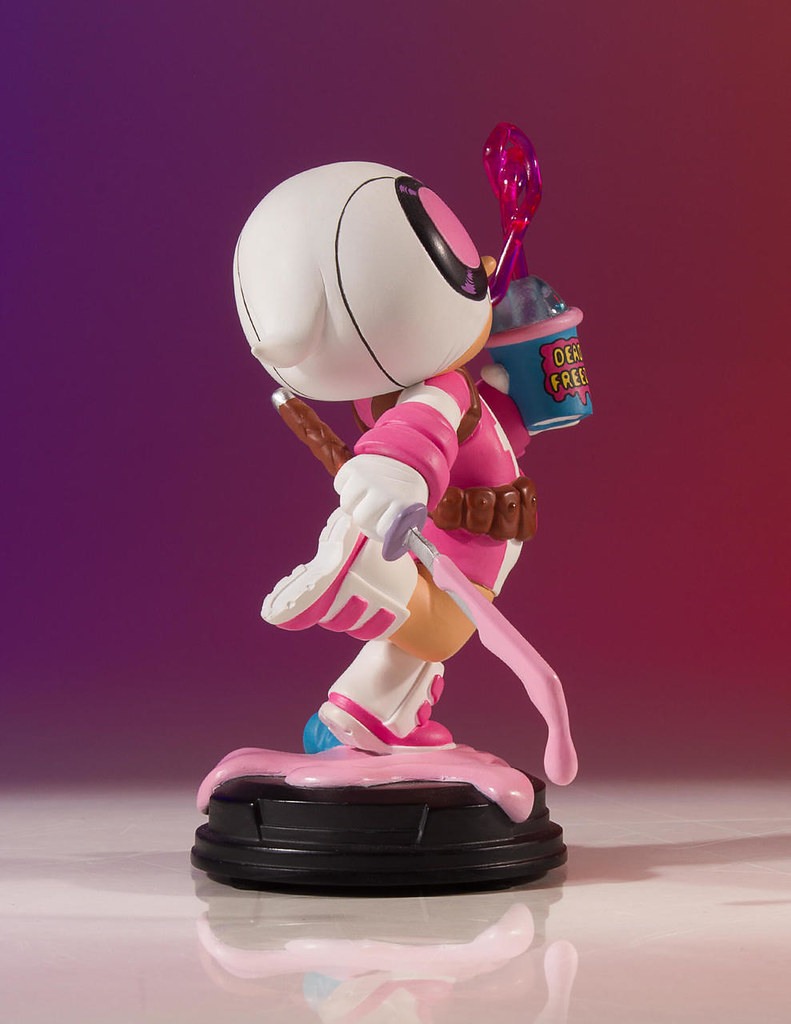 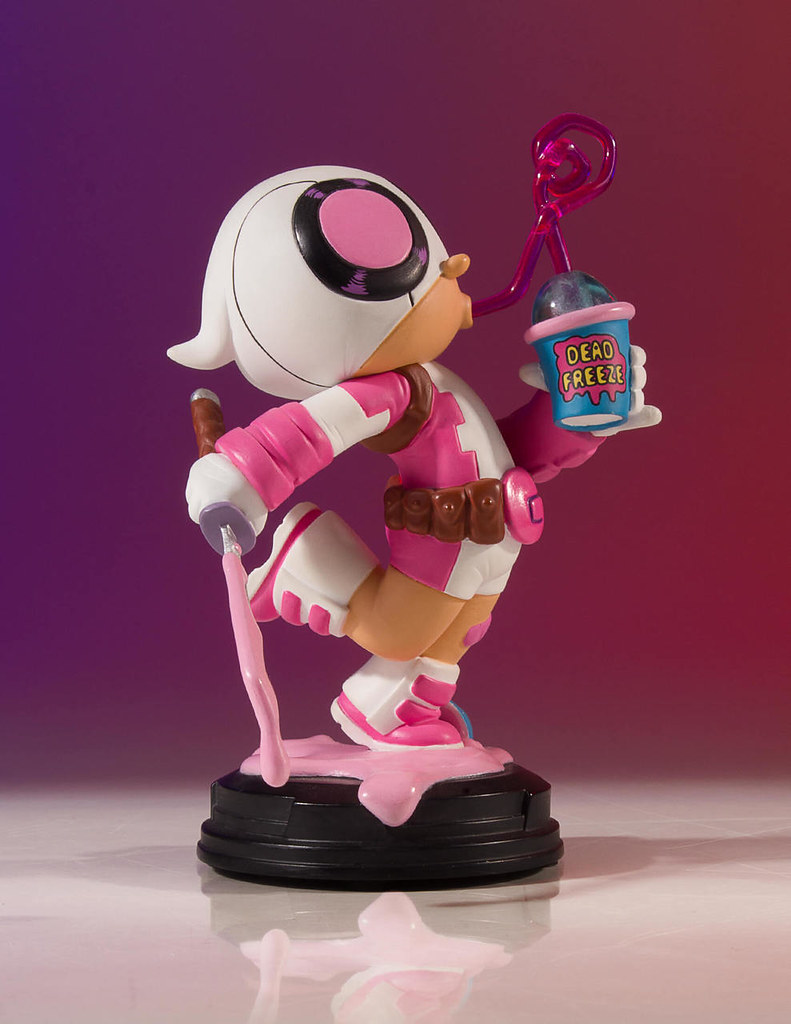 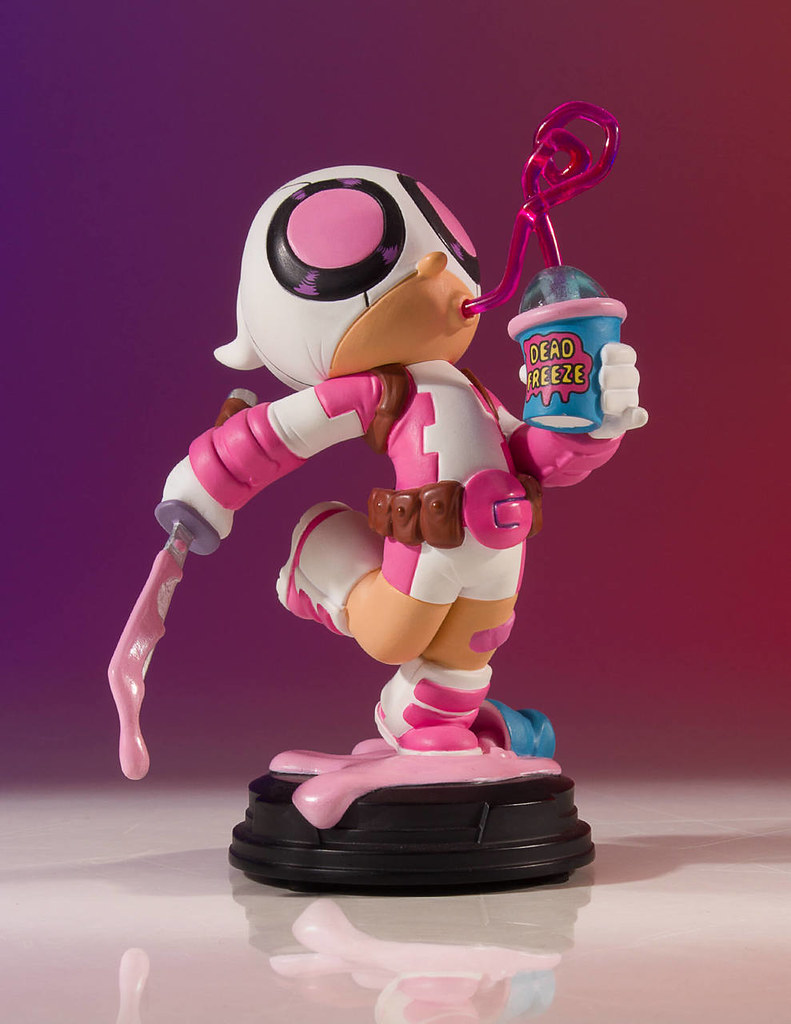 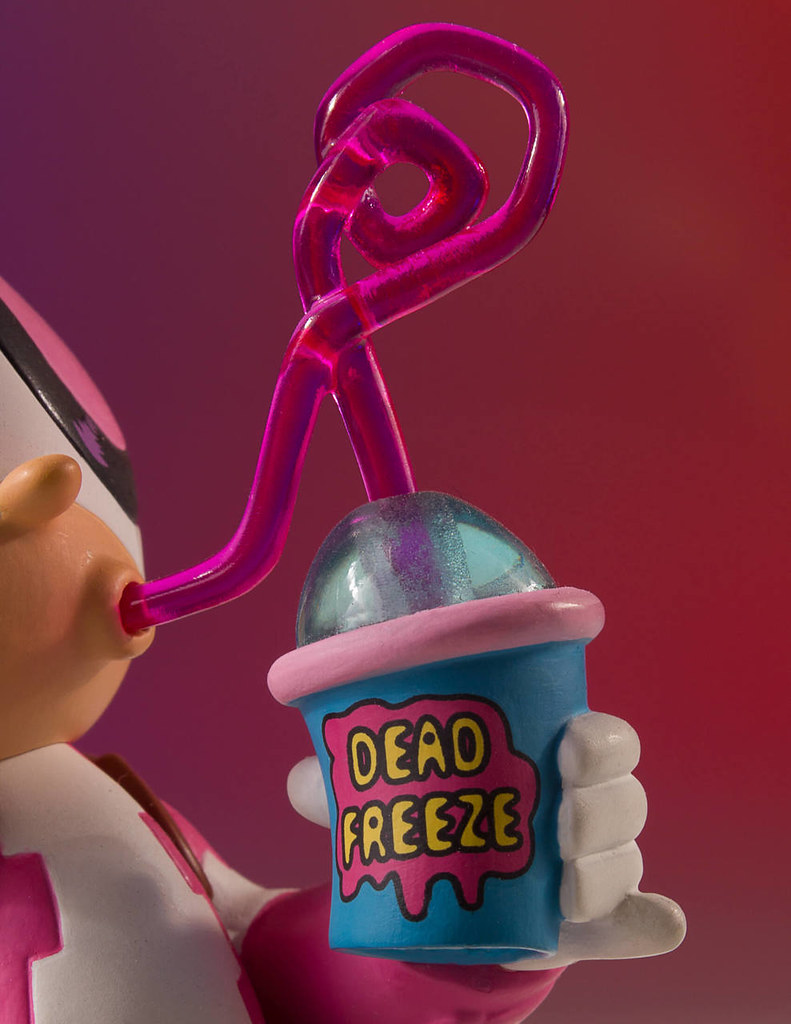