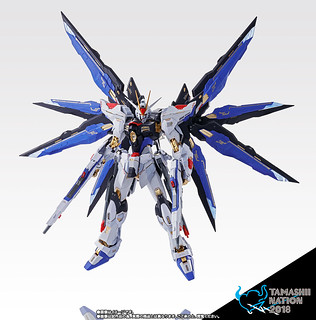 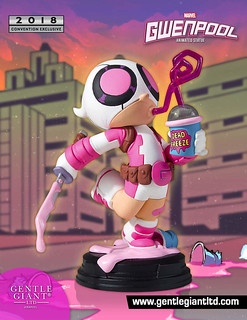 NECA has released a new action figure 4-pack from the 1990 live-action Teenage Mutant Ninja Turtles movie for SDCC 2018. Not only will the figures be on sale at booth #3145 during Comic-Con, a limited quantity will be available for pre-order, expected to ship after the convention! 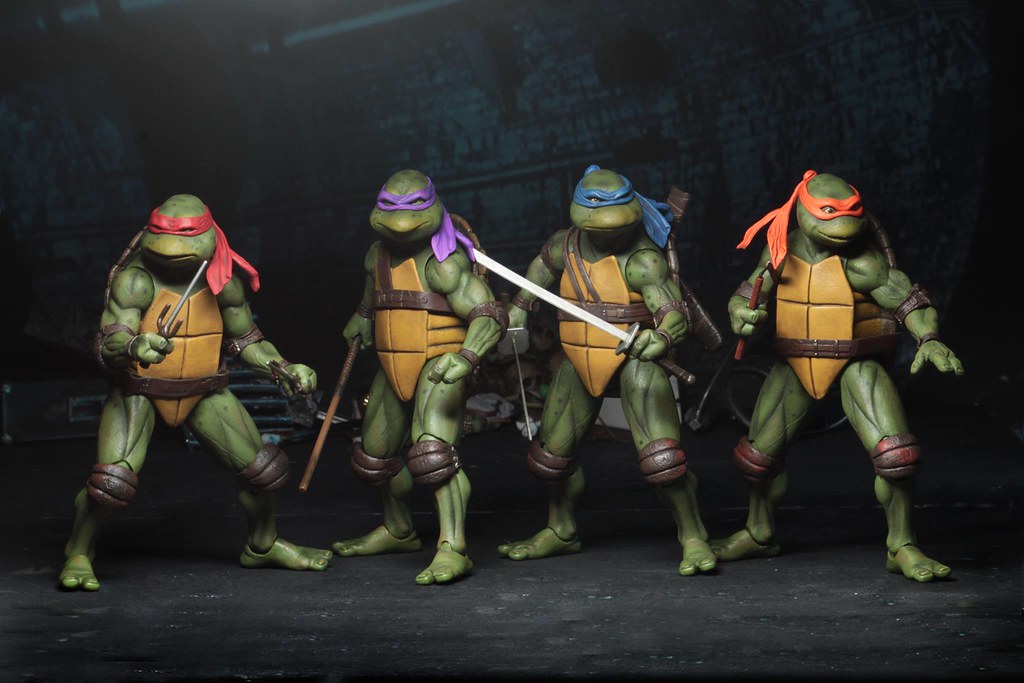 Leonardo, Michelangelo, Donatello and Rafael, four genetically mutated turtles, call home the sewers of Manhattan, becoming the crime-fighting Teenage Mutant Ninja Turtles under the tutelage of Master Splinter, protecting the streets of New York. The 1990 live-action namesake film is the first film adaptation of the TMNT comic and a favorite classic amongst many fans. NECA this time has targeted the loyal fans, rolling out a 4-pack of 7-inch figures, limited to only 5000 copies. 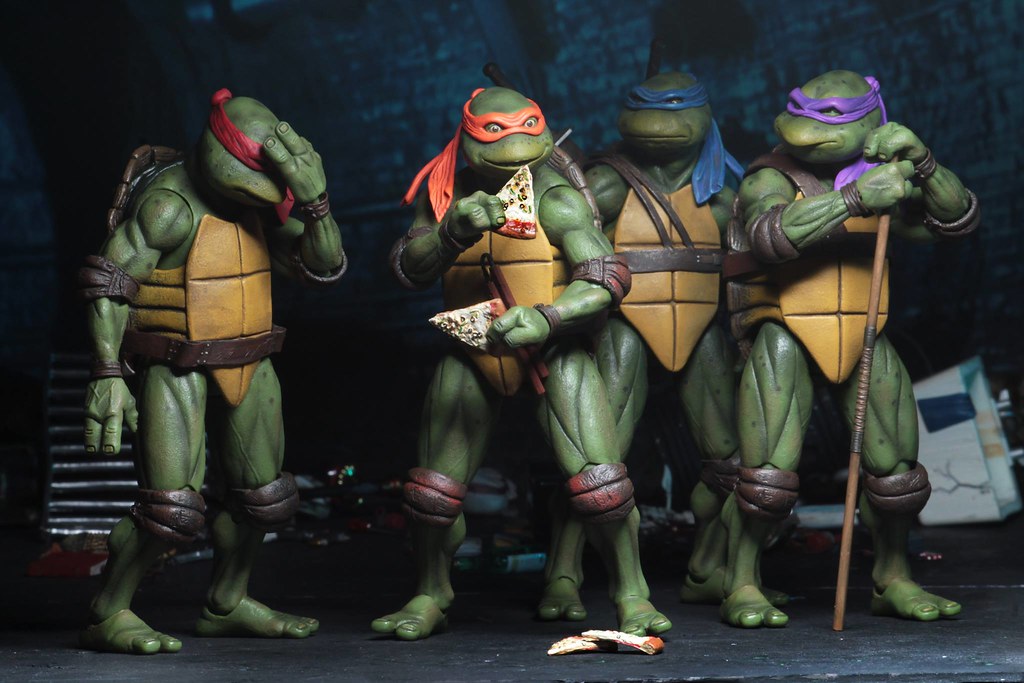 The figures this time take after the in-film colors and designs. Using the highly playable 7-inch scale to recreate the four turtle brothers, along with their shells, masks, belts and kneepads, all made with high quality painting and craftsmanship. (Of course, only Mikey is smiling here) Accessories include their pizza, their favorite food, along with interchangeable bandanas and the Ooze Mutagen Canister. In classic NECA fashion, the packaging is absolutely splendid as well. 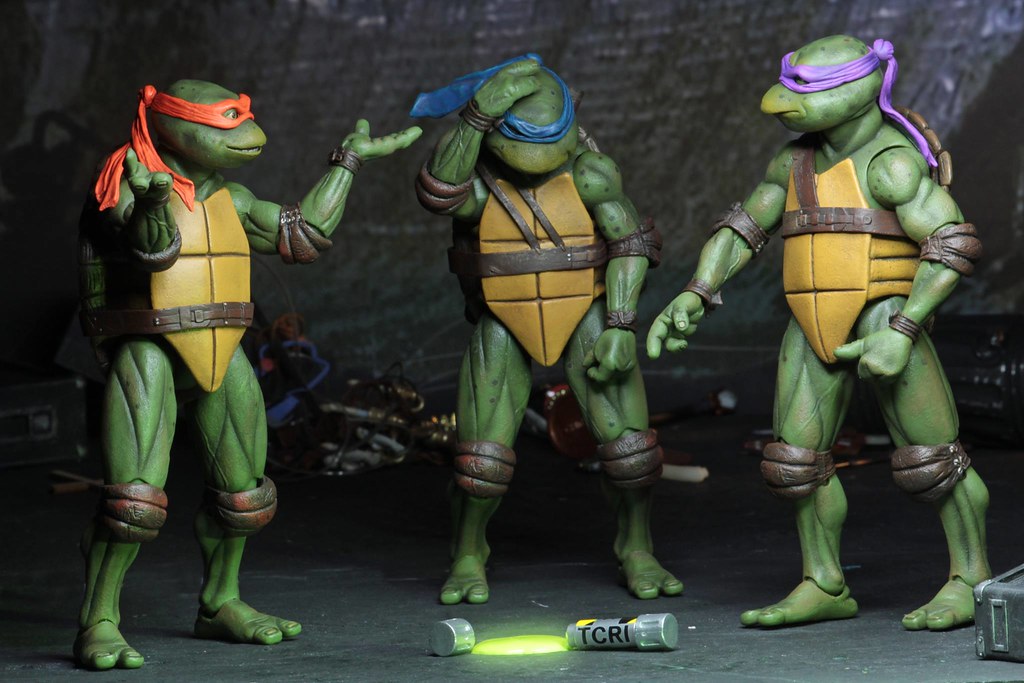 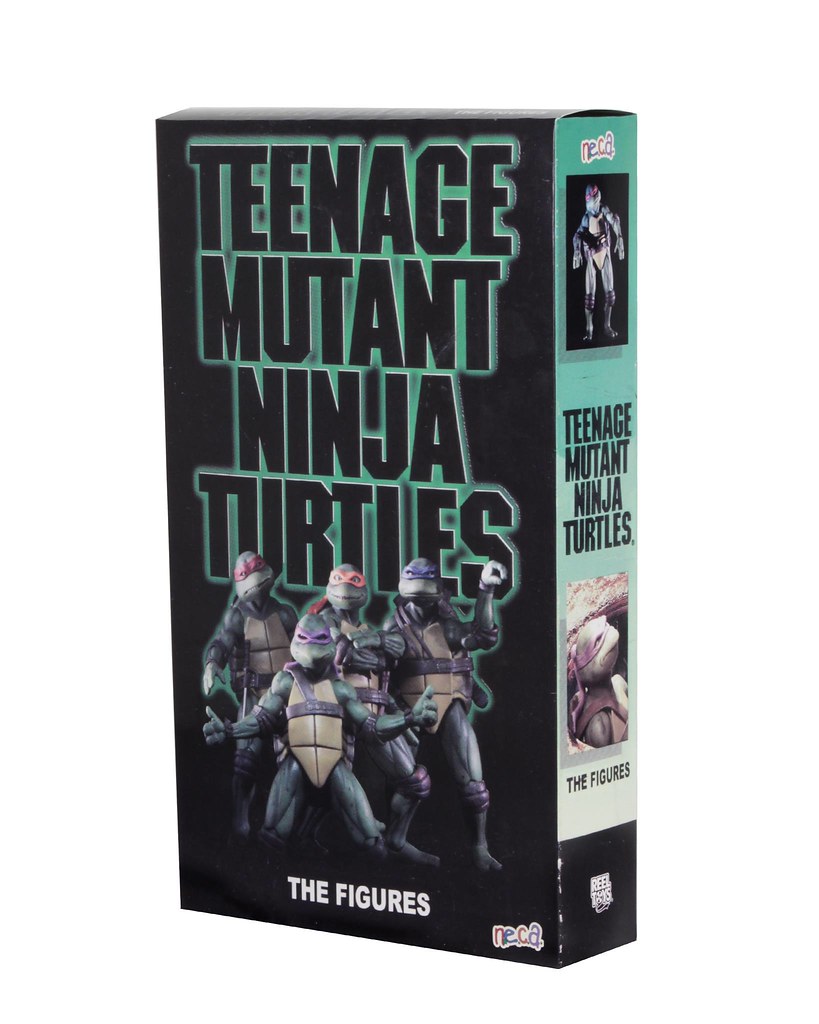 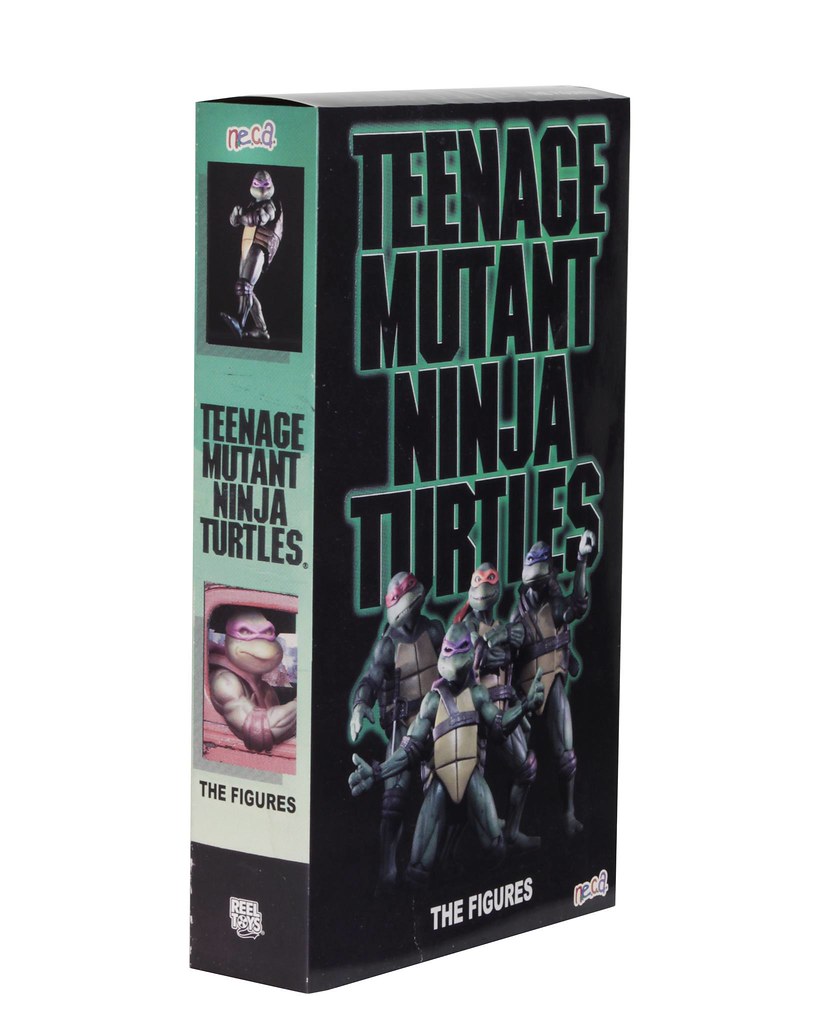 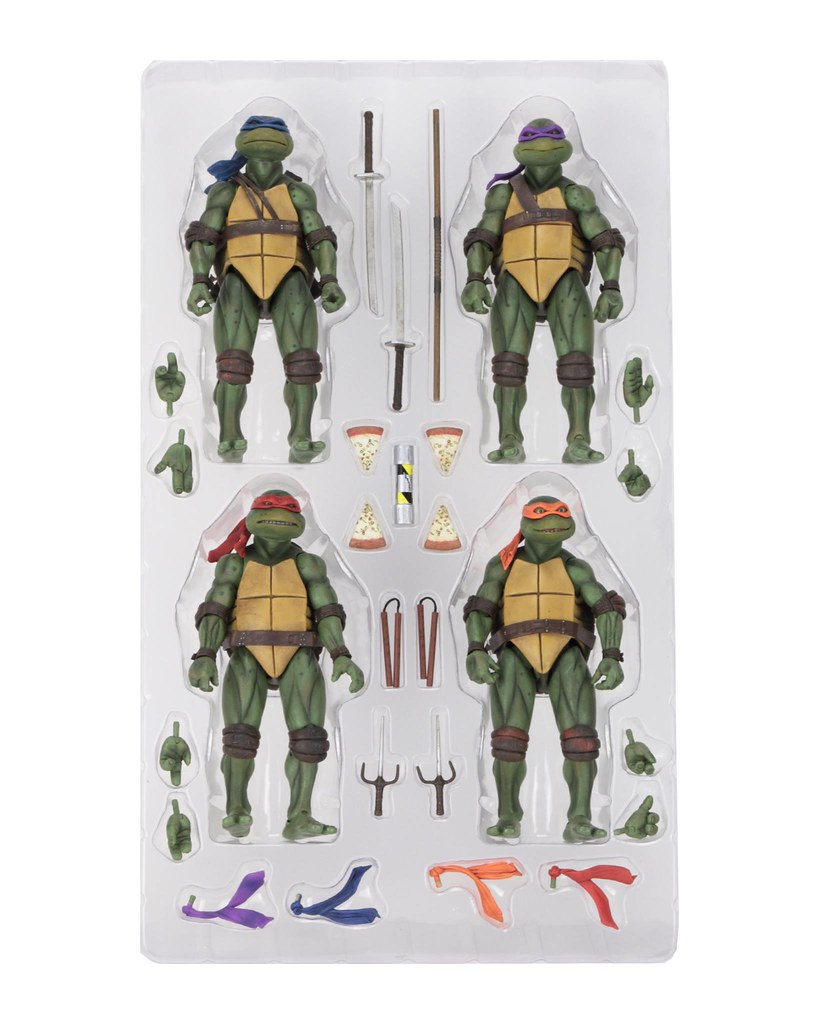 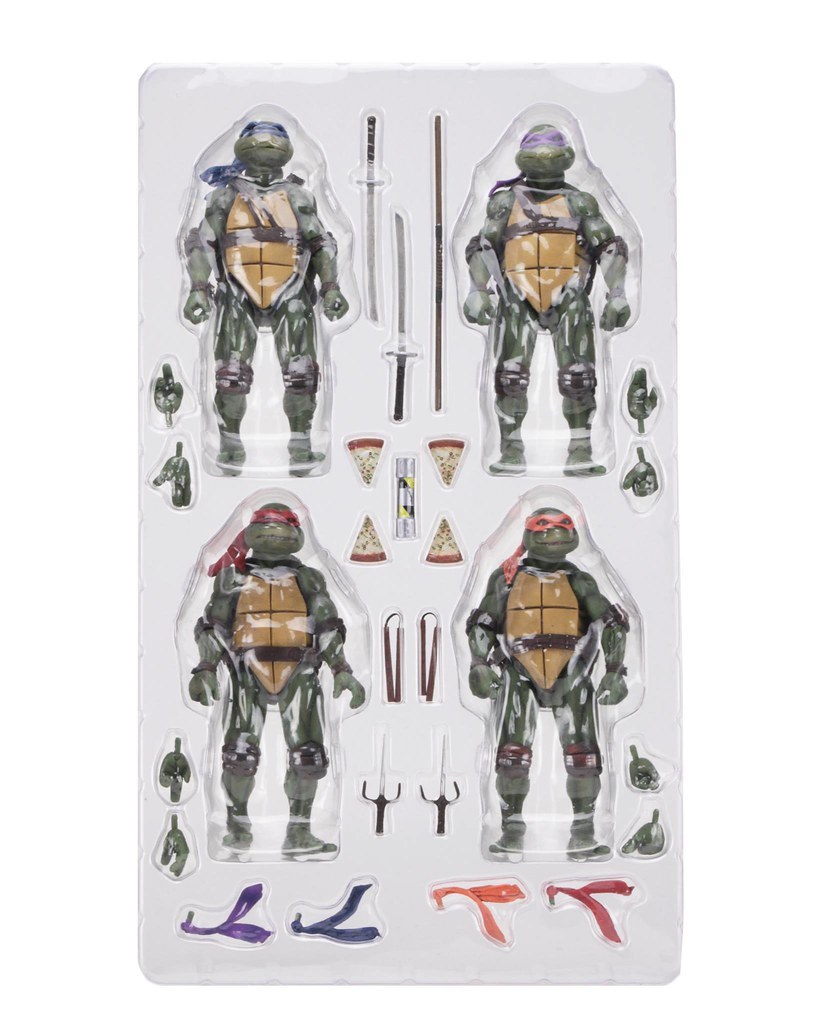 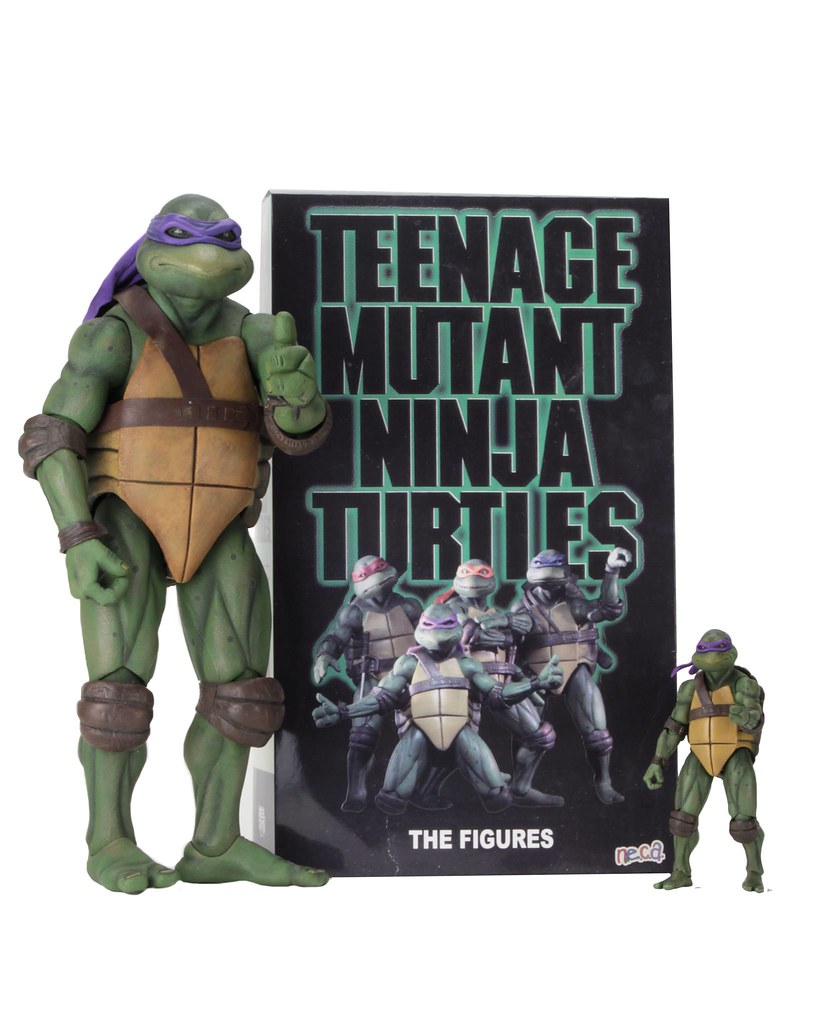 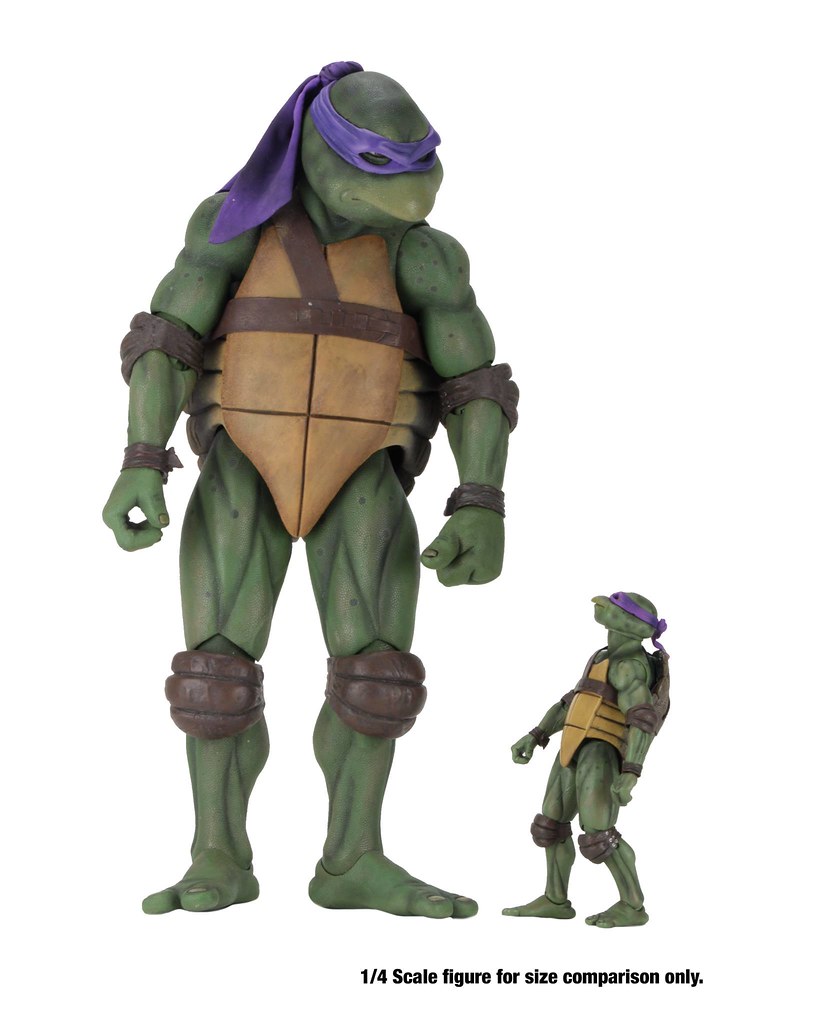 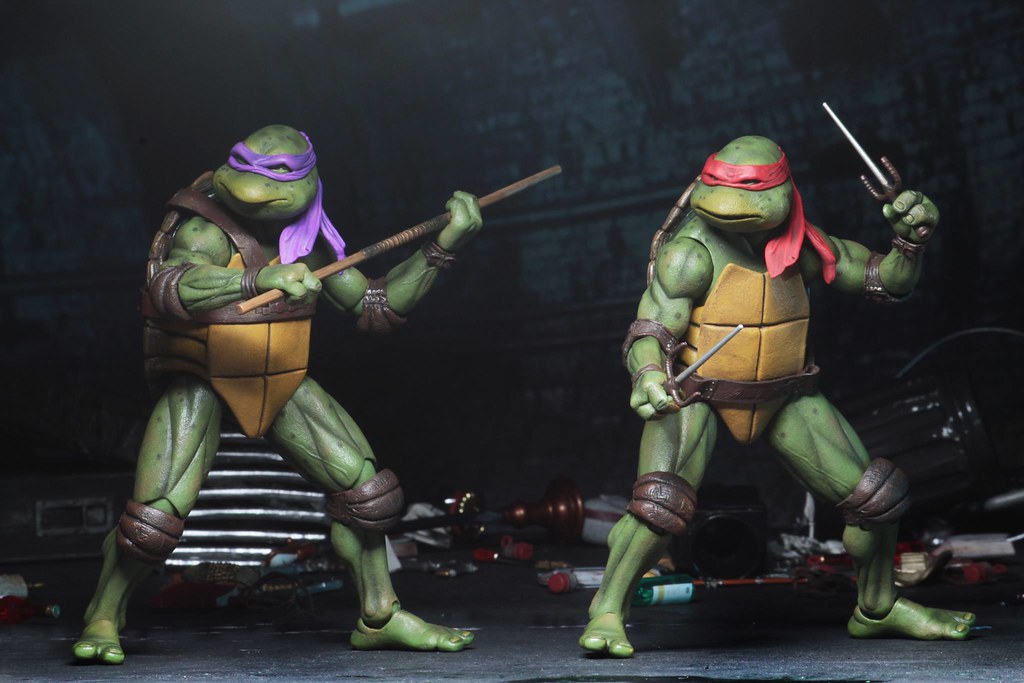 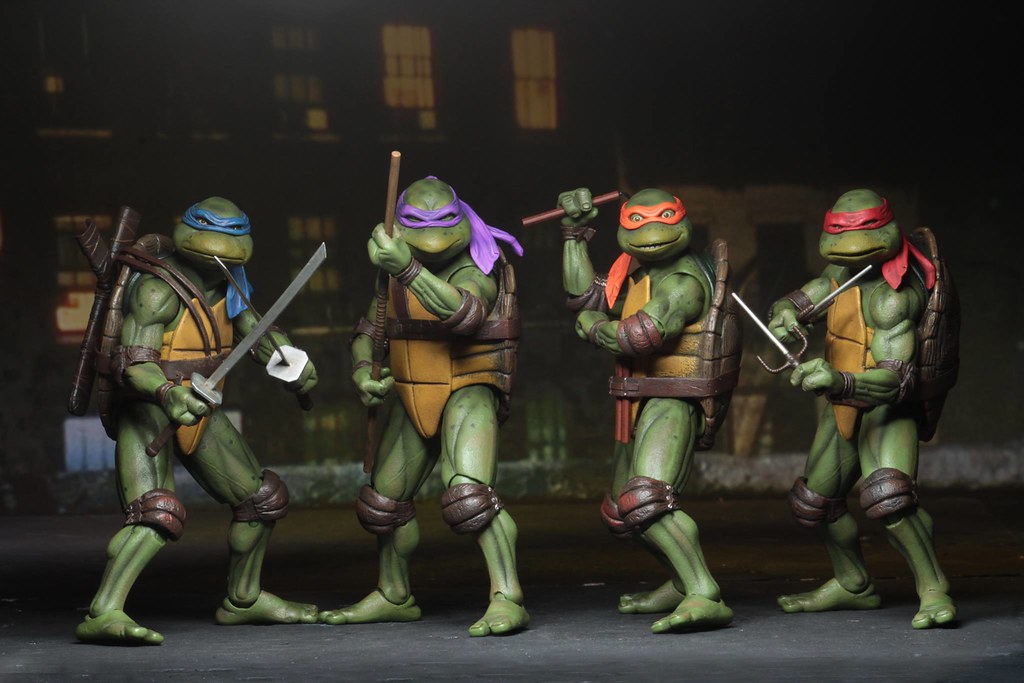 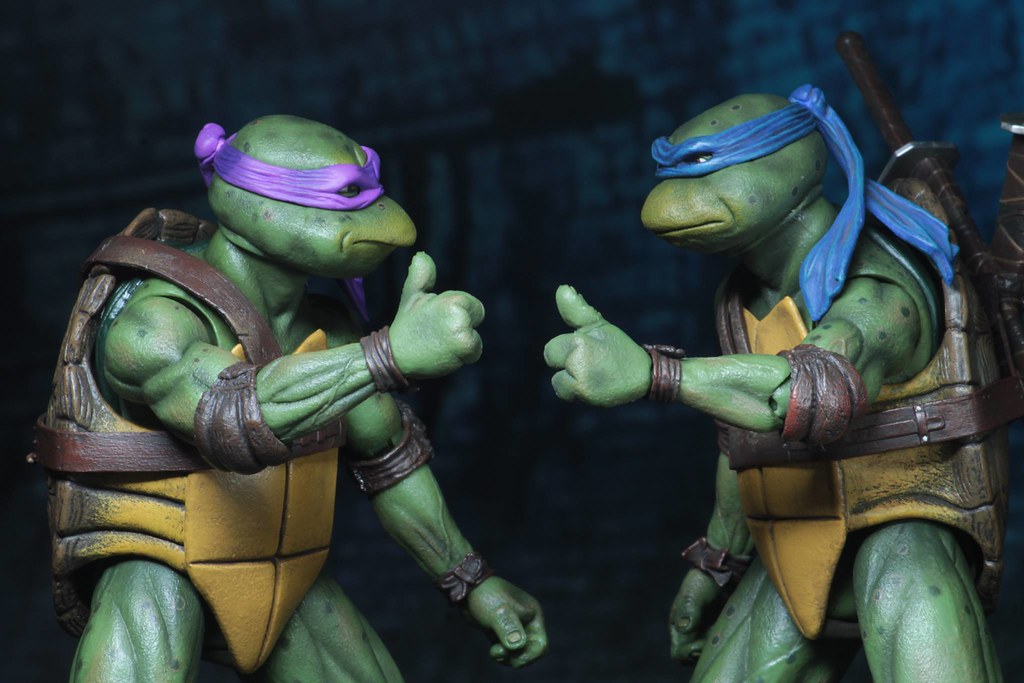 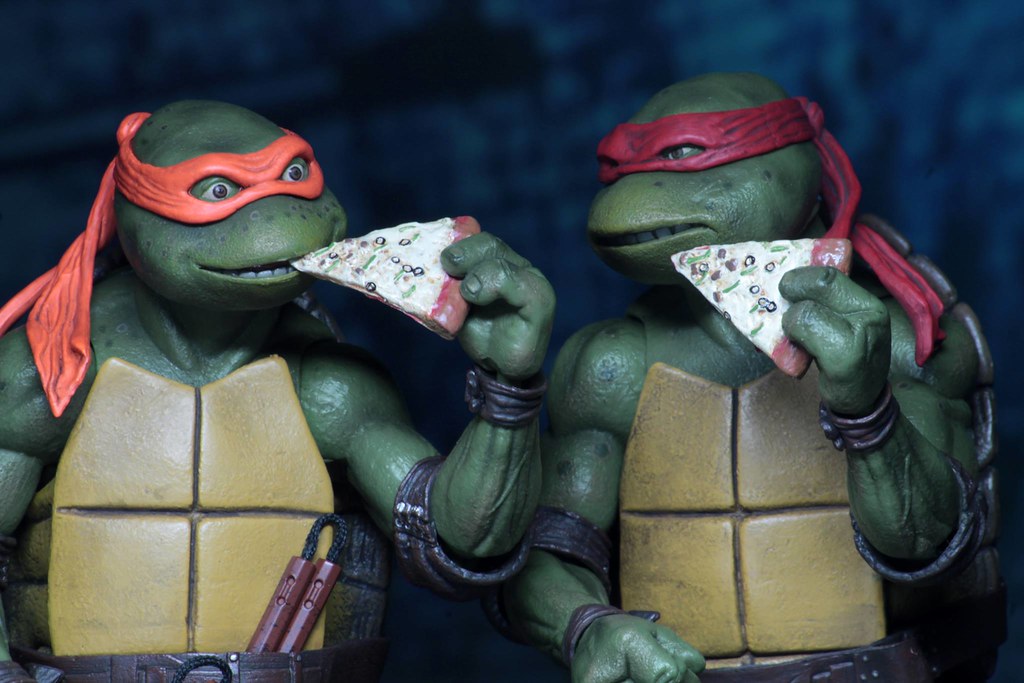 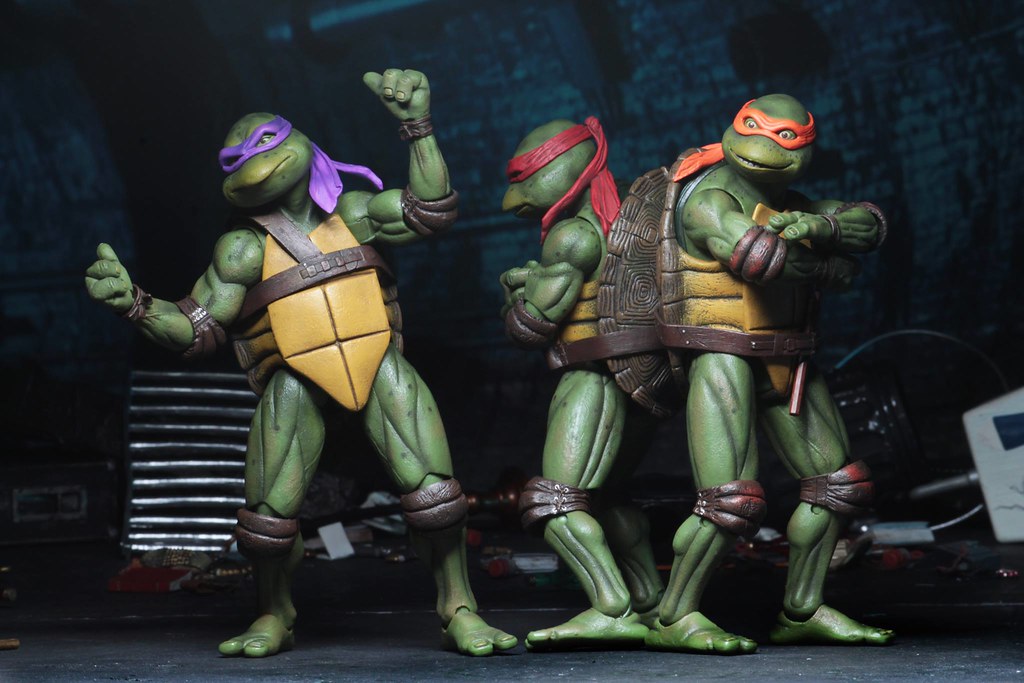 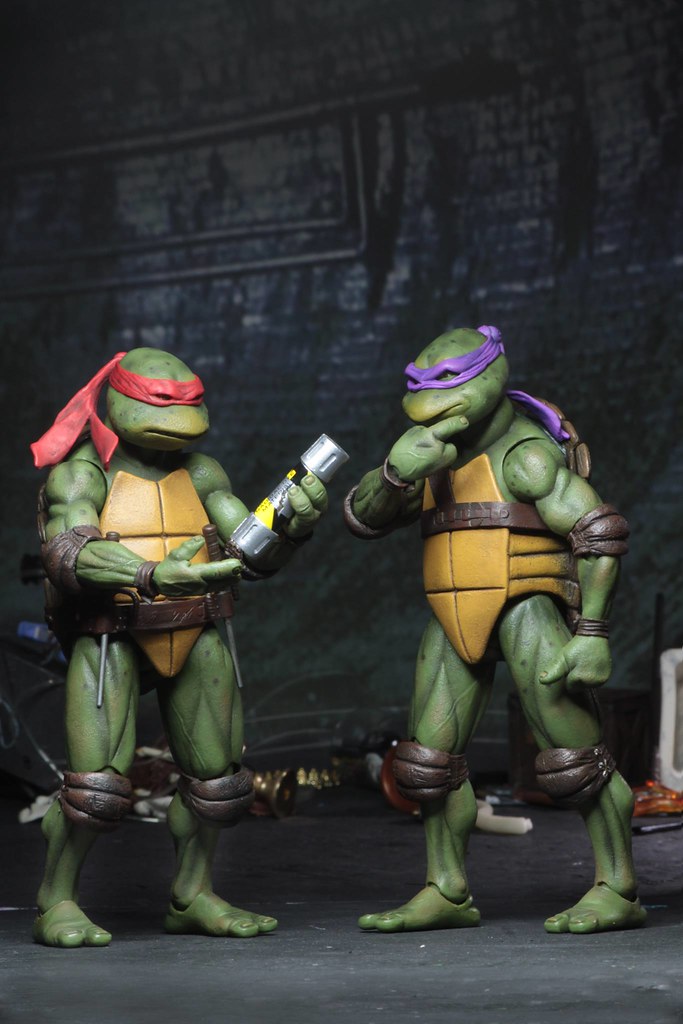 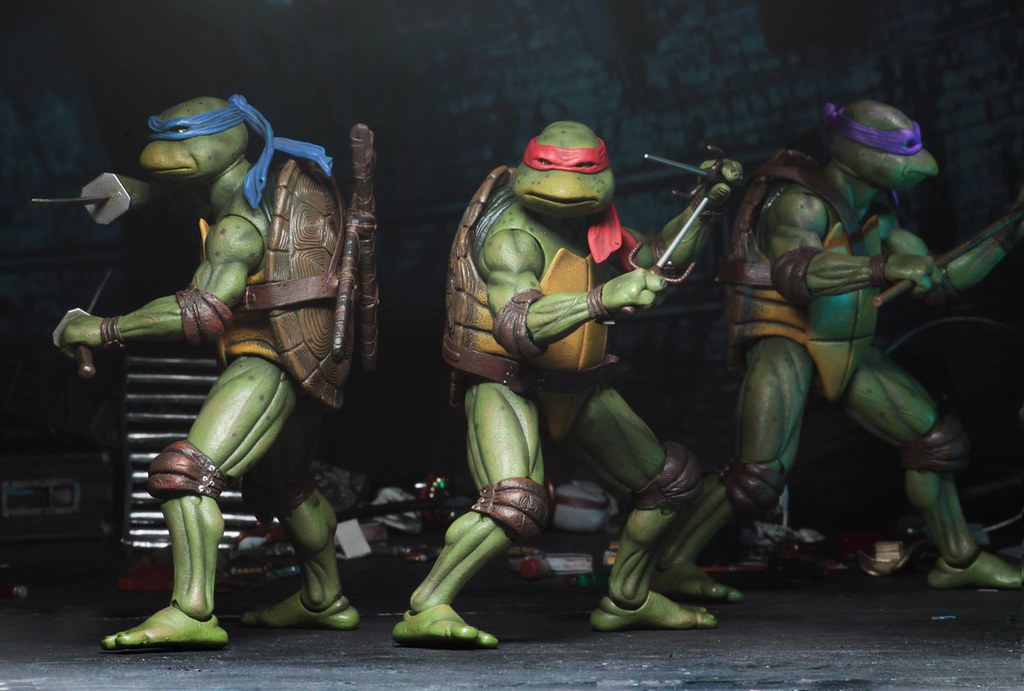 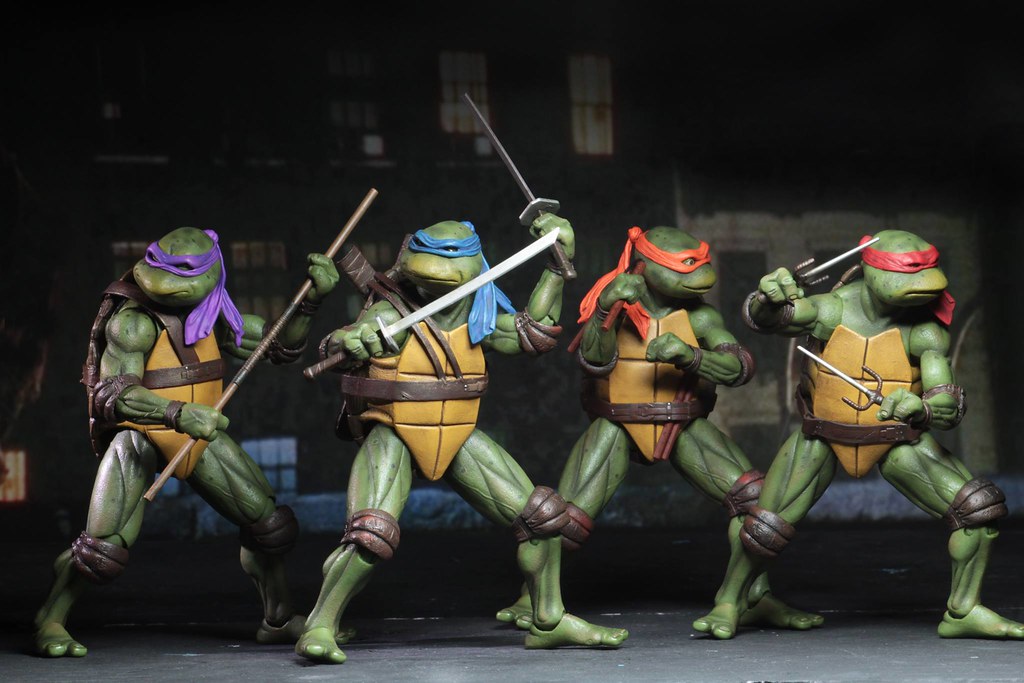 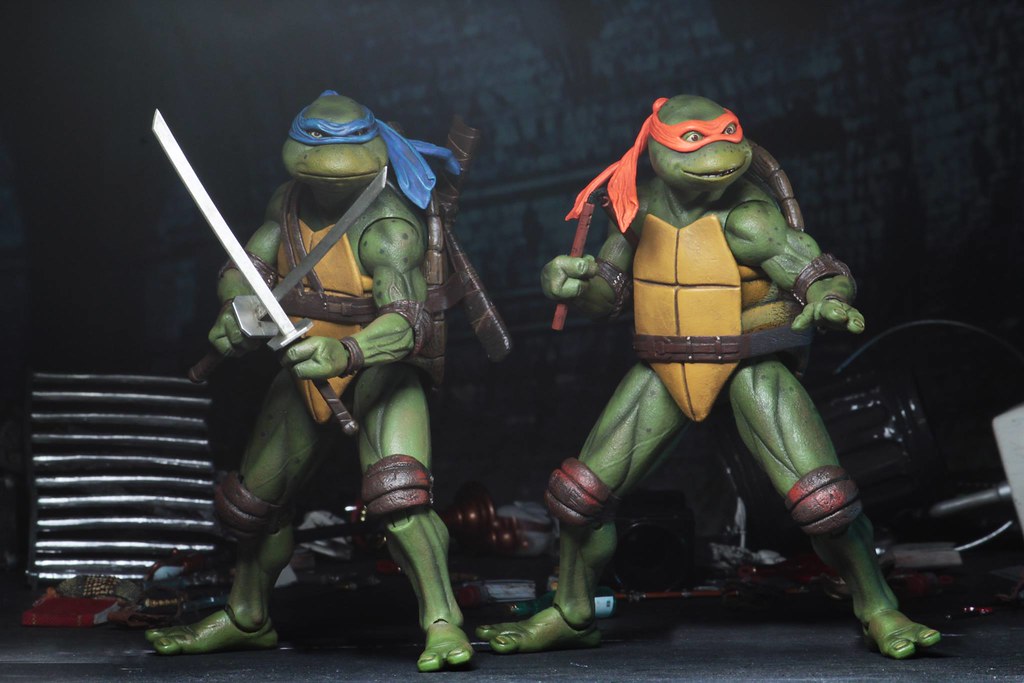