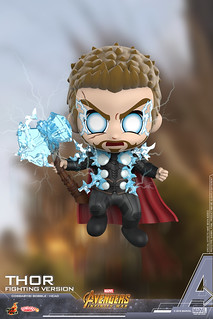 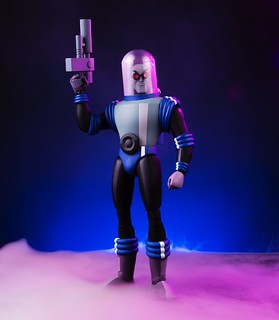 Continuing the superhero mecha streak from LEGO 76117 Batman Mech vs. Poison Ivy Mech, LEGO has unveiled the amazing LEGO 76115 Spider-Man Mech vs. Venom Mech from its Marvel Superheroes line. The set will be on display at San Diego Comic-Con and is currently slated for a December 1, 2018 release! 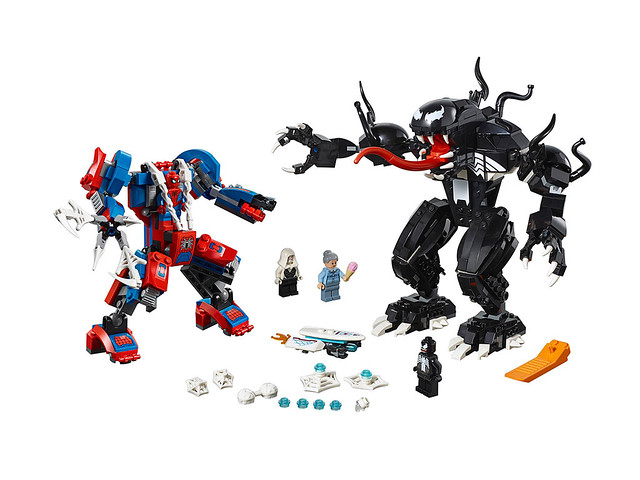 In the past year, we've seen both play scale and UCS LEGO Hulkbusters, and now LEGO has caught the mecha bug, releasing two mecha based sets in the LEGO DC and Marvel Superheroes lines. Both the Spidey and Venom mechs capture the characteristics of their respective web crawlers, especially the monstrous Venom Mech with its clawed appendages, serpentine tongue and Symbiote tendrils! 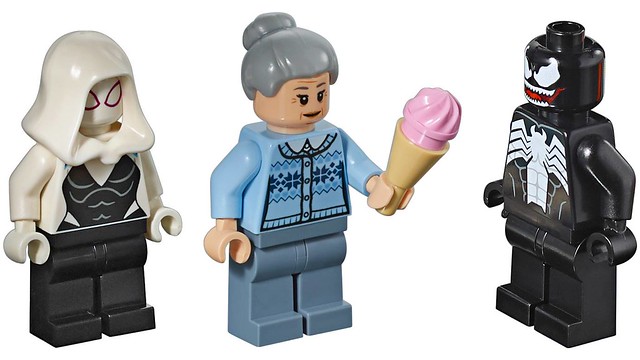 Though slightly smaller than the Venom Mech, the red and blue Spider-Man Mech is also a force to be reckoned with, armed with a web-clawed right hand, while Spider-Man is secured in the cockpit with new web pieces. The set also features an assortment of new web accessories as well as an outstanding minifigure lineup featuring Spider-Man, Venom, Aunt May and the new Spider Gwen with her own jet surfboard!