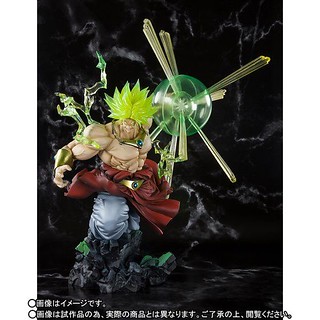 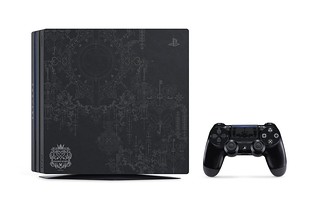 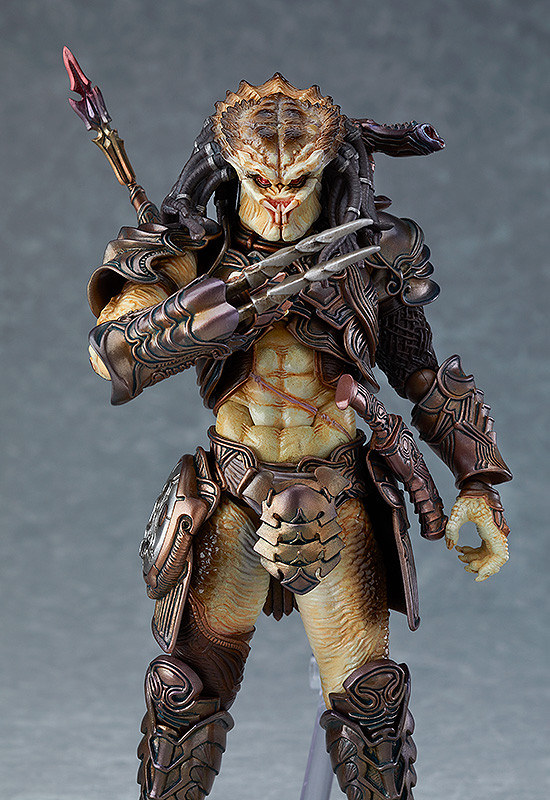 The figure has been sculpted and colored under Takeya's complete supervision, his handiwork visible everywhere from the skin texture, armor design, to the lifelike paint scheme. 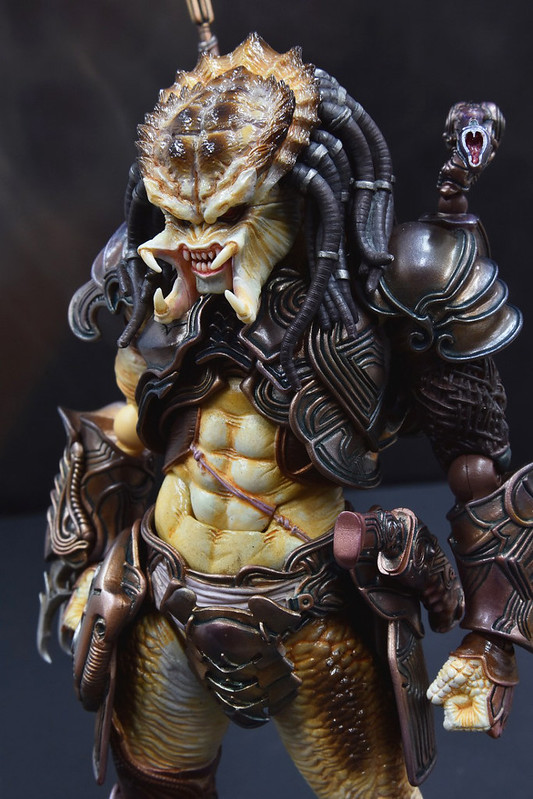 Coloring for the weapons and armor utilize complex shadowing and gradient techniques, allowing for a wonderful metallic luster that successfully conveys the hardness and weight of the metal. Predator himself is covered with reptilian-like scales and has a fearsome head sculpt! 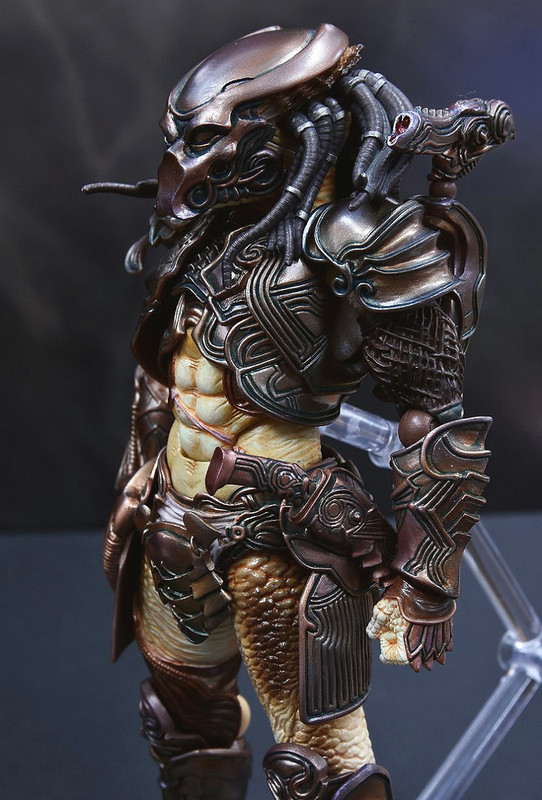 Using stable yet highly posable figma joints, Predator possesses a high level of articulation, allowing you to act out numerous action scenes from the films. There are even points of articulation in a few unexpected places, including the plasma cannon, waist armor, and head appendages. 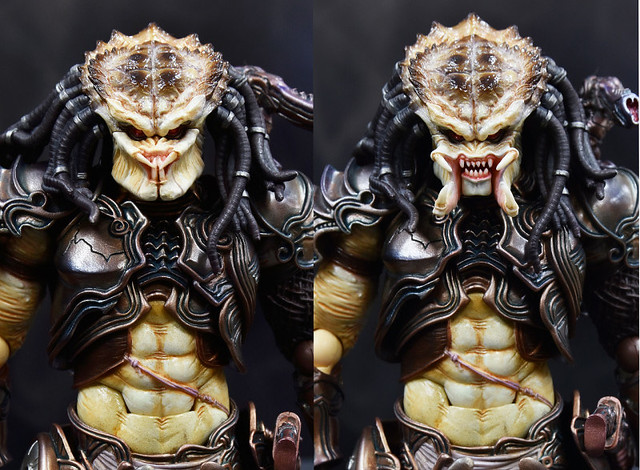 Accessories wise, the figure comes with a number of weapons and tools as seen in the films, including the Predator’s bio-mask, two wristblades of varying lengths, two variations of the smart disc (open/closed), an extendable double-headed spear and a dagger which can be attached to the waist. 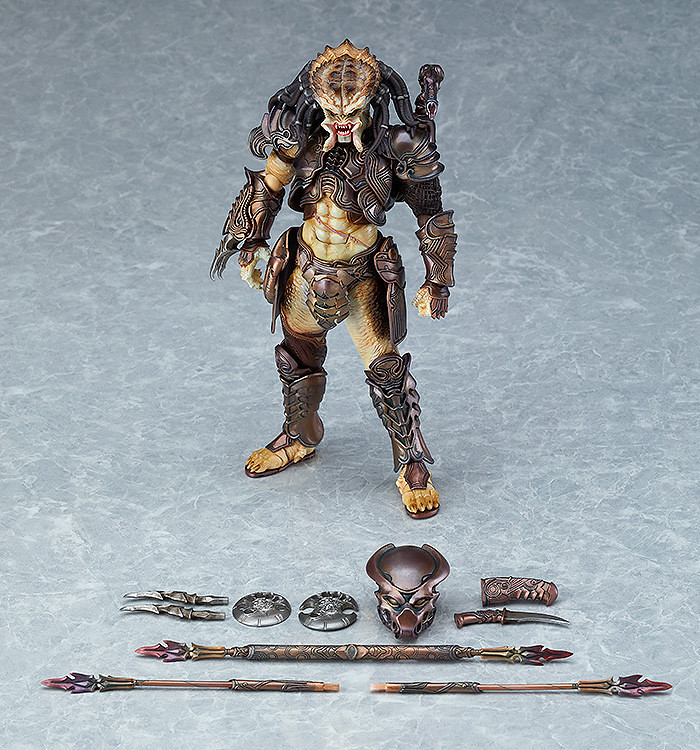 Last but not least, the figure comes with a brand new postcard featuring Takeya’s original Predator design, no doubt a must-have for Predator fans! 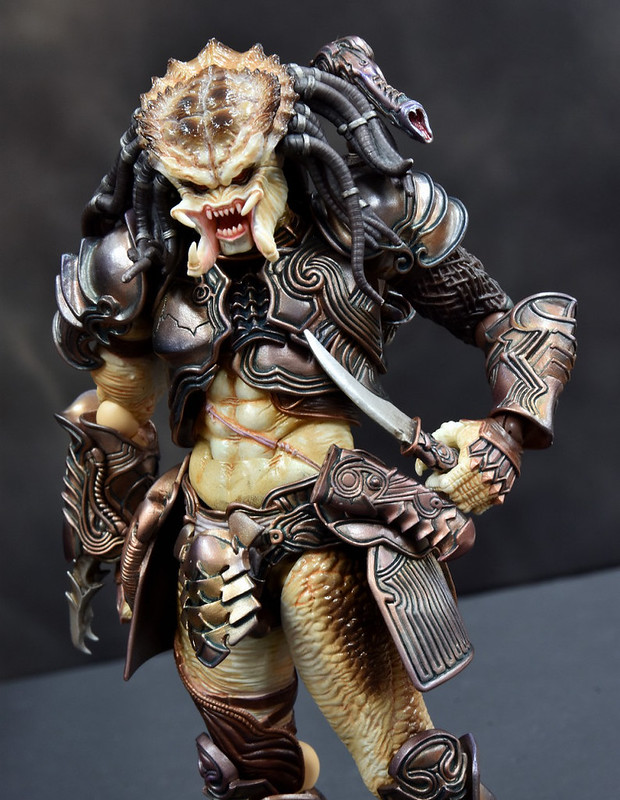 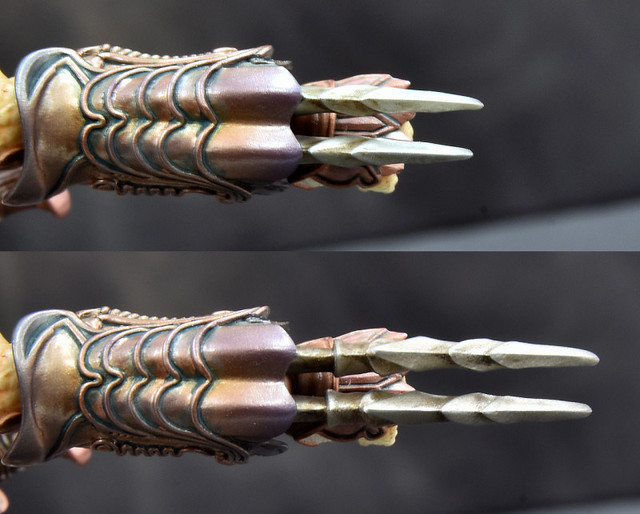 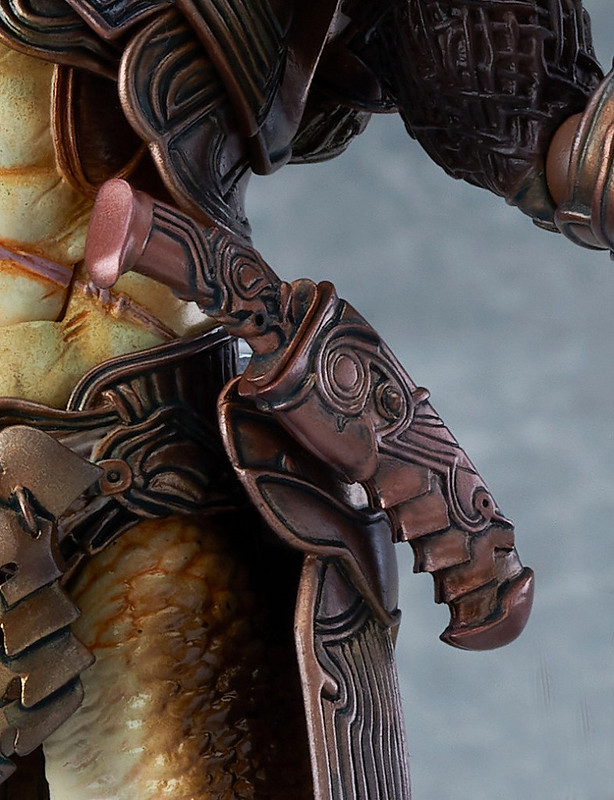 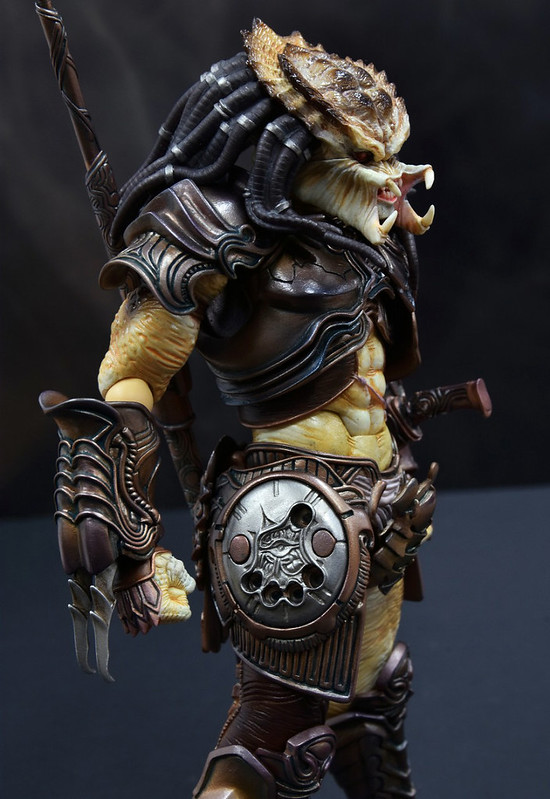 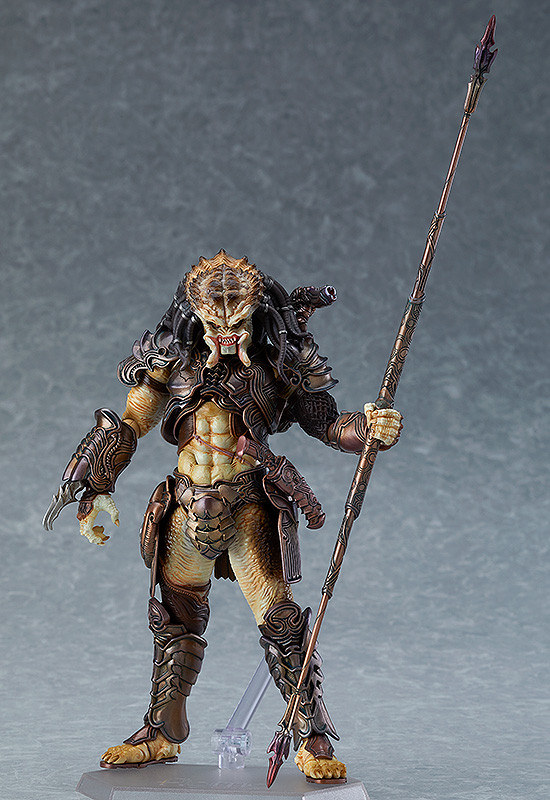 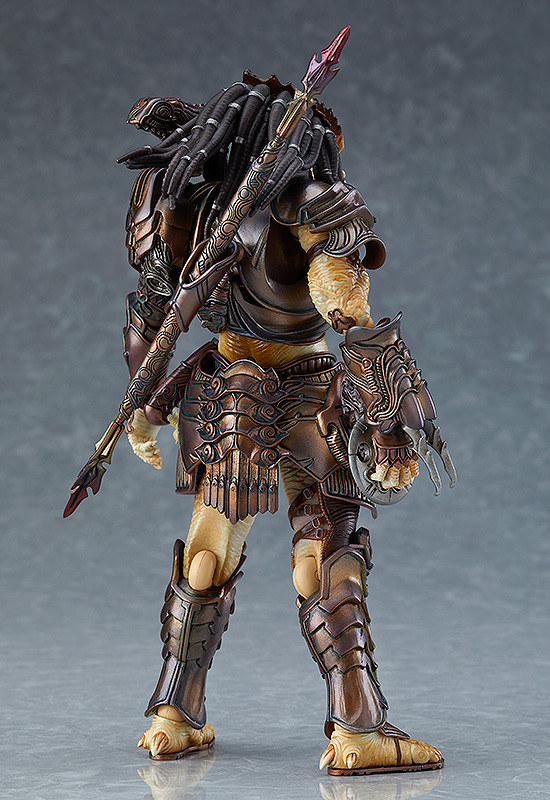 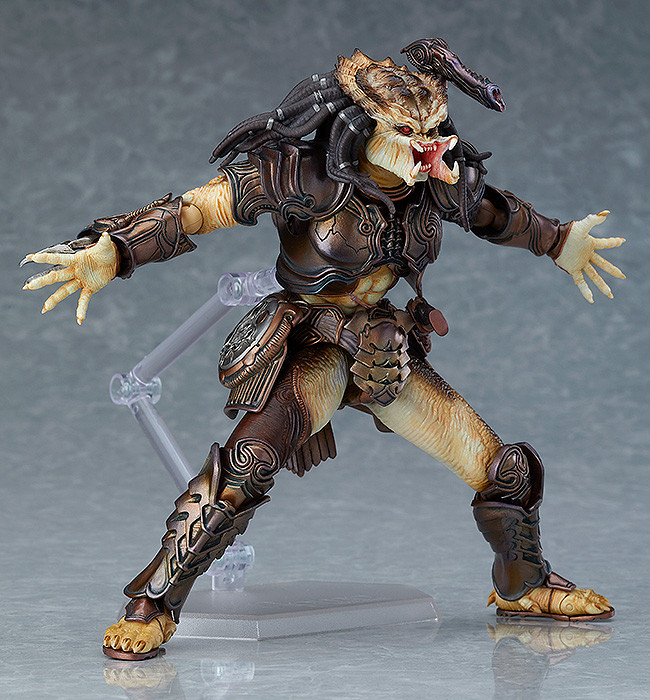 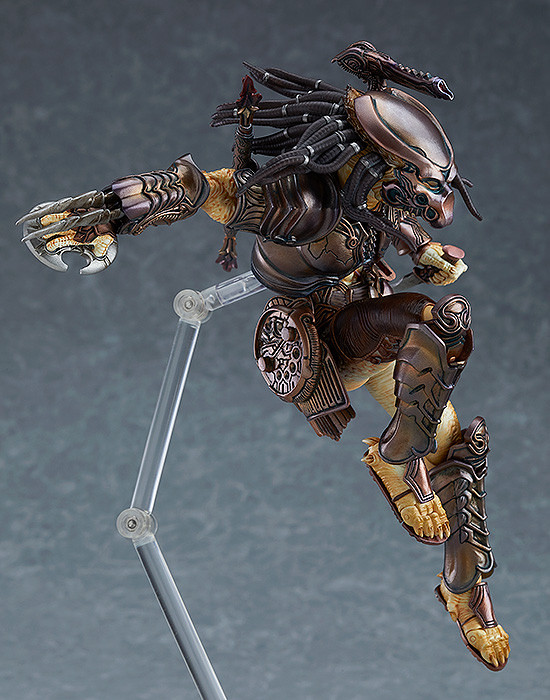 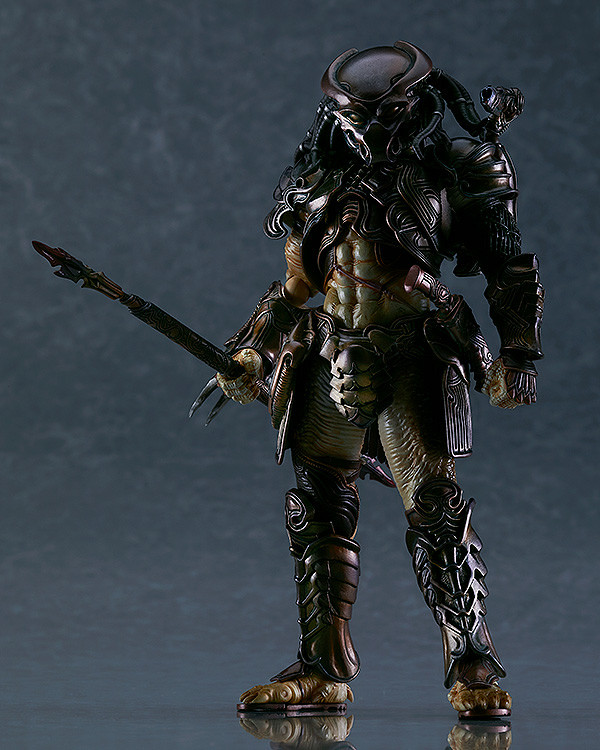