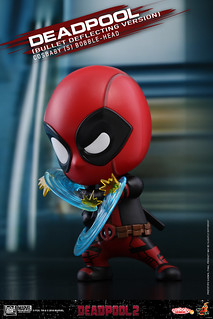 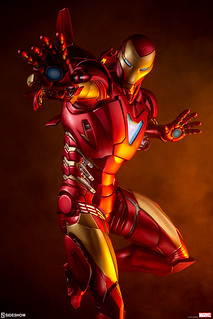 With SDCC 2018 just days away, LEGO has unveiled three new boxed sets from the upcoming The LEGO Movie 2 which will be on display at the convention! Can't wait? Then check out the Comic-Con Exclusive Apocalypseburg Unikitty minifigure! 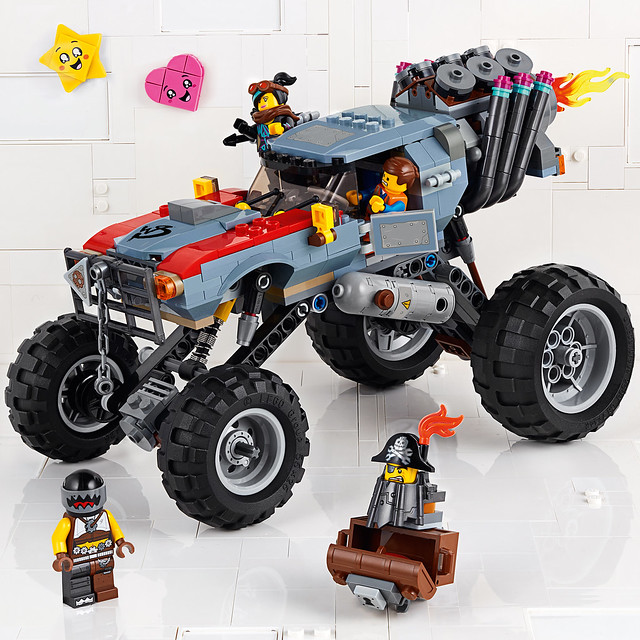 The LEGO Movie 2: The Second Part picks up after the end of the first film, with Bricksburg now rendered an apocalyptic wasteland called Apocalypseburg following the Duplo invasion. The inhabitants of the city now live in chaos, forced to pick up arms with their clothes in tatters. That is, everyone except Emmet, still set on "Everything is Awesome" mode and completely unaffected by the events that have transpired. One day, an alien called Sweet Mayhem arrives and kidnaps several of his friends, including his girlfriend Lucy! Now, Emmet must brick up to rescue his friends... All three of the unveiled sets can be spotted in the trailer, so check it out!

Needless to say, Unikitty is super angry! As the monstrous Ultrakatty, she is covered from head to toe in armor and spikes with flame decals on her legs. Emmet and Lucy can ride Ultrakatty via the saddle and reins on her back, and Ultrakatty herself comes with three facial expressions (happy, angry, SUPER ANRGY). The set also includes a brick-built Duplo invader! 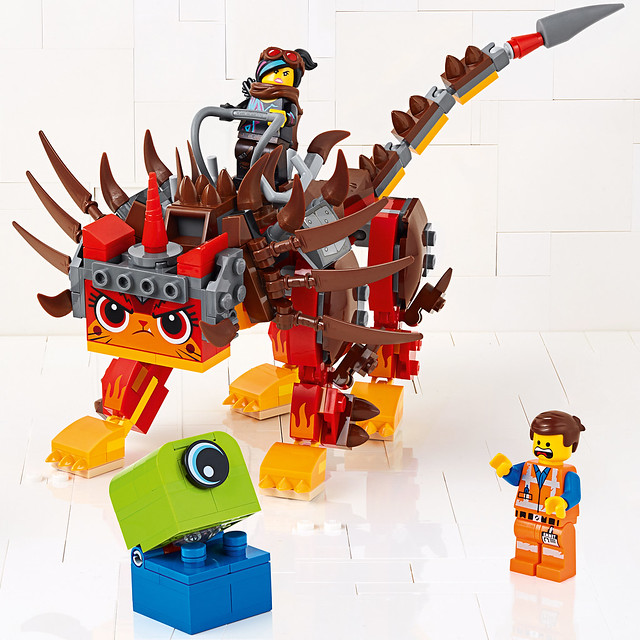 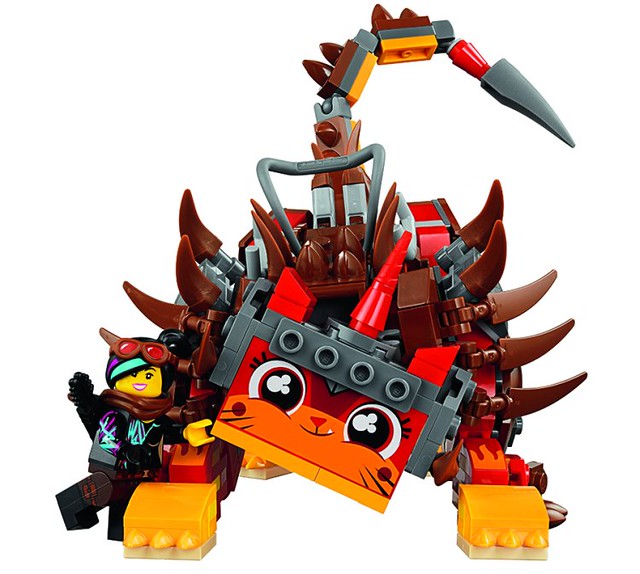 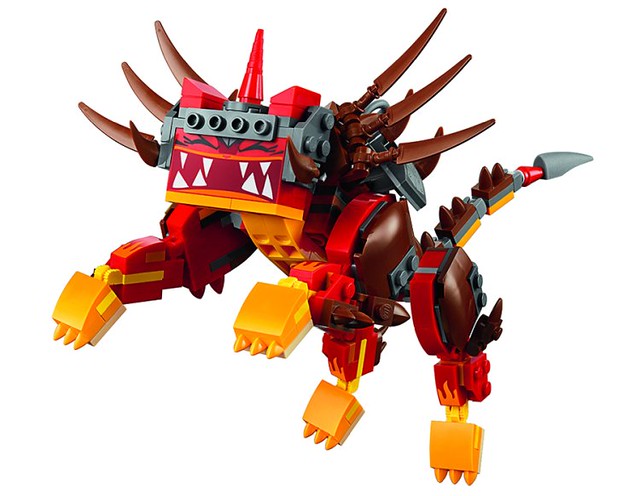 Help Emmet and Lucy escape the alien invaders! This awesome escape buggy is mounted on four massive wheels with an aggressive fire-spitting engine. The set comes with Lucy, Emmet, and Sharkia minifigures, as well as the brick-built Metalbeard, Star and Heart. It is unclear what role the new characters will play in the film, but I've got a bad feeling about this...

▼ From the construction of the escape buggy, it would seem you can propel it forward by pressing on the vehicle. 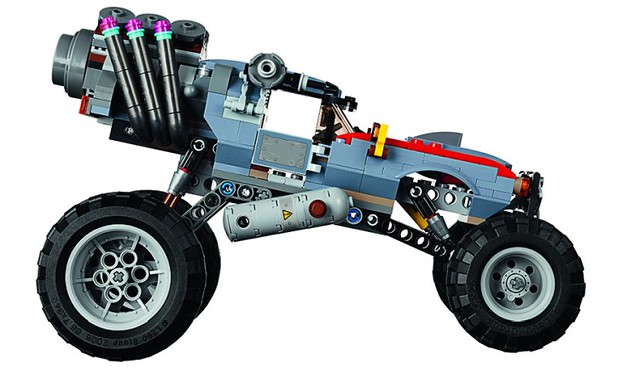 ▼ The new Sharkia minifigure wears a helmet with plenty of gear details. 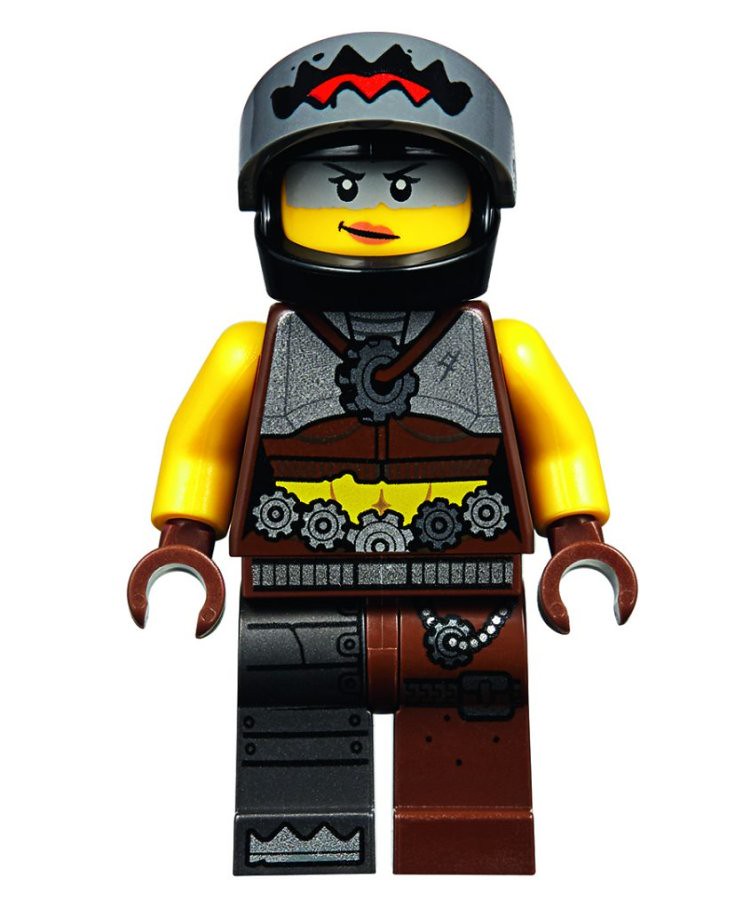 Sweet Mayhem's futuristic-looking starship is spherical, adorned with plenty of curved and turquoise pieces. Minifigures include Luc, Emmet and the Sweet Mayhem mini-doll with new helmet and wings appropriate for her extraterrestrial origin. 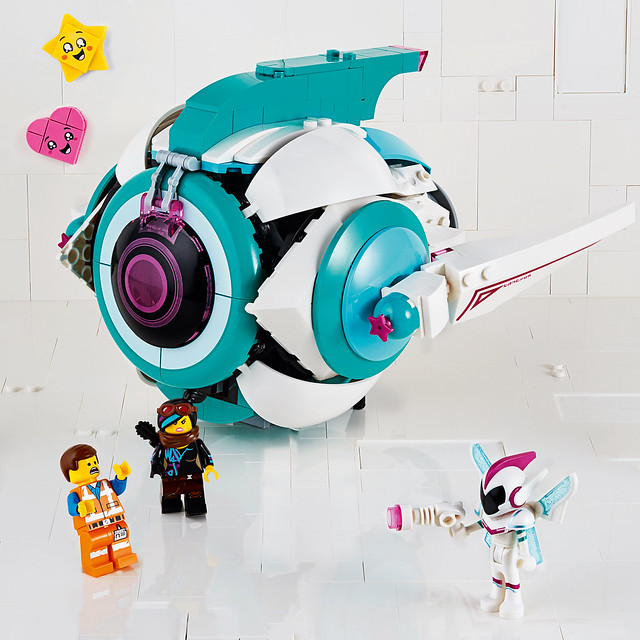