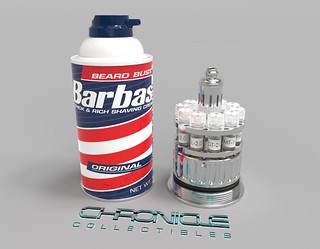 Capture the Dinos with the Barbasol Can Replica from Chronicle Collectibles! 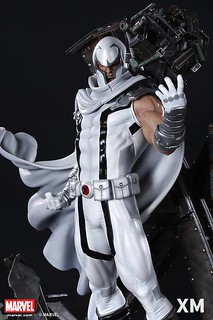 Japan's Phat! Company, which specializes in PVC figure models, now brings you the goddess of water herself, Aqua 1/7 Scale Figure from popular light novel and anime KonoSuba! The figure is expected to release April 2019. 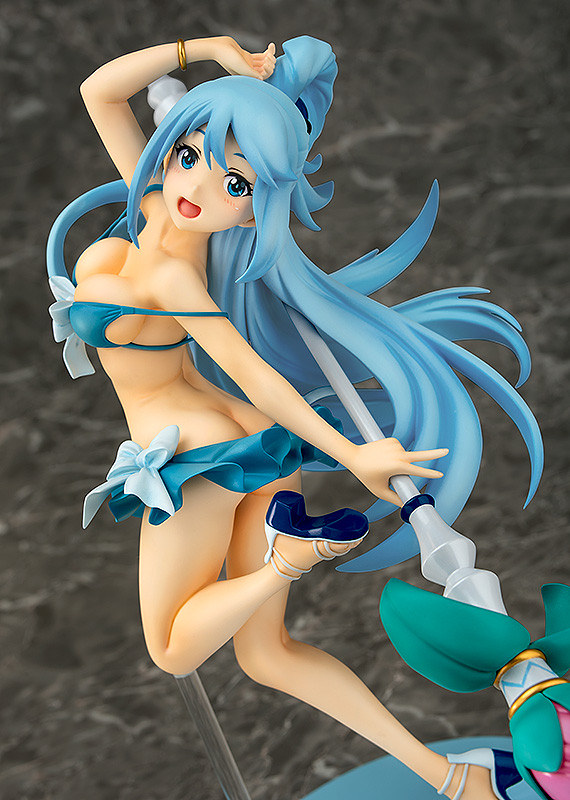 As her name would suggest, Aqua is the Goddess of Water, guiding humans in the afterlife for centuries. As a goddess, she was extremely powerful due to the rabid devotion of her followers. After arriving in the Fantasy World, she specialized in healing and purification spells, providing support to the other members in the party. The caveat is her below average luck and intelligence. Aqua is also pompous, brash and often quite short-sighted, which tends to create problems for her companions. But this goddess is nevertheless an endearing character who has won the hearts of many fans. 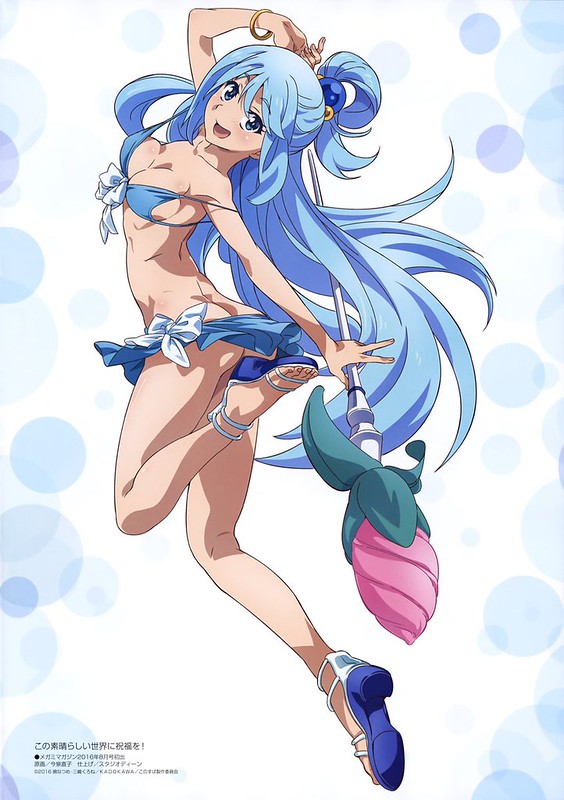 Aqua 1/7 Scale Figure is based on the poster art included in Megami Magazine, featuring the goddess of water in a bold, leaping pose with long flowing blue hair, her swimsuit struggling to contain her busty chest and curvaceous body. 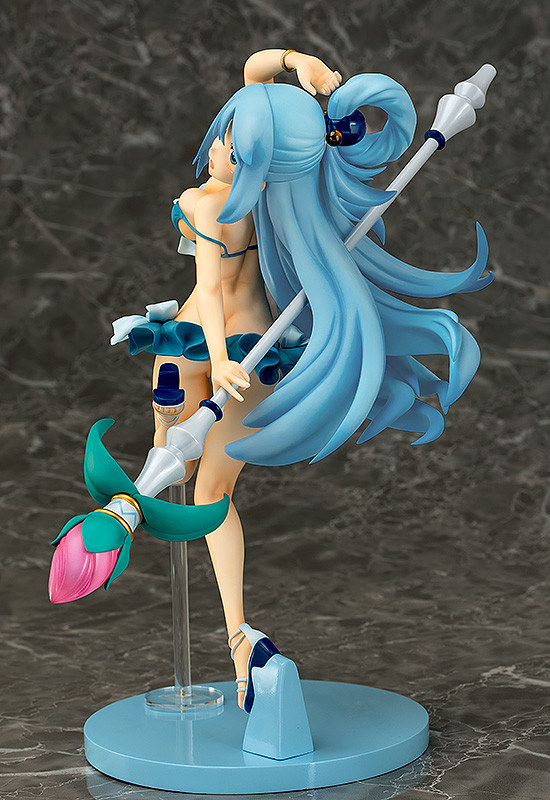 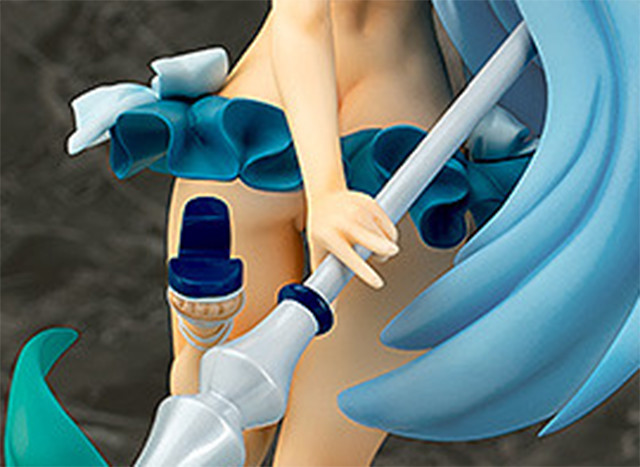 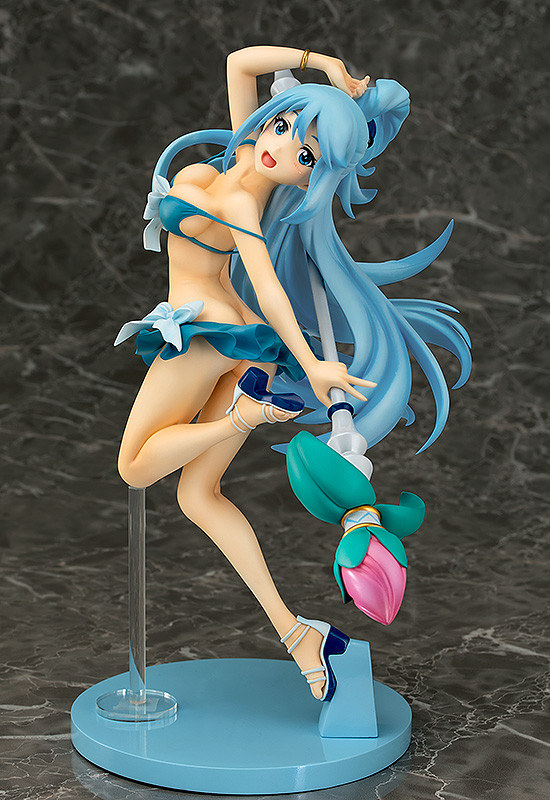 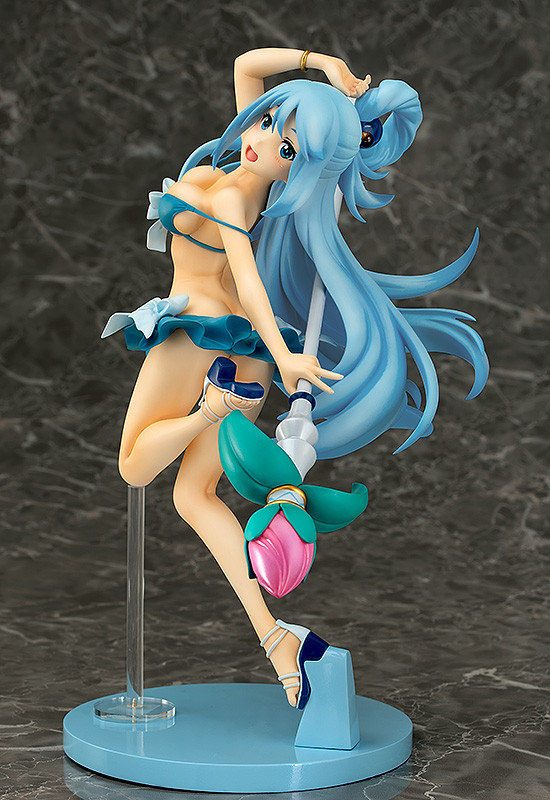 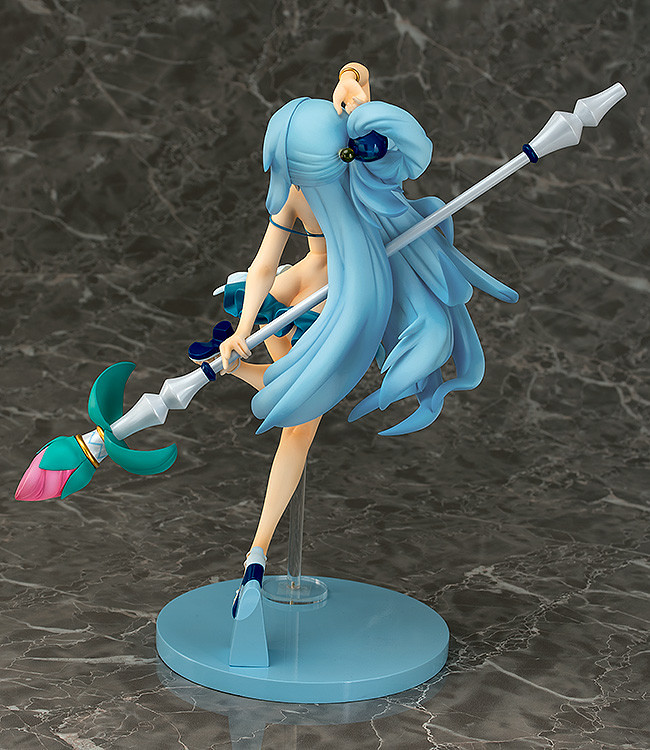