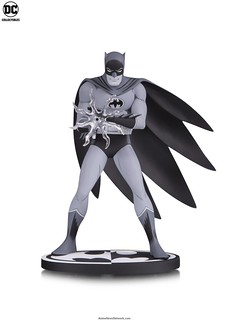 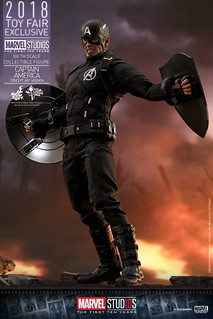 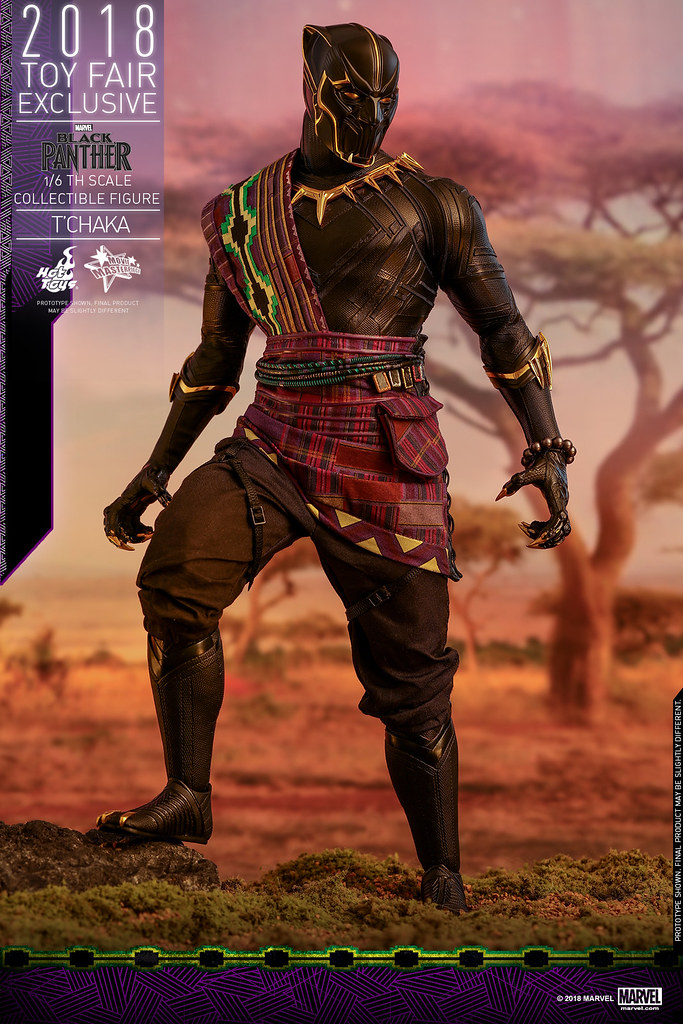 In Black Panther, King T'Chaka, in full Black Panther armor, travels to Oakland in order to bring his brother N'Jobu, who has been secretly helping arms dealer Ulysses Klaue steal Vibranium, back to Wakanda to face trial. Though the character only saw limited screen time in the film, Hot Toys has now brought this King of Wakanda to life, covered in black and draped in Wakandan robes, which certainly stands out amongst T'Challa and Killmonger's suits! 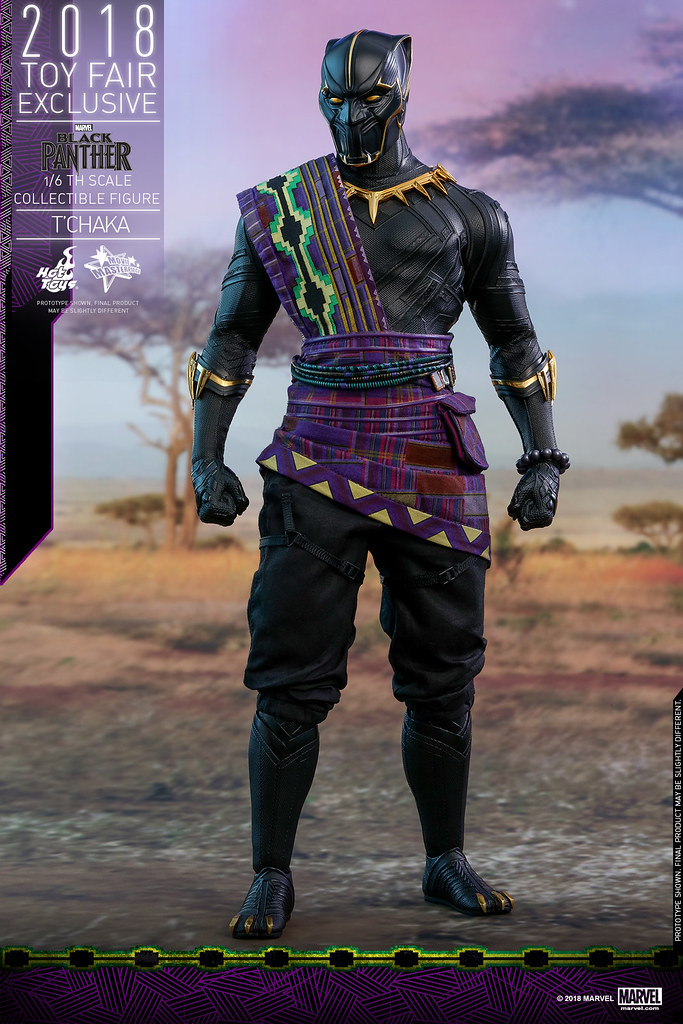 T'Chaka 1/6th Scale Collectible Figure is 12" (31 cm) tall with 30 total points of articulation. Fastened around his black and gold suit are colorful beads and fabrics with Wakandan patterns, and the suit even features black tactical trousers. The skin-tight suit is based off the character's in-film design, while the claws and gold accents are made from a metallic material for optimal texture and shine. Keen-eyed fans can even spot the Kimoyo Beads around his left wrist. The figure also includes interchangeable hands, allowing T'Chaka to close his fist or extend his claws. This is one good looking Panther! 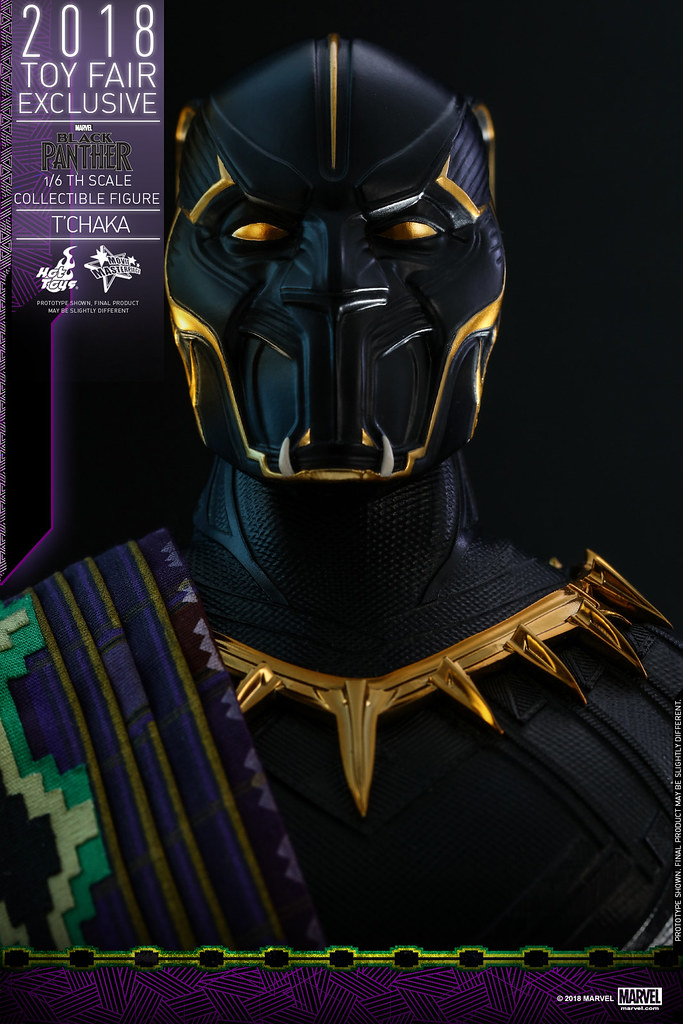 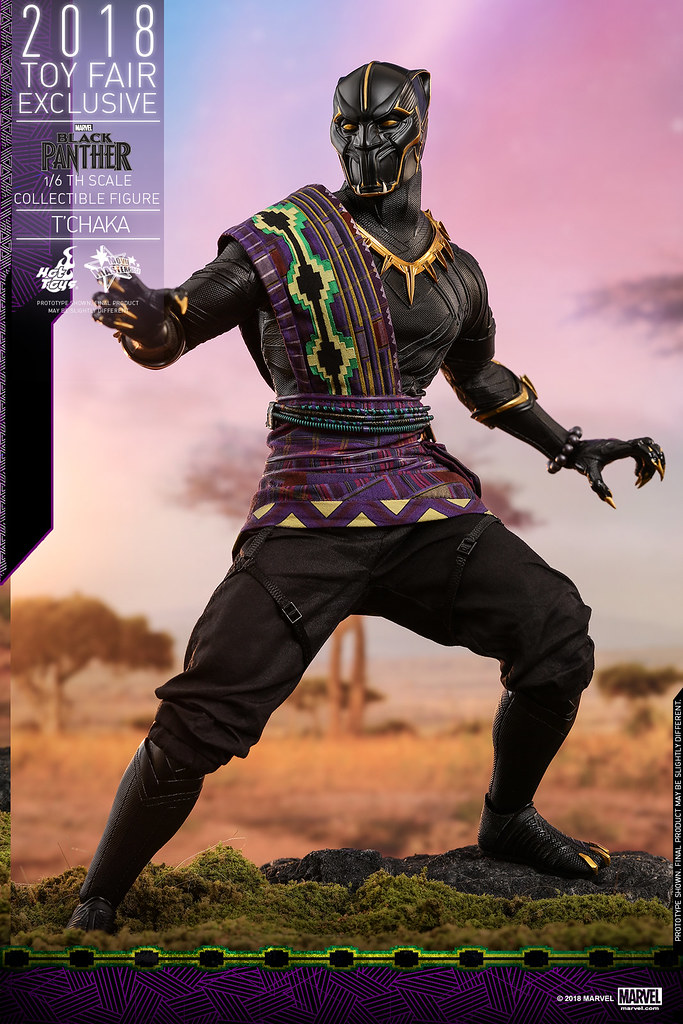 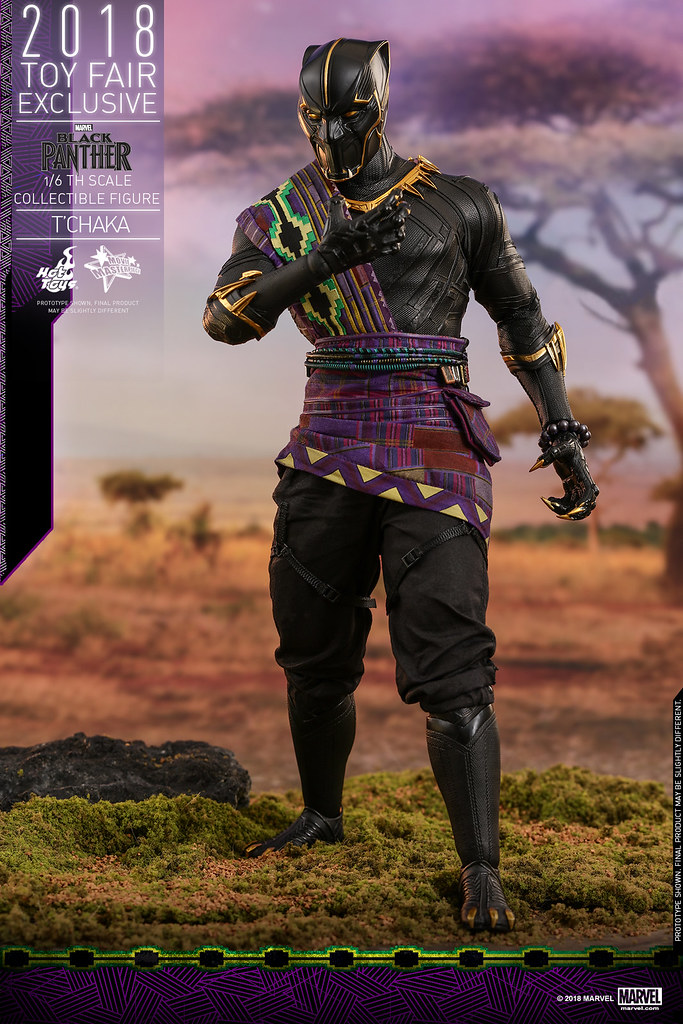 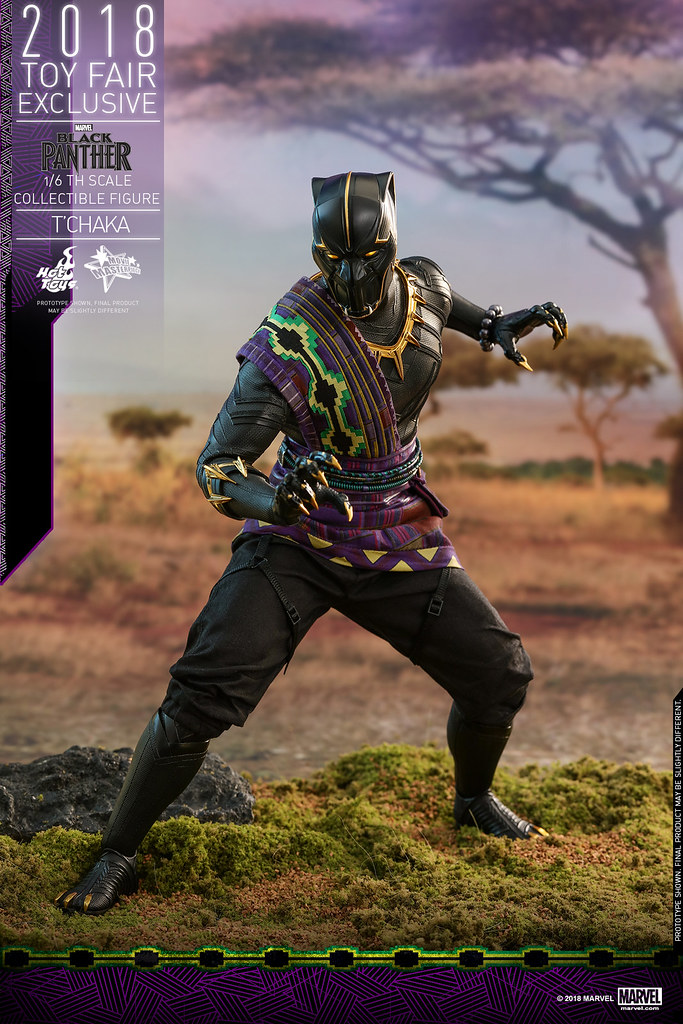 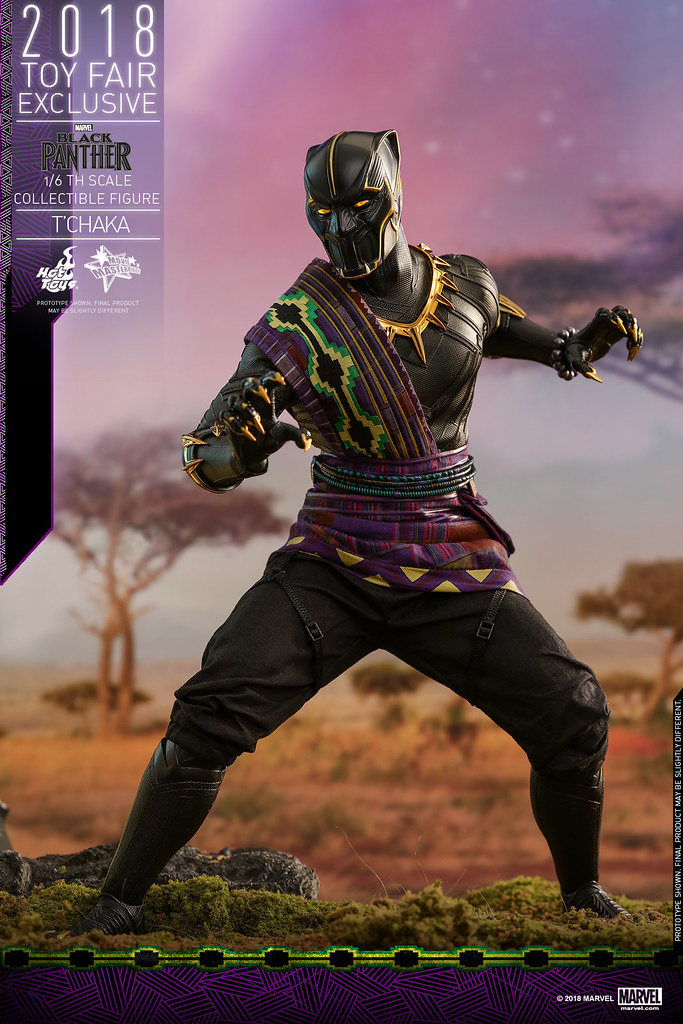 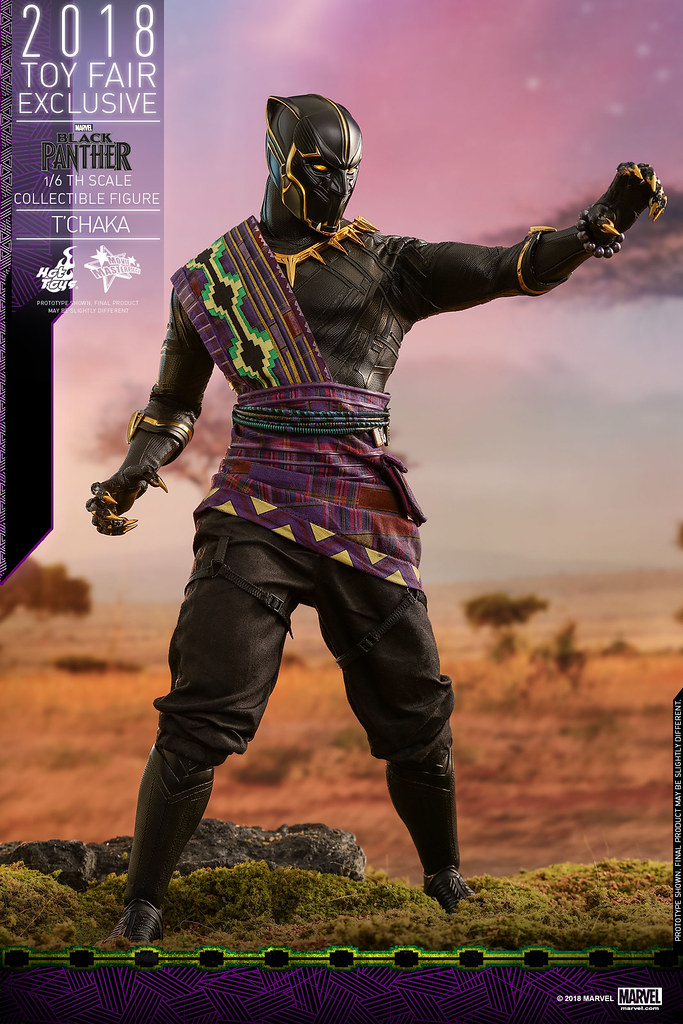 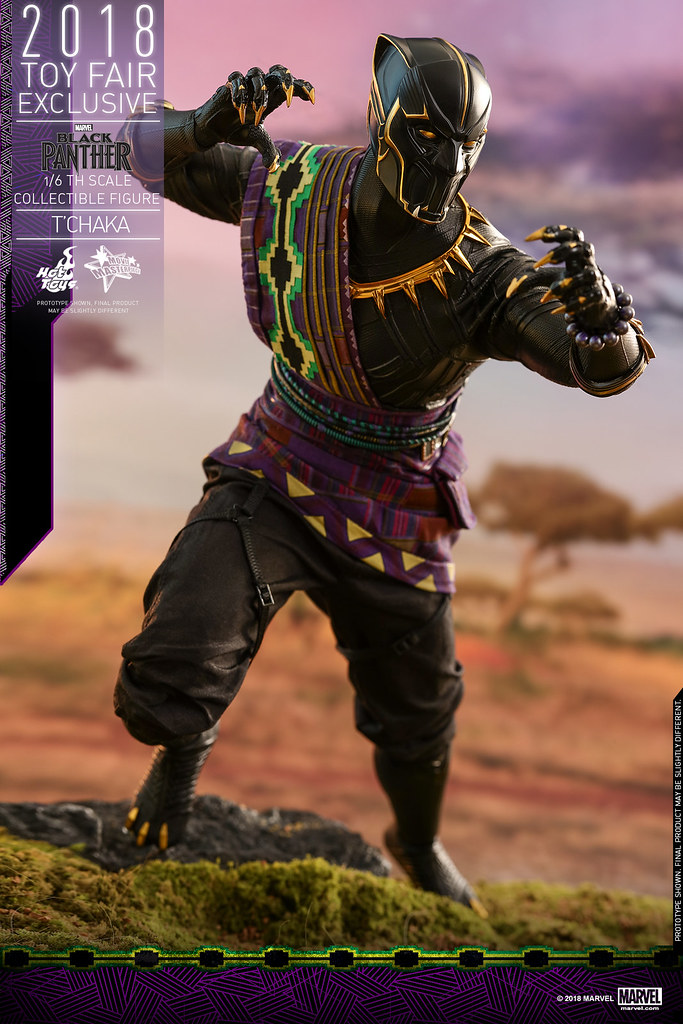 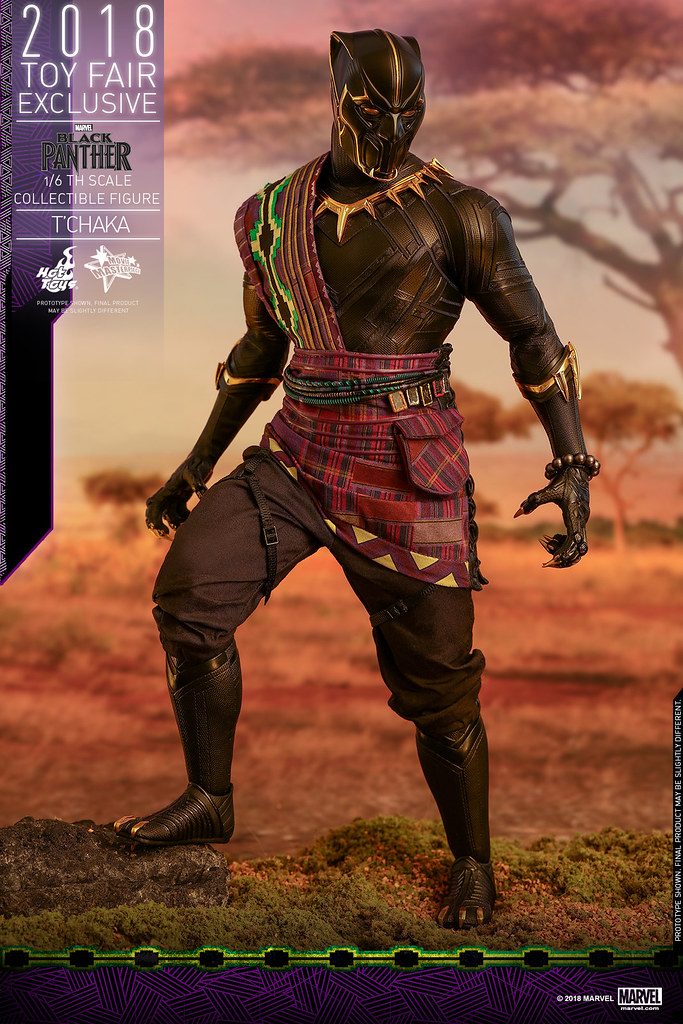 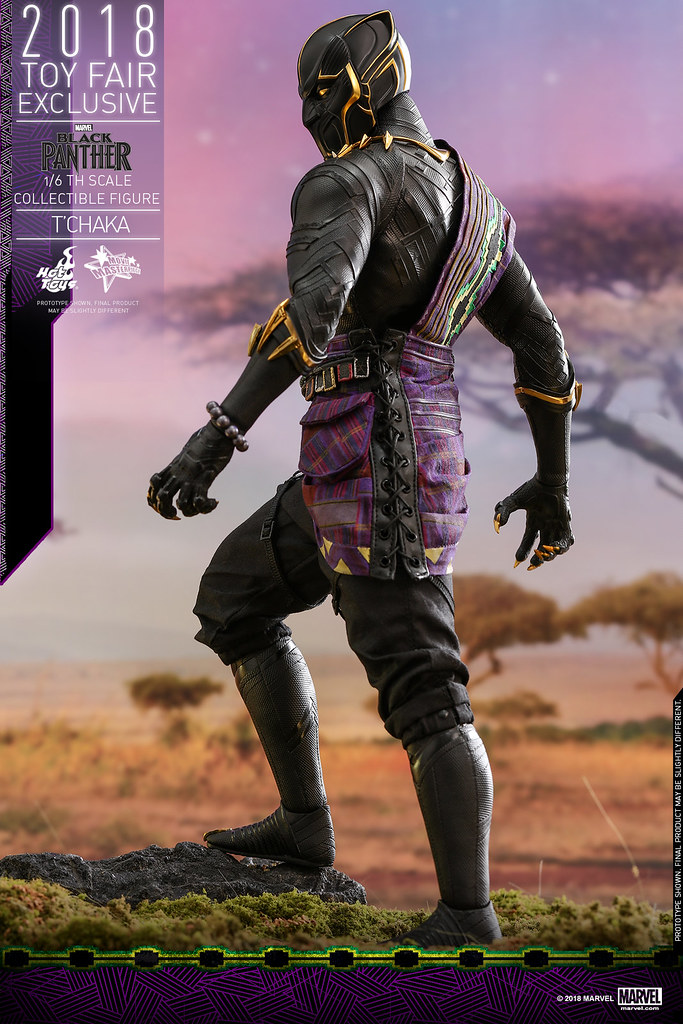 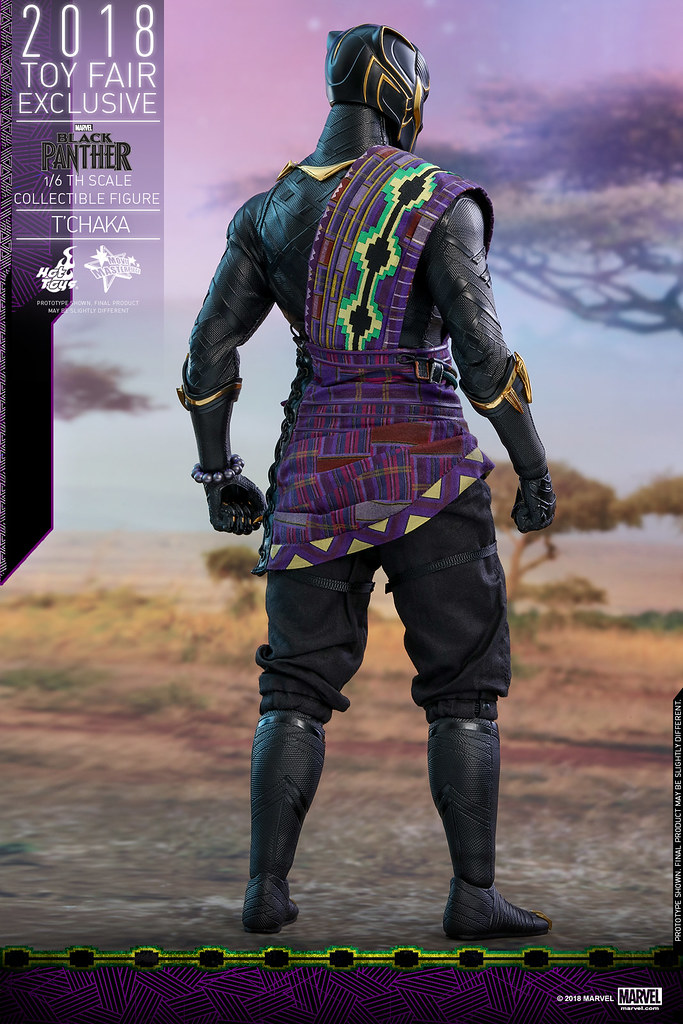 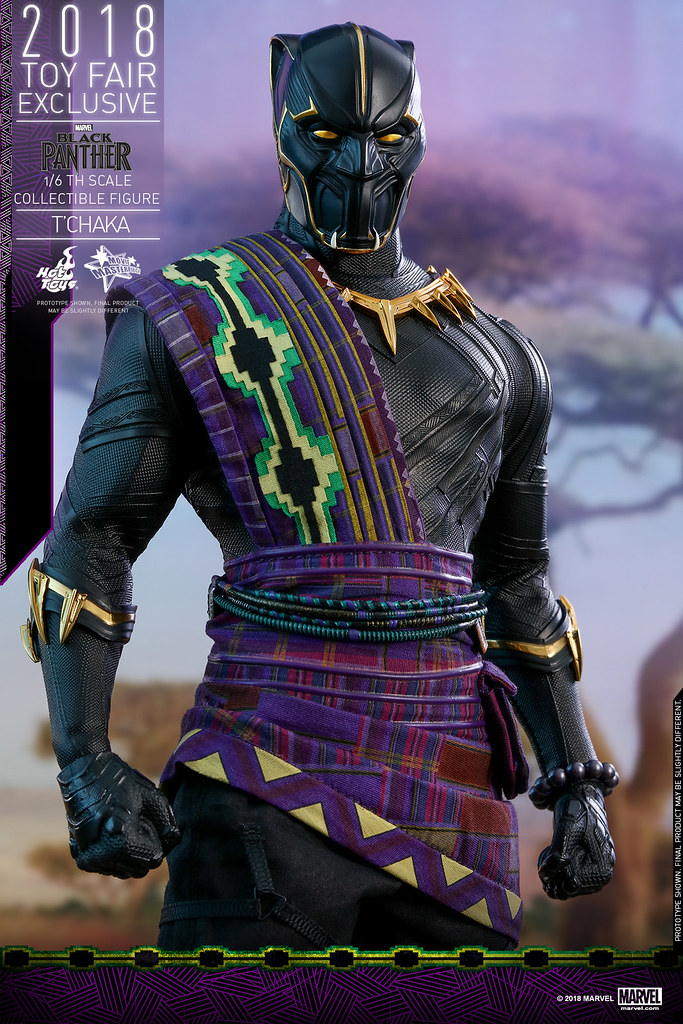 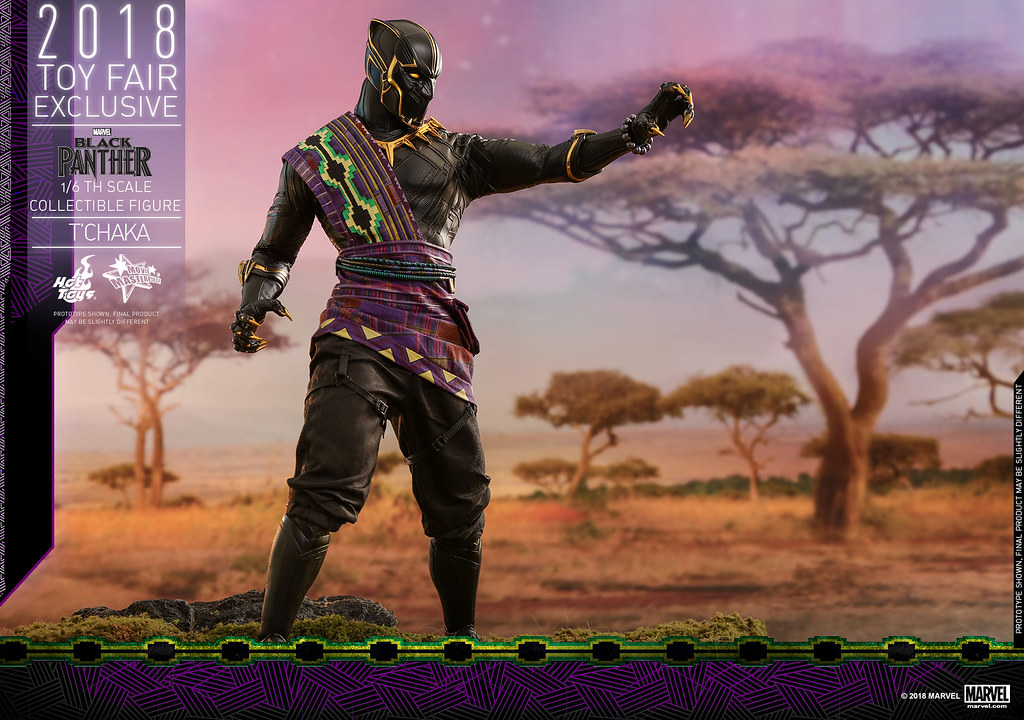 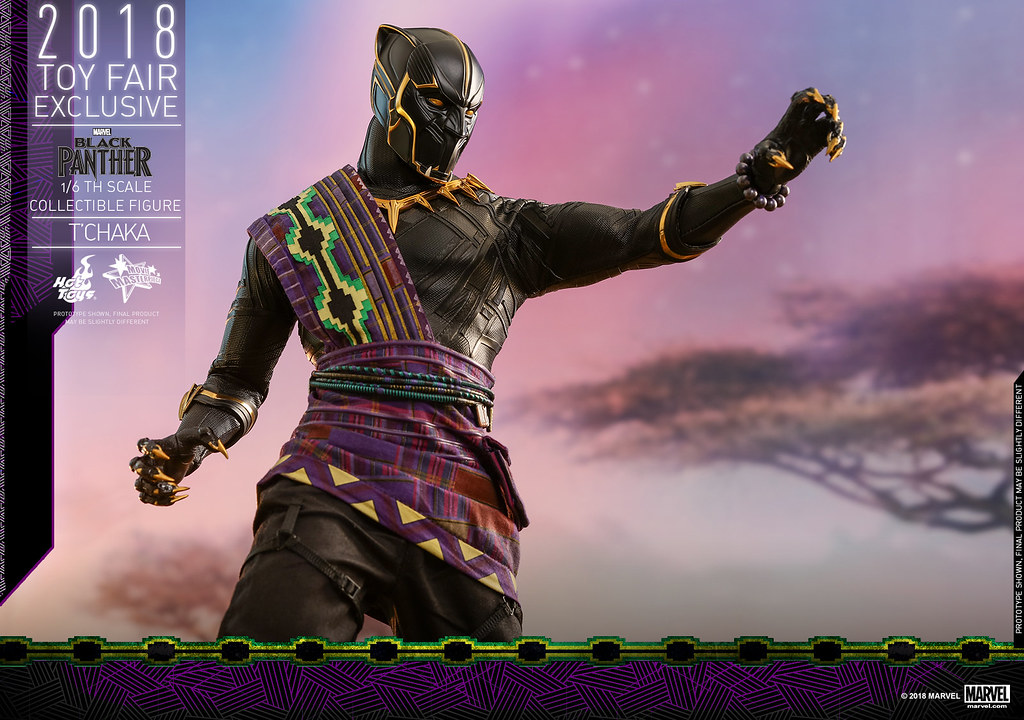 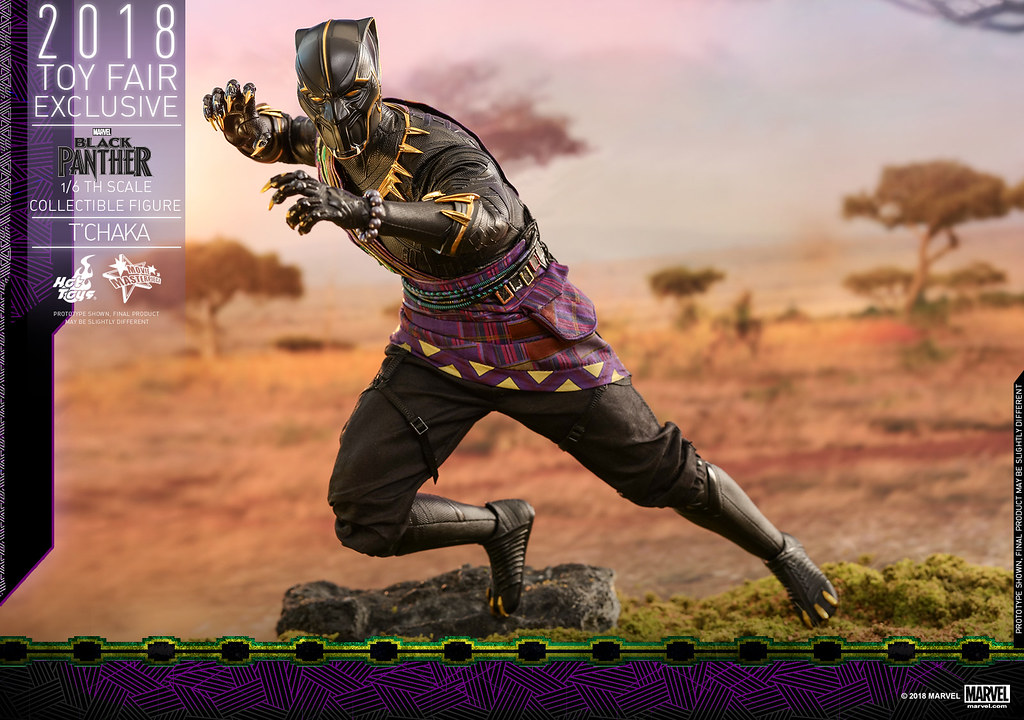 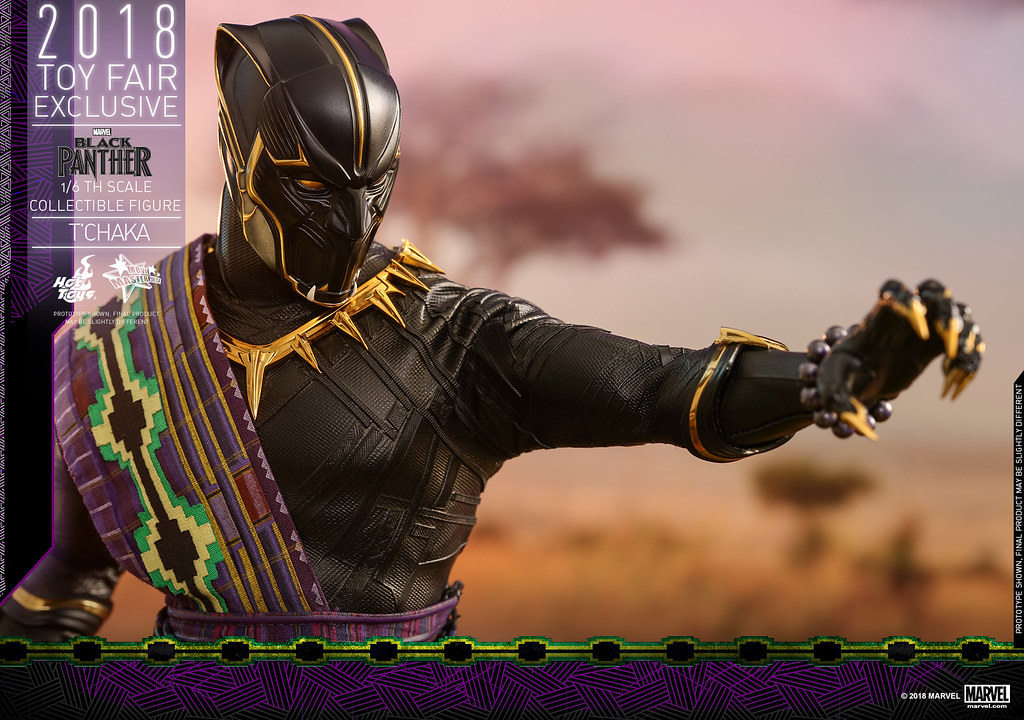 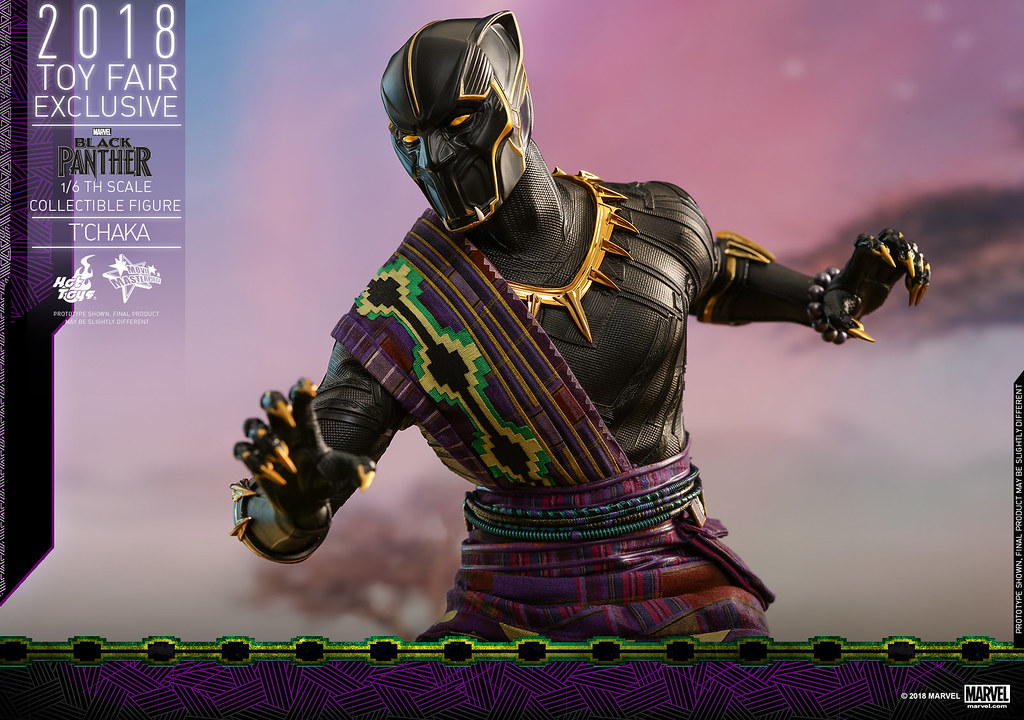 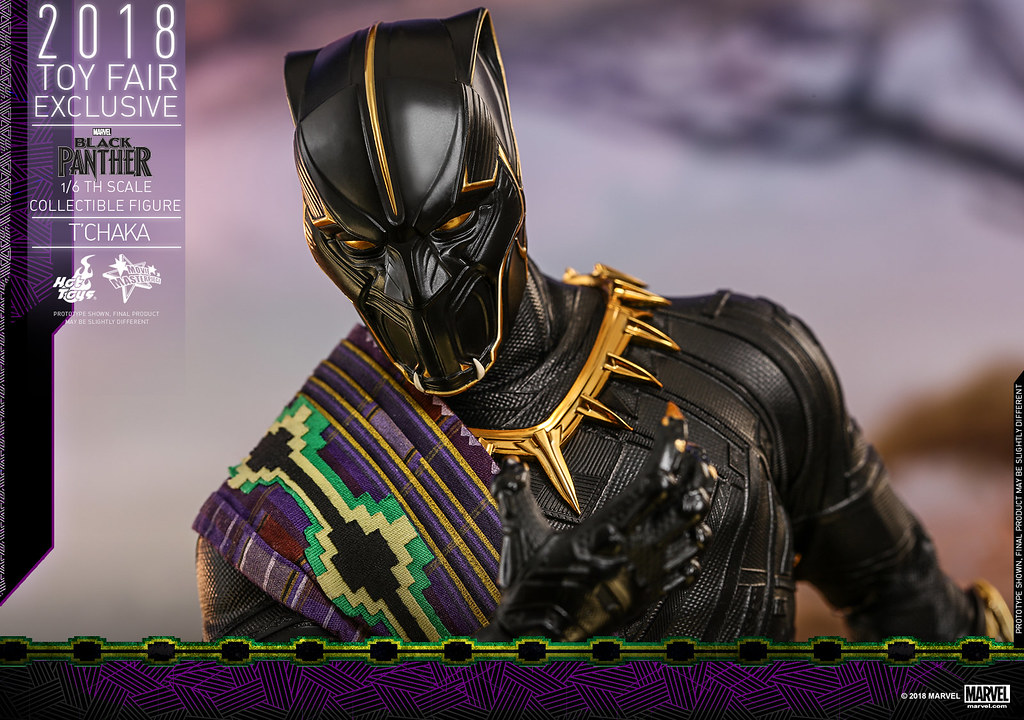 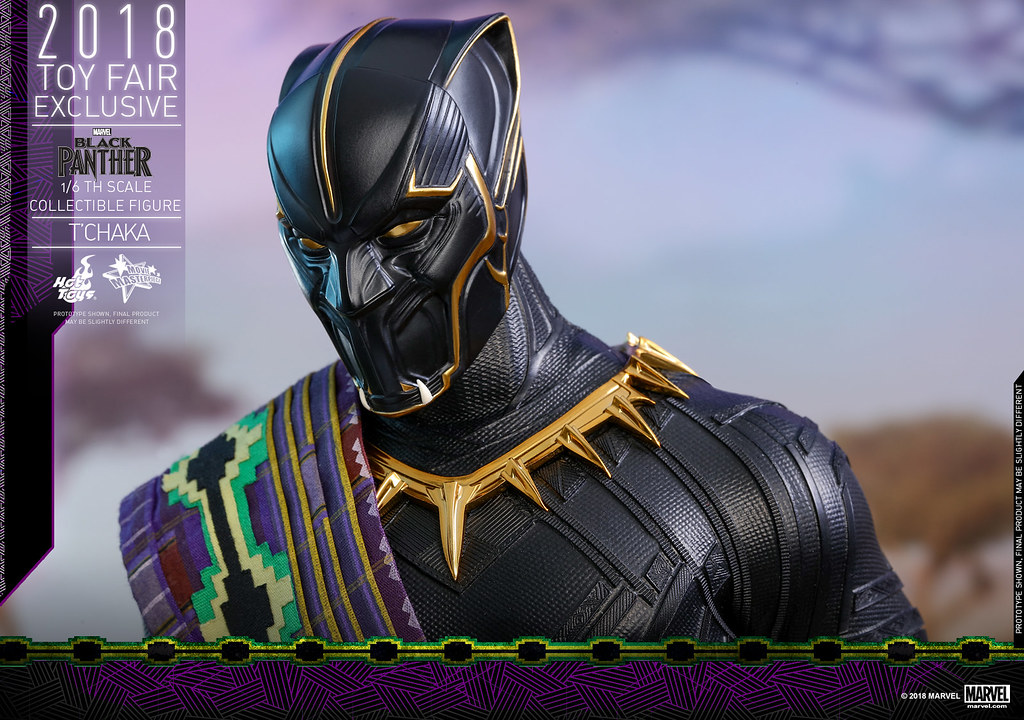 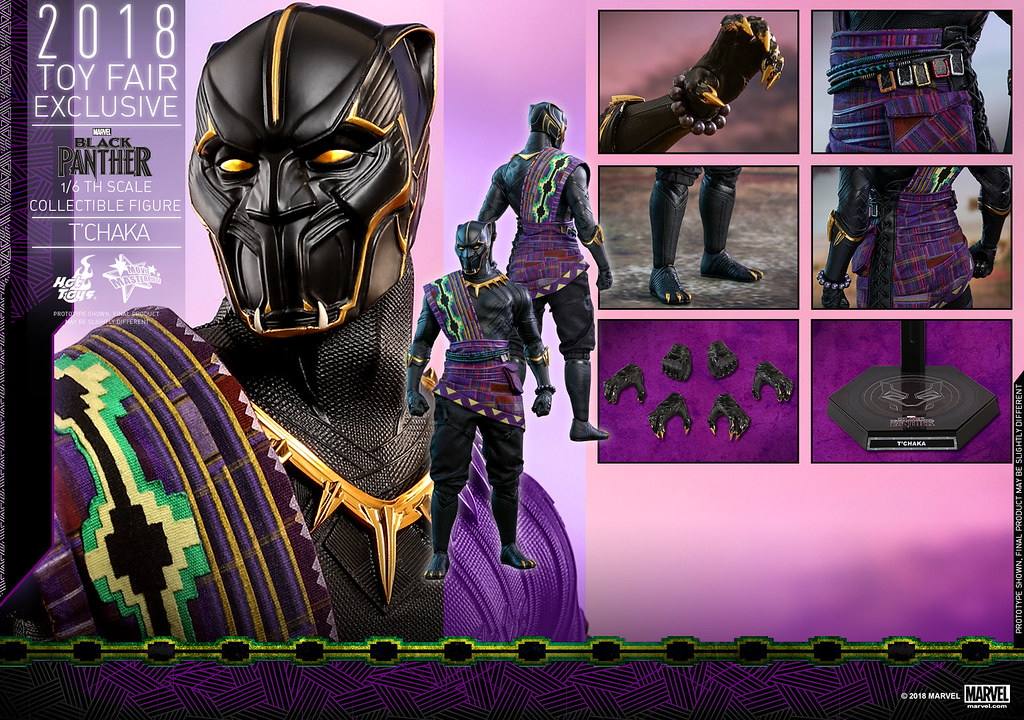