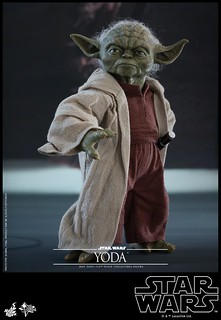 “I have become more powerful than any Jedi. Even you!”

Following a flurry of Han Solo figures from Solo: A Star Wars Story, Hot Toys has unveiled Yoda and Count Dooku from Star Wars Episode II: Attack of the Clones, featuring an array of exciting accessories that fans can use to recreate the legendary duel between the former master and apprentice. Count Dooku 1/6th Scale Collectible Figure will release Q2-Q3 2019. 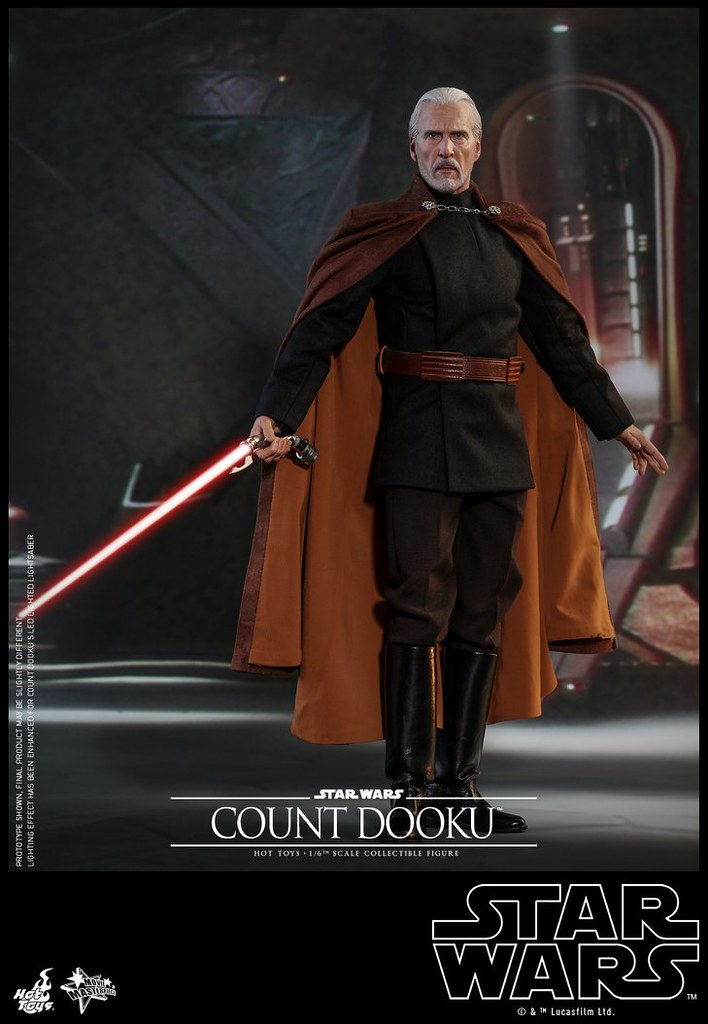 Formerly Yoda’s apprentice and Qui-Gon Jinn’s master, Dooku, discontent with the corruption of the Republic and affected by Qui-Gon’s death on Naboo, left the Jedi Order, returning to his home planet of Serenno to reclaim the title of Count. A gifted force user and duelist, Count Dooku was able to master force lightning, bringing his combat strength to new heights, easily defeating young Anakin Skywalker and his master Obi-Wan Kenobi while dueling Yoda to a standstill in Attack of the Clones. 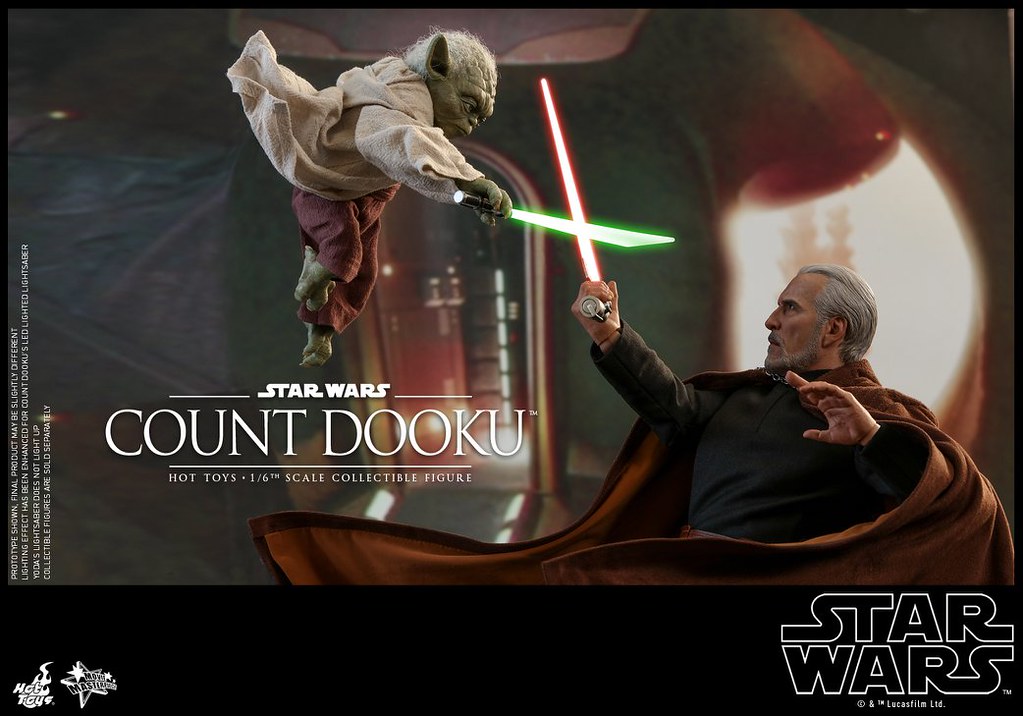 ▼Dooku may be a powerful Sith, but when you're going up against Yoda...


Count Dooku 1/6th Scale Collectible Figure measures 33 cm tall with 30 total points of articulation. Sculpted by Kojun and colored by the duo of E-Lee and J.C. Hong to recreate the Christopher Lee’s features and character, with shadow effects on the cheek and more realistic detailing in the hair, beard and skin texture. His brown garb and cape has been faithfully reproduced, while Dooku’s curved red lightsaber has a built-in LED function, with the force lightning effect piece showing off a purple to blue gradient. 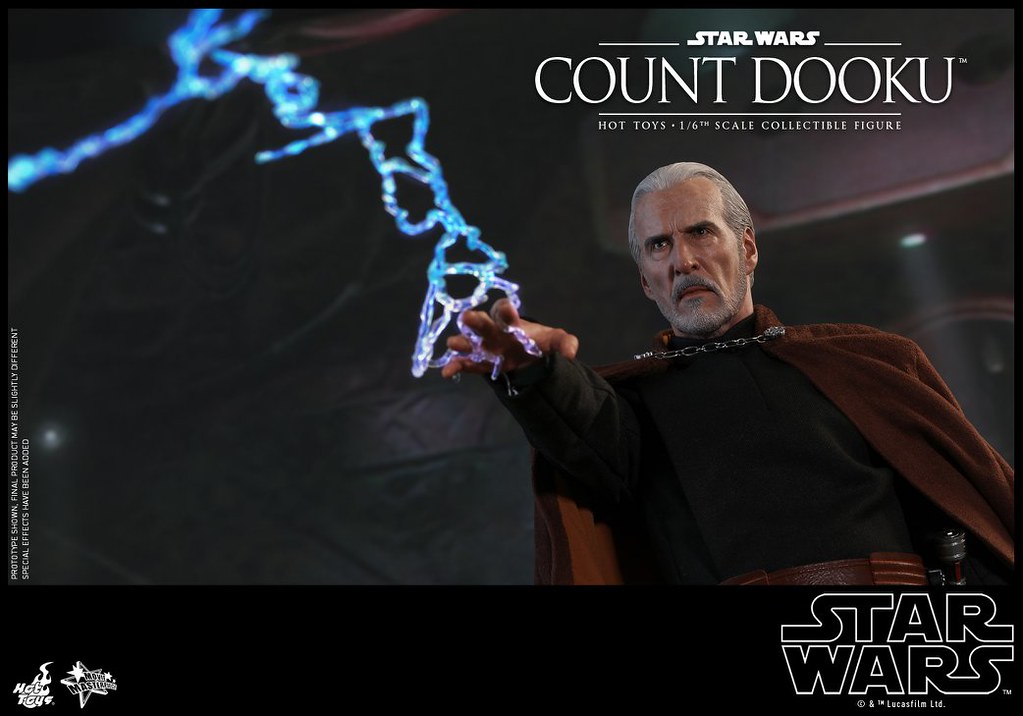 In addition, the figure comes with a hologram projector with Jango Fett, B-1 Battle Droid, Darth Sidious and Death Star projections for more playability. 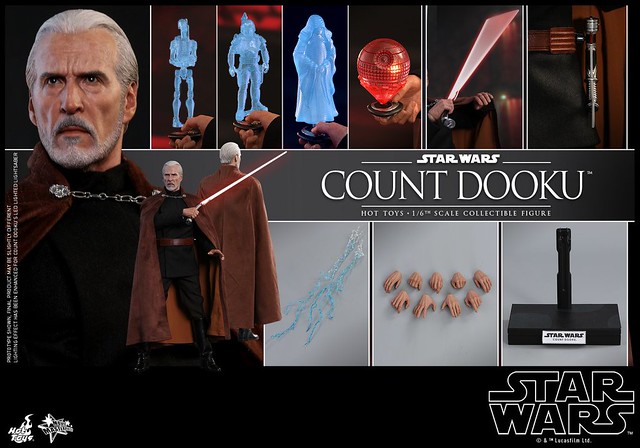 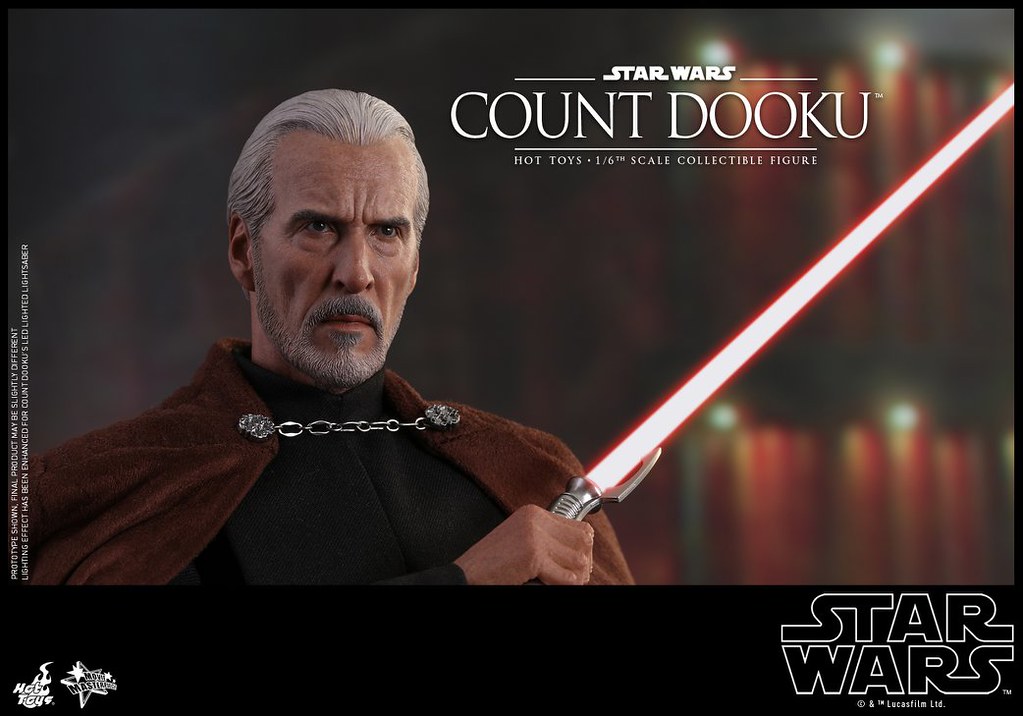 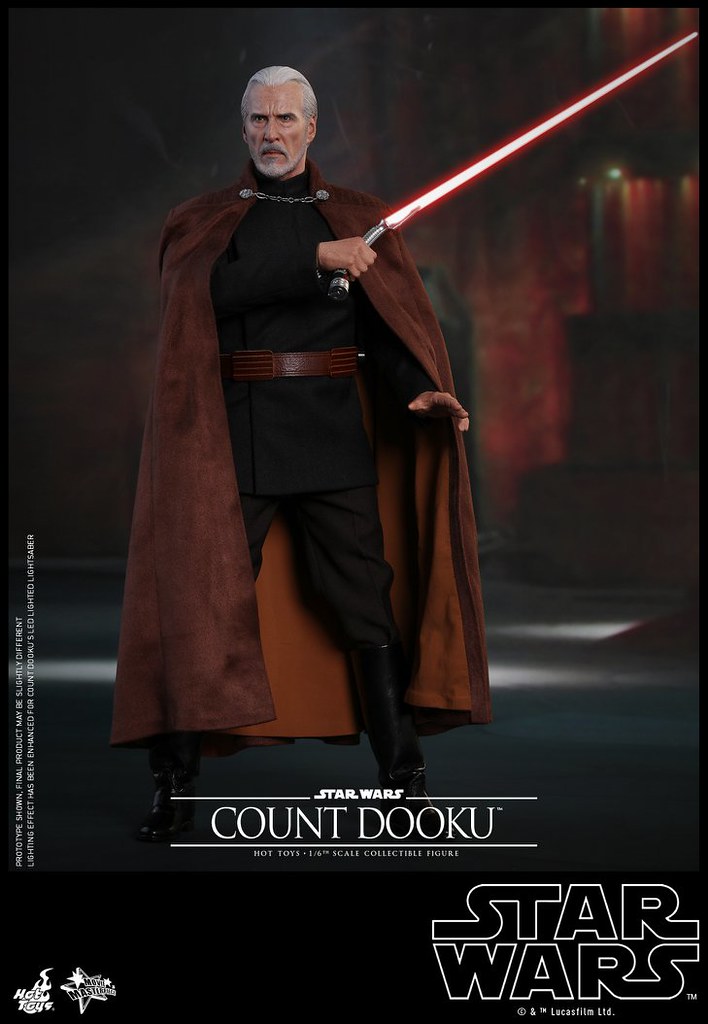 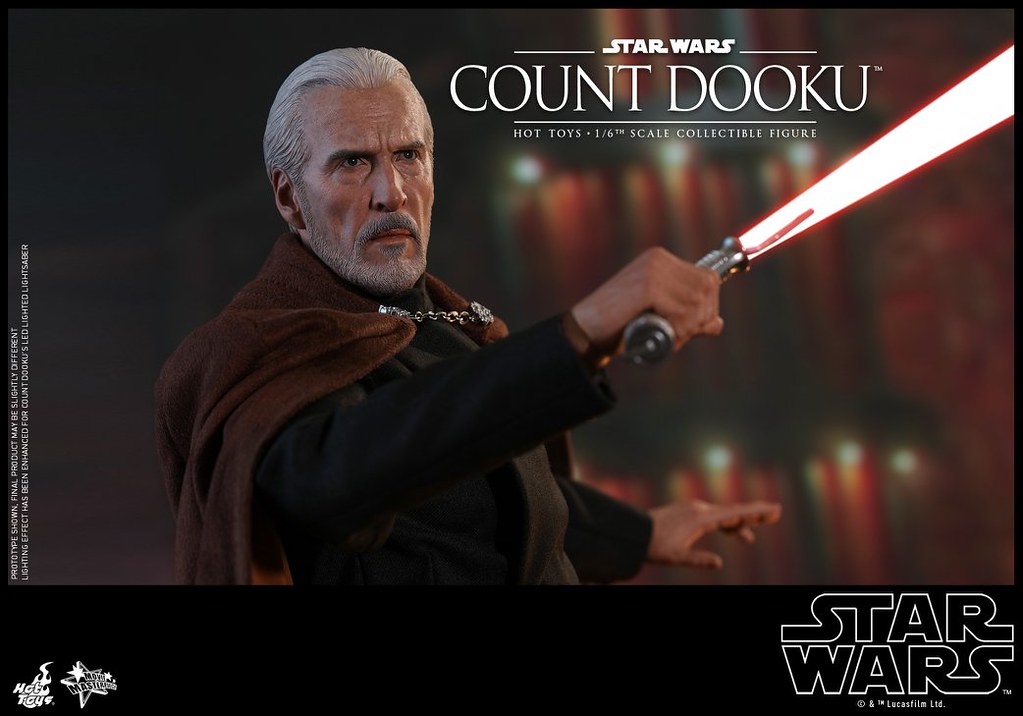 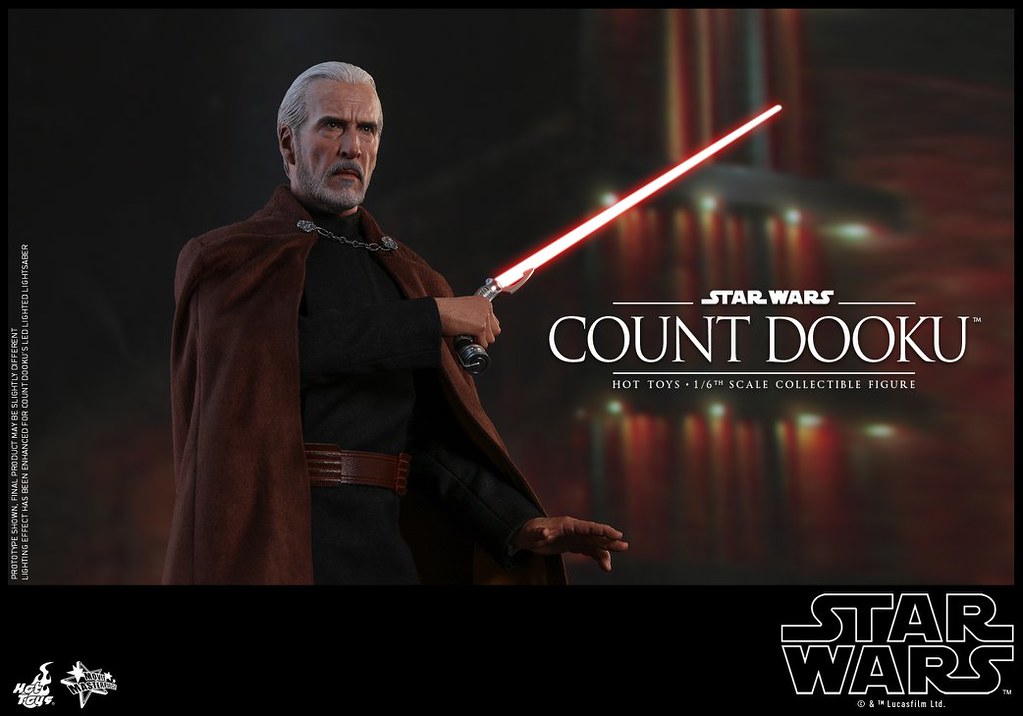 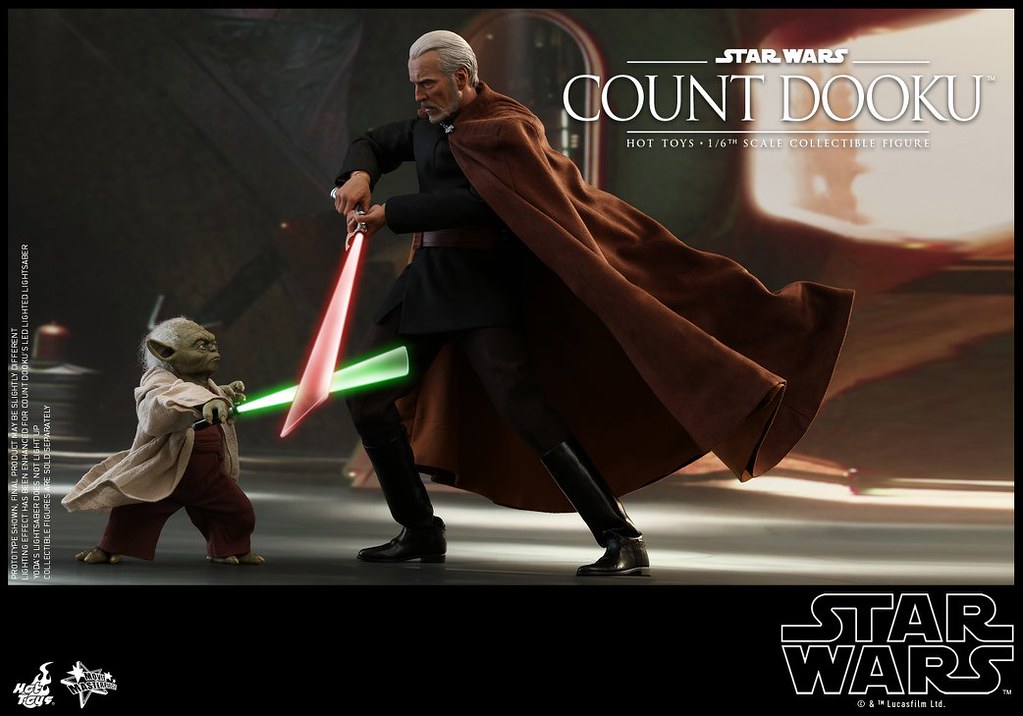 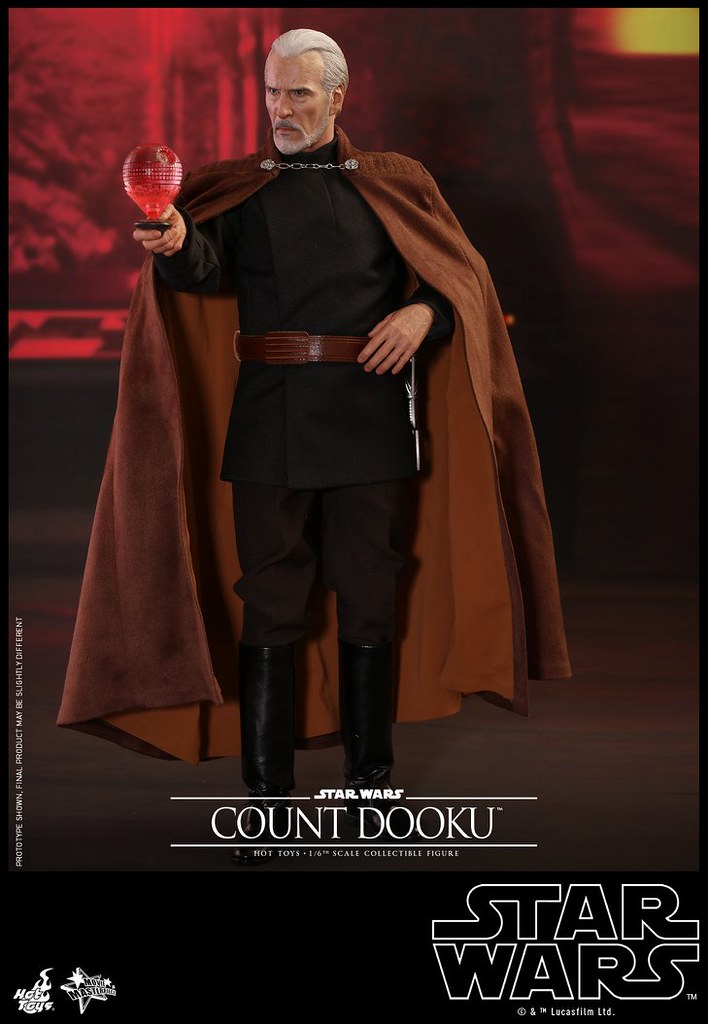 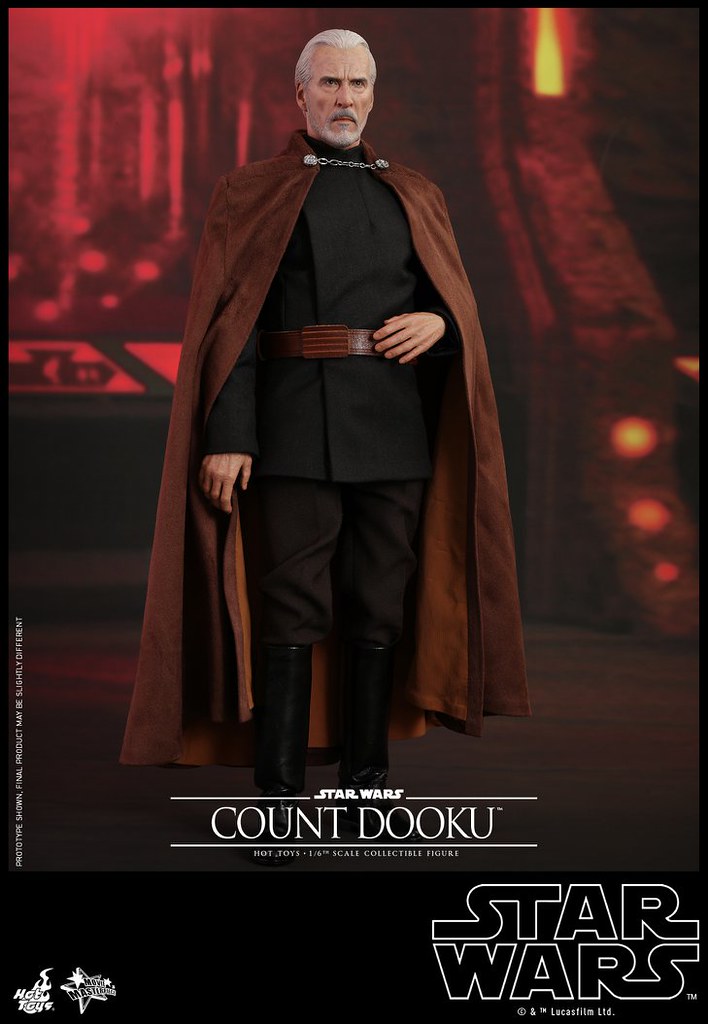 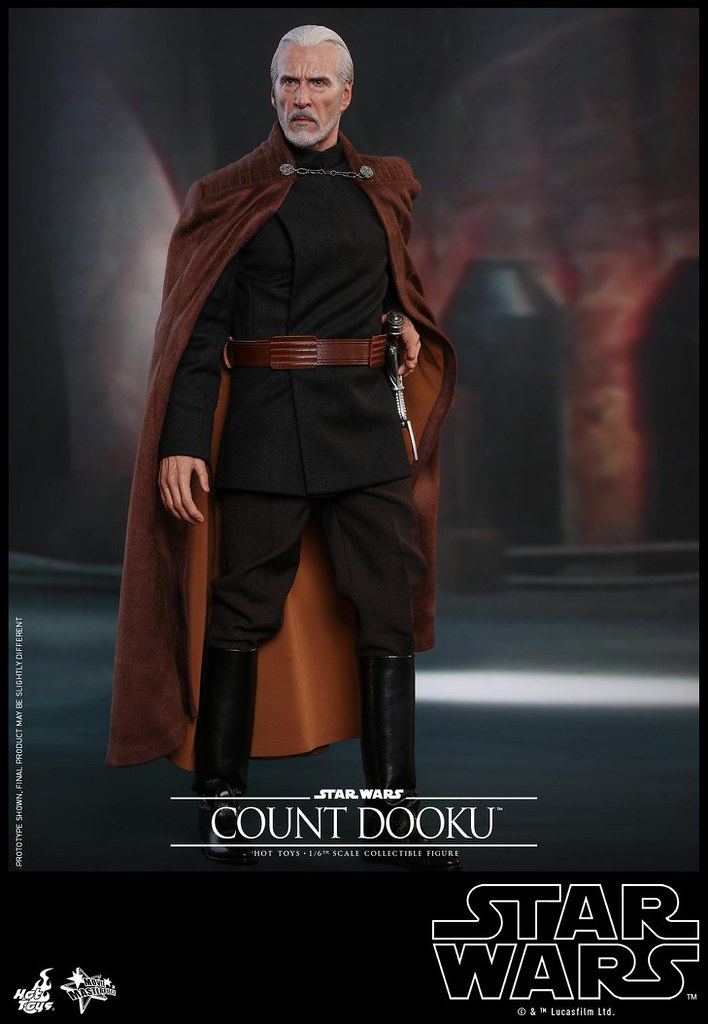 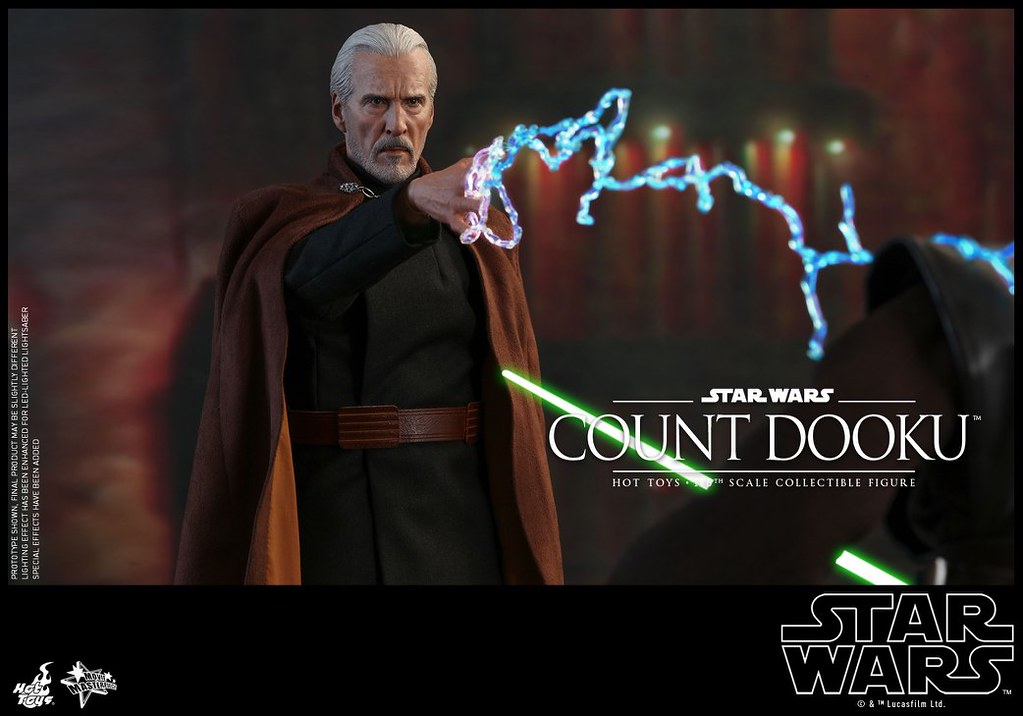 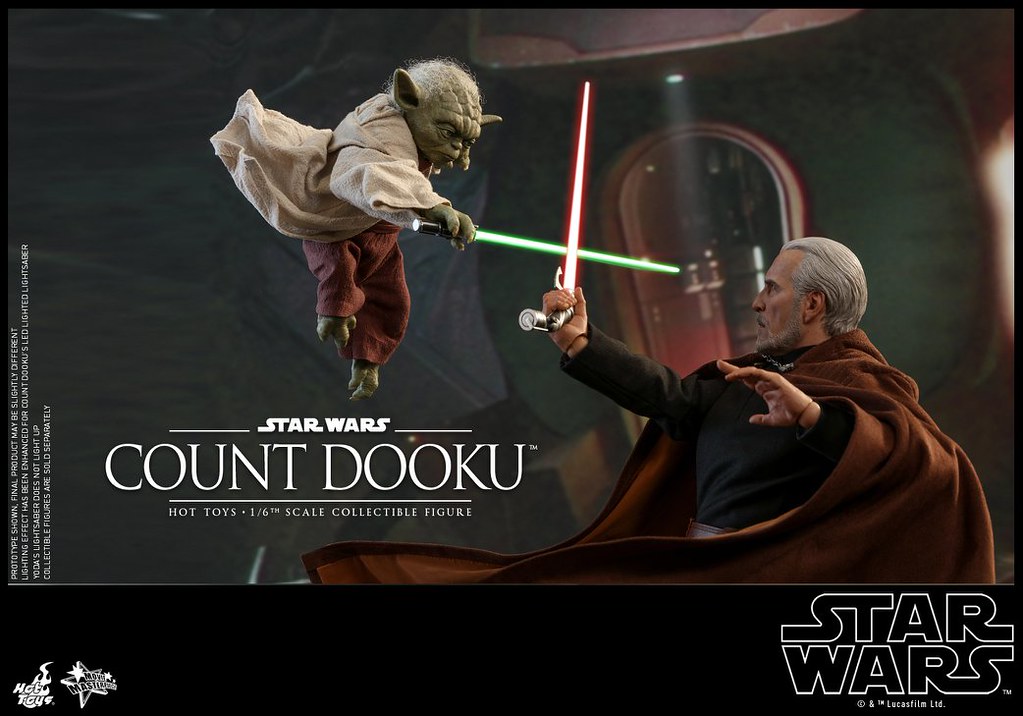 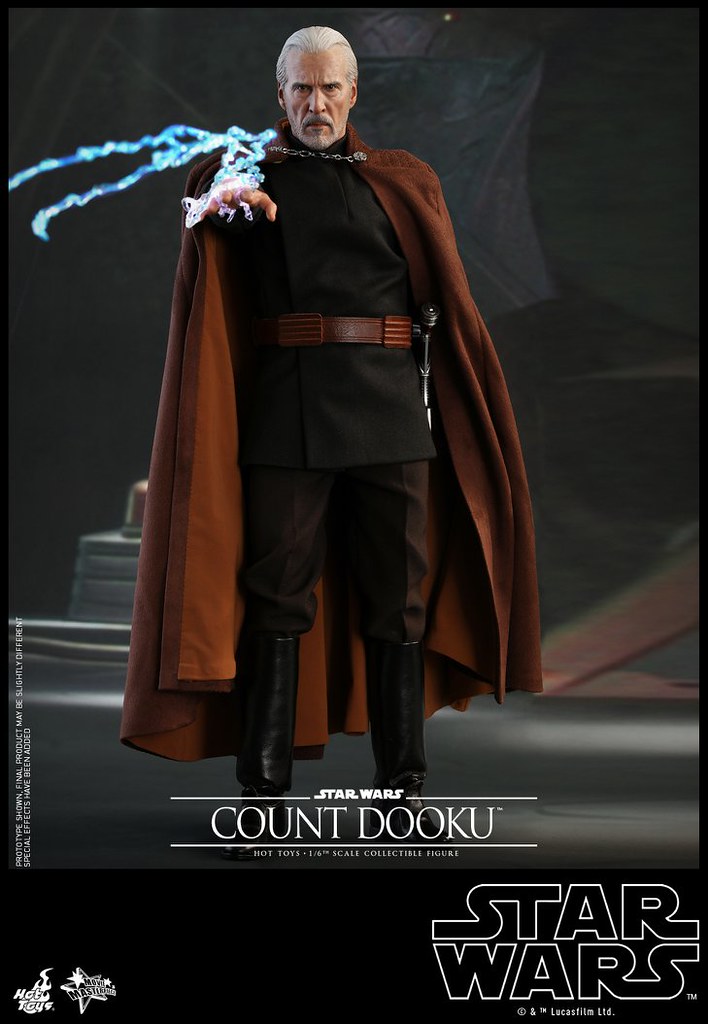 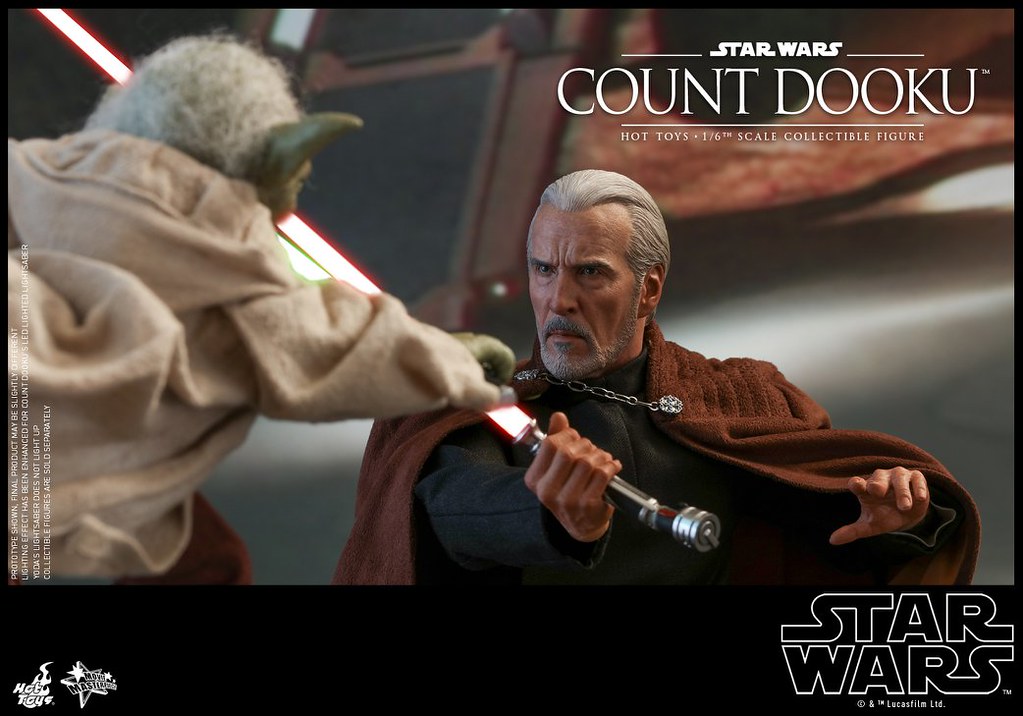 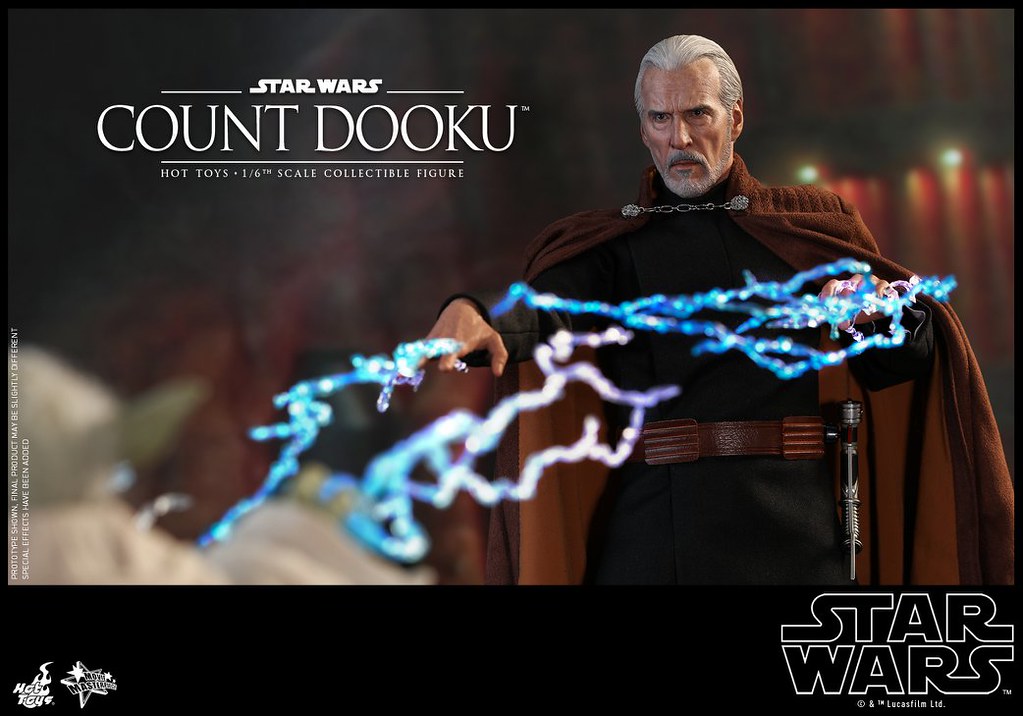 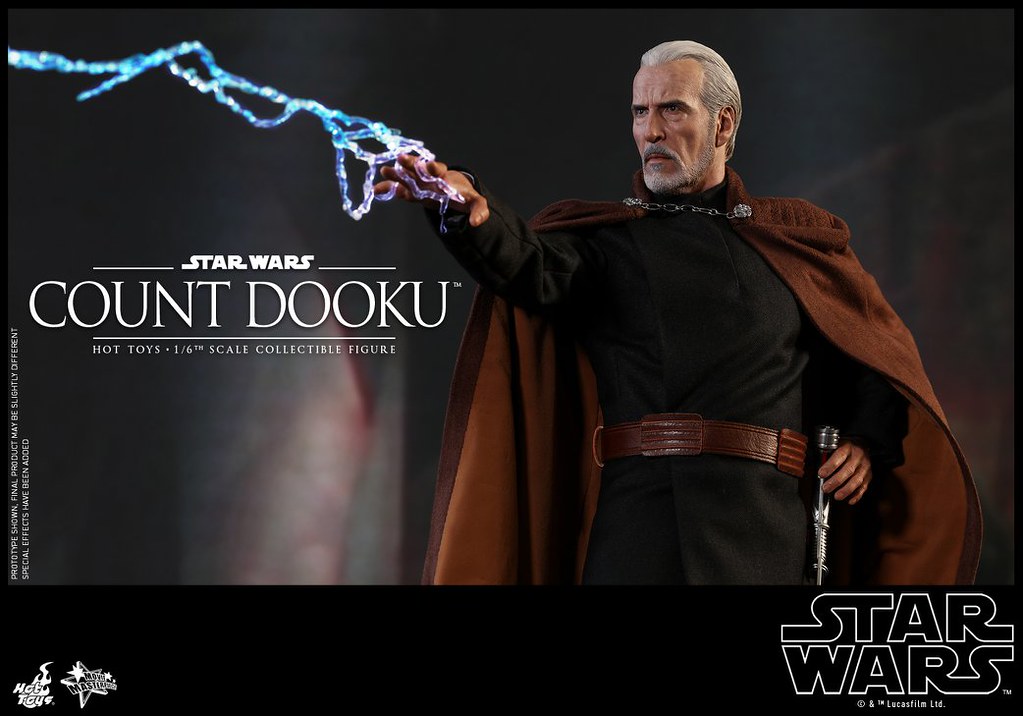 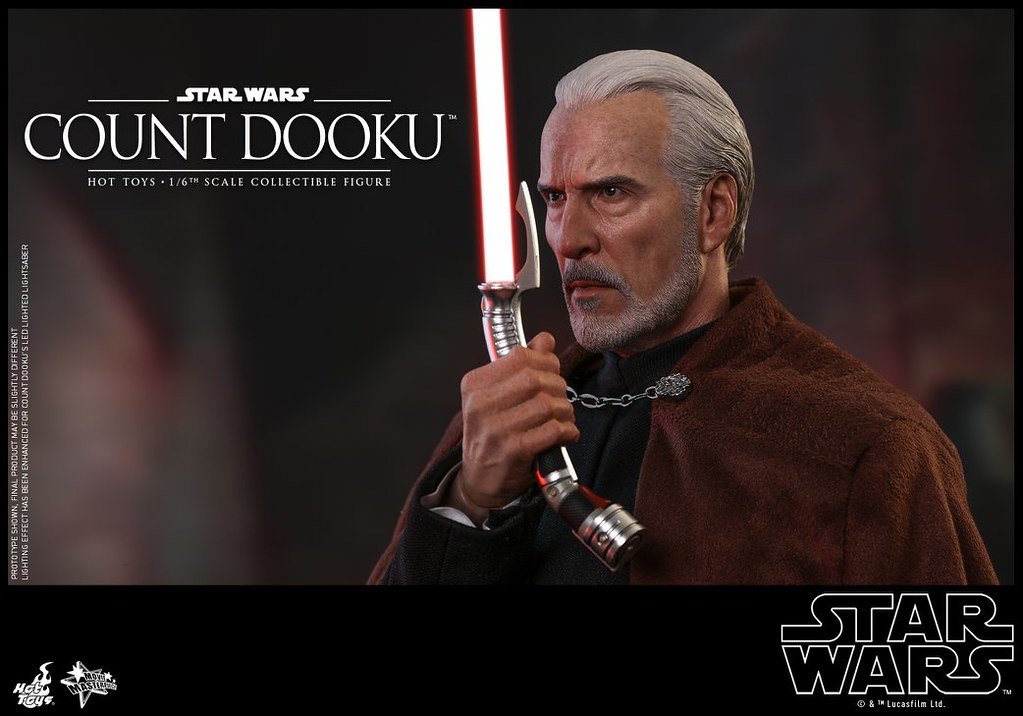 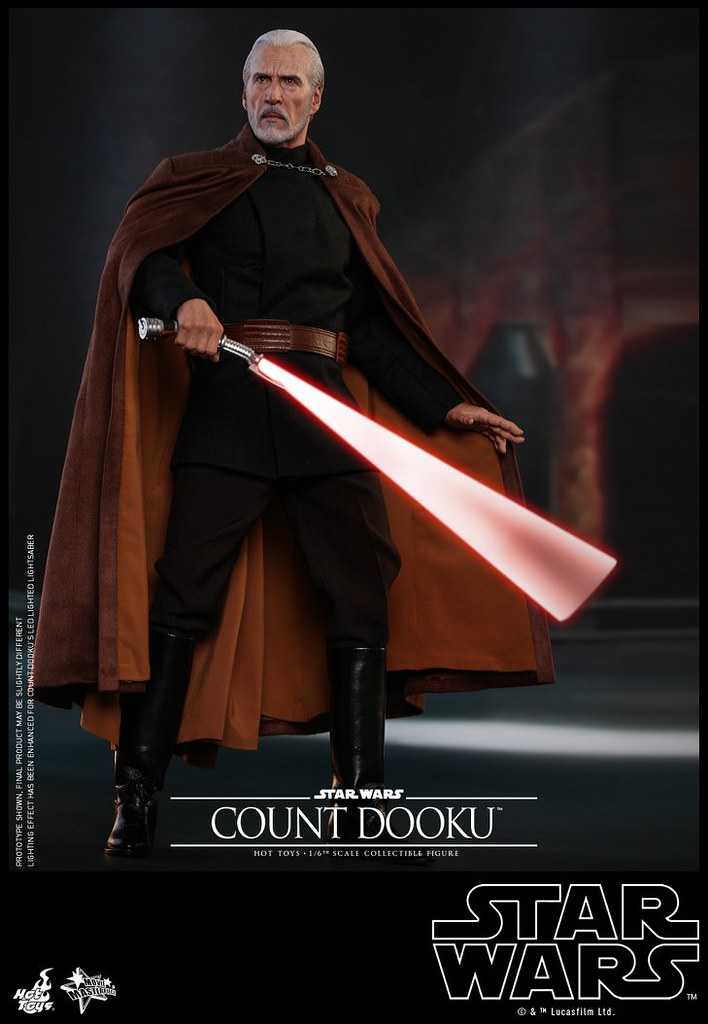