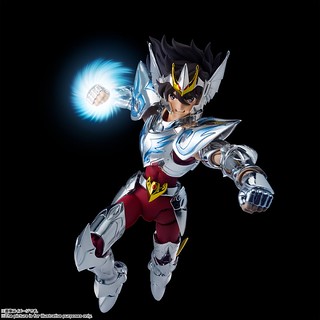 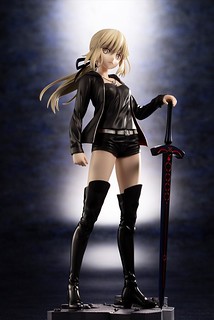 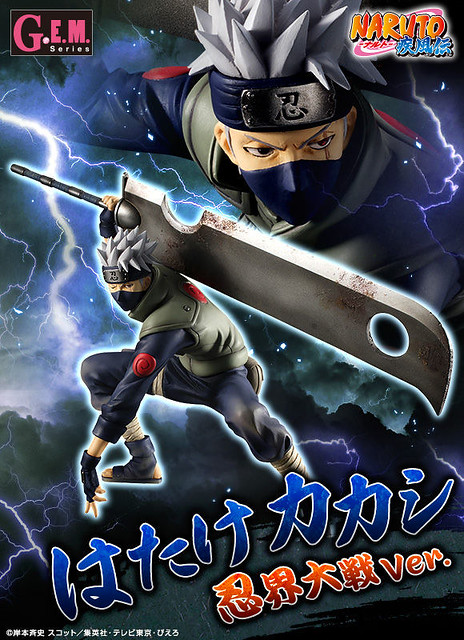 MegaHouse’s G.E.M. figure series, continuing its success with Naruto Shippuden projects, has unveiled the latest figure from the popular anime: Hatake Kakashi Shinobi World War ver.! Promotional images and product release information has recently been published on the official MegaHouse website. Inspired by the character’s design during the Shinobi World War, the figure presents Kakashi, the commander of the Third Division, in combat with the massive sword Kubikiribocho in hand.

Kubikiribocho is a sword belonging to the Seven Ninja Swordsman of the Mist, capable of regenerating itself using iron from the blood of its victims. The figure also includes a Mangekyo Sharingan head sculpt, and will be available from the Premium Bandai Online Shop, Megatreshop, Shonen Jump Online Shop, Jump Shop, Aniplex+, Amiami, etc. Pre-orders began June 1, 2018, so fans of the Naruto franchise will want to act quickly!

Naruto Shippuden is the sequel to the Naruto anime, continuing the previous story with Naruto and Jiraiya returning to Konoha village after two and a half years of training. The series first aired on TV Tokyo in February 2007 and ended March 2017 with episode 720. 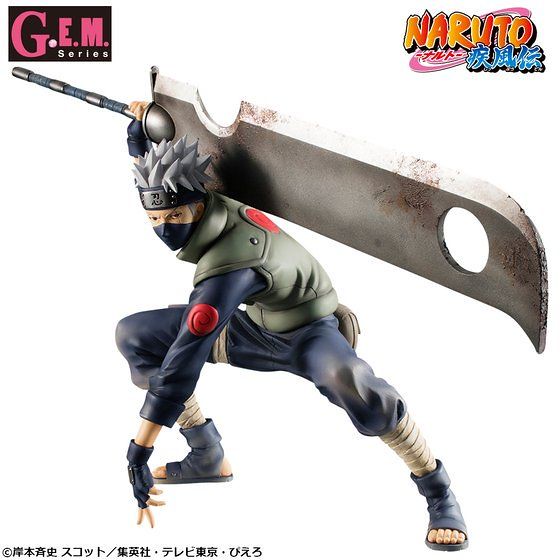 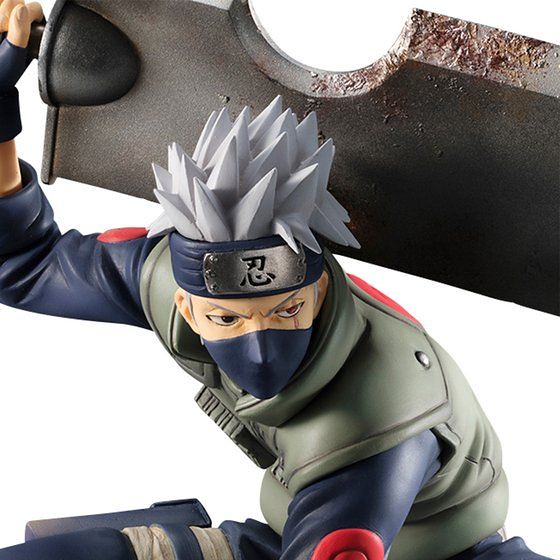 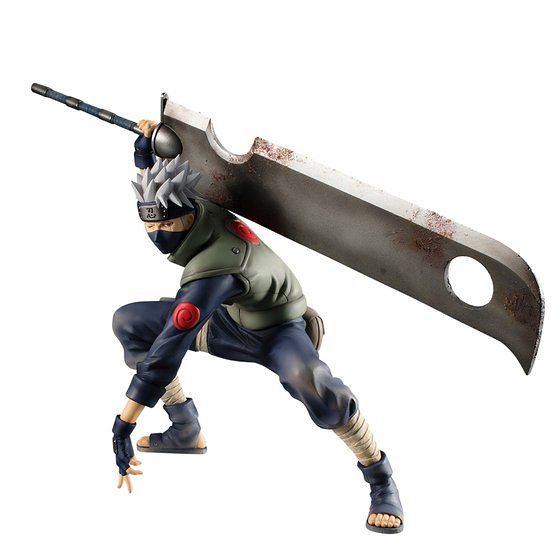 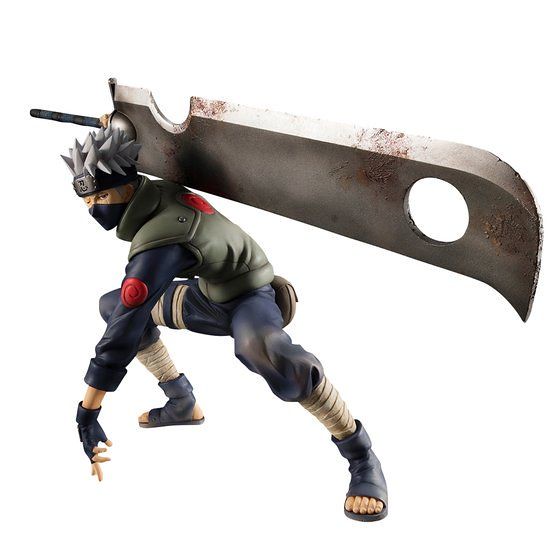 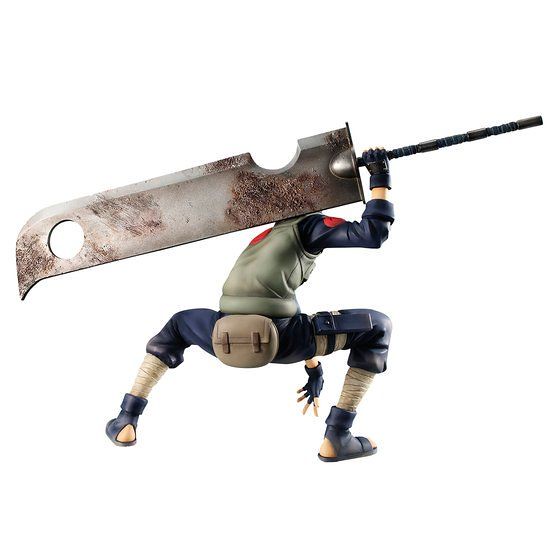 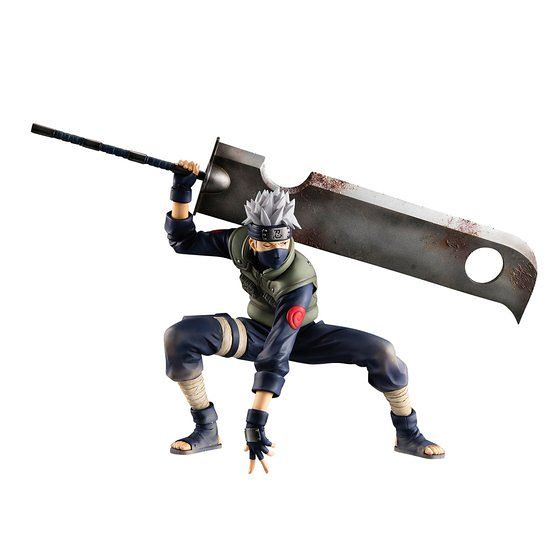 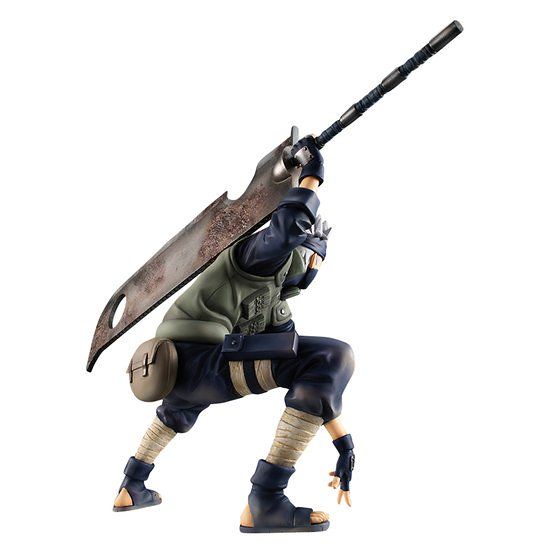 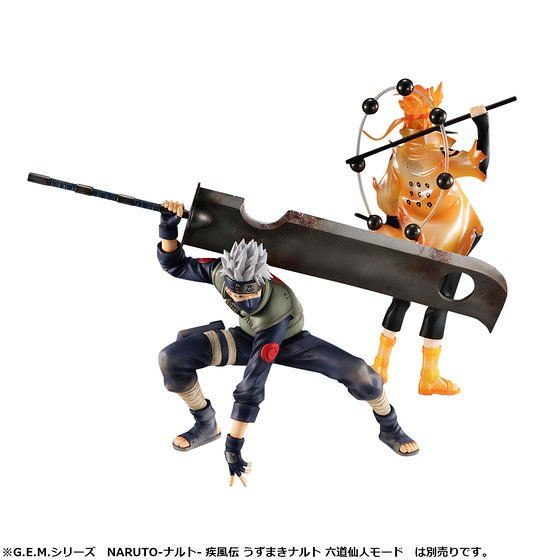 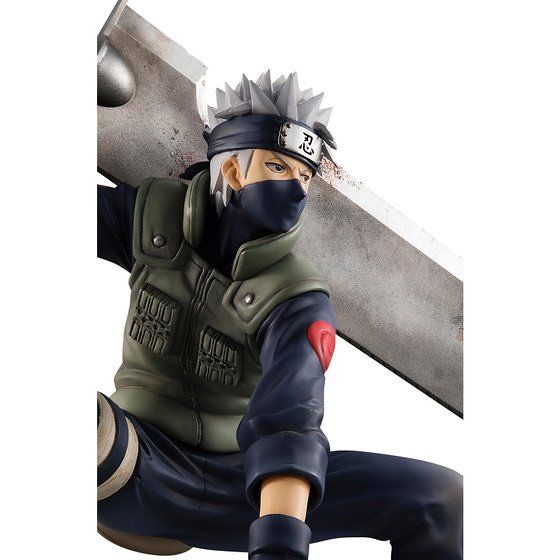