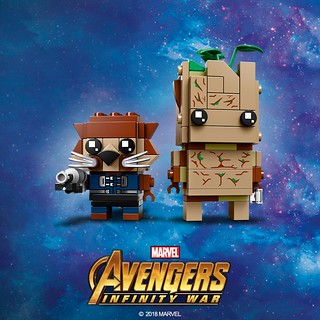 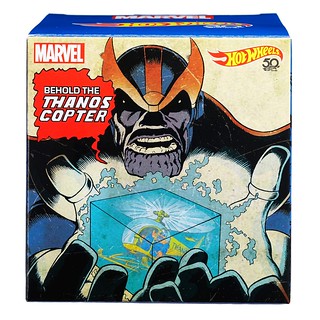 After releasing MMS 497 Ant-Man and MMS498 The Wasp 1/6th Scale Collectible Figures, Hot Toys, as part of their Cosbaby collection, has released COSB489 - COSB492 from the new Marvel Studios film Ant-Man and the Wasp! The collection is expected to release Q3 2018. 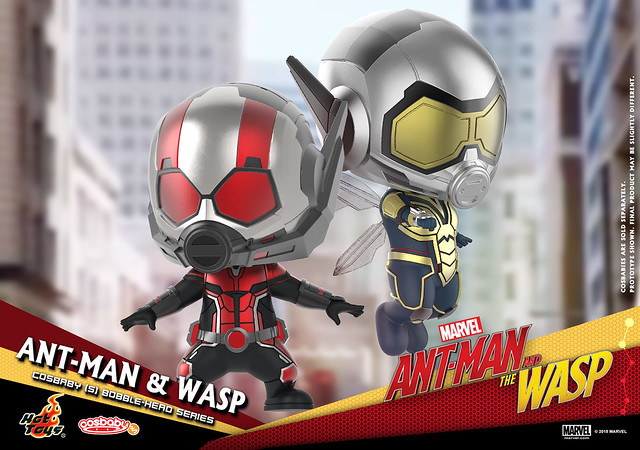 This wave of Ant-Man and the Wasp Cosbaby (S) Bobble-Head Series includes both Ant-Man and Wasp in adorable miniature form, as well as a Hot Toys original character Movbi. Even the ants have been rendered cuter, so entomophobic fans can rest easy. The figures are based on their new cinematic designs, ranging from 2-12 cm (0.8"-4.7") tall. The two protagonists' suits have been finely crafted in brand new chibi scale with lovable large heads! 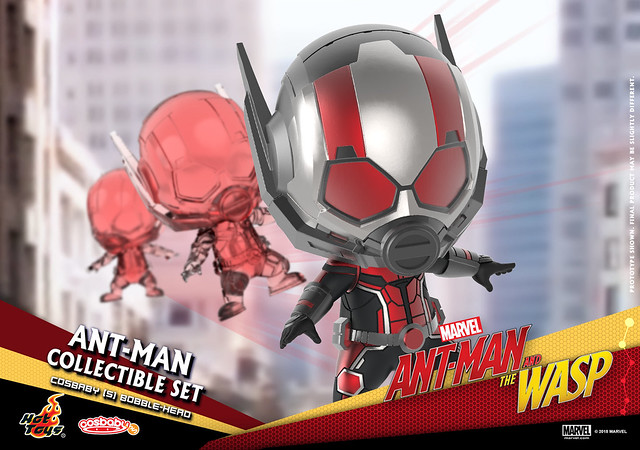 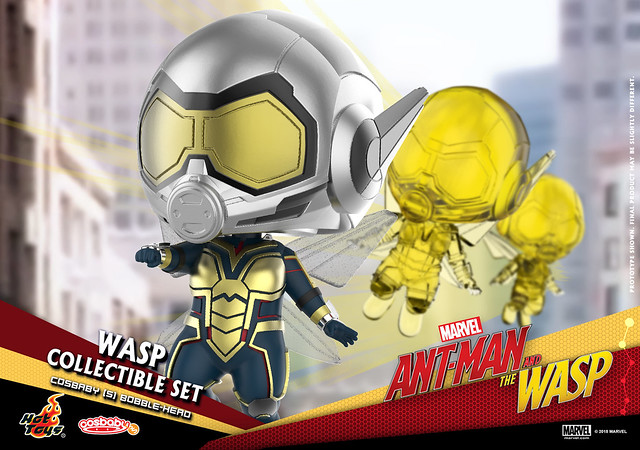 The miniaturized figures capture the heroes' red and gold shrinking states with a translucent material, including a 2 and 4 cm (0.8" and 1.6") version to create fantastic shrinking and expanding effects! The ant's wings also feature realistic wing patterns, while Movbi is watching the movie in a comfortable seat with a delicious hot dog sprawled out on his lap. The highlight, however, is definitely those movie-themed 3D glasses, which feature insect-like hive patterns! 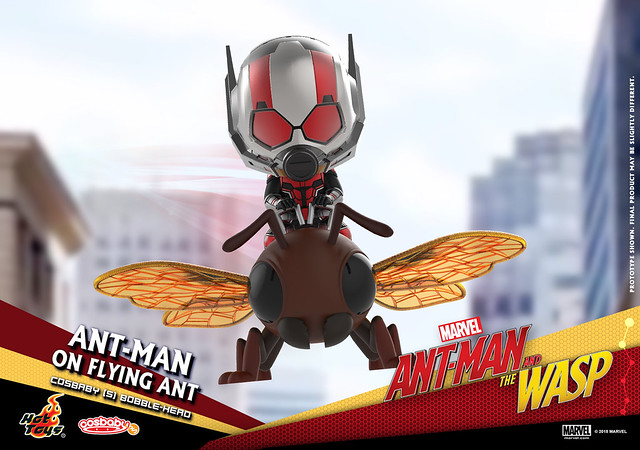 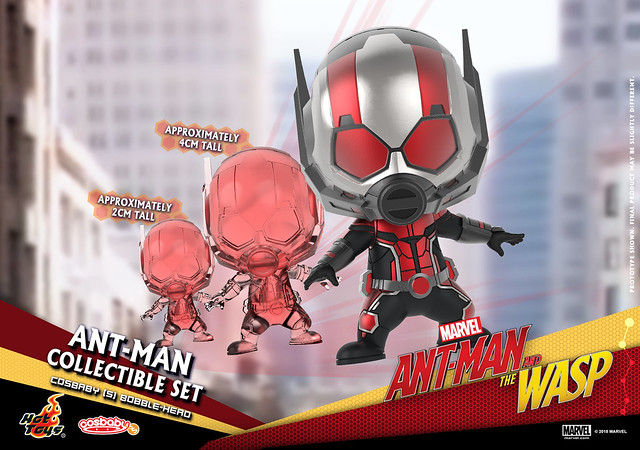 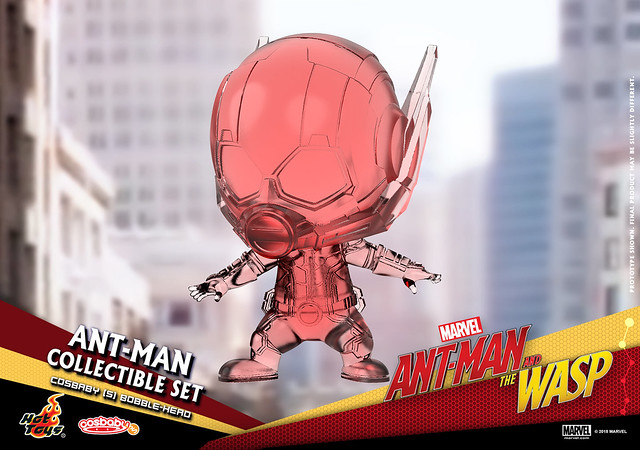 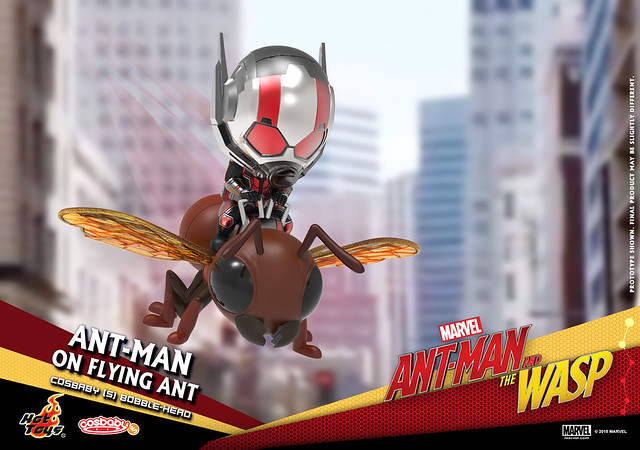 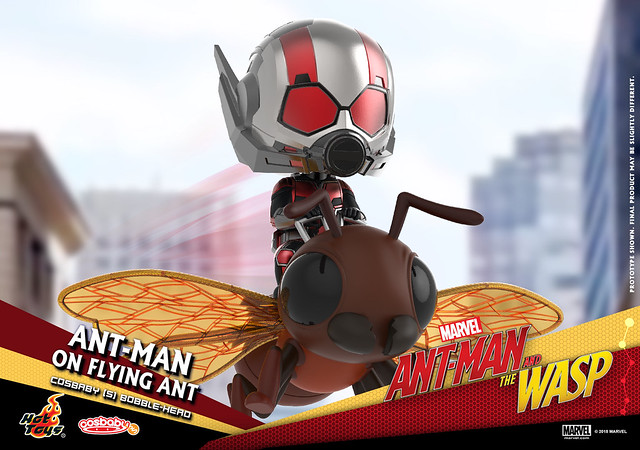 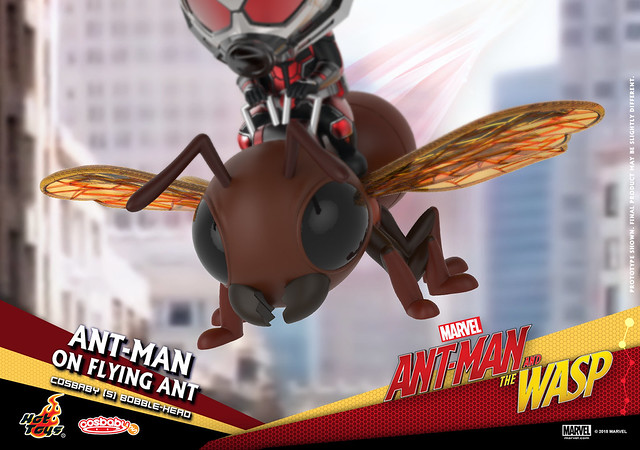 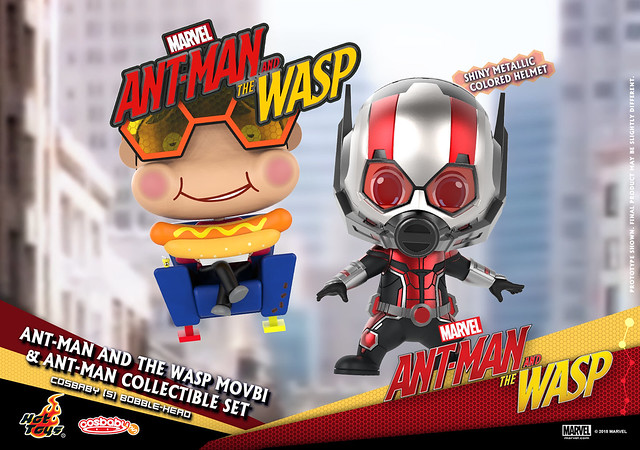 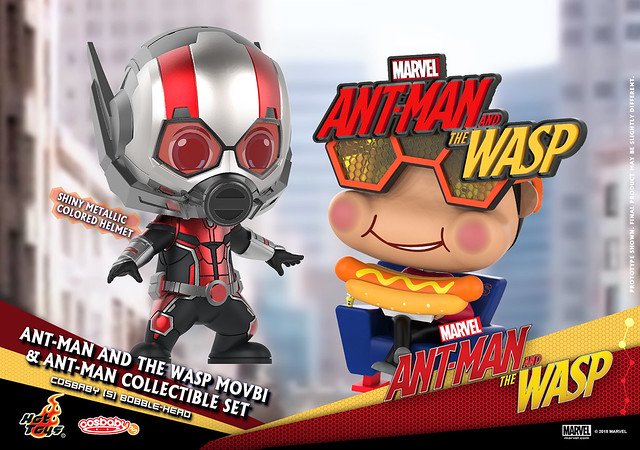 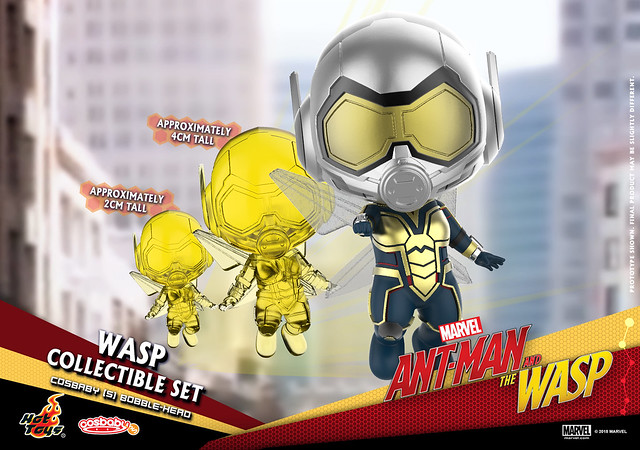 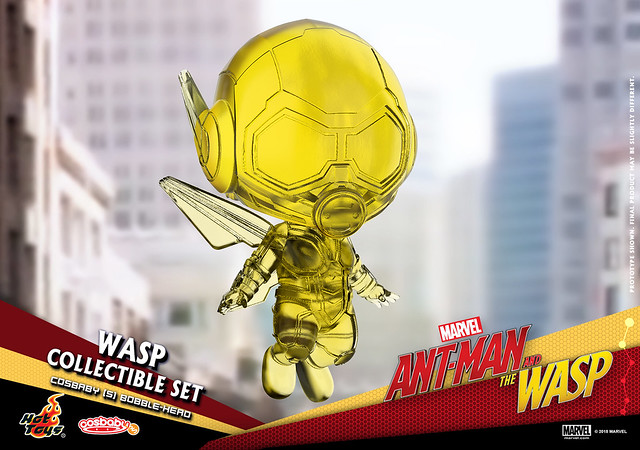 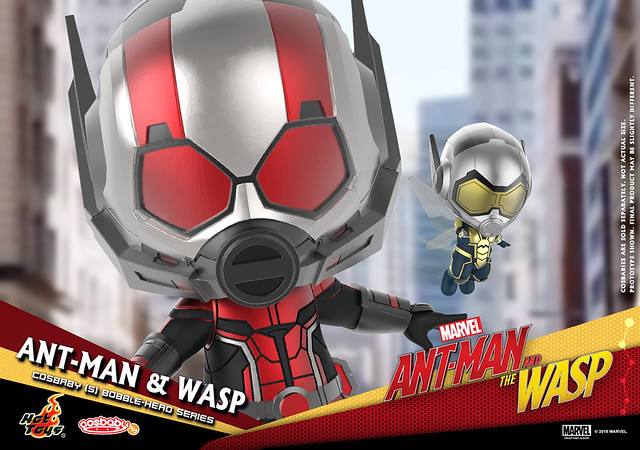